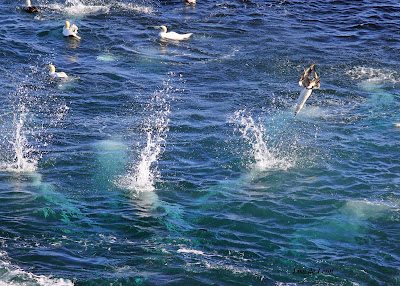 Ahh..the great outdoors! There is an abundance of sights and sounds nearly everywhere you turn. 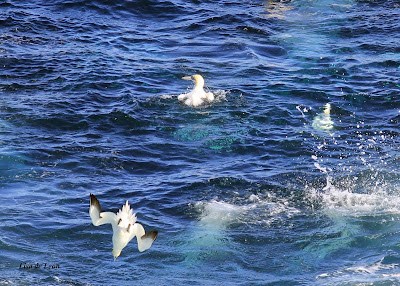 A short trip to Cape Spear on Wednesday morning brought me to the edge of the cliff where a hundred Northern Gannets were madly diving near shore. 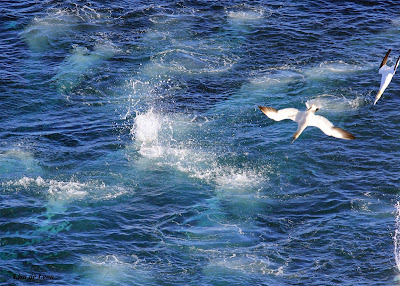 What a show! I really needed a video camera to capture the amazement of this event. 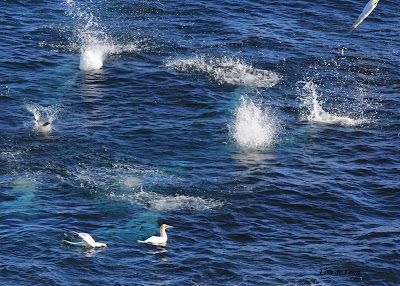 Given the time of the year, I wondered if the capelin were in. I watched and watched but never saw the birds come up with any fish. It must have been something rather small attracting them. 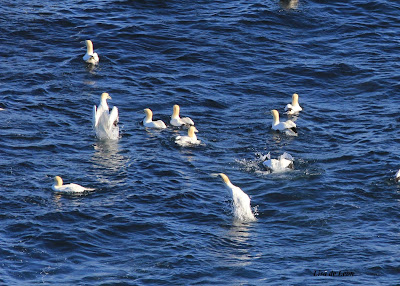 The gannets seemed to burst up out of the water with the same vigor as they dove in. The only other birds in the area were three Razorbills some distance away. No sign of any whales. When the capelin do move in, there will be a greater variety of birds and whales in the area. 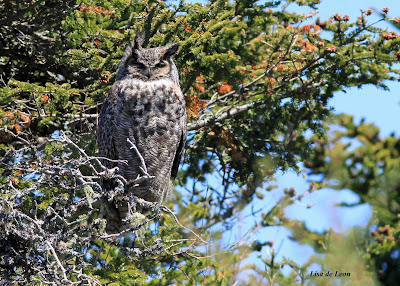 Taking a long walk down a country road, landed me square in front of this Great Horned Owl roosting in the open. On the way in the road, it watched me closely as I walked by. 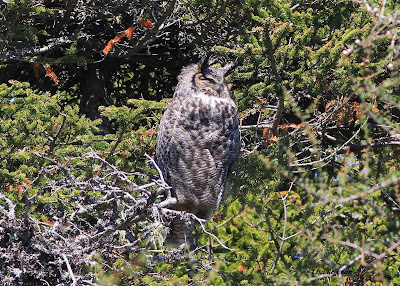 On the way out of the road, I found it nodding off. 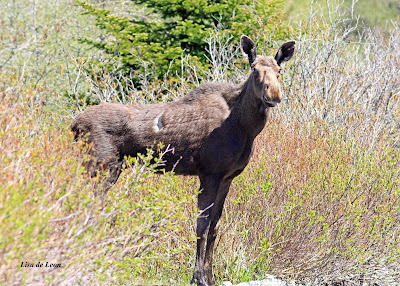 Then, in the same area, I had my yearly encounter with a yearling. I was wishing the owl would wake up and come to my rescue if necessary. 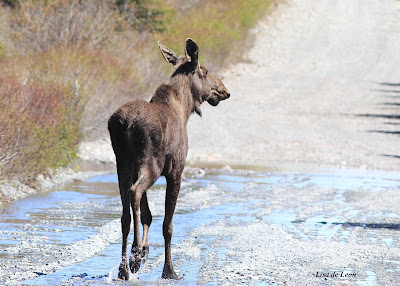 We had a stand-off for nearly five minutes. During those five minutes, I made my plan of escape if necessary, never made eye contact with it, and froze in place. We were less than 20 feet from each other. I sized it up closely, noticing a large, healed gash on its side. I was hoping it was not inflicted by a human. 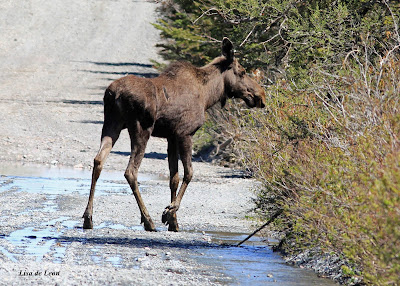 It was with great relief when the moose turned away from me and headed up the road, quickly finding a place it could easily slip into the woods. Whew! Scary as it was, it is moments like all of these that lure so many people back into the great outdoors time and time again.
Posted by Lisa de Leon at 7:23 AM