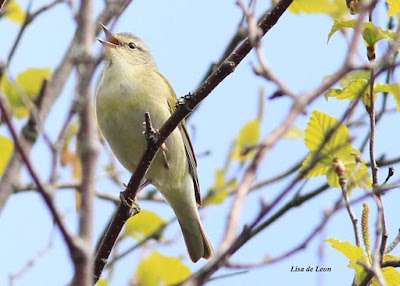 Even though the Tennessee Warbler is a common breeder in this province, I have seen very few of them on the Avalon. Catching a brief glimpse of one at Bidgood's Park earlier was already exciting. 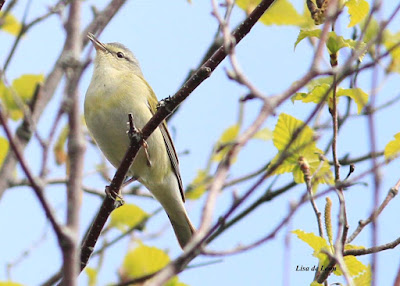 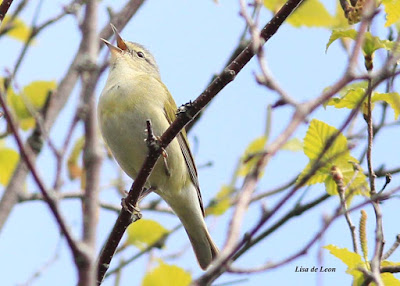 When I located it sitting high in a tree about 15 feet from the trail, I was spellbound. Its colors are not particularly stunning like a Magnolia, but its pale colors and its grand song made it look particularly attractive on this day. 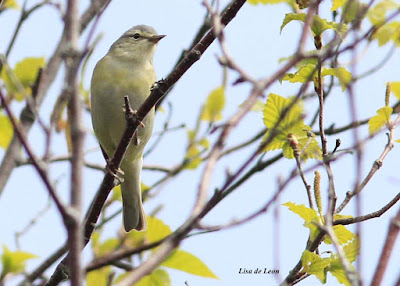 It only stopped long enough to check me out and then relocated to begin its song anew. 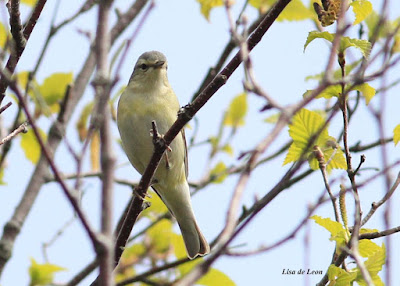 There were, in fact, two Tennessee Warblers reported on the trail. Maybe, just maybe, it will breed in the area. 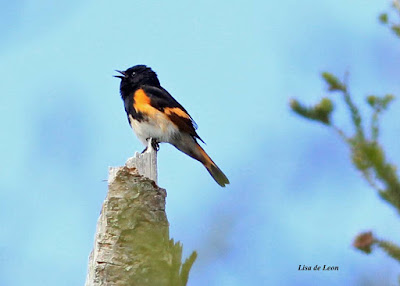 Not far up the trail, I happened upon this American Redstart also singing its territorial song. Oddly enough, this was a very windy morning, but the trail remained calm. It was ideal conditions for viewing these lovely warblers.
Posted by Lisa de Leon at 11:33 AM