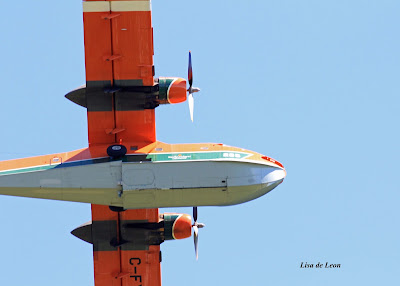 When I should have been pulling weeds, I was out walking around, listening and looking upward. Unfortunately, the only thing that buzzed me really close was this little plane. I couldn't even get a shot of the whole thing because it was so close. 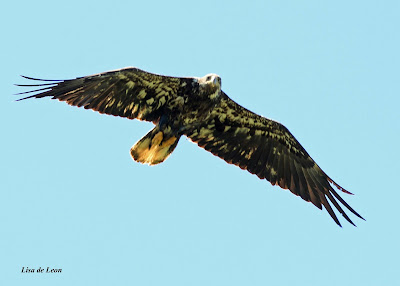 Even without rarities, there is always something to enjoy and ponder  (These shots are not in the order in which I saw them.) Birds in flight just appear, often high and far away This should have been just another typical Bald Eagle sighting, but it seemed different. 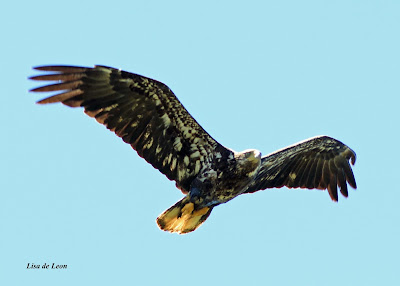 This is the first-ever eagle I saw with blue eyes. I wonder if the eyes change from brown to blue to yellow as it matures. This one seems on the edge of maturity. It left me wondering. 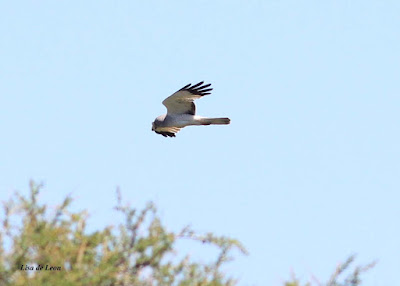 Then, there was this Northern Harrier, much too far away. It was activity hunting as it skirted over the treetops, then ascending only to spiral into a dive. 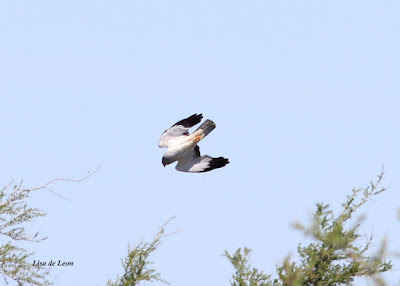 I watched for over ten minutes as it hunted. After this particular dive, it disappeared. I assume it finally got something to eat. Interestingly, there was another Northern Harrier sitting in a tree nearby watching the action. It was an exciting display of nature. Soooo glad I didn't do yard work today. 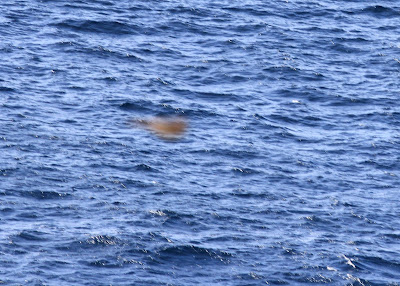 Now this one... happened yesterday. Believe it or not, this is a female American Kestrel. As I was walking along the fence behind the old lighthouse at Cape Spear, it just appeared flying along the rock face. I couldn't get my camera up over the fence quick enough to get a shot.Since it didn't seem to go far, I walked beyond the lighthouse and sat for quite a while hoping it would reappear. It didn't. 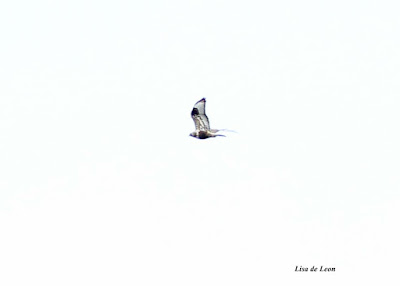 This immature Rough-legged Hawk, like the others, just appeared in the distance along Pouch Cove Line a couple of days ago. It was very far way, but I did manage to get a few shots of it. It was a beautiful bird. 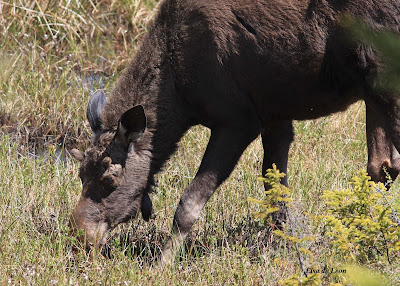 Then, of course, I was buzzed once again by a close encounter with an young male moose. 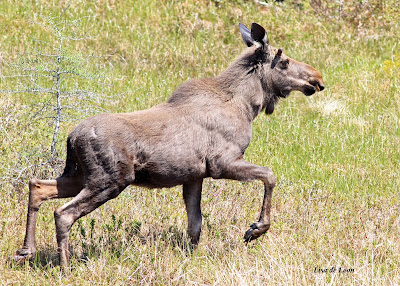 I first heard it bellowing in the woods, so I worked my way to a location where I could get a good look at it. It is amazing how quickly they can move when they want to with a tremendous amount of power. Will my yard ever get the attention it needs? Hard to say. With good weather days so scarce, I am just drawn to play instead of work.
Posted by Lisa de Leon at 7:17 PM