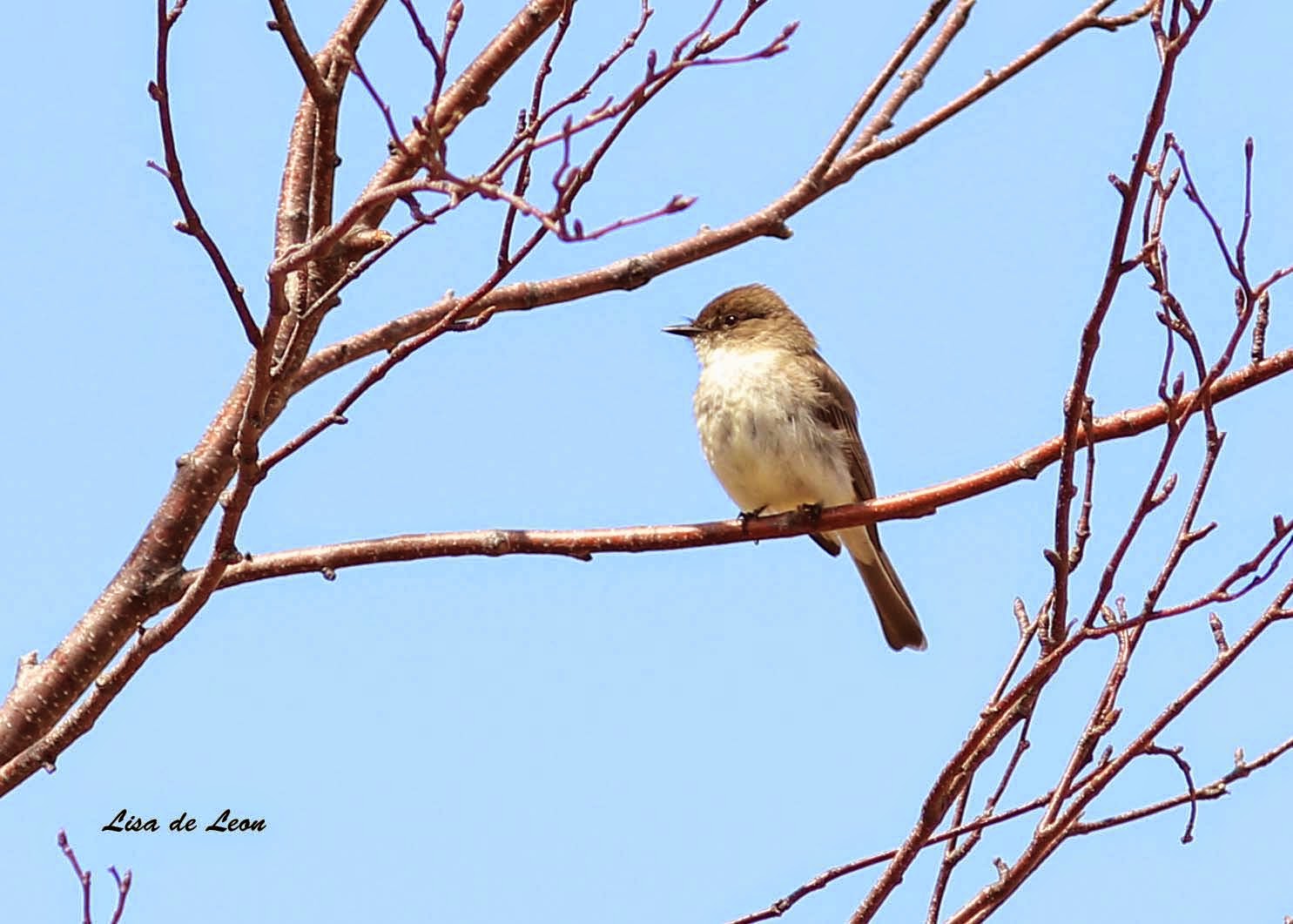 Yesterday was slated to be the best weather-day of the week ahead. It was a must to get out and try to find some incoming warblers. Several days behind schedule, I thought for sure we could come across a Yellow-rumped Warbler, White-throated Sparrow, and a Ruby-crowned Kinglet. 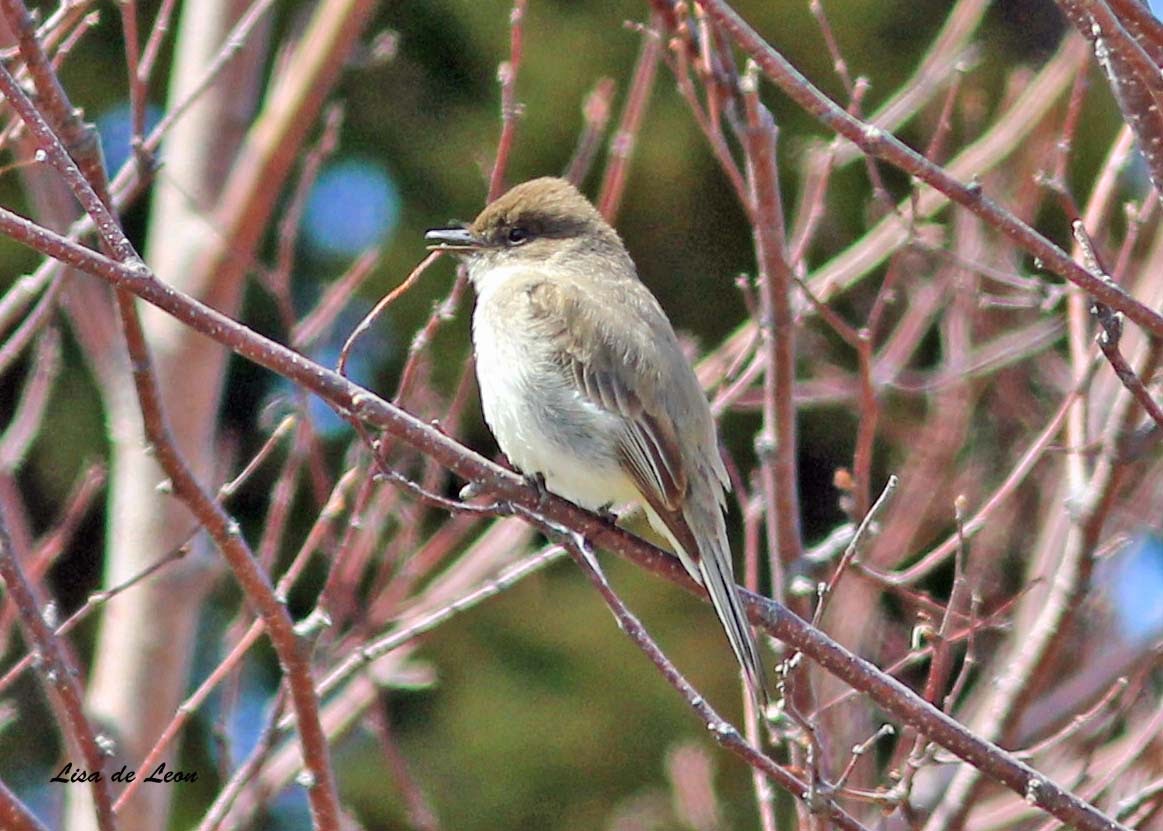 With these birds in mind, Margie M. and I got out and walked several trails. The overcast sky and a cutting north wind seemed to have driven the birds low in the trees and taken their voices away.  We heard a few Fox Sparrows along the way, but nothing to brag about. 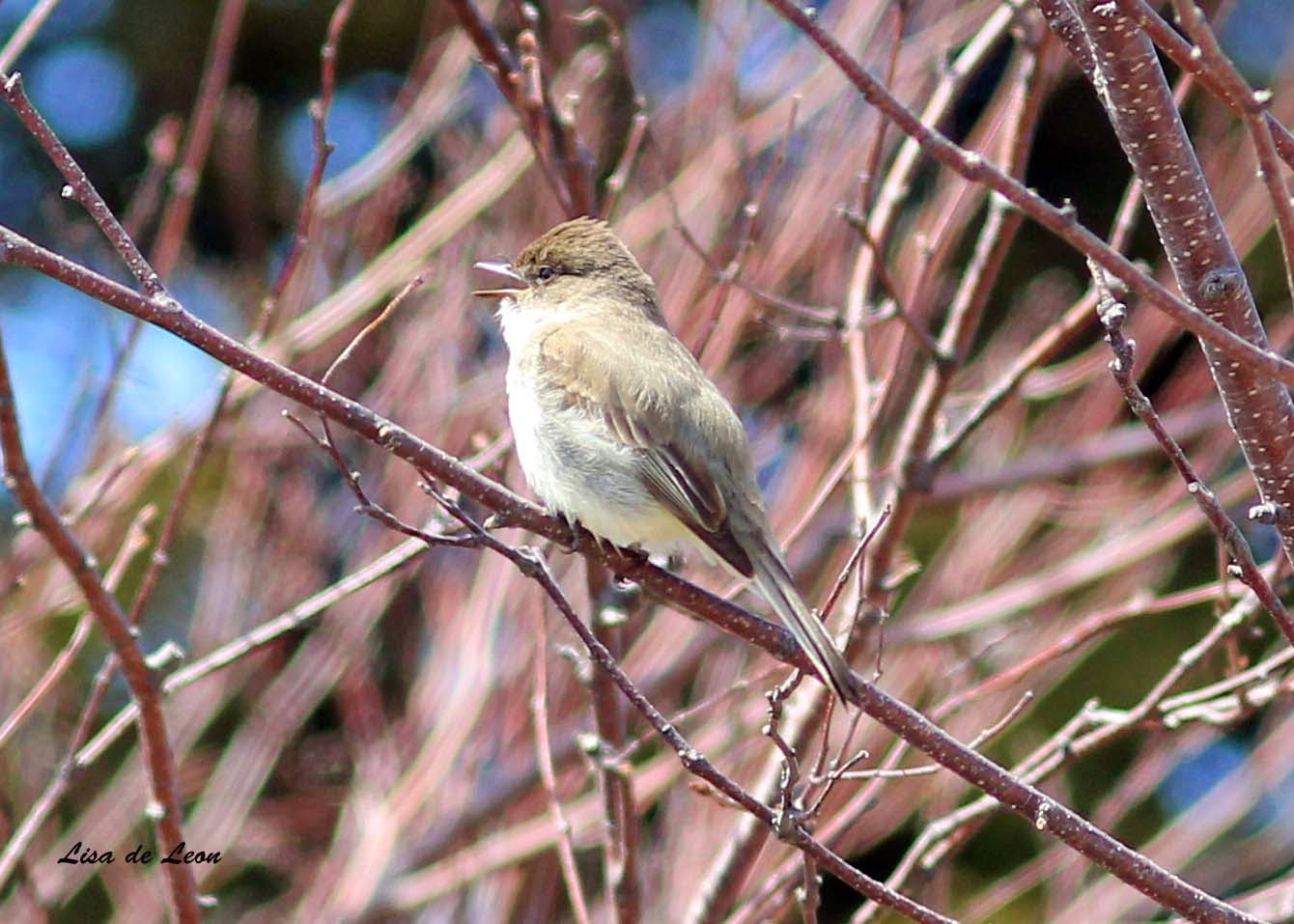 Among the small birds, we saw juncos, goldfinch, both species of chickadees, Purple Finch, Song Sparrows and Fox Sparrows. 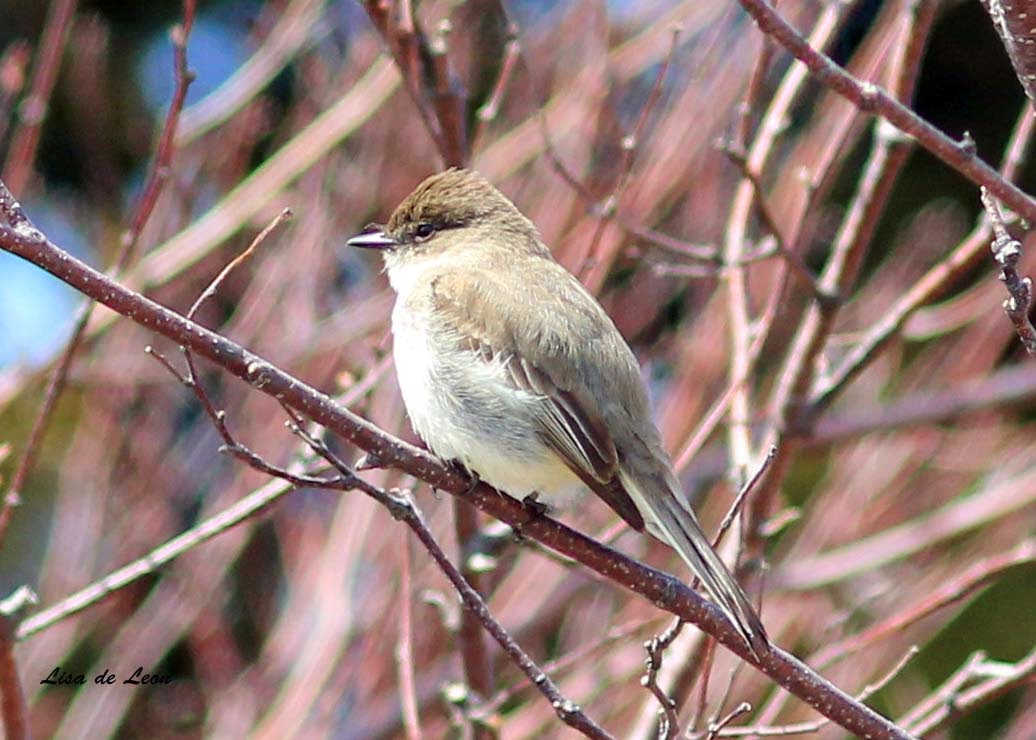 By noon the sun began to peek out from behind the clouds, and the world brightened and warmed up. The sparrows found their voices, and it was like early morning as the birds began to move about. 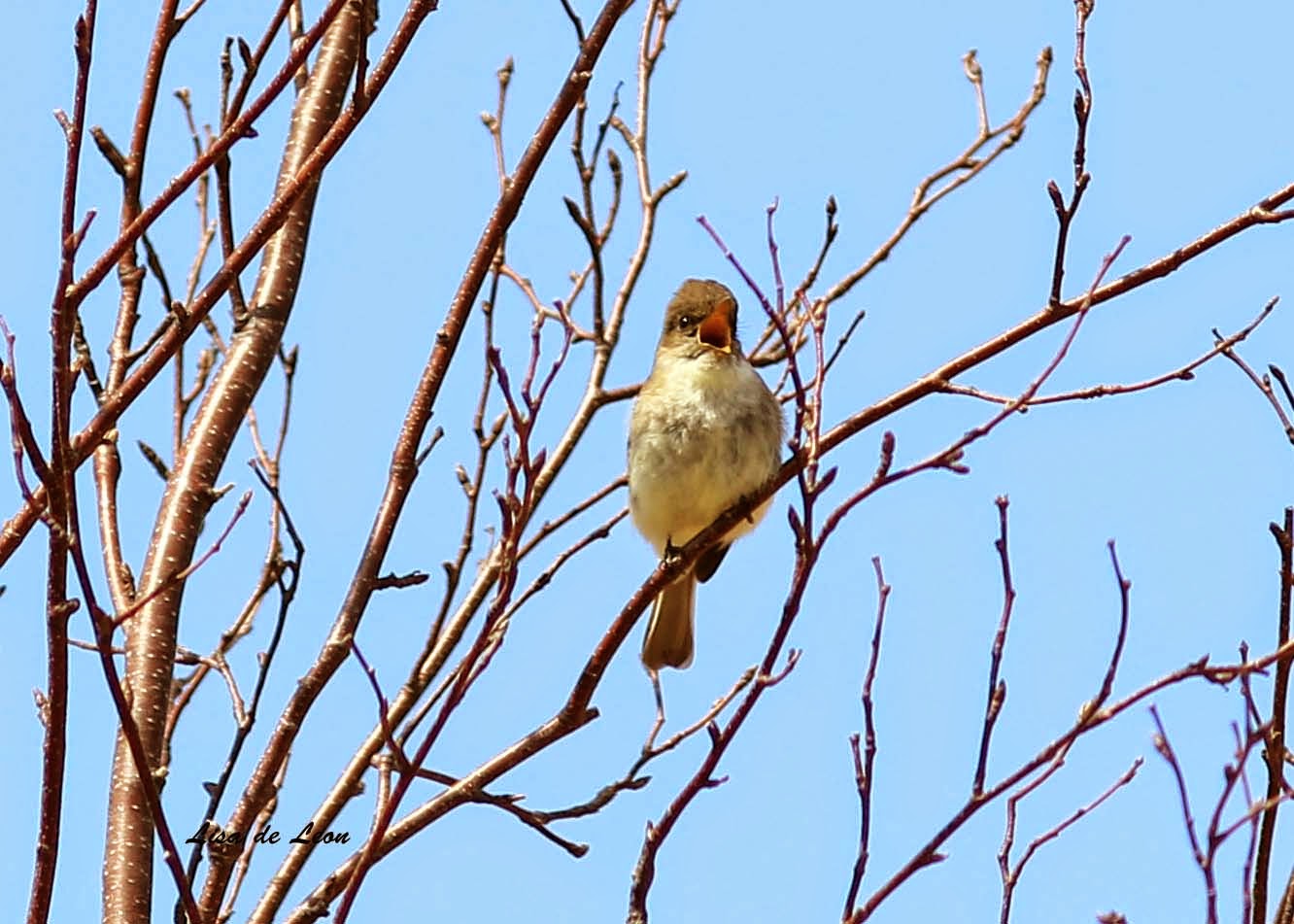 The fast-paced walk transitioned to a slow, comfortable stroll, and we covered most of Bidgood's Park. It was on the final stretch returning to the car that the magic happened. 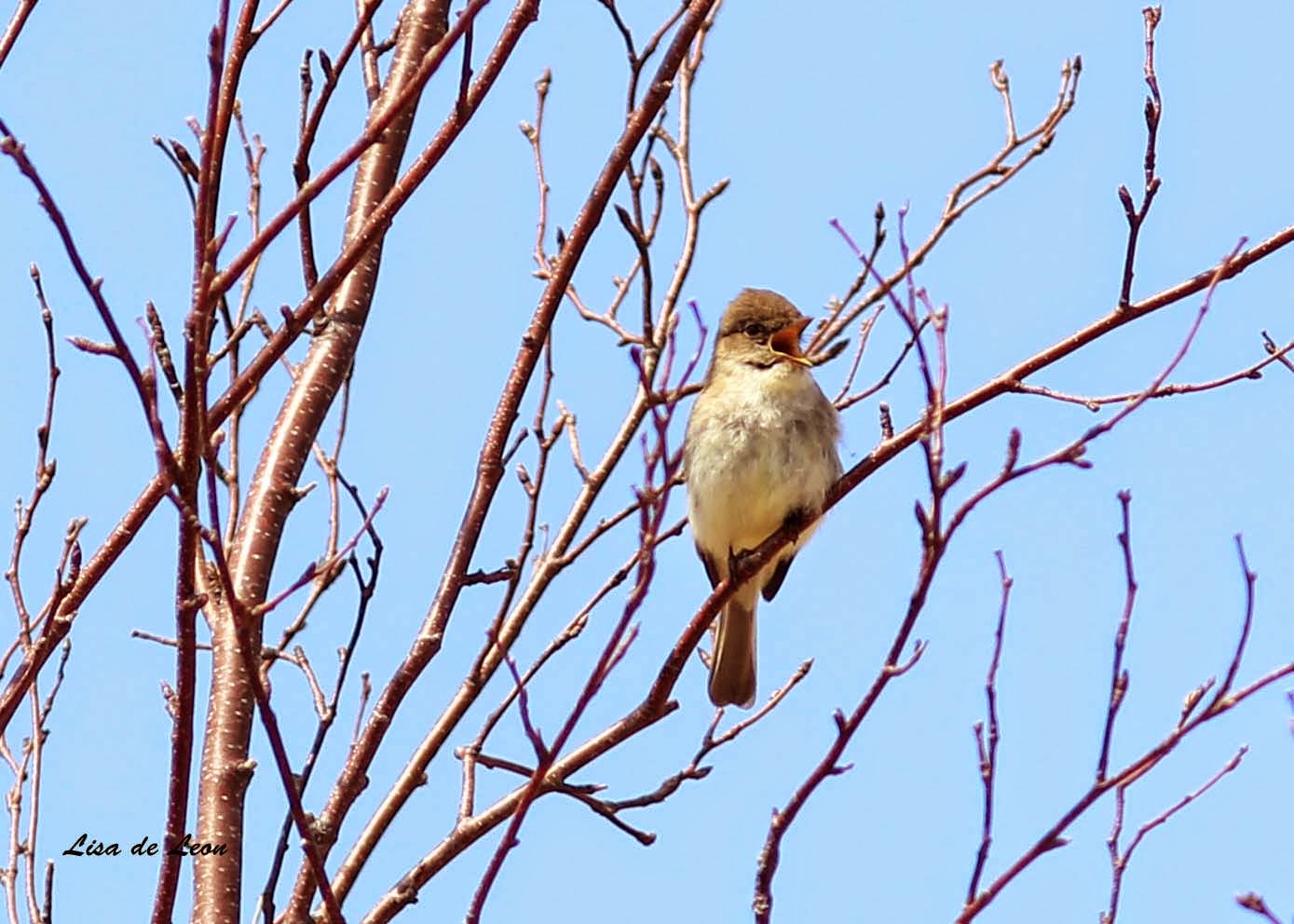 As we crossed over the bridge going to the parking lot, we flushed a bird from underneath us. Right way we both knew it was a good bird. It landed in a tree where we got a few pictures and a pretty good look at the bird. Then, it flew down. I went one way and Margie went the other. It was Margie that relocated the bird, and I soon joined her. 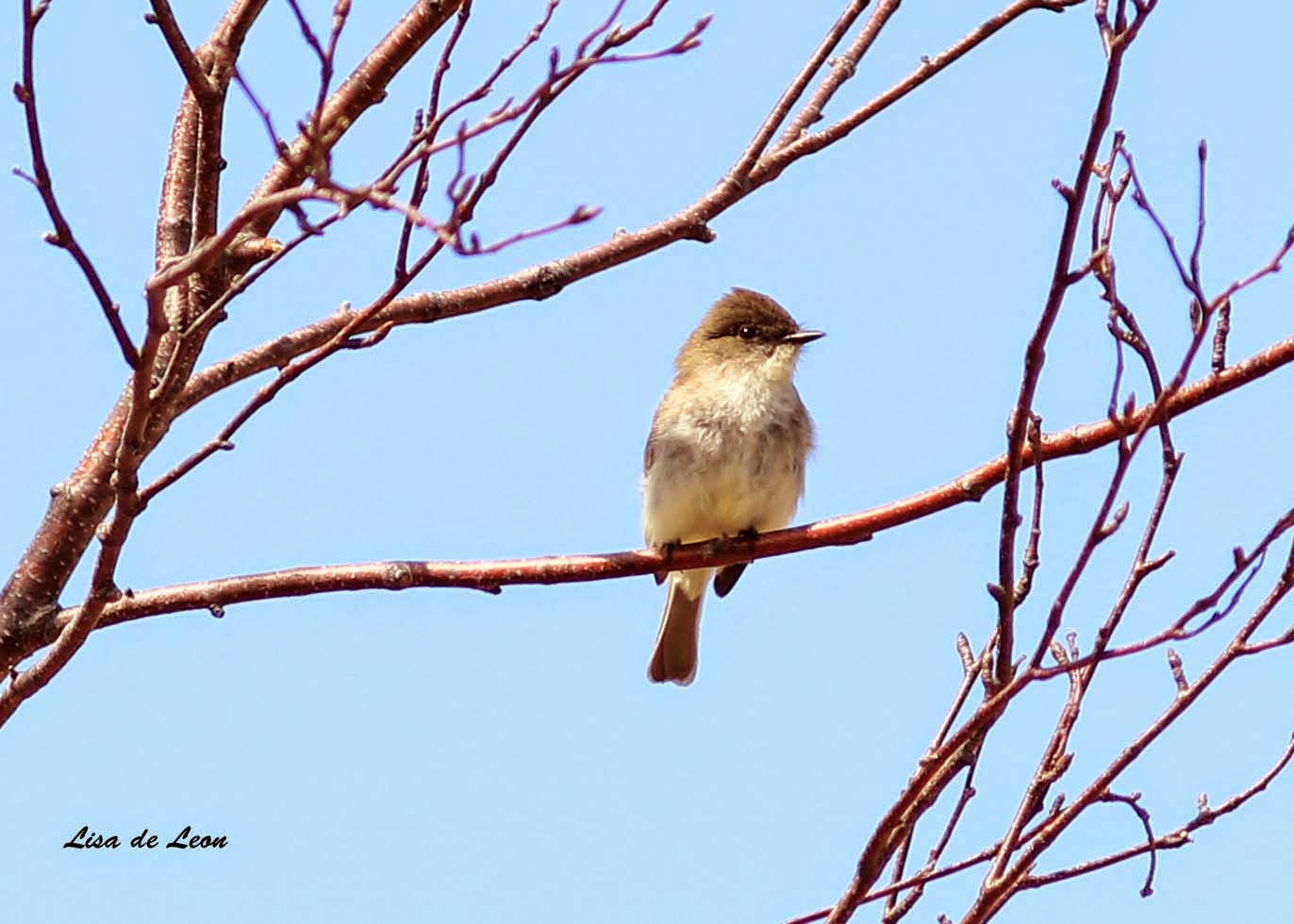 Knowing this was a flycatcher, I wasn't sure which species. Once again, it was Margie who pegged it as an Eastern Phoebe. Hooray!  We enjoyed watching the bird for a while and soon got the word out through Bruce Mactavish of the special visitor at Bidgood's. 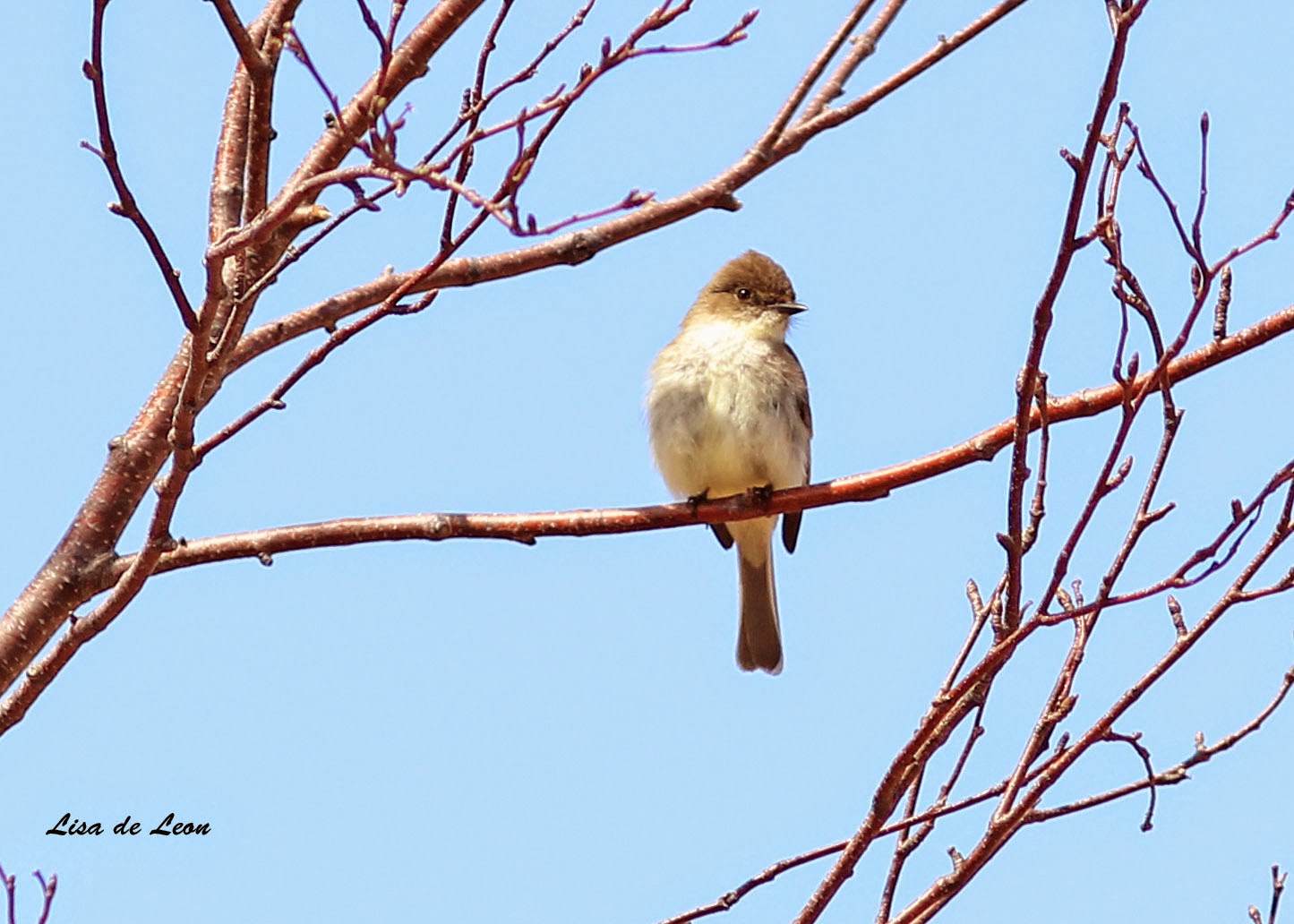 This is a "life" bird for both of us, and we soon found out that was the case for the numerous birds who began to rush to the area. Now, let's hope the flood gates have opened and the long-awaited warblers will drop in every day now. Reports from the West coast of the province indicate the inflow has begun. At last!
Posted by Lisa de Leon at 6:39 AM