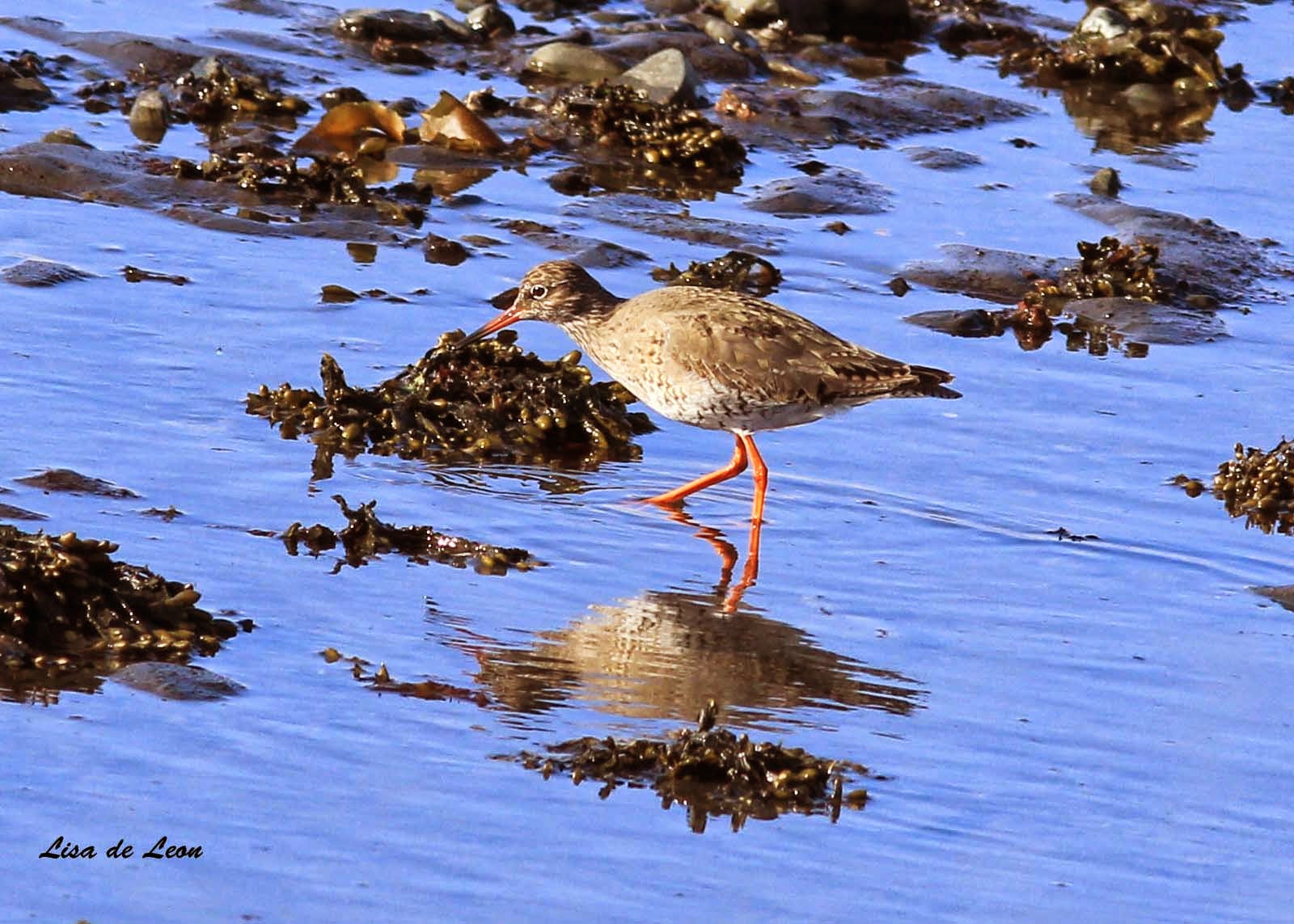 When setting out on a day-birding trip with Ed Hayden and Catherine Barrett yesterday, I was not expecting to see a CAT 5 rare bird. 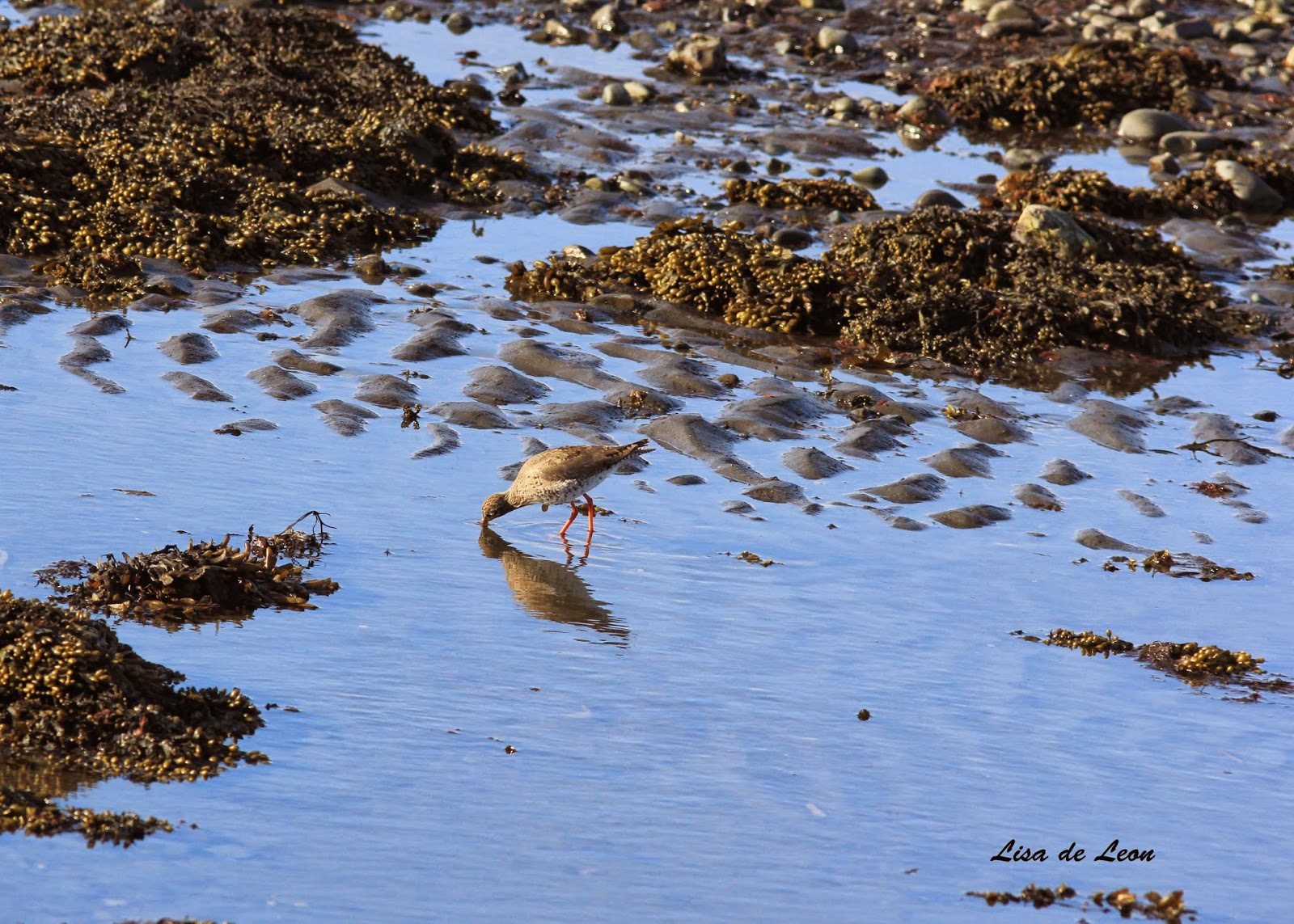 Yet, before the sun fully rose, we received a call from Bruce Mactavish about the find he and Ken Knowles made at Renews Beach... a Common Redshank. 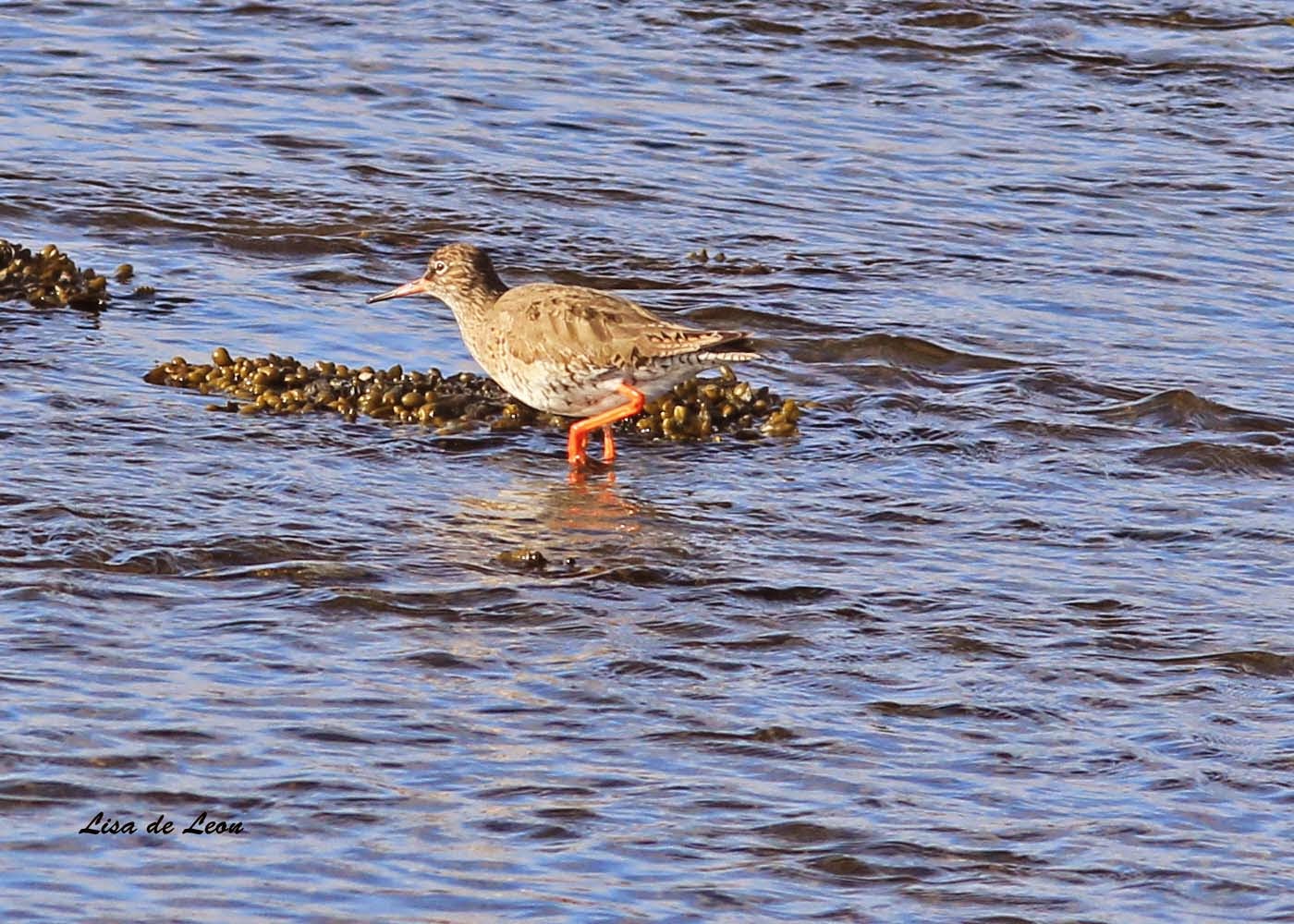 Opting to bypass all of the other usual stops on the way, Ed made a B-line to Renews. There in the morning light was the shadow of a medium size shorebird with a stunning red beak and matching legs busily feeding in the wash. 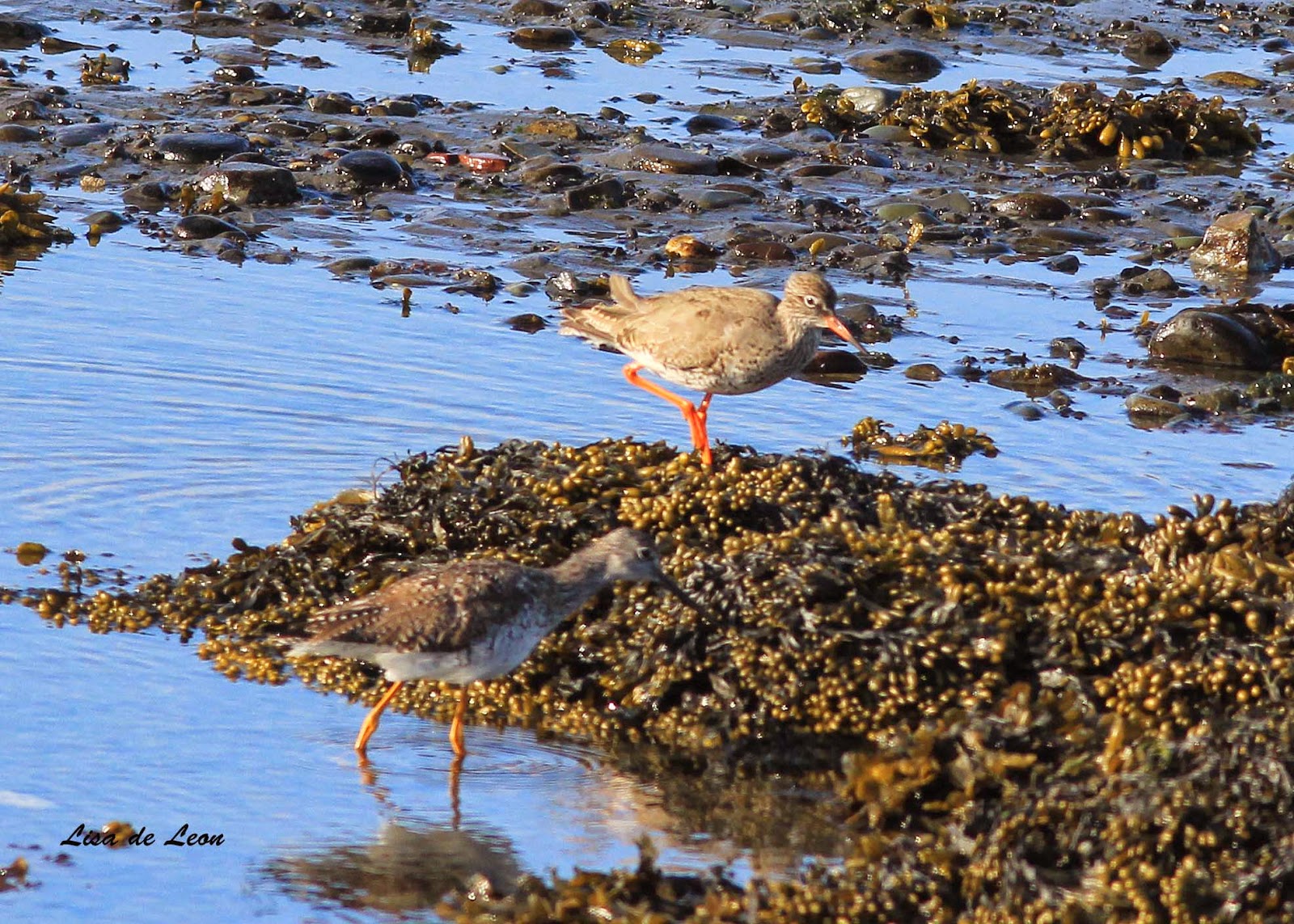 This is really off the charts! Having already seen a Black-tailed Godwit, a Ross's Gull, several European Golden Plovers and a Northern Wheatear within the last ten days, I kind of felt like I had reached the top tier of Spring birding. 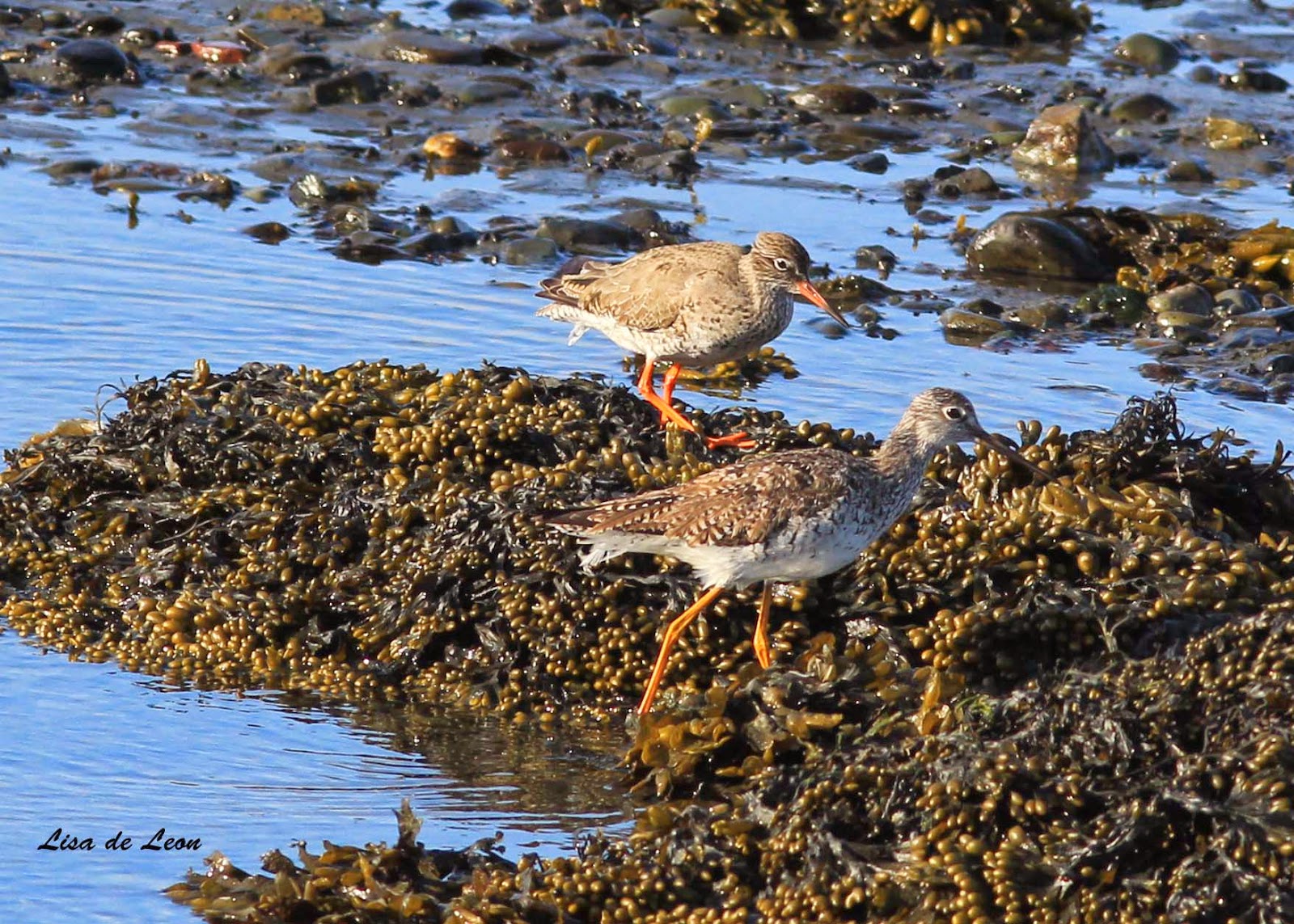 However, it wasn't over yet. One more great rarity was only feet away. Chris Ryan arrived, and three cars lined the rough, gravel road above the beach. 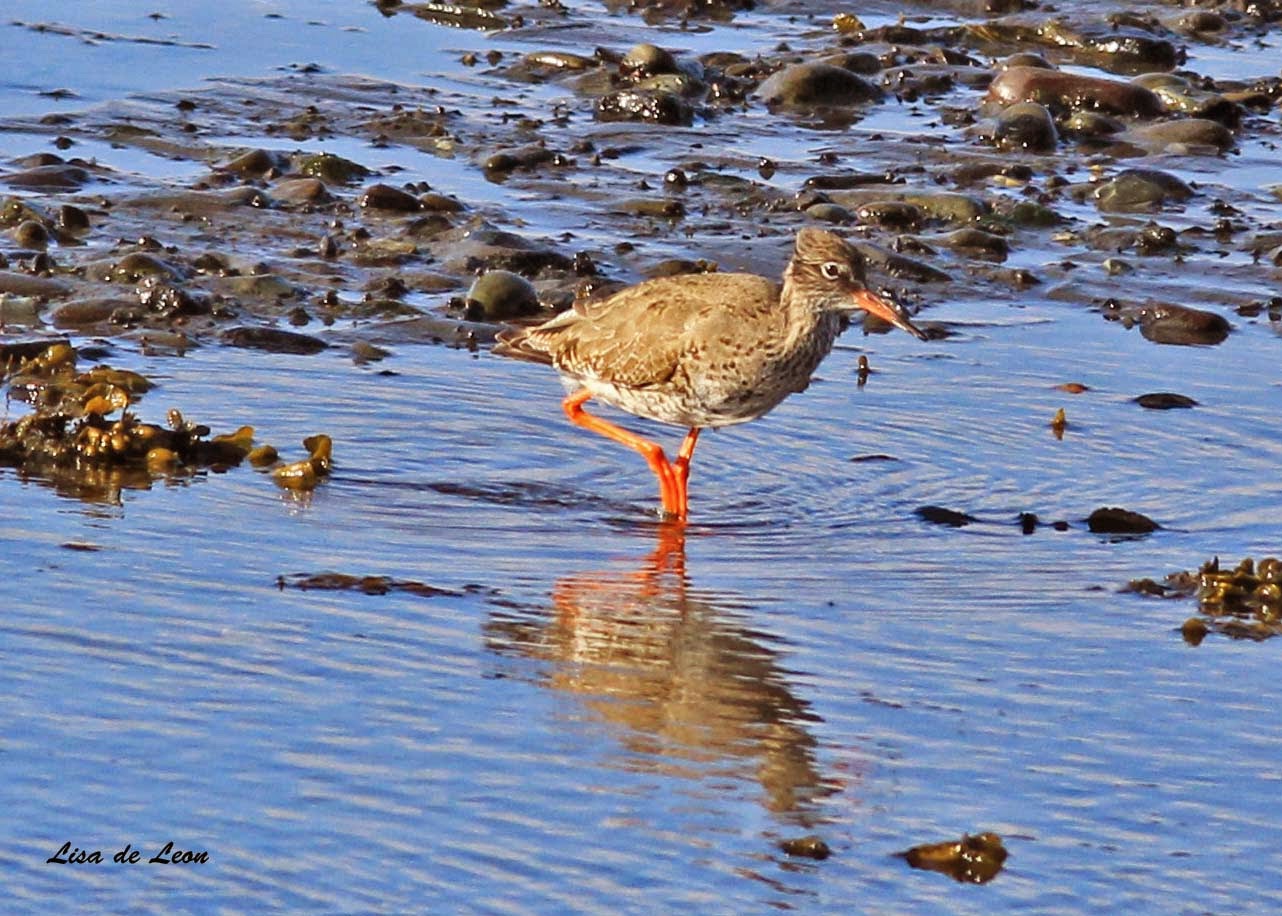 We watched intently, until the Common Redshank flew off in the distance and disappeared. None of us really wanted to stay around too long to try to relocate it, because...who knows what might lie ahead. (These sunny shots were taken later the same evening as we stopped for a few minutes to enjoy it one more time before heading home.) 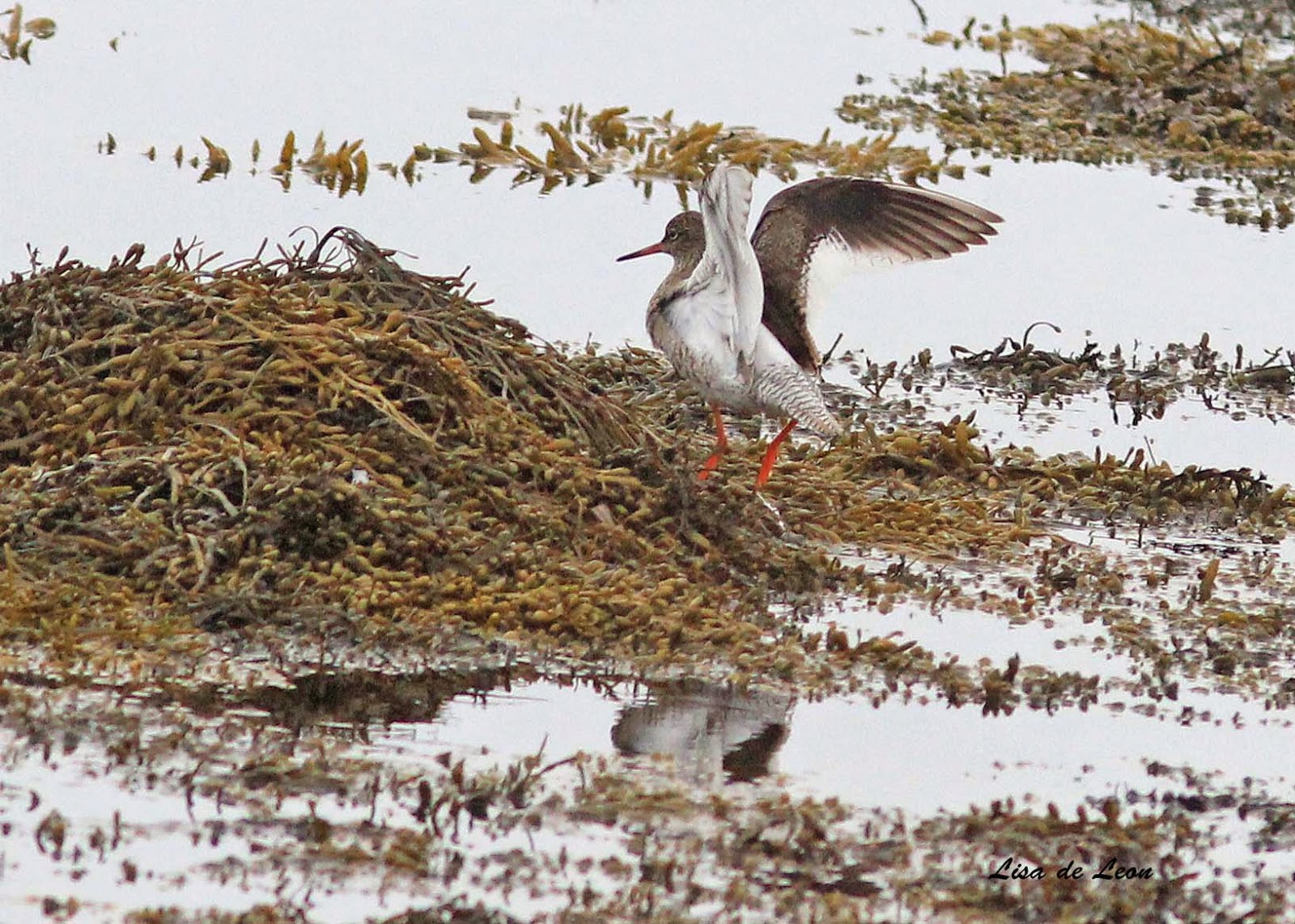 Several birders were able to get to Renews yesterday to view this amazing bird, but word has come early this morning that the bird is missing. Did it up and go just as quickly as it dropped in?
Posted by Lisa de Leon at 9:57 AM