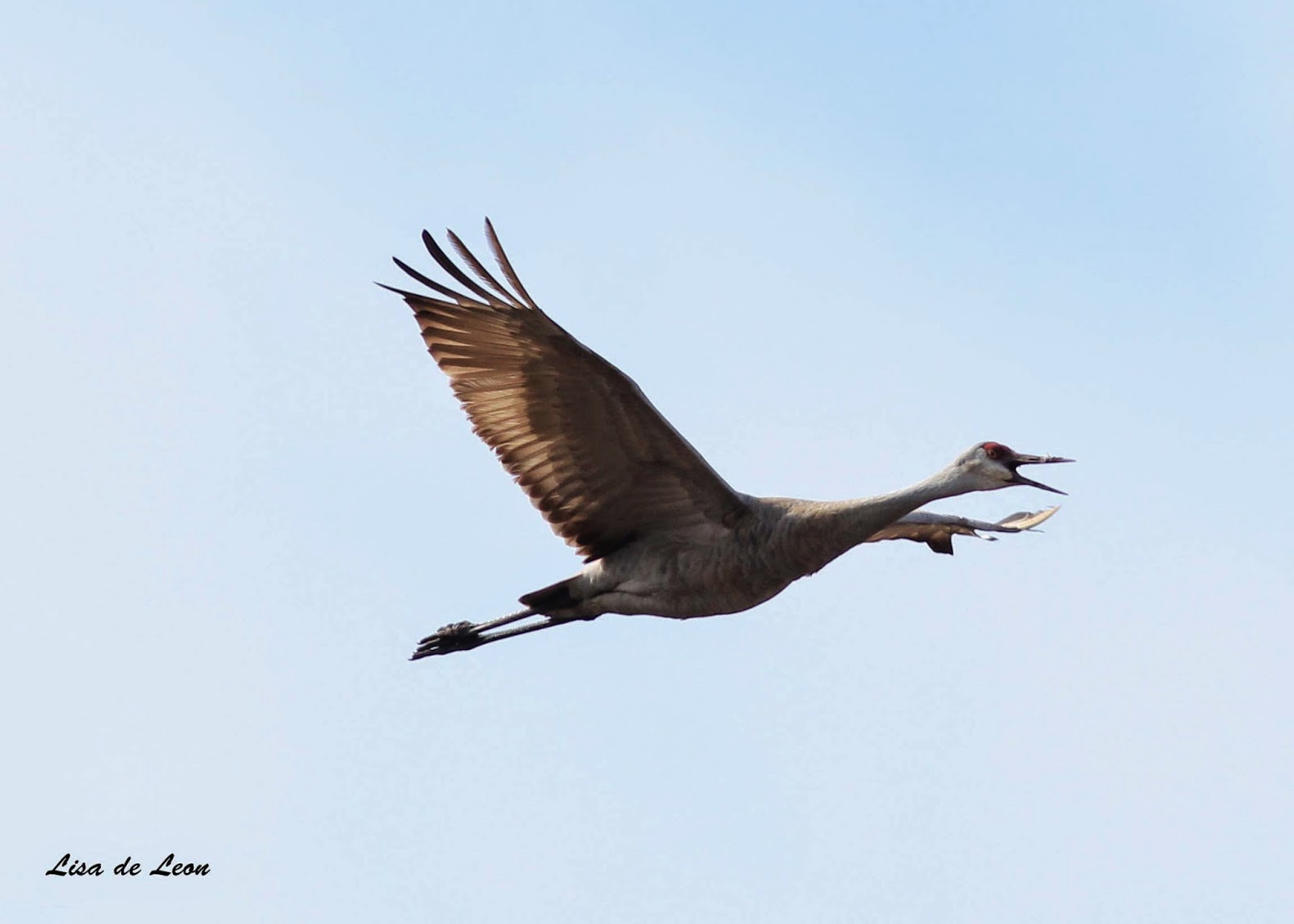 Think like a crane. That was my plan B this morning. When I arrived in the area where the Sandhill Crane had been seen, I ran into another birder who had checked the field twice but seen nothing. 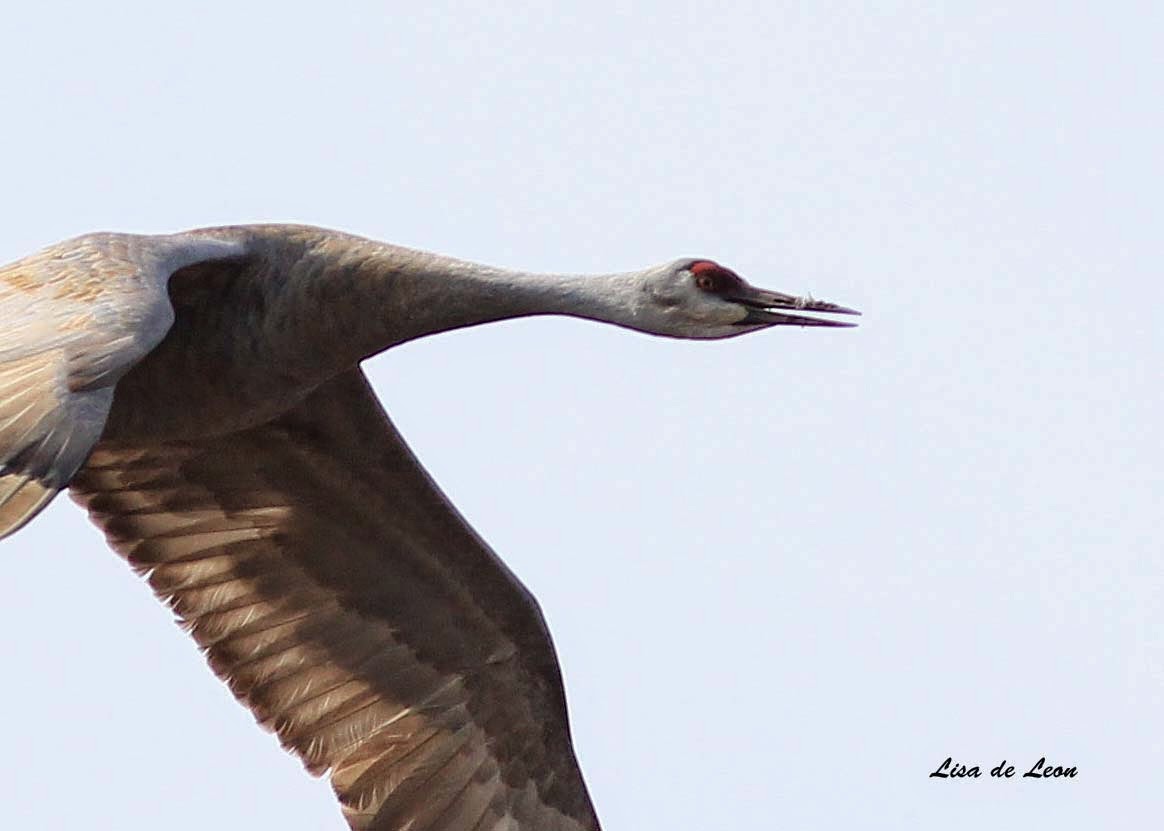 Plan B originated from the pattern of this bird over the last couple of days. Birds are often creatures of habit. It seems to get moving around 9:15 to 10:30. Yesterday, when the bird could not be seen in the field, it was obviously still there since it flew from that area across the road in front of Ed H. and Alison M. The bird was not seen again until in the evening. 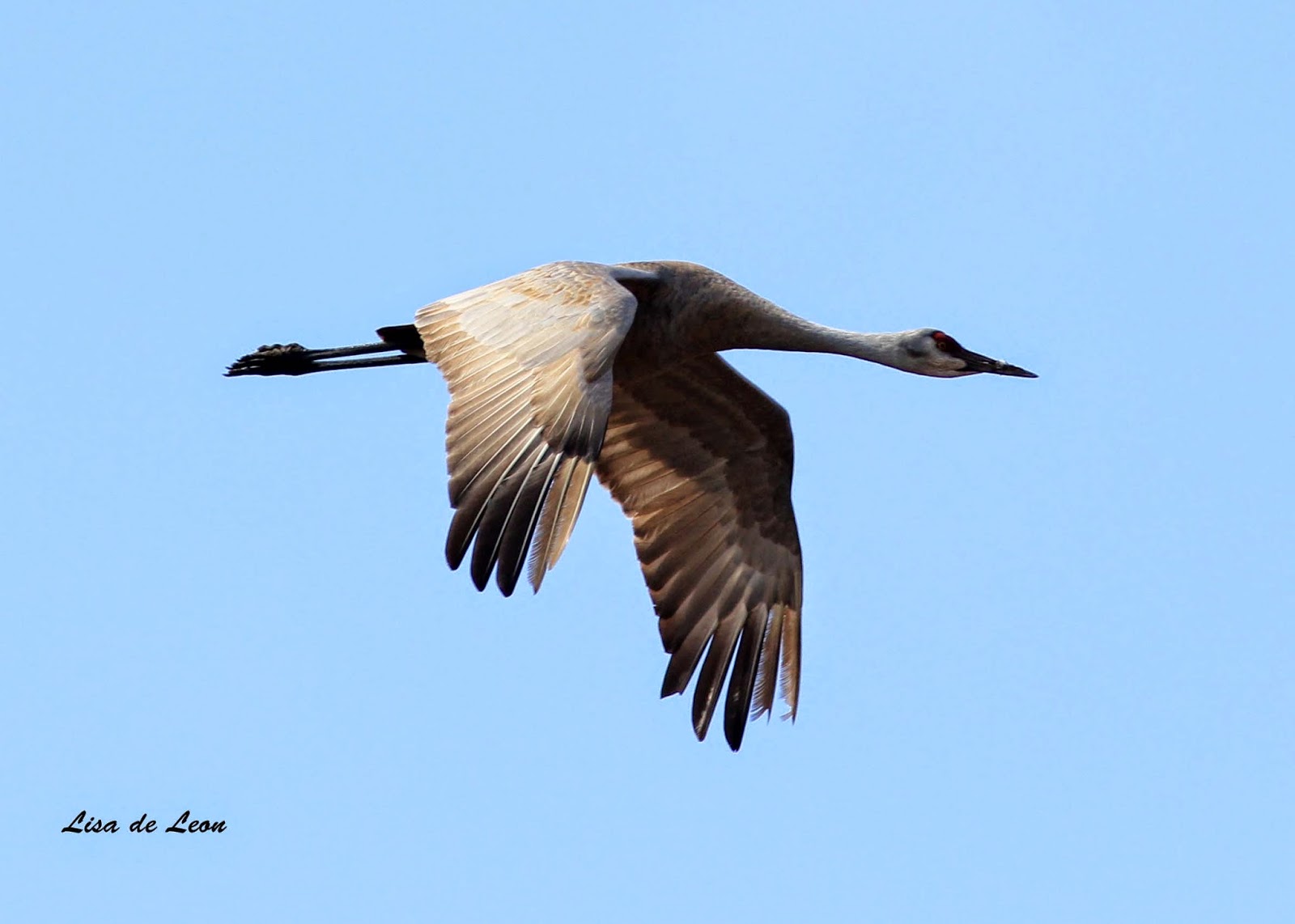 As soon as I knew it wasn't being seen in the field, I rerouted my hunt to the road where it had flown over yesterday. 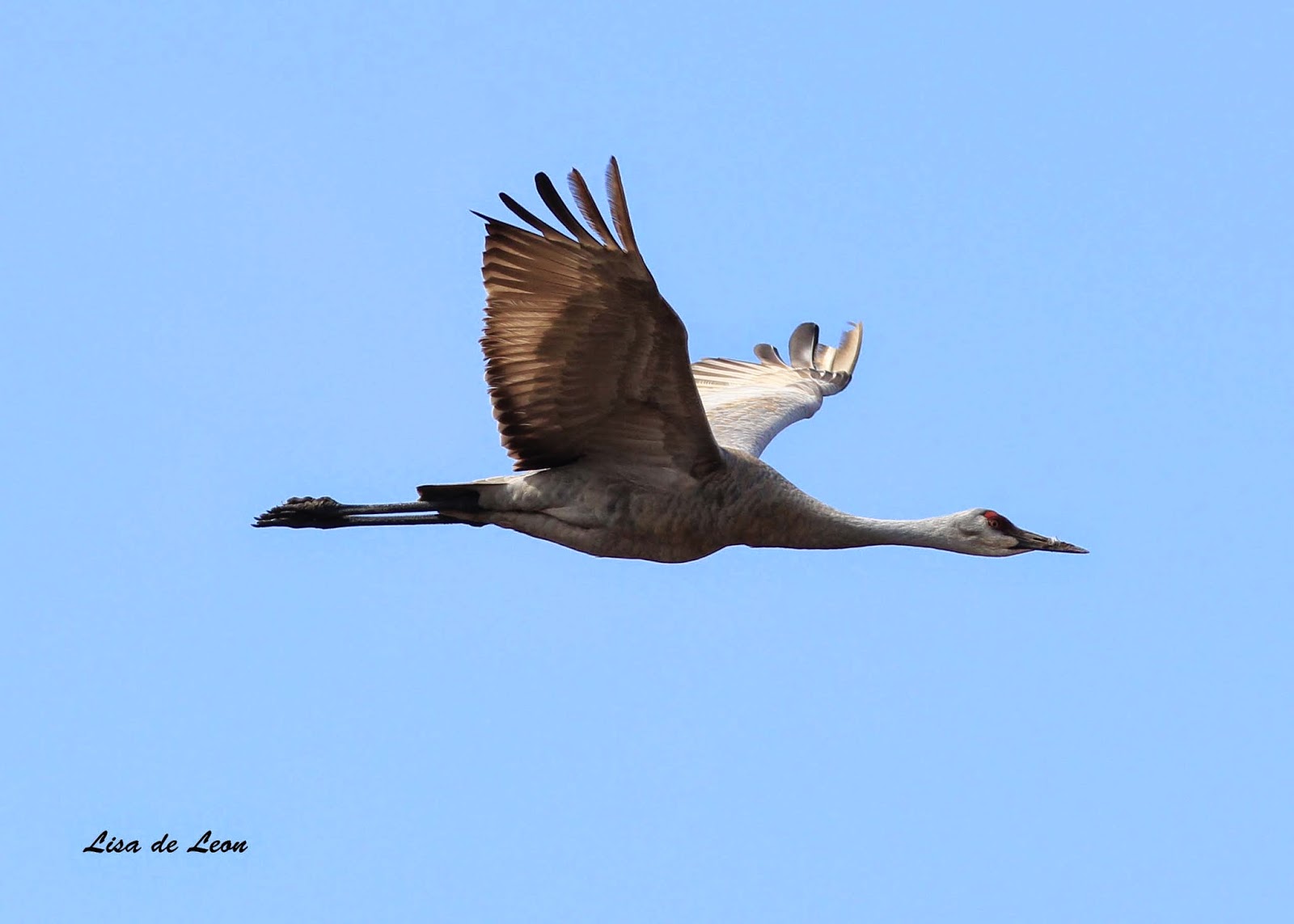 I used my time well birding the sides of the road, all the while keeping my eye on the path of yesterday's flight. As it got closer to 9:15, I moved into the zone. 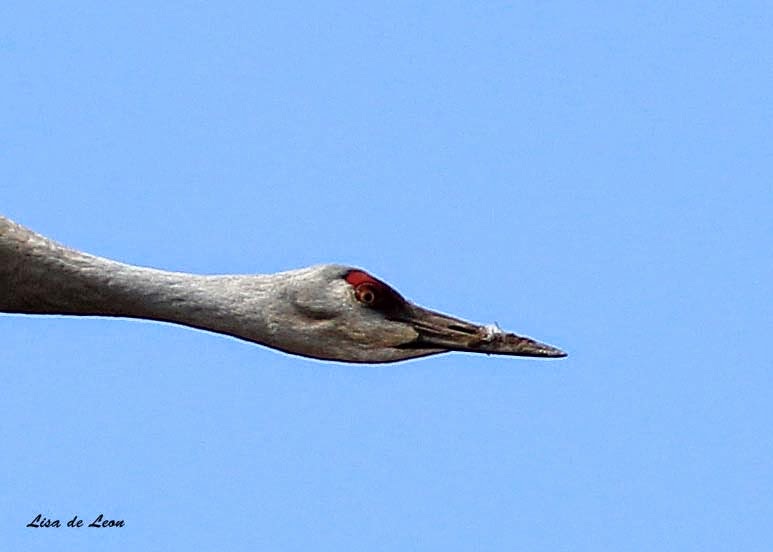 After about ten minutes, I heard the crane behind the treeline in the field, then nothing. 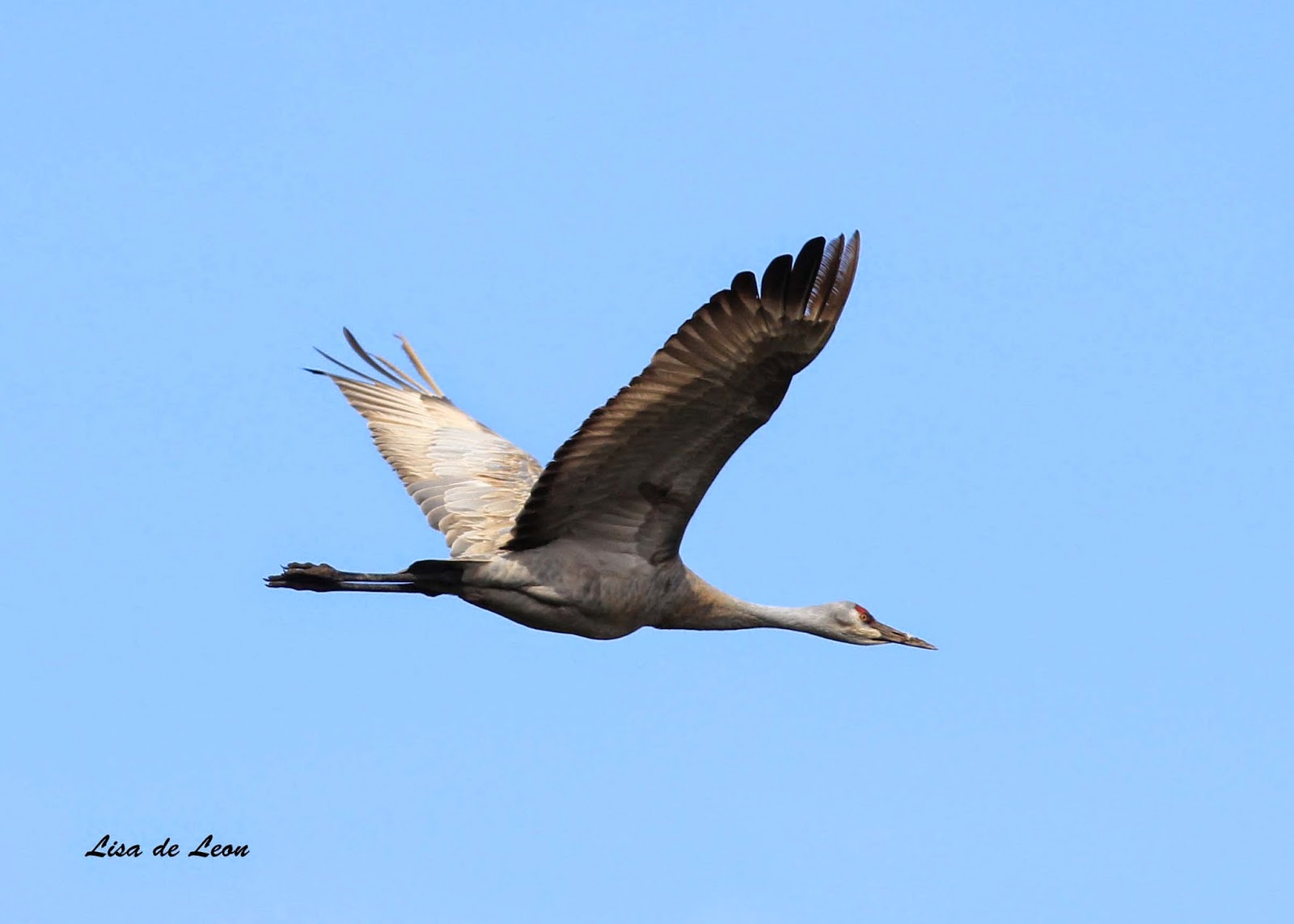 A man walked up the road and asked me what was the bird he had just heard. He walks that road daily and has heard the bird for about a week. Now, I was so sure I had really heard the crane. 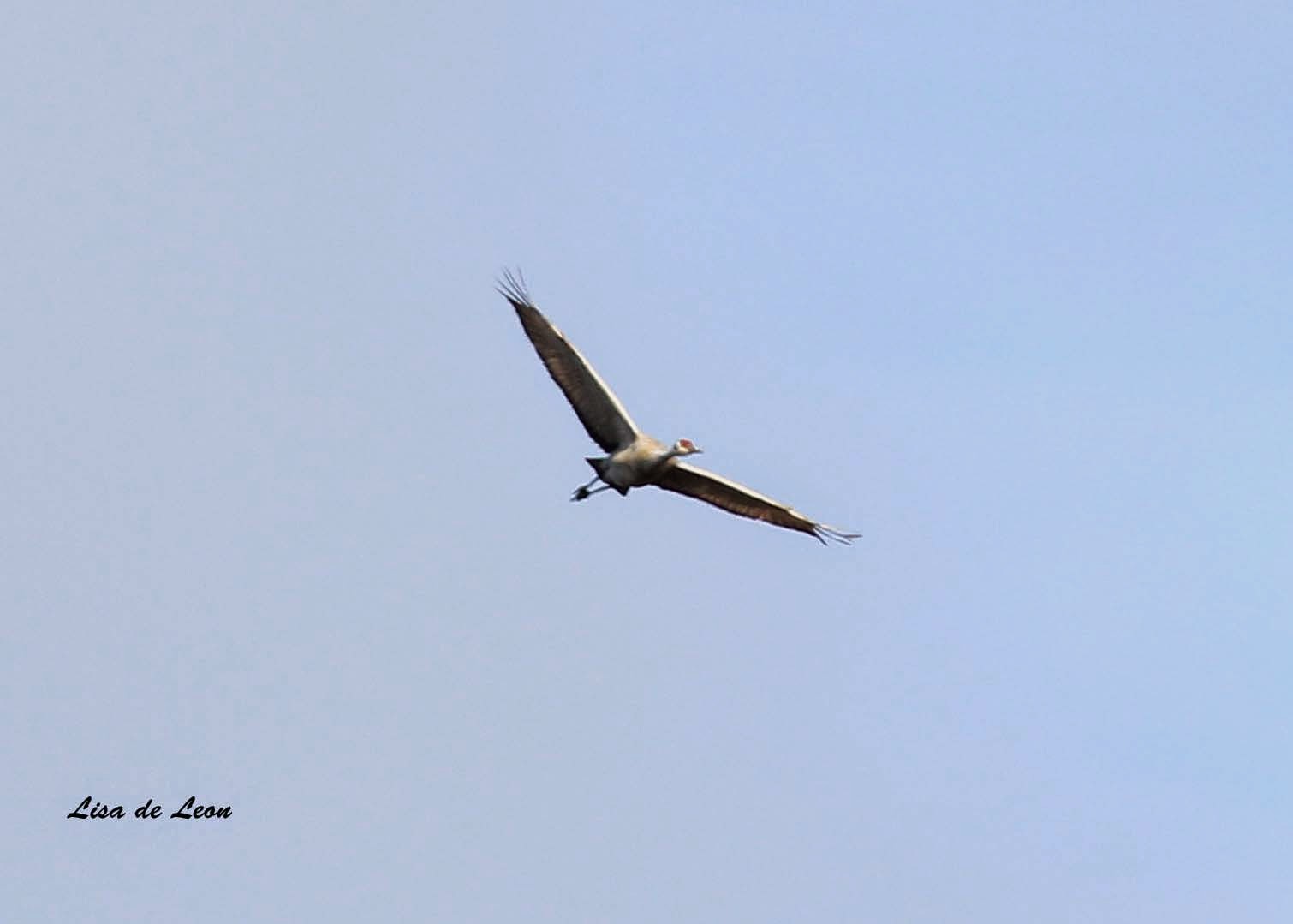 Sitting in my car and being patient, I was rewarded. All of a sudden, I heard the ruckus.  It was coming! I jumped out and had such amazing views I was stunned. 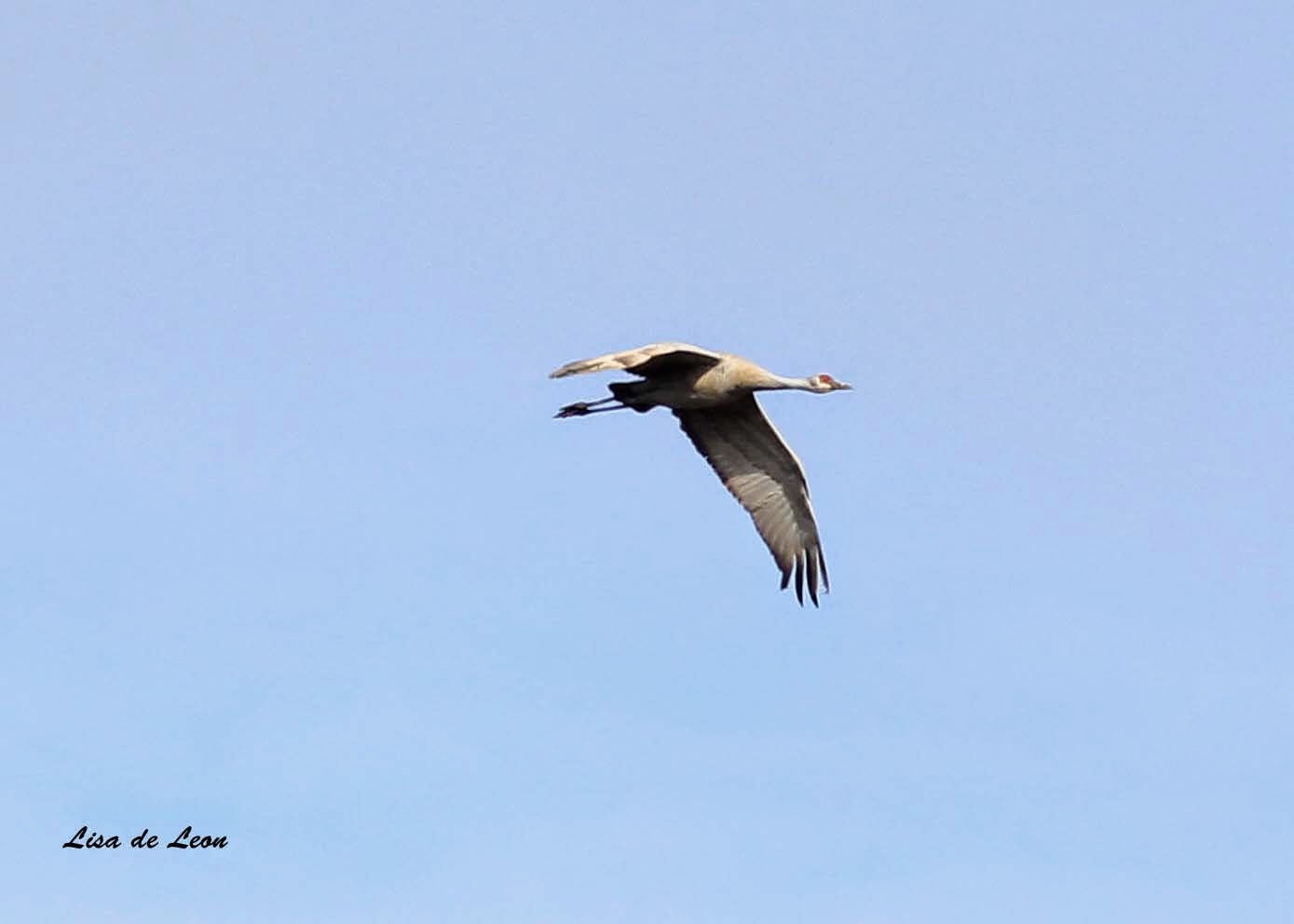 After it passed by and headed over the treetops, I thought I had seen the last of it. Not so... this Sandhill Crane turned around and headed back toward me and did a full circle in front of me. 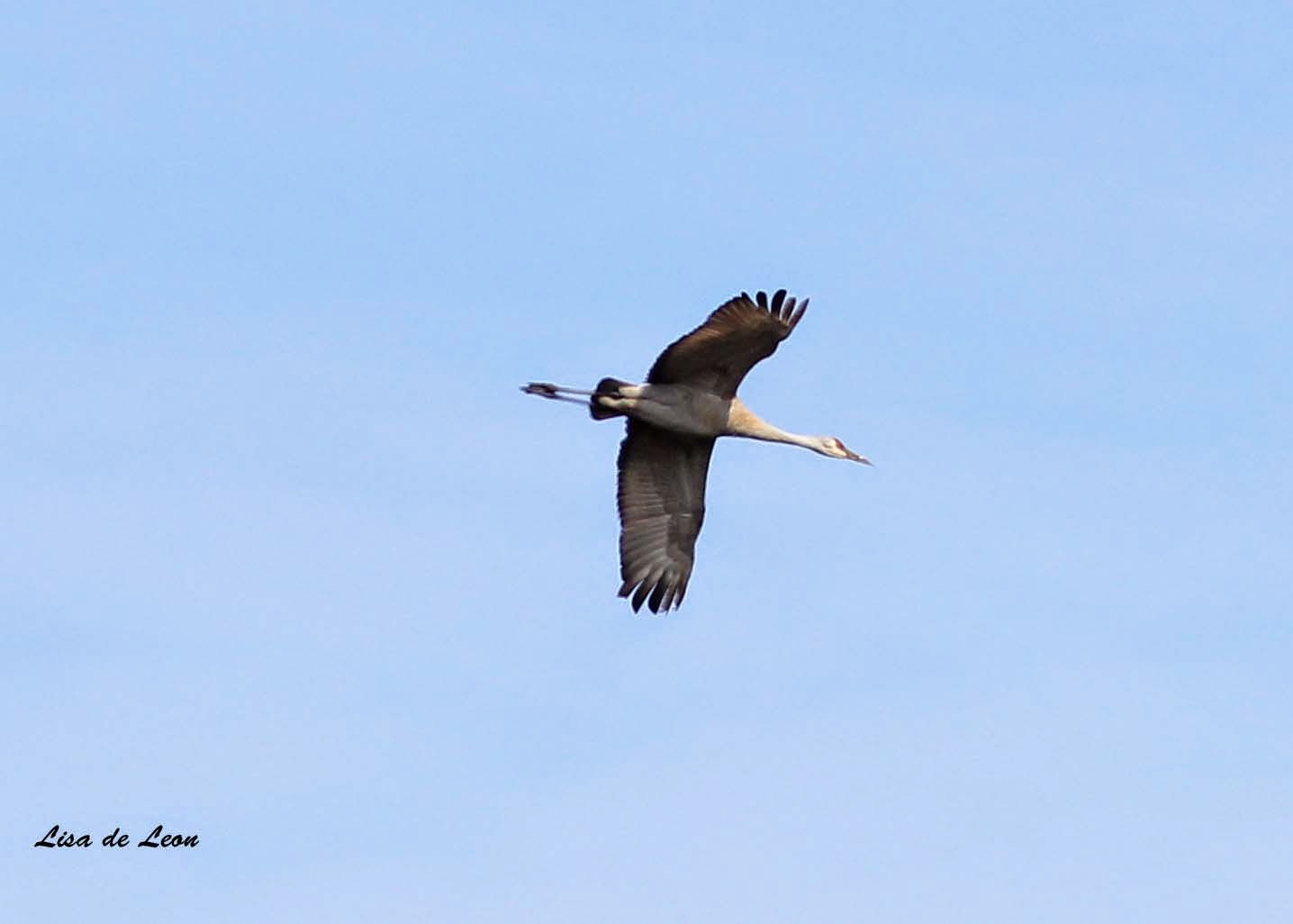 Not once, but three times this bird circled back around for me before heading off in the direction of Power's Road. It pays sometimes to just follow your instincts.
Posted by Lisa de Leon at 2:40 PM