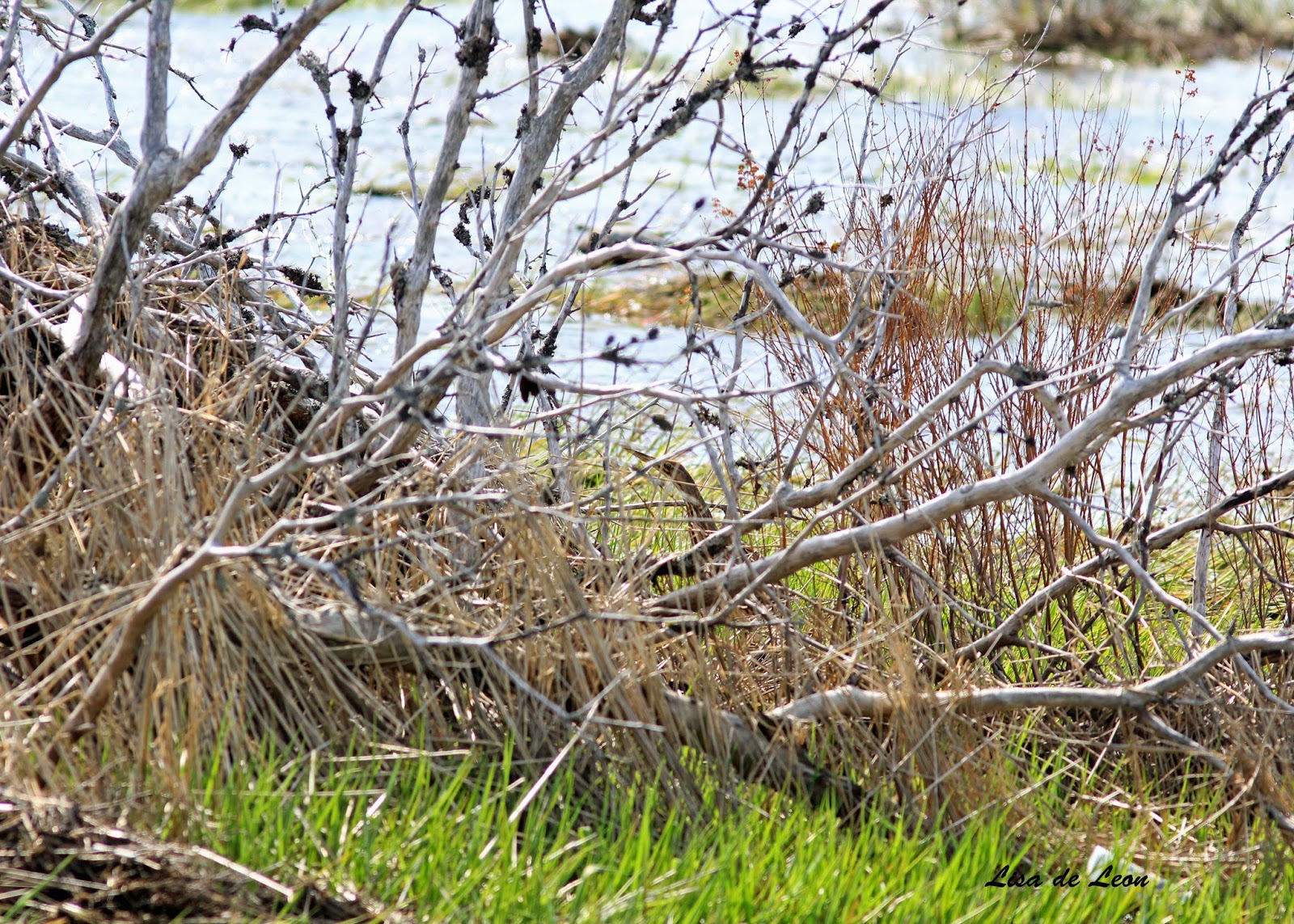 With yesterday's warmth and sunshine, I decided to spend the morning strolling around Bidgood's Park to listen to the bird song. The oddest song of all came from the American Bittern. 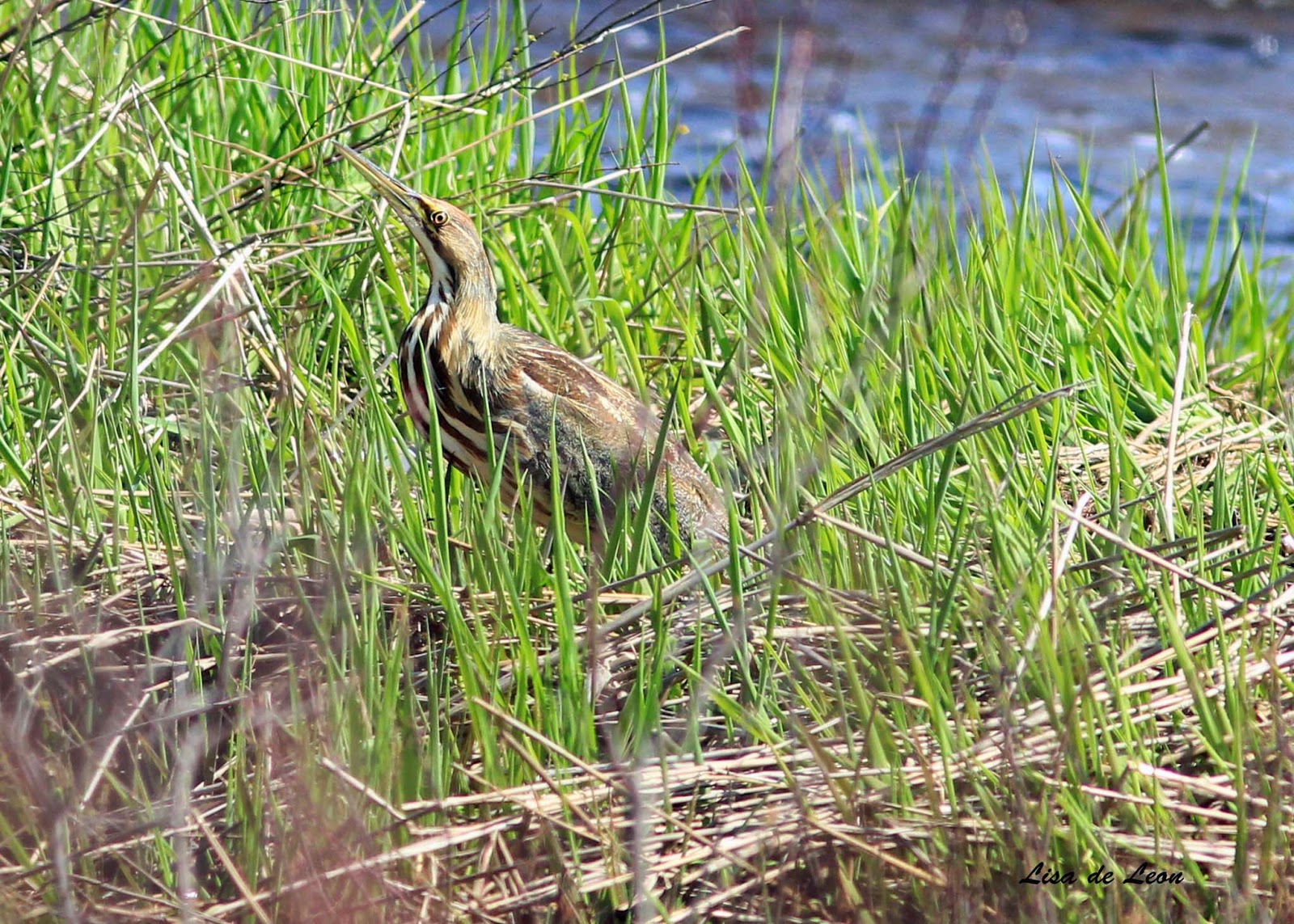 I heard it several times and could tell it was close to the first bridge from the parking lot. But where? I listened and listened, mostly to the silence in between pumps. 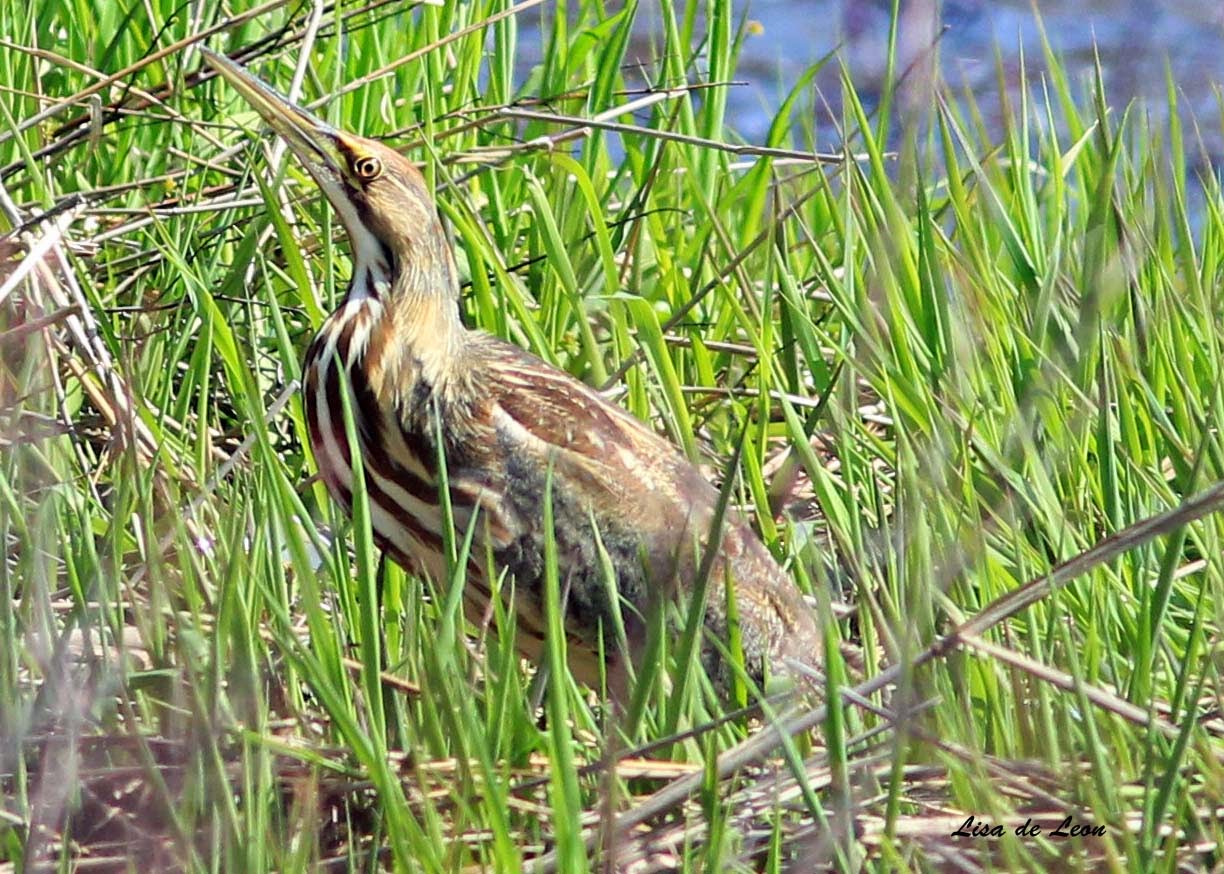 Finally, I heard the odd sound, and got a bead on the general area. Soon, I spotted it trying to hide among the twigs as shown in the first image above. 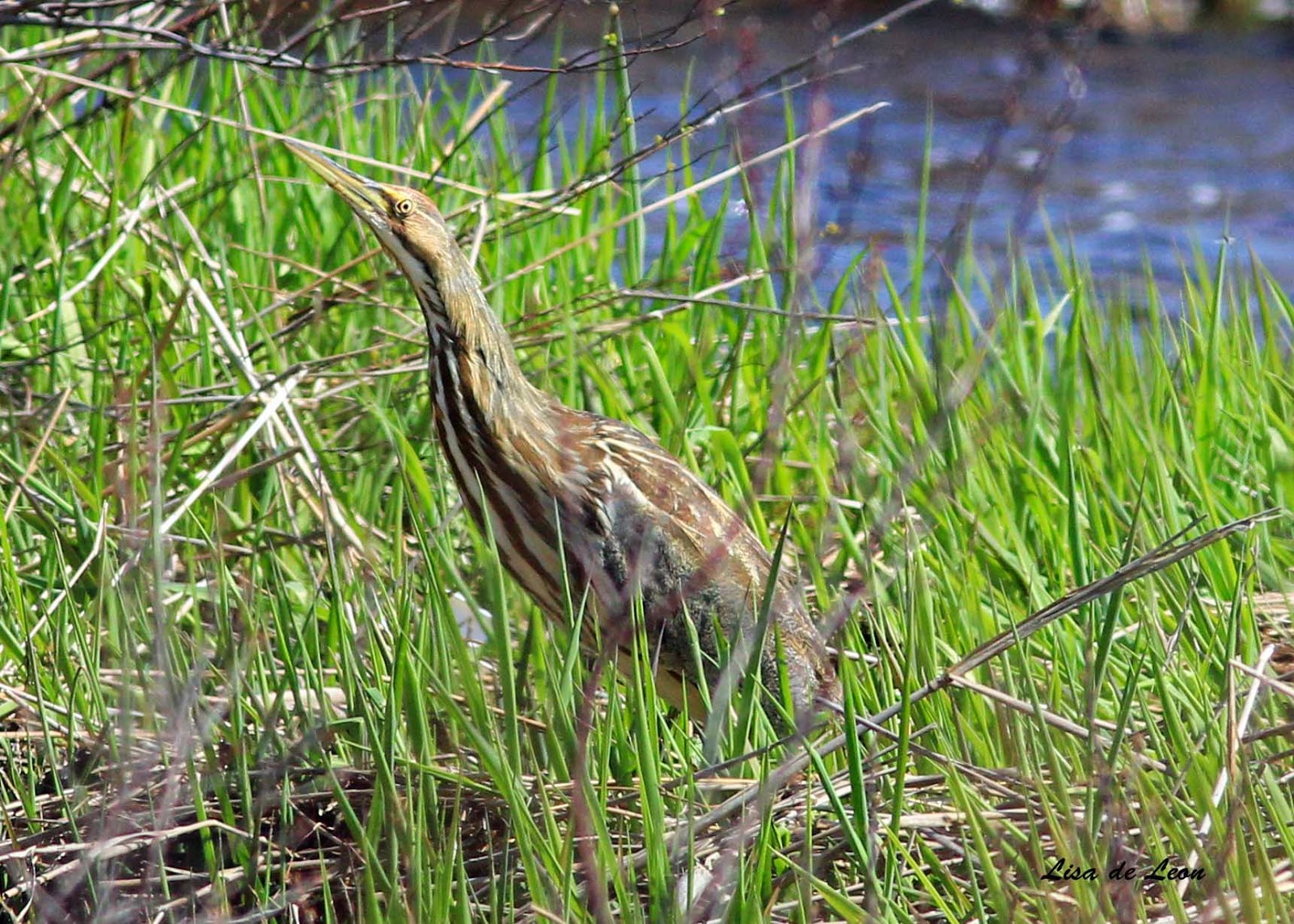 I had it. Now, all I had to do was hide away, be quiet and wait. Success! It felt safe enough to move about. Then, as soon as this one came out in the open, I heard the unique sound of another American Bittern nearby. Both had come into the area where viewing was possible. Perhaps, it was the significant rainfall of the previous day that prompted them to move into this more vulnerable area. 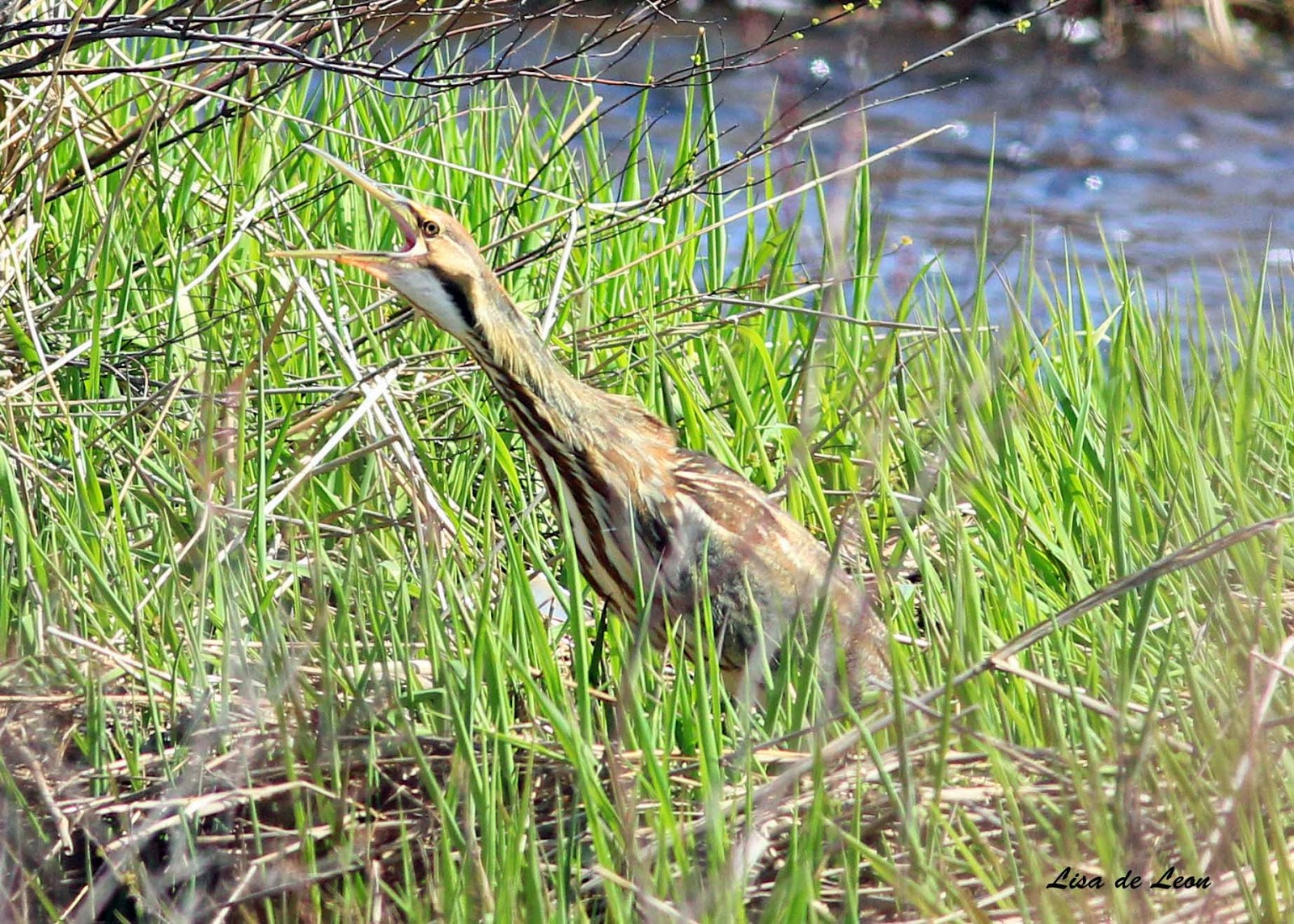 I had a great opportunity to study this bittern. It was without doubt the best views I have ever had of this species. 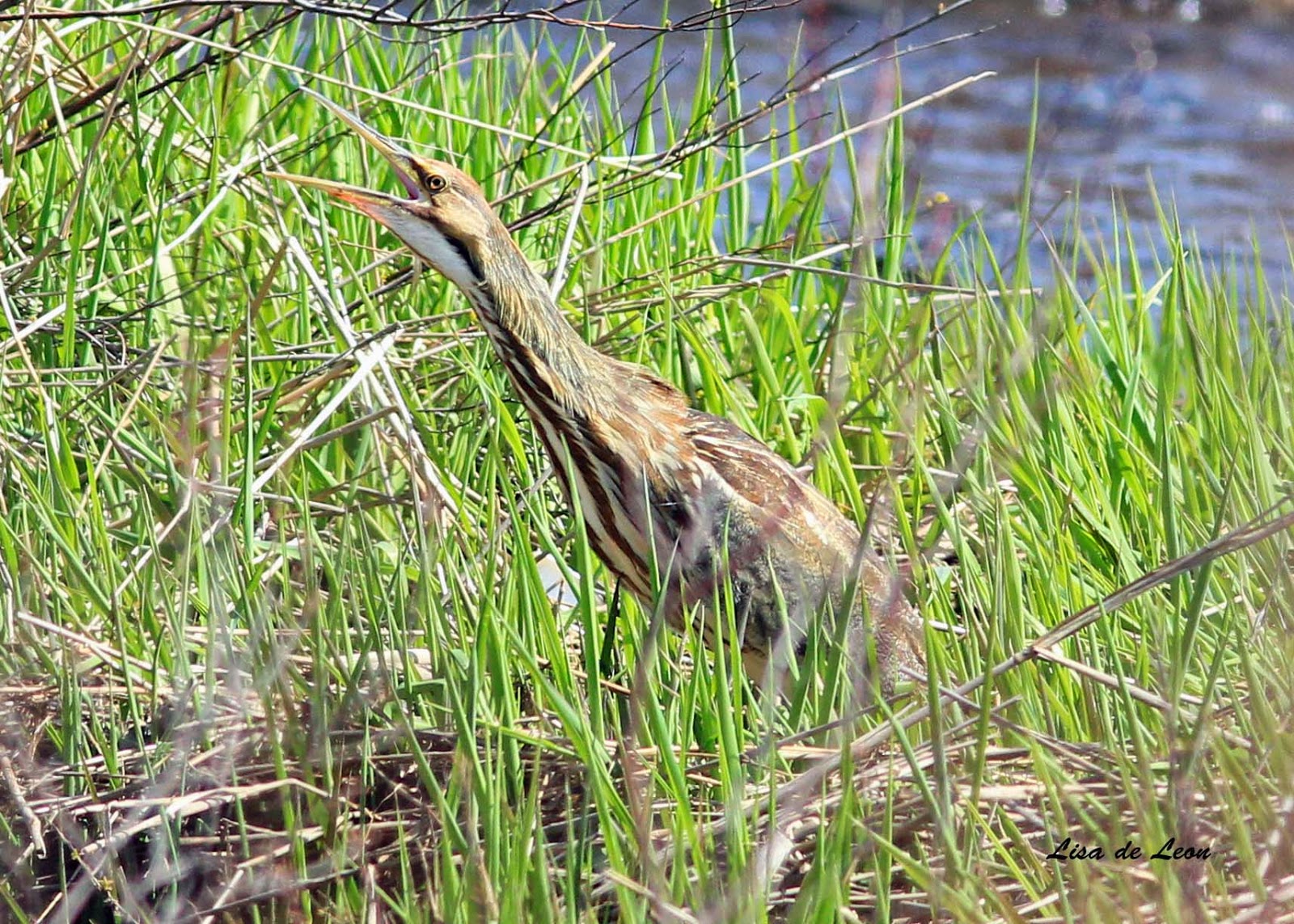 Interestingly, several times it opened its mouth. I was half expecting some noise, but nothing came out. During the 15 minutes of watching it, he did this mouth opening at least seven times. I wonder why. 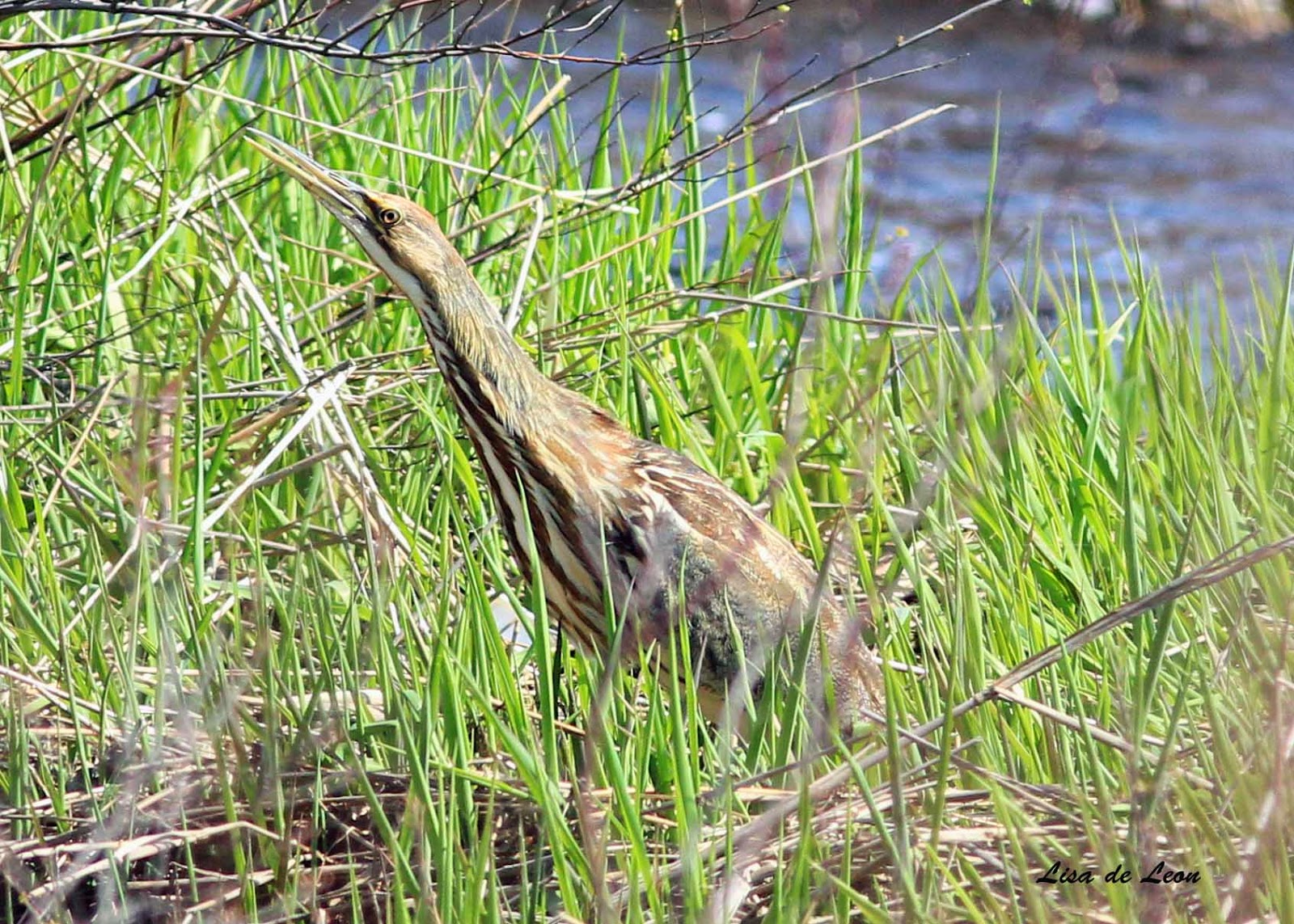 All good things must come to an end, and gradually, the American Bittern began to inch its way back into the thicket. 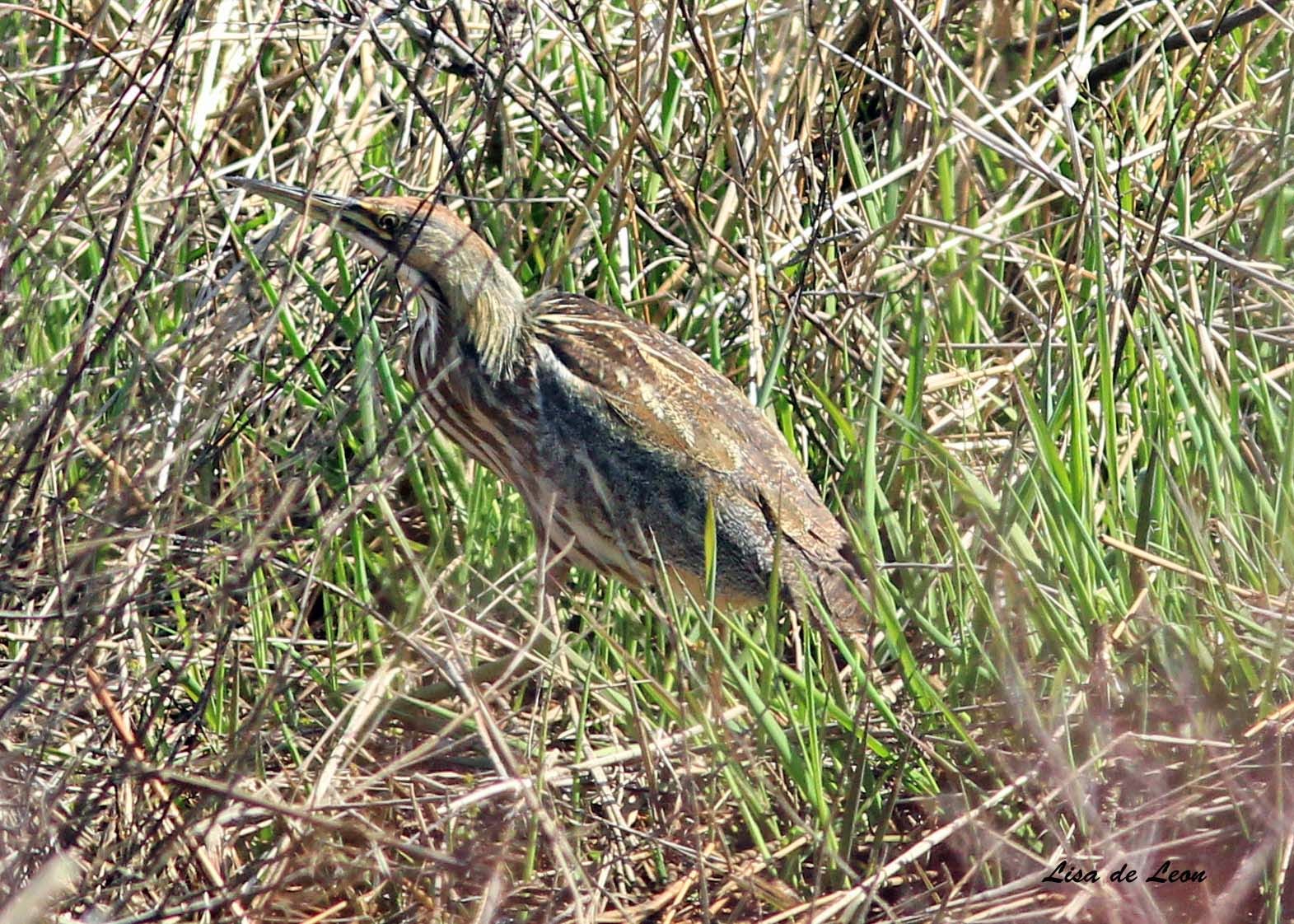 During my viewing, I was surprised by the size of the American Bittern. It is large. I was also taken by the boldness of the breast stripes. Every inch of this bird was made for total camouflage.  Look away and look back. It is very easy to lose sight of an American Bittern. Of course, this is also true of so many birds such as a Wilson's Snipe or the many shorebirds on the beach. Getting an opportunity to really see this bird for the first time was pretty sweet!
Posted by Lisa de Leon at 10:02 AM