Parade of Immature Birds from 2012 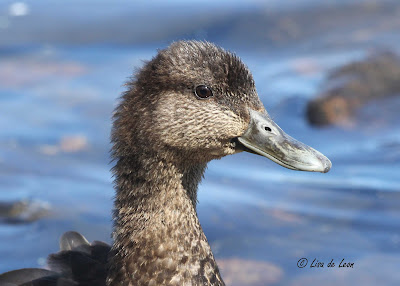 Over the months, I often group pictures in a folder and wait until I have enough to try to tell a story. Today, I have tapped into the folder I labeled "immatures." 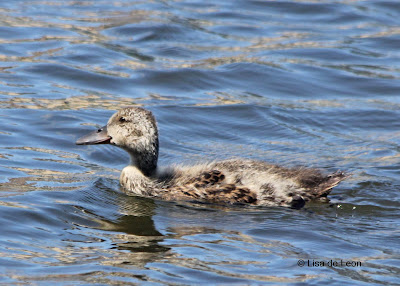 Now, I know there are those that will tell me I am getting ahead of myself. Just because we have seen above-freezing temps and several days of sunshine, that doesn't mean Spring is here. 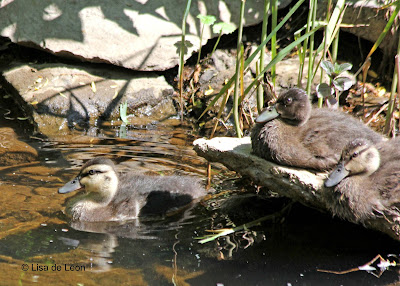 Well, I just can't help looking forward to warm days, gentle breezes and lots of birds. It is in my blood. In my home state of Arkansas, Spring is looming large right now, and my internal seasonal clock is telling me it is time. I am going to feel that even more tomorrow morning as I wake up and find daylight at 6 a.m. 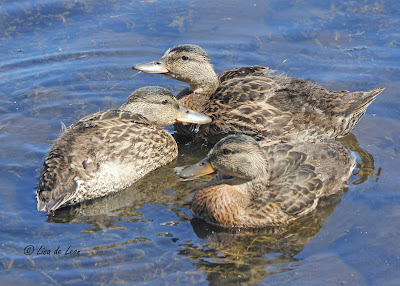 When the elusive warm weather does finally take hold of Newfoundland, we have much to look forward to. The first birds to mate and show off their young are the ducks. This will happen all season long. I was amazed last year to see ducklings as late as August last year. 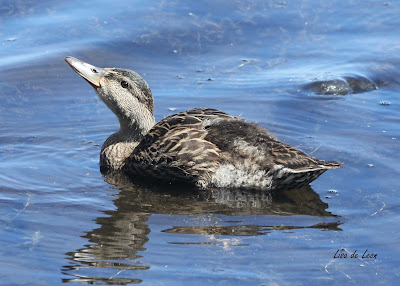 Such birds as Mallards and American Black Ducks are very, very common to us all year long. However, the parade of babies being trained by their vigilant parents is always a show-stopper. 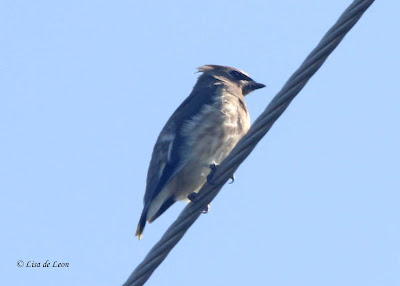 Then, as Spring melts into summer, we will see immature birds steadily until fall migration. This immature Cedar Waxwing was found in Pouch Cove in late August. 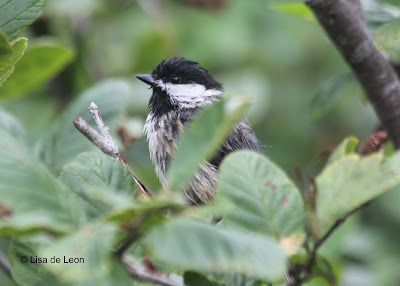 Immature Black-capped Chickadees, always a favorite, will appear in July. This inquisitive and perfectly-shaped little bird charms and excites no matter when it is seen. During the Fall, it is sought out because of the unusual migratory companions that sometimes gravitate to the small chickadee flocks. 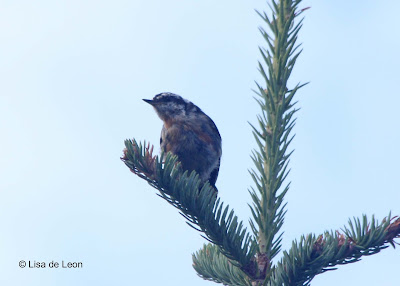 It was early August when I saw my first Red-breasted Nuthatch last year. Like many of the immature woodland birds, the nuthatch has lots of spots and blotchy feather patterns. 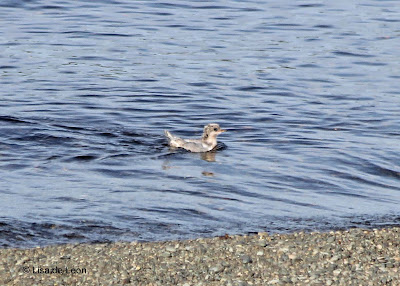 One of the sweetest immature birds I saw last year was this Common Tern at St. Vincent's Beach in late July. Now, if you really want to risk life and limb, just  get out of the car in the area of tern breeding grounds, and the adult tern will begin to dive-bomb you. Guess what they use as bombs! 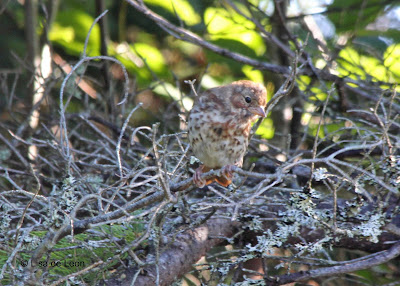 Late July and early August brings plenty of immature birds learning the ropes while attentive parents watch on. This immature Fox Sparrow was so spotted, I wasn't even sure what it was. 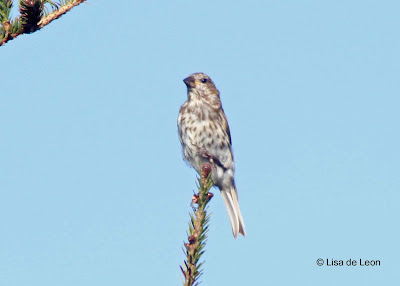 This immature Pine Grosbeak showed up in early October. I thought that to be very late to see young birds. 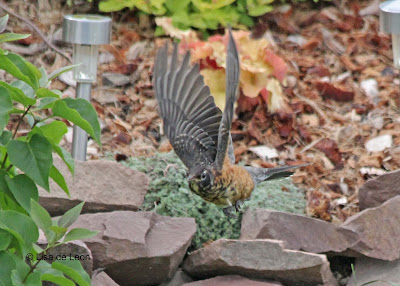 The immature American Robin has confused many. This one photographed on the first day of August is well on the way to immaturity. There are still remnants of spots on its breast. 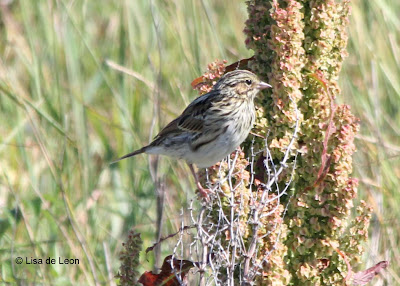 In late July, I saw this immature Swamp Sparrow at Belleview Beach. I thought I had found a rare bird, because as an immature, its marking were so different. It is easy to be fooled by immatures, but I think all of my exposure last year will better equip me to make quicker ID's this year.
This entry can be useful in providing an overview of when we might expect to see some of these immature birds around. Not tomorrow, as I would hope.
Posted by Lisa de Leon at 8:55 AM