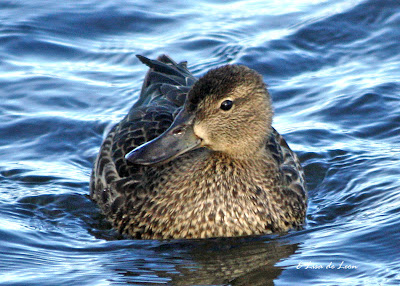 It has been several days since I have seen and photographed a new bird. After a long walk at Octagon Pond yesterday where I got a fairly close shot of a Common Loon in Winter plumage, I decided to take a detour to Mundy Pond to see if there was anything special there. There was!

As soon as I walked to the edge of the pond, I spotted this tiny little duck. It looked very much like the American Black Ducks that it was mingling with but was less than half their size. 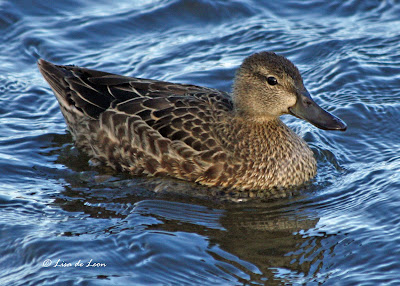 It was also apparent that its bill was different from the others so I began shooting. I wondered if it might be a Blue-winged Teal but I couldn't see any of the blue on its plumage. This bird is known to travel over 11,000 km from its breeding ground to its wintering grounds. This female teal is a bit off course. 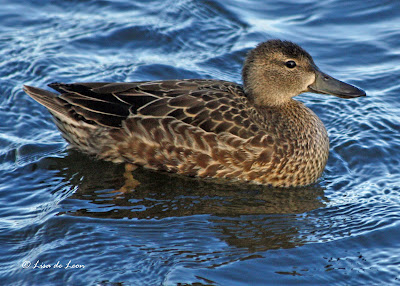 They BW Teal is somewhat tame and will allow humans to approach. This one seemed quite calm while I stood nearby clicking my shutter. 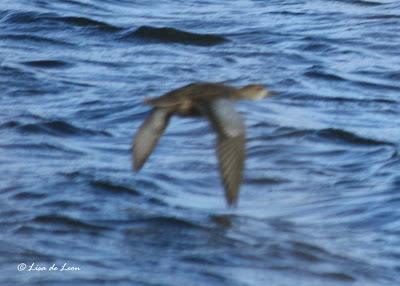 Then, without notice, it just burst into flight at full speed and darted in an odd pattern across to the small lagoon located at the West end of the pond. I uploaded this very blurry shot because it is the only picture that I have that shows the teal's blue wing. I plan to revisit the site today and maybe, I will get a better flight shot.

Update:  I uploaded two new pictures on the Common Loon posting to show its Winter plumage. To access this edited posting: 1) Run a query on the Search Bar at the top of this page or 2) Visit the Bird Index listed on the top Menu Bar and scroll down to Common Loon.
Posted by Lisa de Leon at 8:36 AM