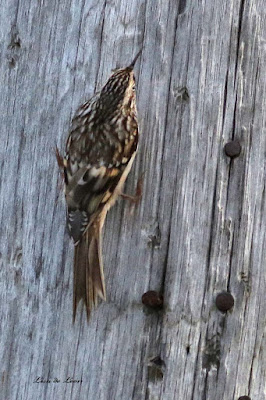 Many times I go birding with a specific bird in mind. I may find it, and I may not. With wide eyes, I take in anything that moves. This often nets unexpected sightings. This was the case at the end of September when I was looking for migratory birds in Blackhead. While sitting in my car checking over a flock of small birds in Blackhead, this Brown Creeper zoomed in and locked on to the pole only feet away from me. This is sometimes a troublesome bird to see annually. The best place is typically at Bowring Park, but I have strolled the full length of the park many times in freezing temps only to leave disappointed - no creeper.

This is the second fall sighting of a Brown Creeper in Blackhead for me. I really don't expect to see one there, but twice I have been surprised. 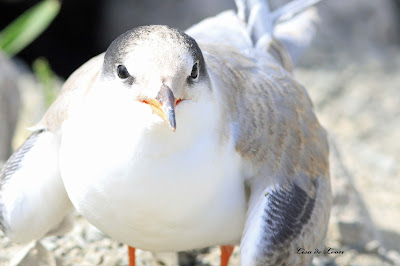 Stopping by Kenny's Pond is routine. It has often yielded some good birds.  Late in the summer I was surprised to find two very young Common Tern perched on a rock platform at the pond's edge. 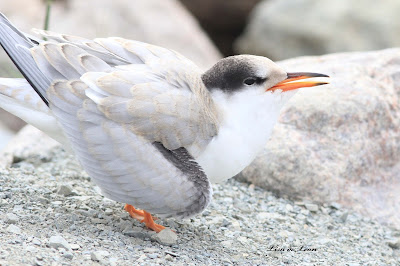 The two were tame and quite calm creating the absolutely best opportunity to get a good look at the young birds. One seemed to be younger than the other. 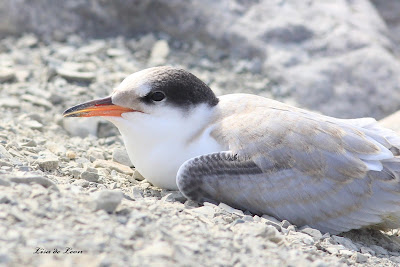 These birds were still being fed by their parents and didn't seem to be able to fly yet. That begs the question about how they got there. 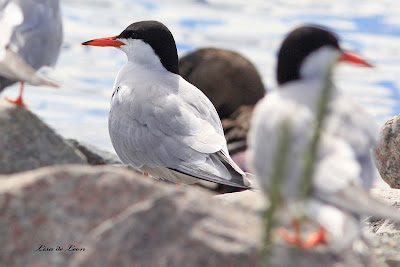 What was most surprising about this encounter was the adults remained calm. Common Tern are well known for dive bombing people coming into close proximity with their young. I was quite close to both the young and mature, and the adults were totally unperturbed. 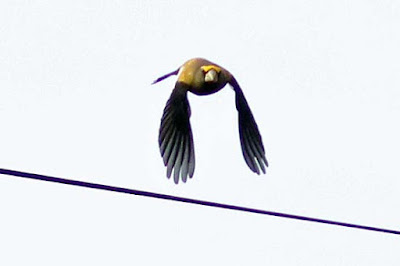 Evening Grosbeaks are common in Newfoundland, but are often seen in the same locations year-over-year, often around feeders. With the feeders taken down this year because of the dangers they pose birds with disease transmission, the Evening Grosbeaks are moving around. Looking at this photo, the grosbeak is so prominent. 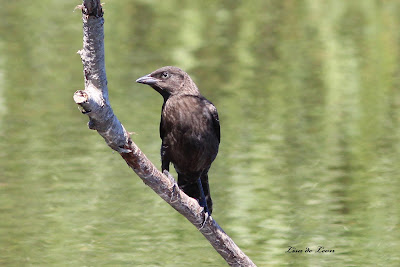 Virginia Lake beach was alive with noise and grackles late in the summer. There must have been 40 Common Grackles on hand. 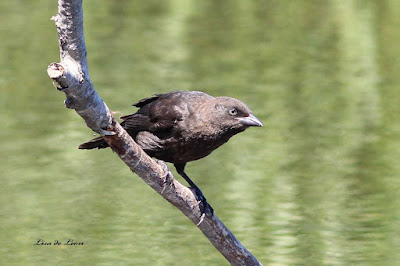 The noise was probably driven by protective parents who kept a watchful eye over their young. There were also some starling families mixed in. 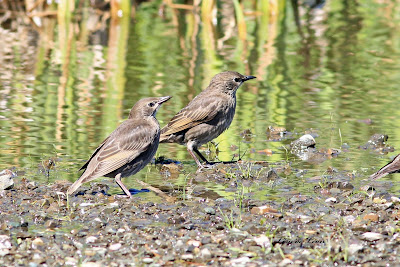 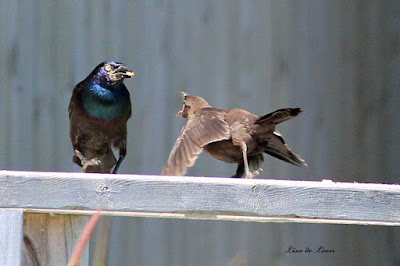 It was also interesting to see the male feeding the young while the female appeared to be the protector. 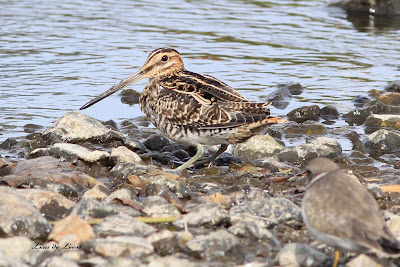 Once the rowdy birds moved on and the area calmed, this Wilson's Snipe became brave and ventured out. From time to time, it would scoot back into the reeds, but not for long. It was more interested in eating than hiding.

It is easy to see why I usually come home from birding quite satisfied, even when I do not find the bird on my mind.
Posted by Lisa de Leon at 11:03 AM