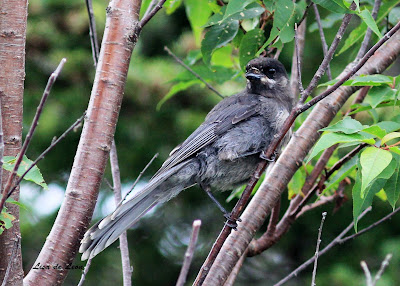 The Royal Canadian Geographical Society just named the Gray Jay as Canada's National Bird. Now, this was not by popular vote as the Common Loon, Snowy Owl and Canada Goose all received more votes. Hmmm, where have we heard that before? Perhaps there was an electoral college involved. 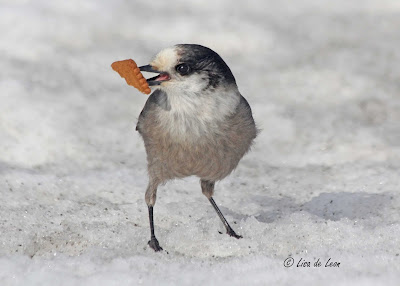 The justifications cited for the selection of the "Whiskey Jack"  were mostly related to the prevalence and nature of this species. 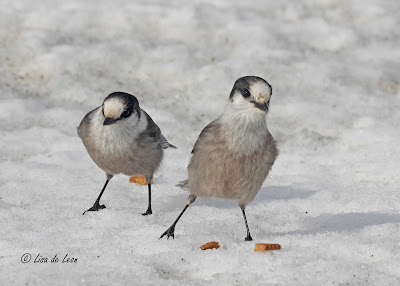 Anyone who has spent any time around the Gray Jay knows this bird is particularly social and friendly. That, perhaps, is due to its appetite for human food. Toss out anything and the bird will fly in. It will circle picnic tables waiting for a handout. It also has been known to land on a person's hand or shoulder to encourage more food donations. 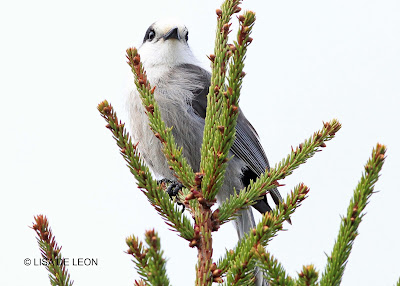 Is that smart or just instinctive? I have seen numerous other species do this as well. 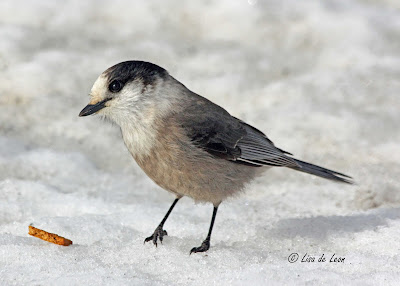 In addition to its friendly and "smart" nature, the bird was also selected because of its presence in all Canadian provinces and territories.. 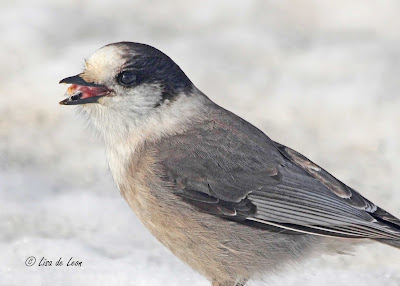 And..... it is hardy enough to stick around all year thriving in the cold, winter environment. 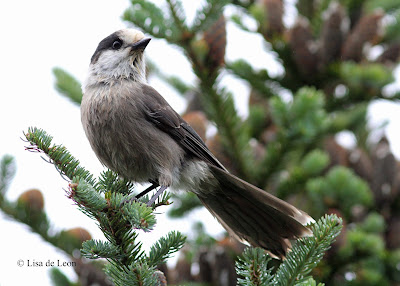 There is a hardiness and surviving nature about his species. That, I think, is quite Canadian. While this species did not win my vote, I have no objection to its selection. 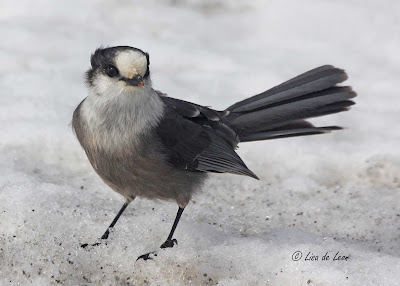 The next time I see a Gray Jay on my birding outings, I will watch it more carefully and maybe, even see it more differently.
Posted by Lisa de Leon at 7:09 AM