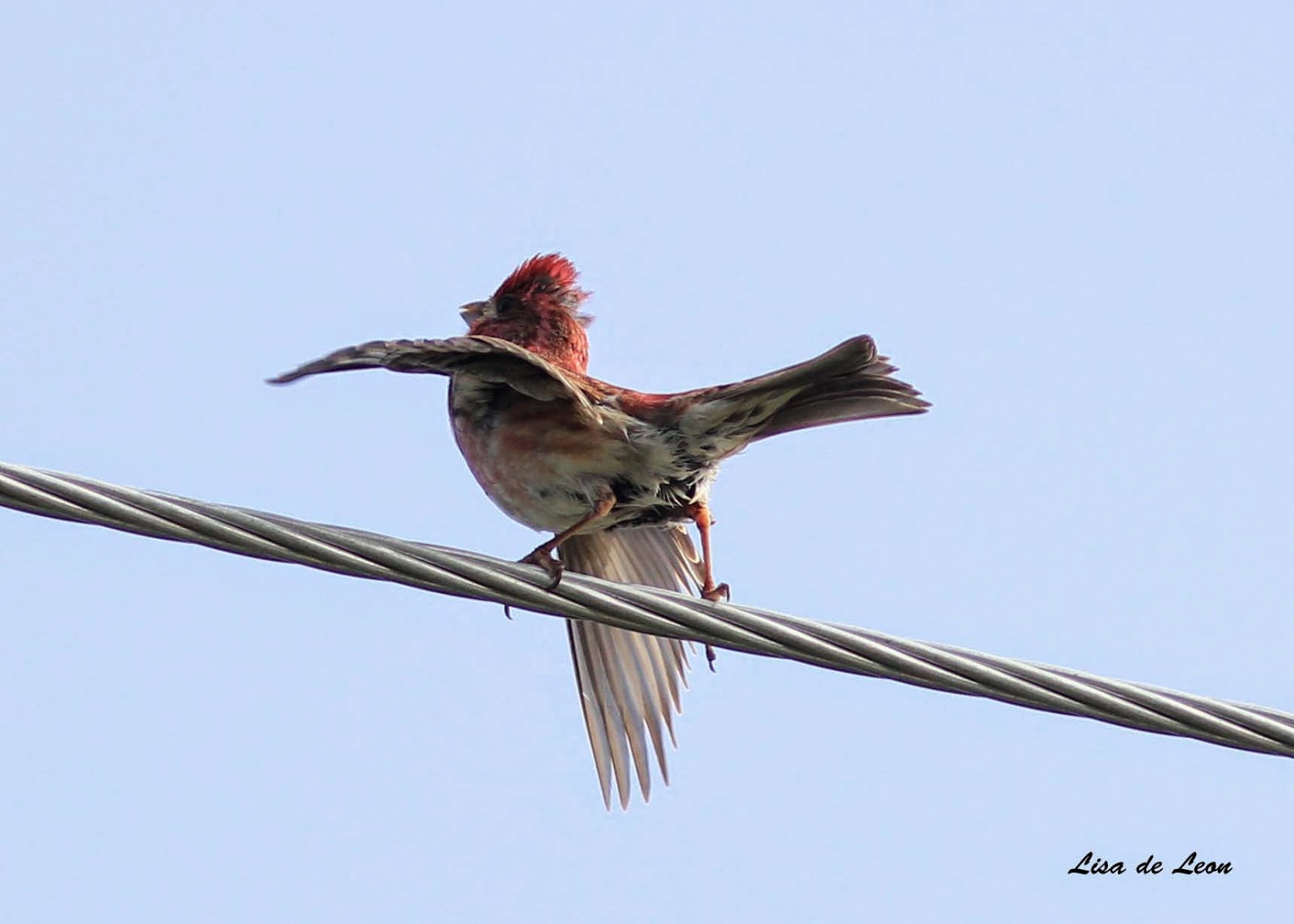 So, he thinks he can dance! This male Purple Finch put on a long and varied performance in an attempt to attract a mate. 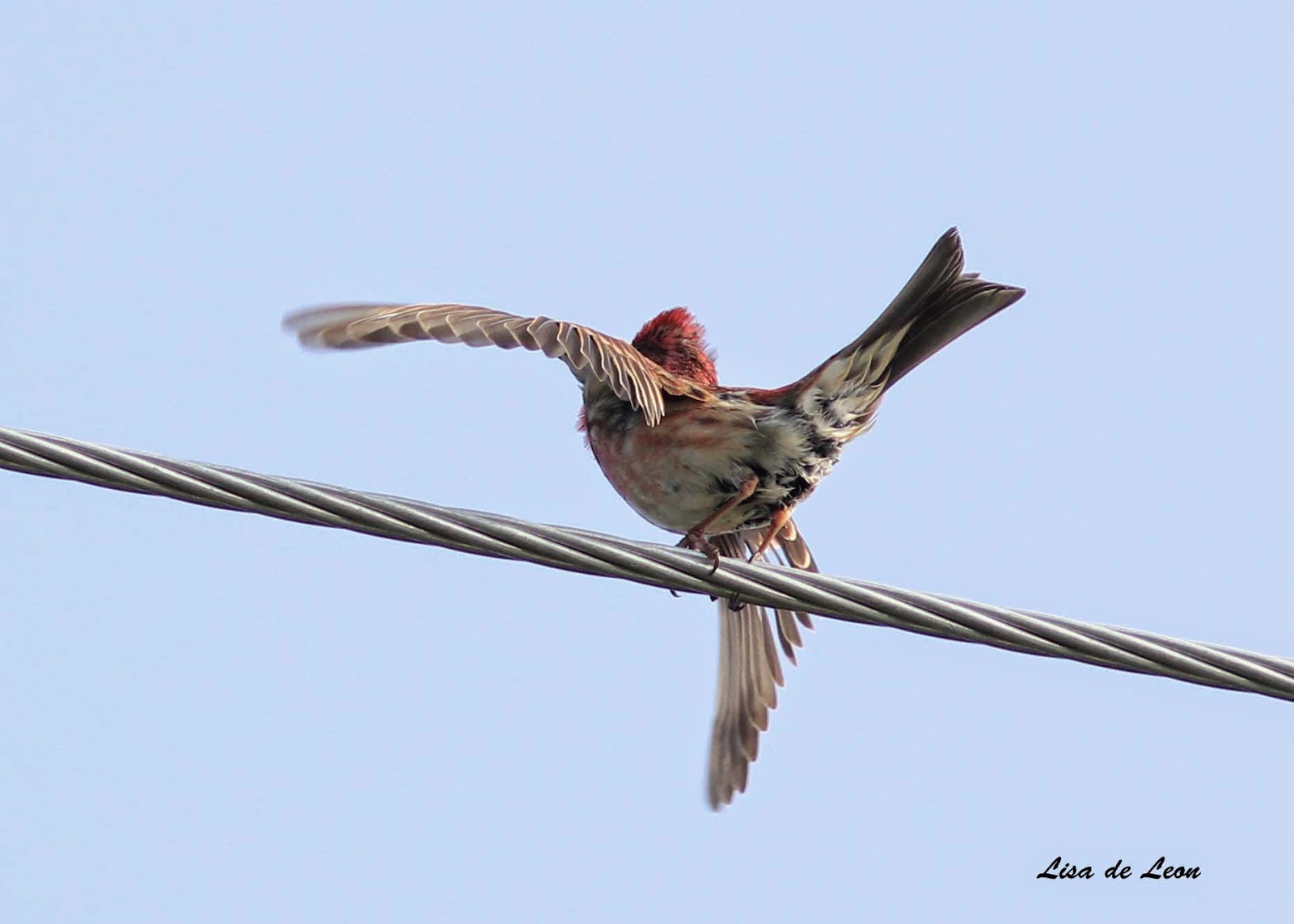 Initially, I saw him on the ground, but the best show of all came on this wire. 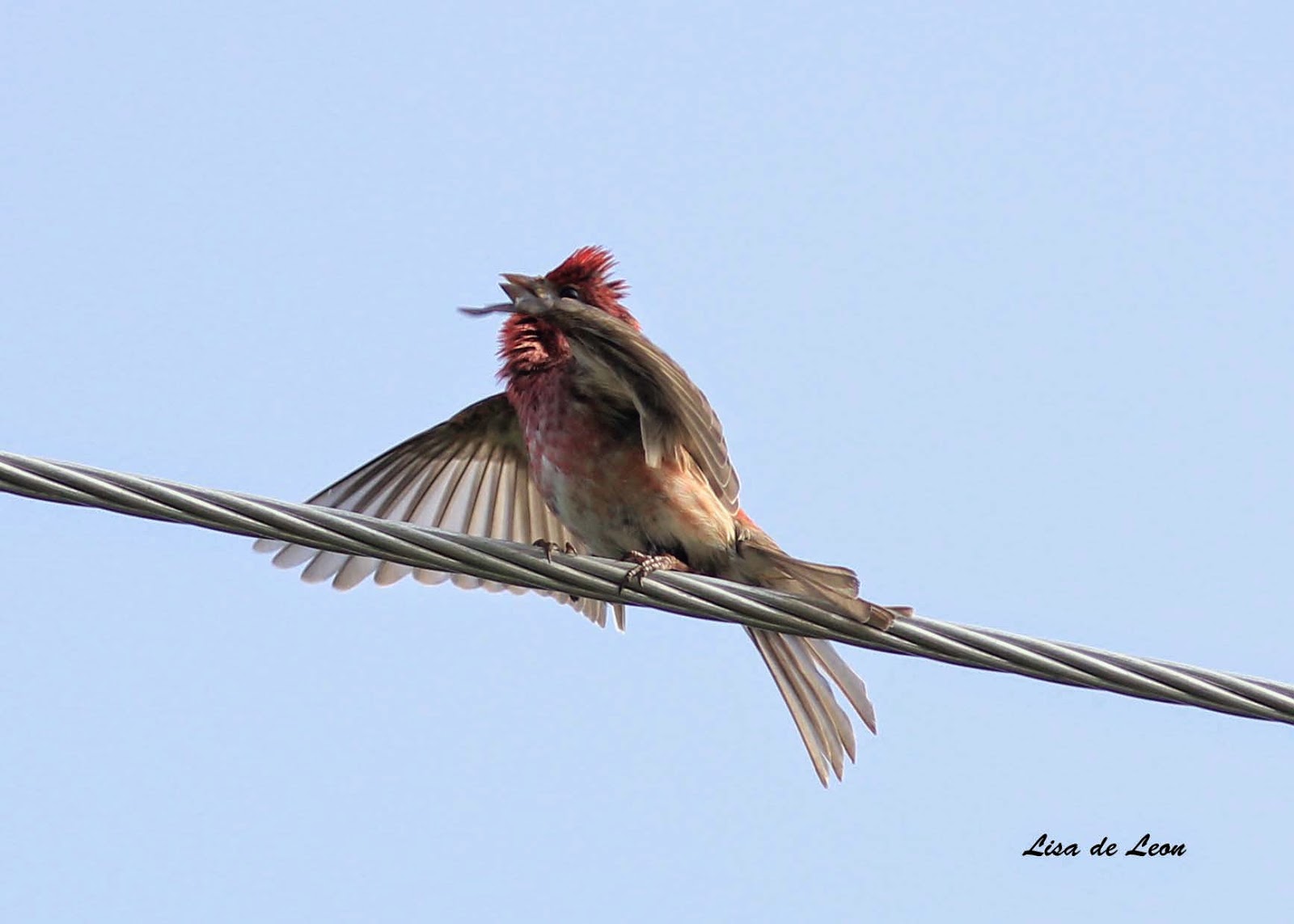 This practice is common among Purple Finch, but this is the first extended mating dance I have ever since. 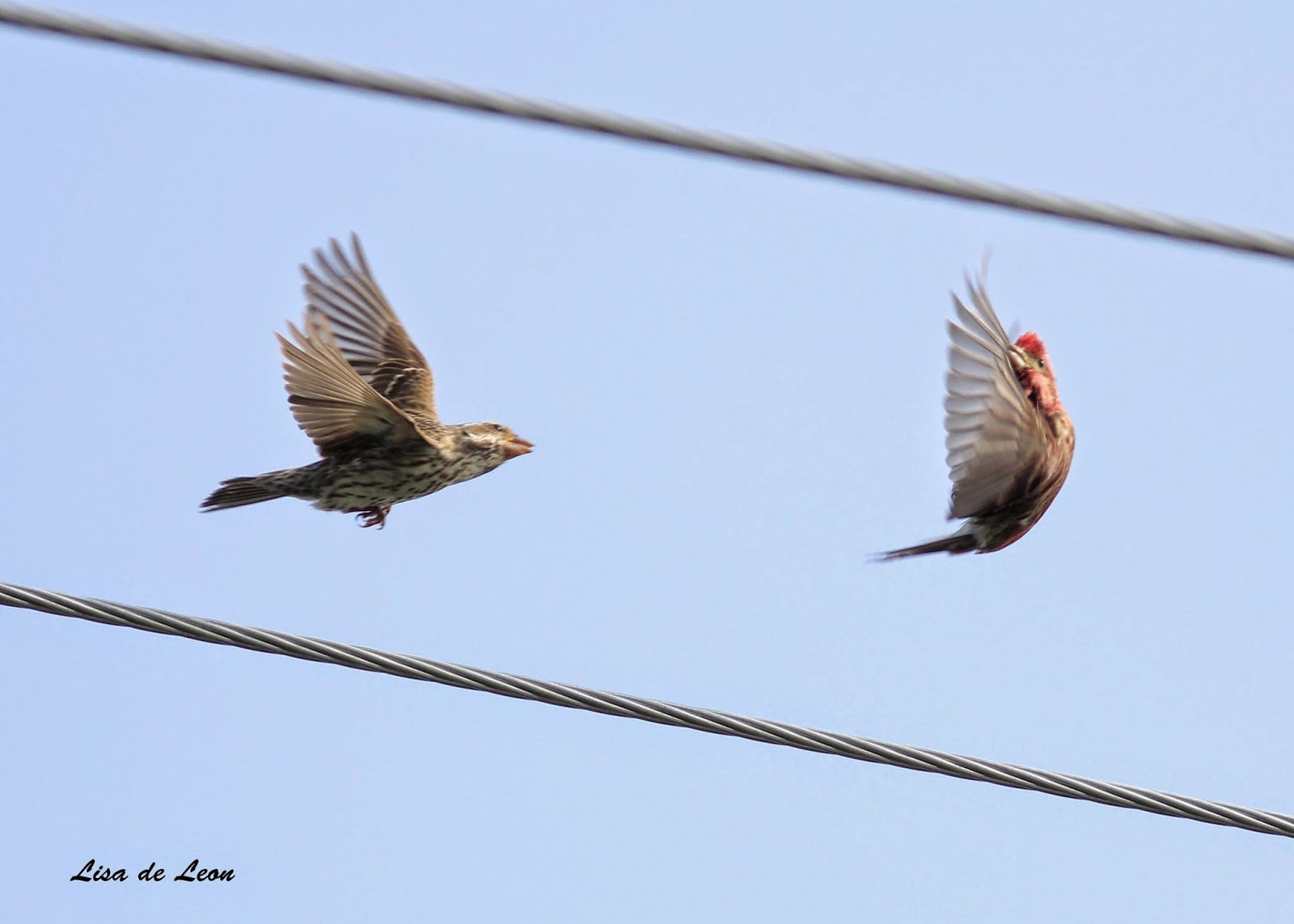 Try as he did, he was not impressing this lady. 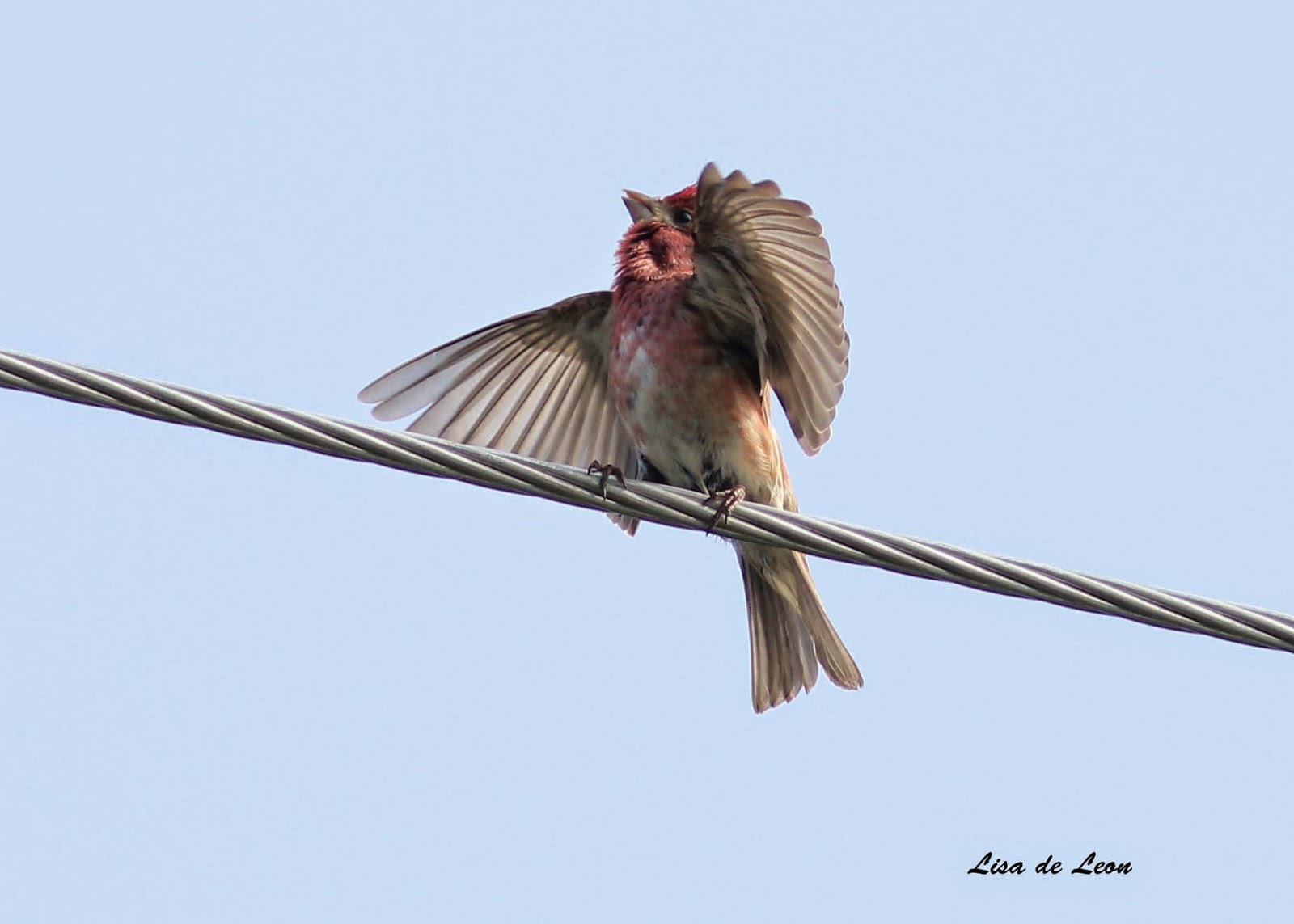 He was a double threat as he could sing and dance at the same time. 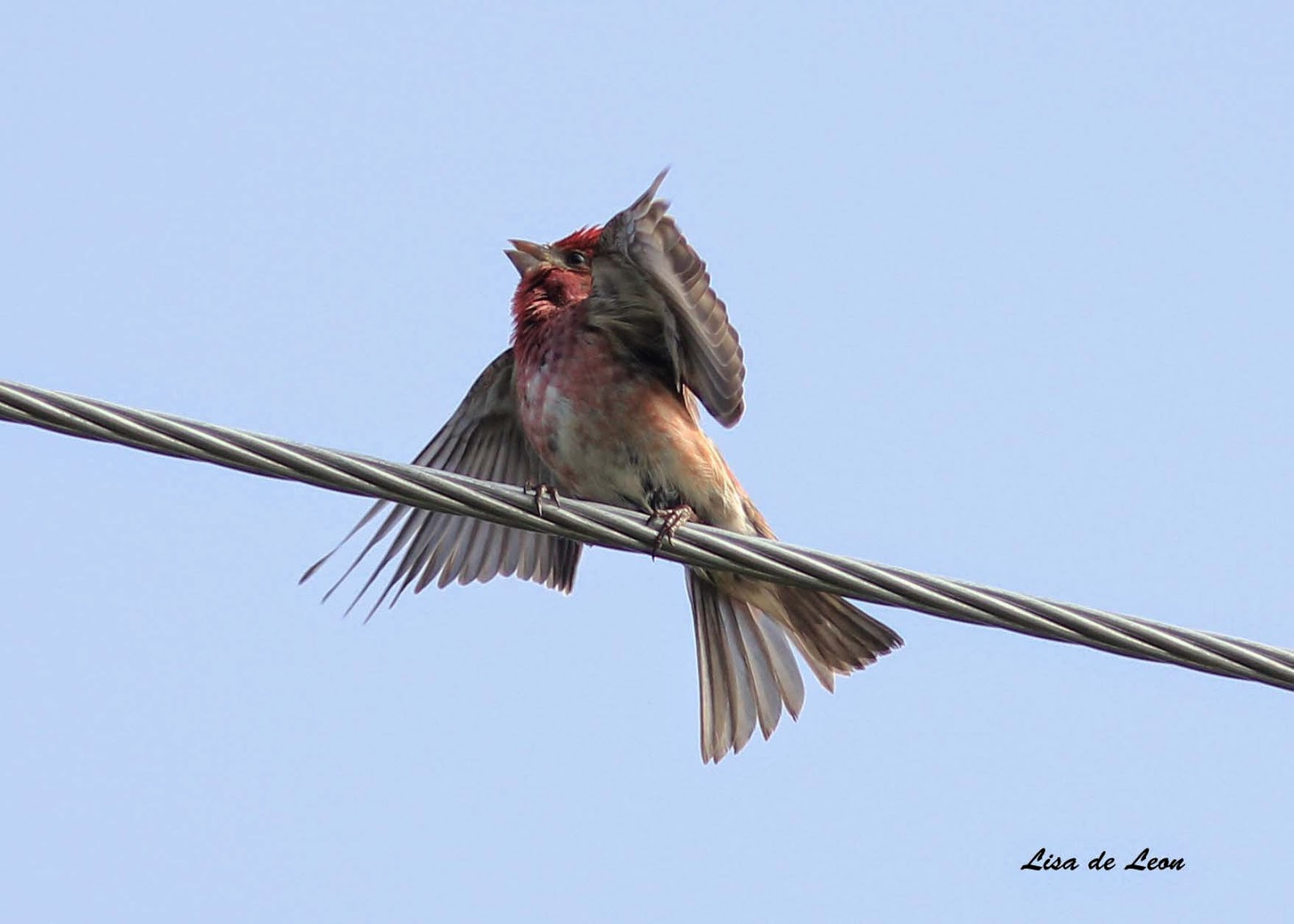 Nothing was going to deter him. I watched this unfold for about 15 minutes. 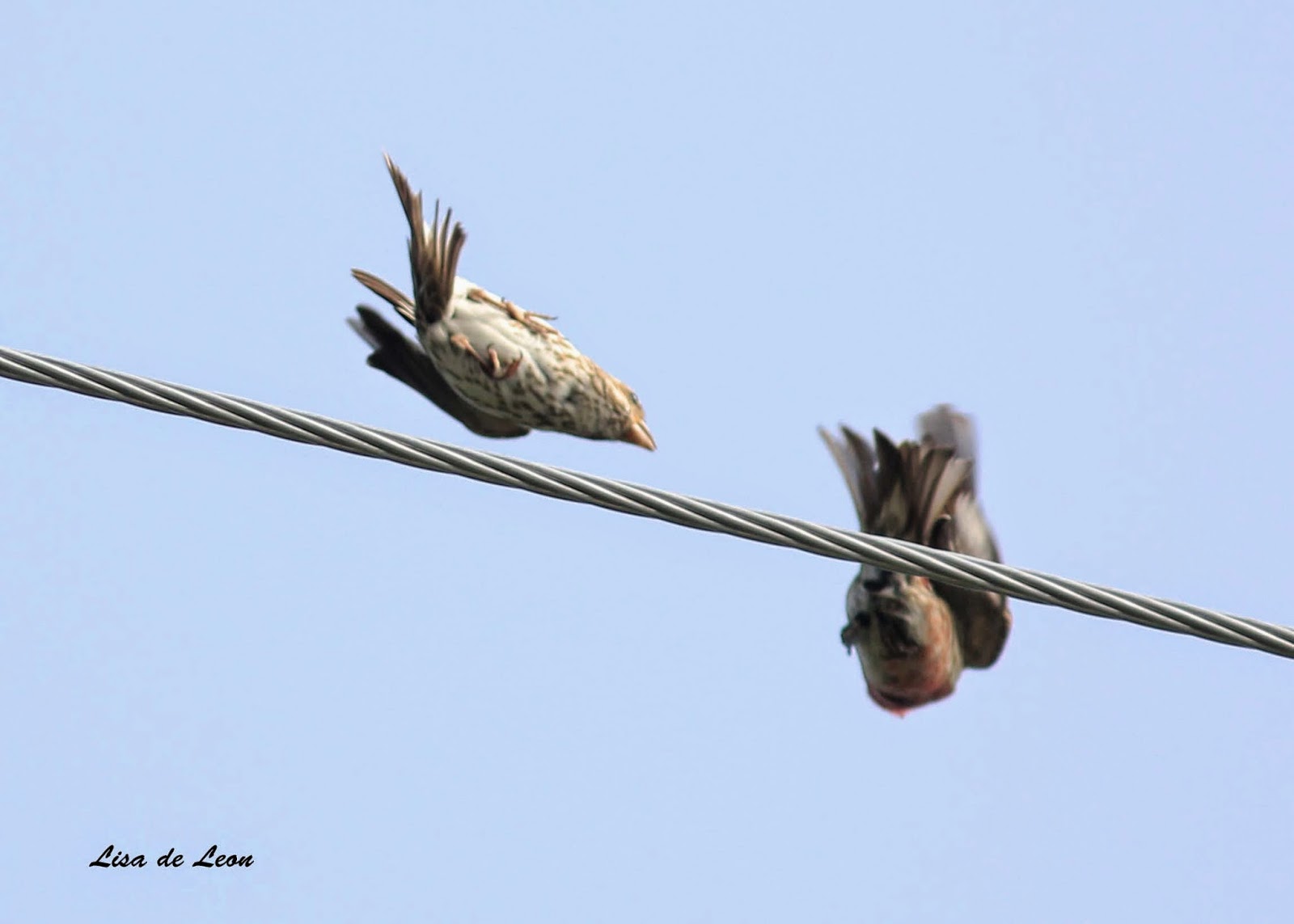 About every five minutes the female would drive him off the perch. 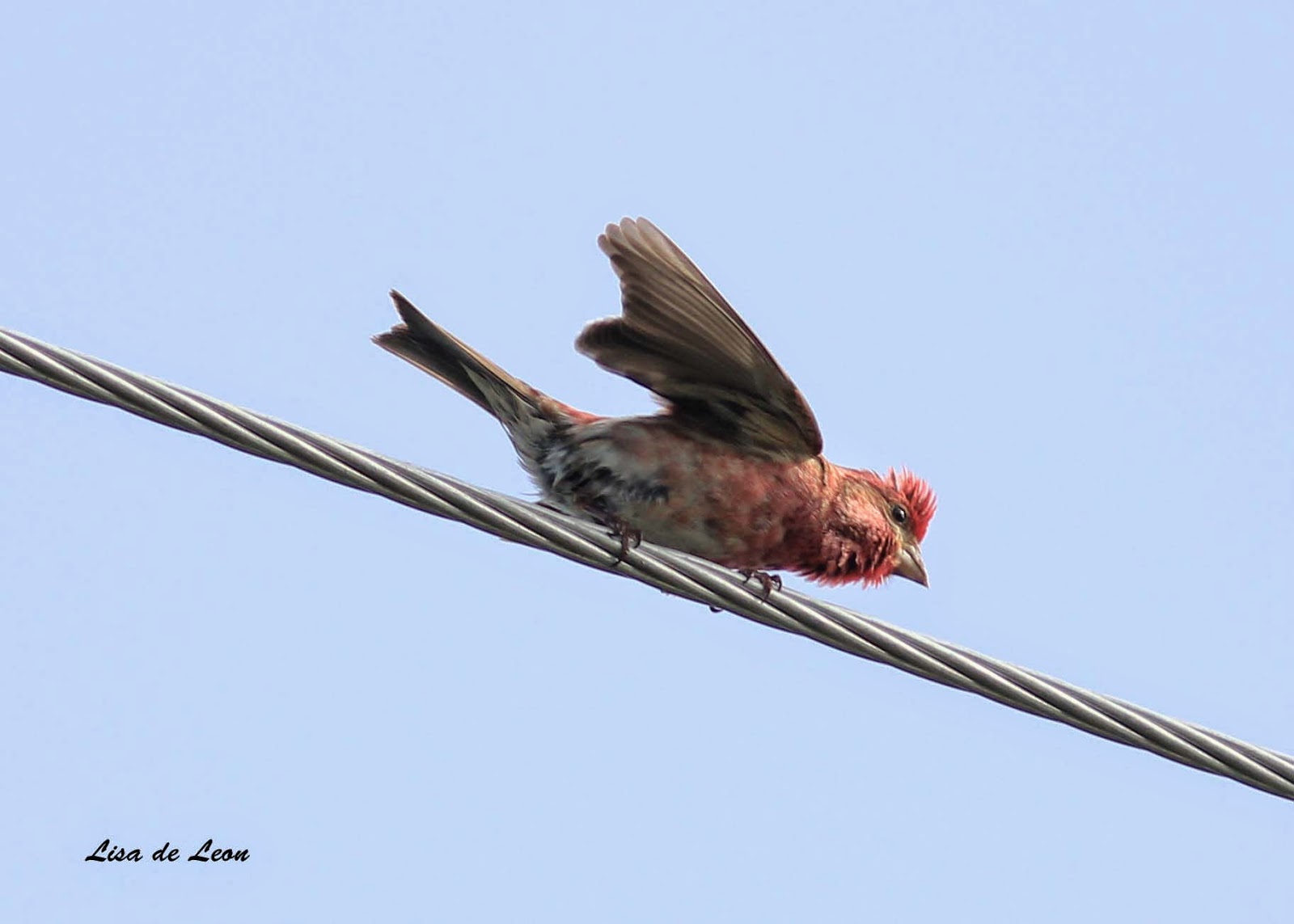 Undaunted, he hopped back on the wire and threw himself once again in to a full-on concert. 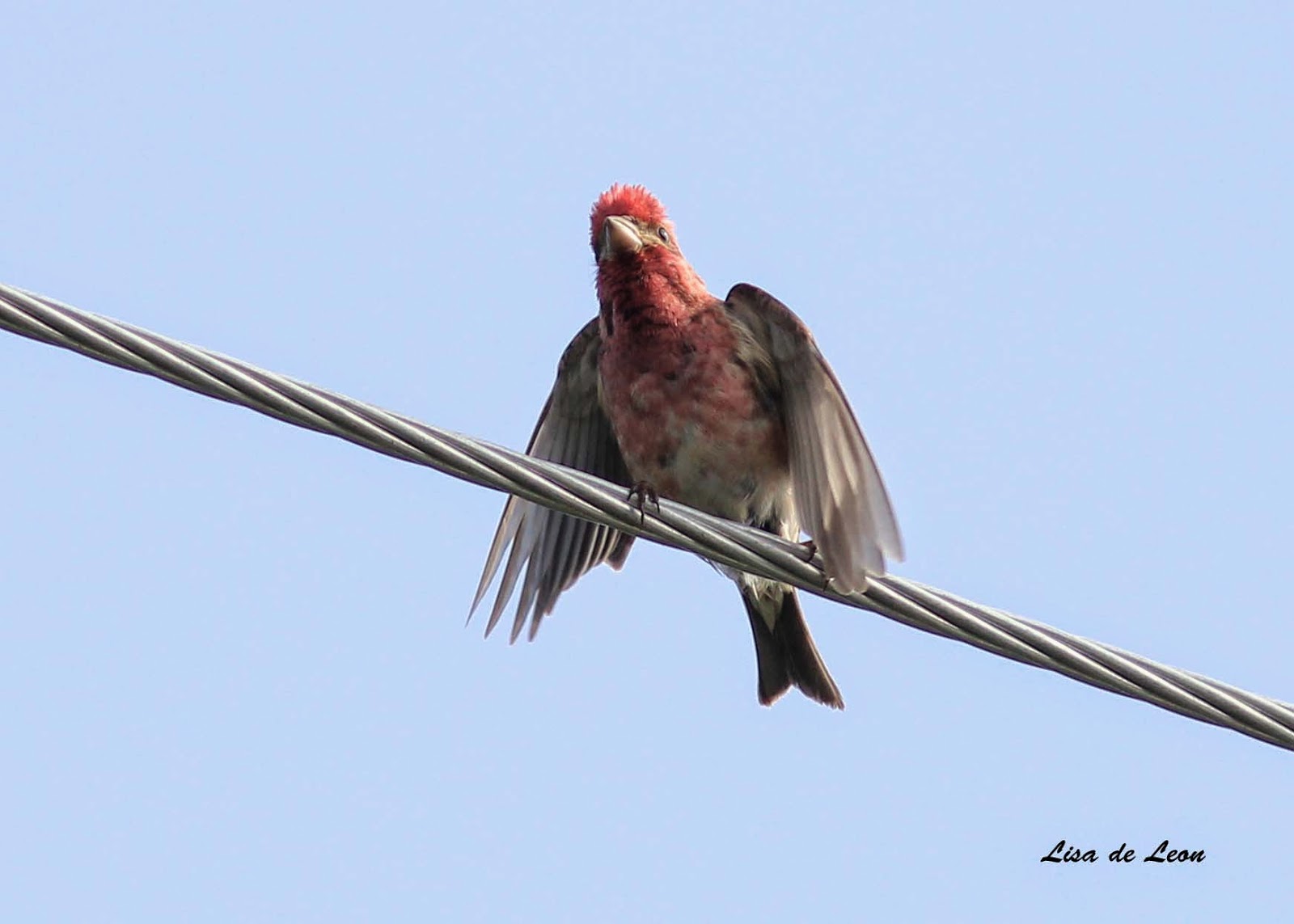 Feeling a little bad for this guy and thinking he must be really tired, I decided to give them their privacy. 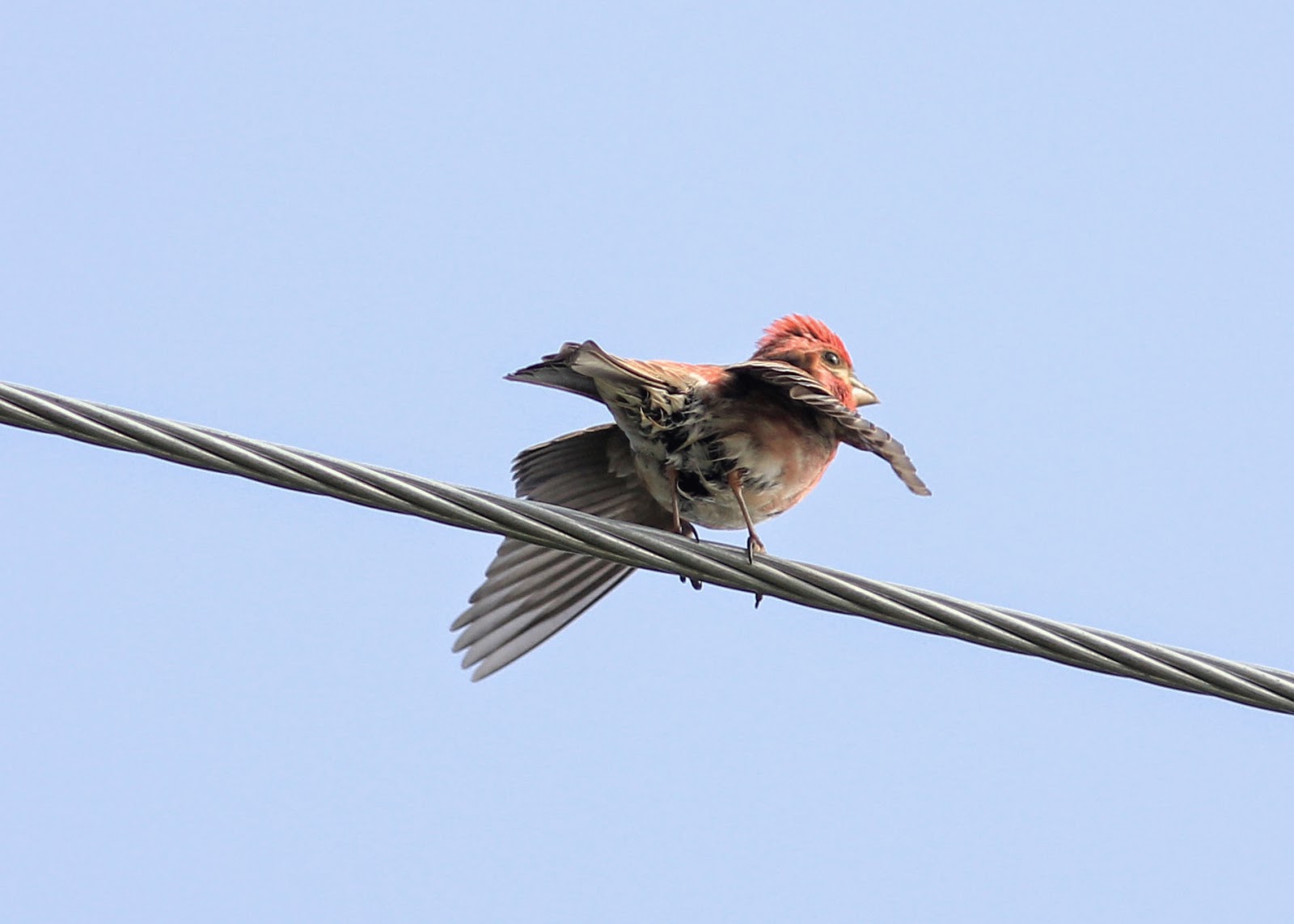 Frankly, I don't know how she could resist him.
Posted by Lisa de Leon at 8:28 AM