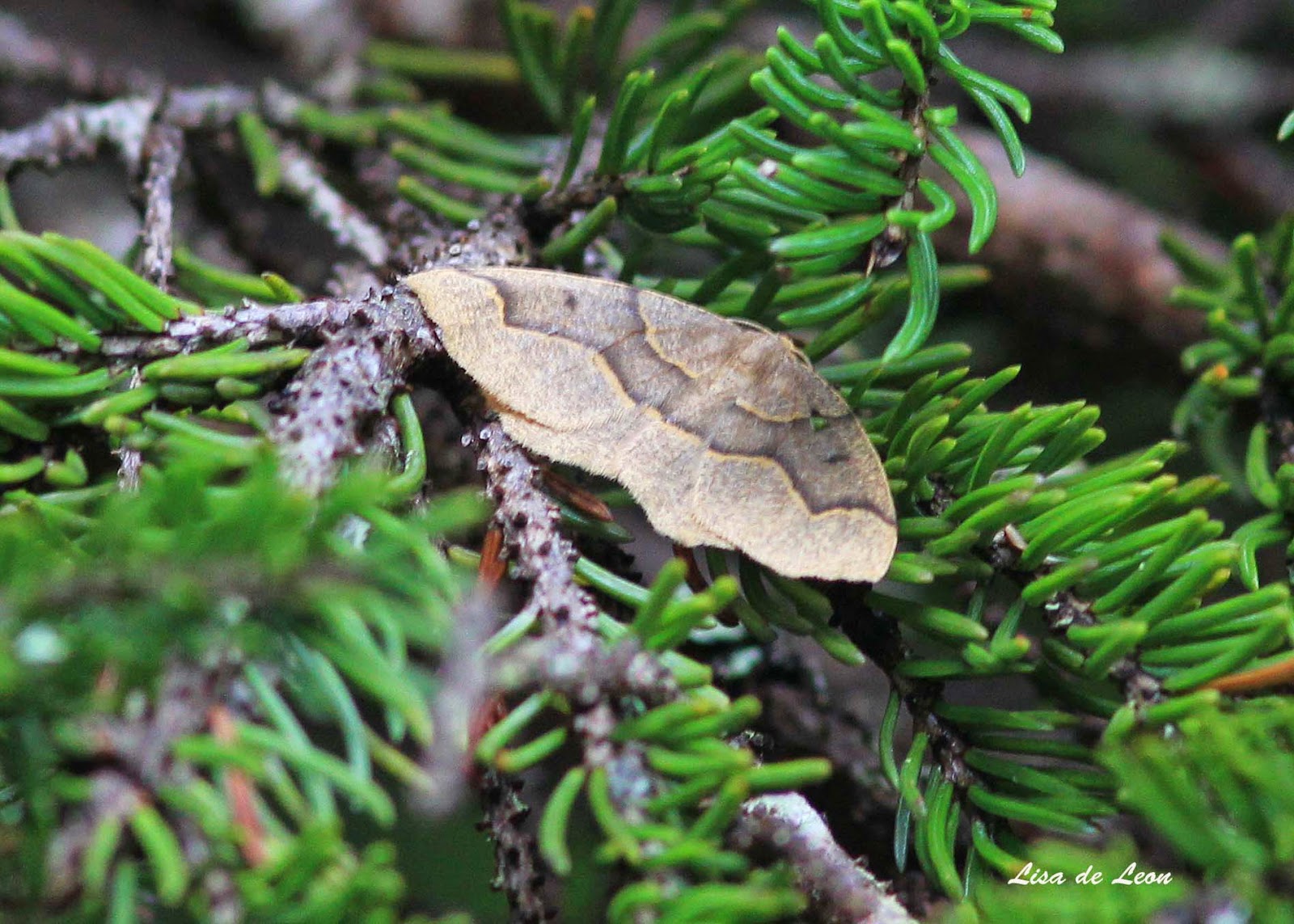 These shots of a Hemlock Looper were taken on August 23 and September 5, 2013 off Blackhead Road. They have been sitting in my "to do" folder for quite a while. 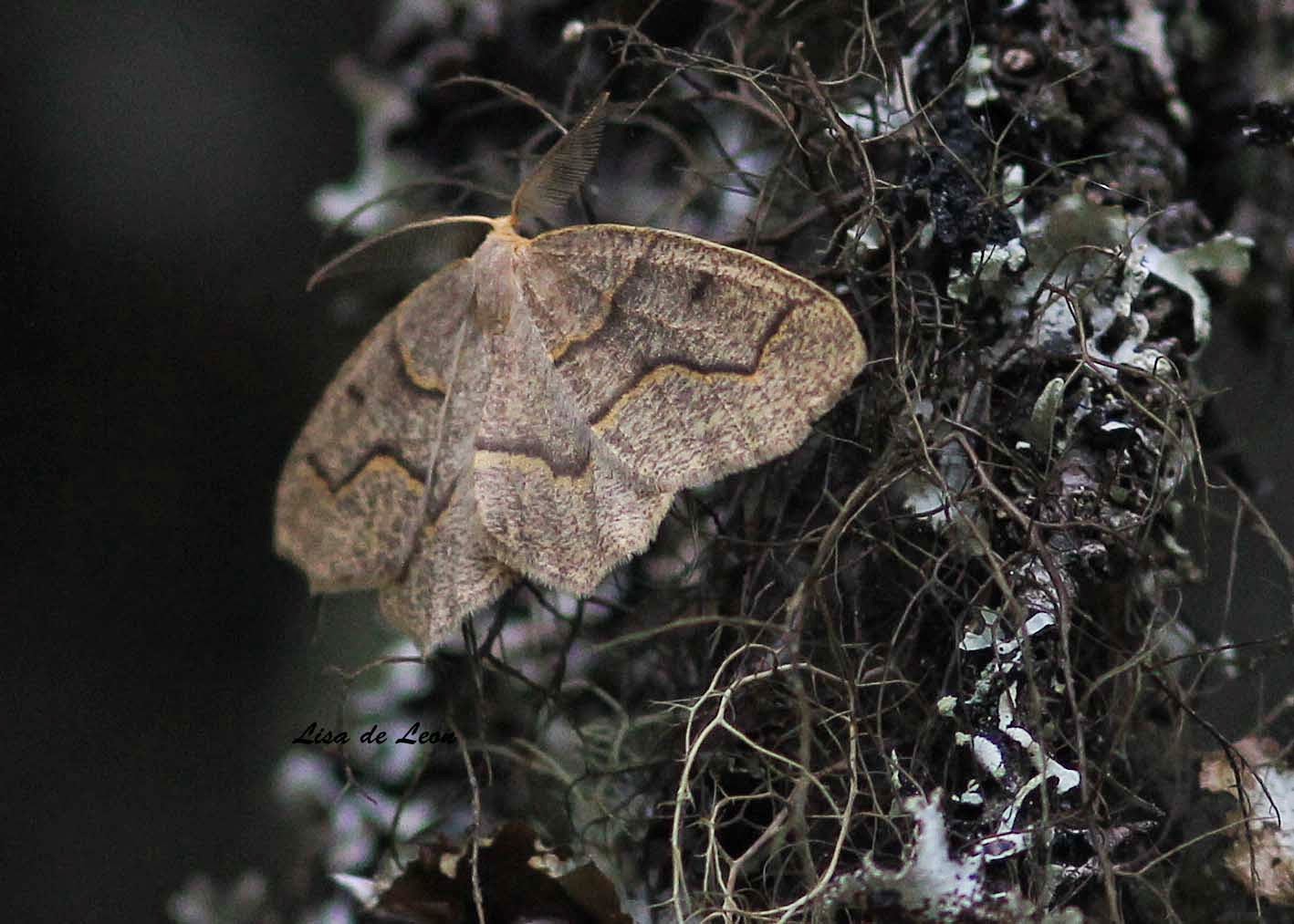 Now that there are so many moths and butterflies around, my interest has been renewed. I am embarrassed to say how long it took me to identify this one. I think I need some "facial recognition software." Otherwise, the only thing I know to do is Google descriptions, review images of official provincial moth and butterfly  lists, and just keep scrolling through thousands of online images... a tedious process. 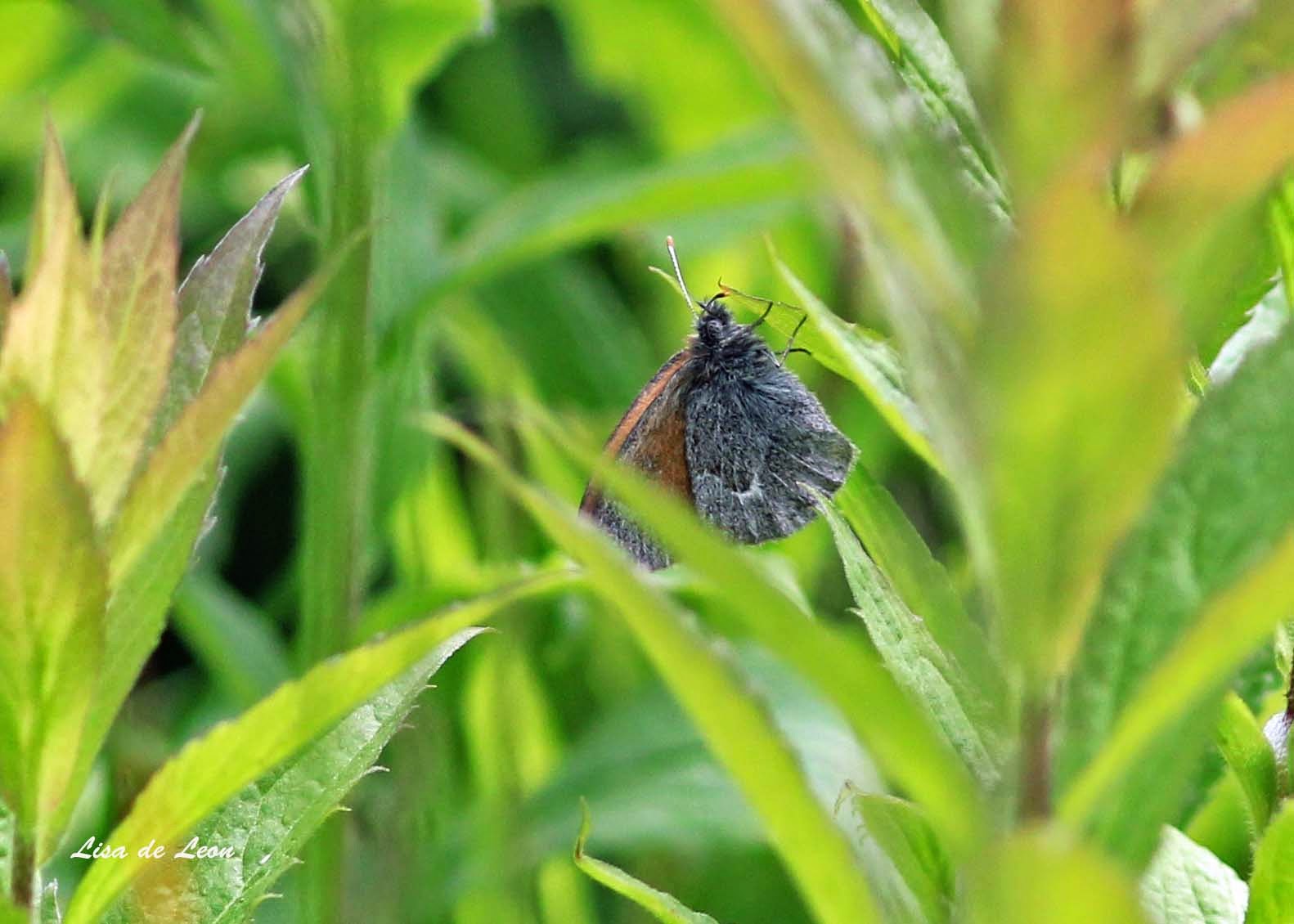 Yesterday, I took a walk near my home behind Windsor Lake. The wind made it very difficult to find and to photograph the insects I saw. I was lucky to get these shots of a Brown Elfin. 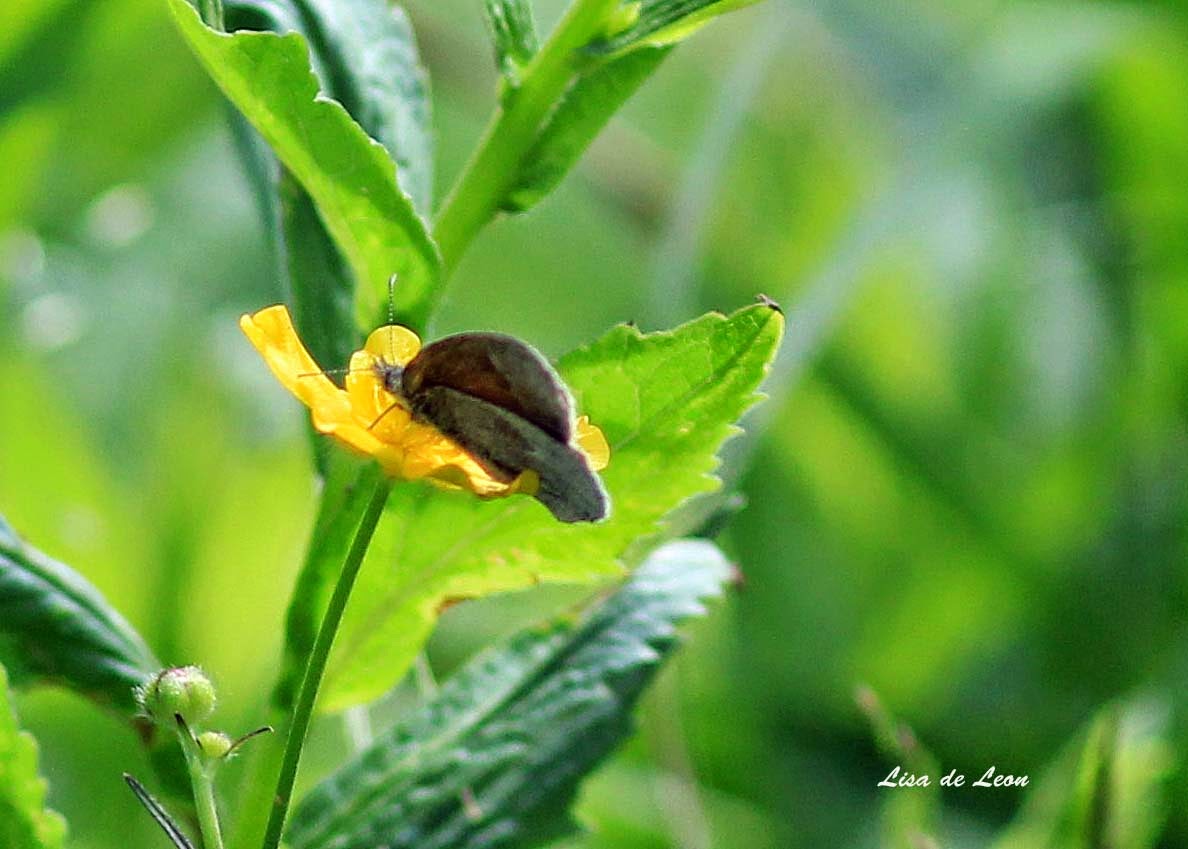 I was particularly baffled by this last picture because of the extended wing. Maybe the unusual pose was caused by the strong winds.

There were also many varieties of dragonflies in the area, but only one landed for a picture. Will share it at another time.
Posted by Lisa de Leon at 7:24 AM