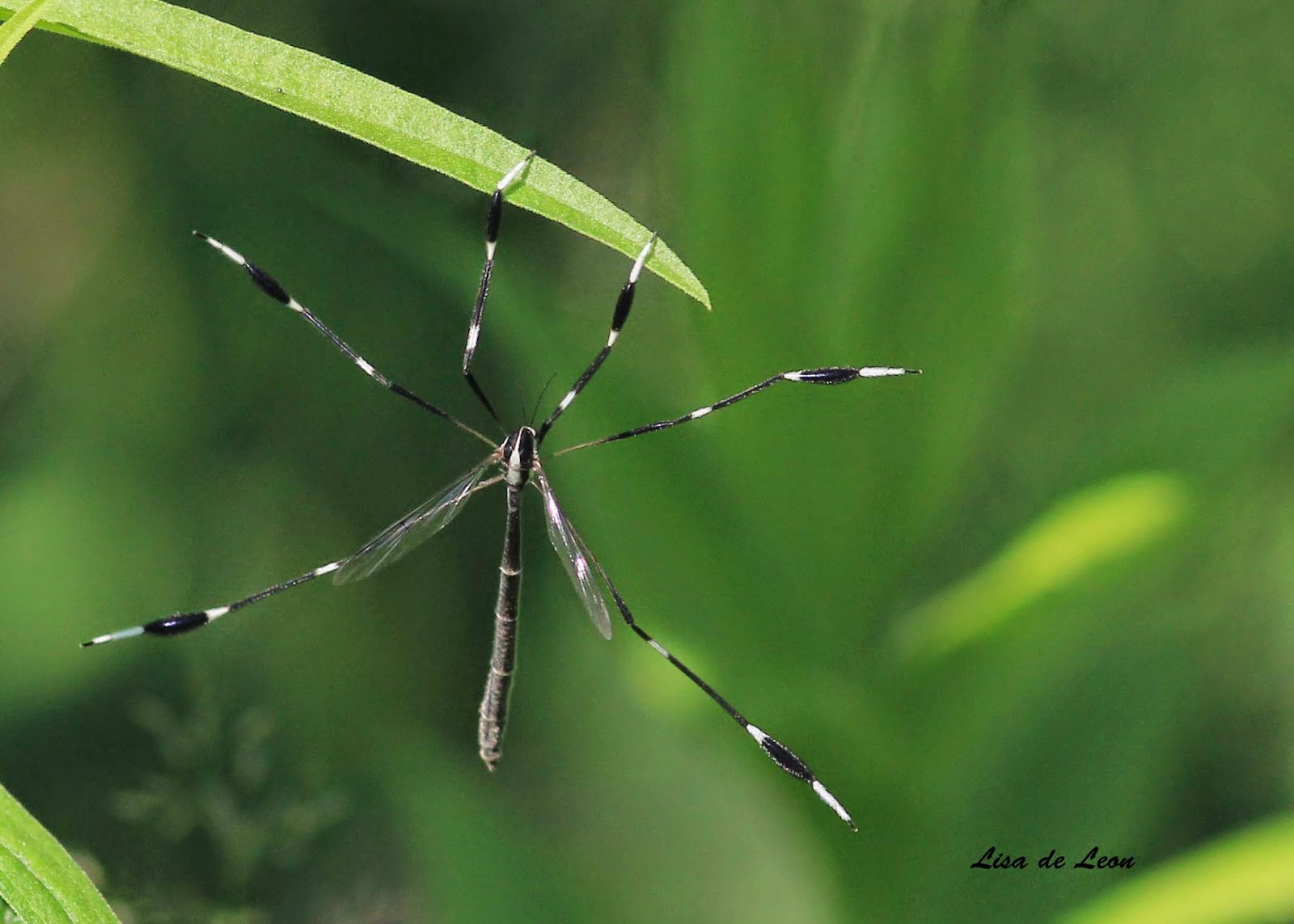 I had a long walk up Cochrane Pond Road today and really focused on birds. I saw 24 species and promise my next post will be on some of the birds I saw. However, I can't help but share the two special creatures I saw today. This unusual long-legged fly is called a Phantom Crane Fly. It floats through the air. Lucky for me, it lit on a nearby leaf. 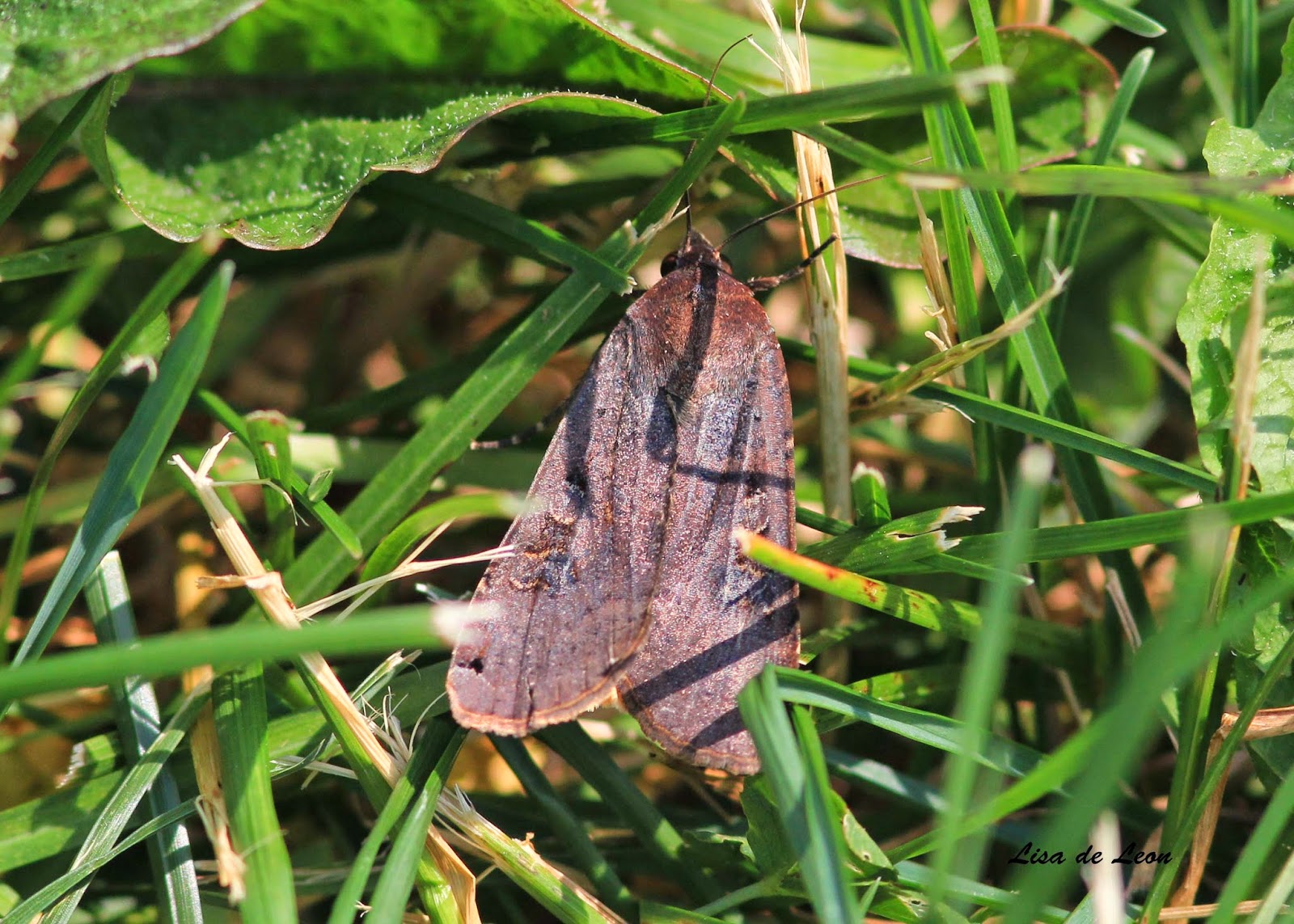 Thinking my observations were done for the day, I began working in my backyard. Those darn weeds are still there. As I put the weed puller in the ground, up crawled this large moth. 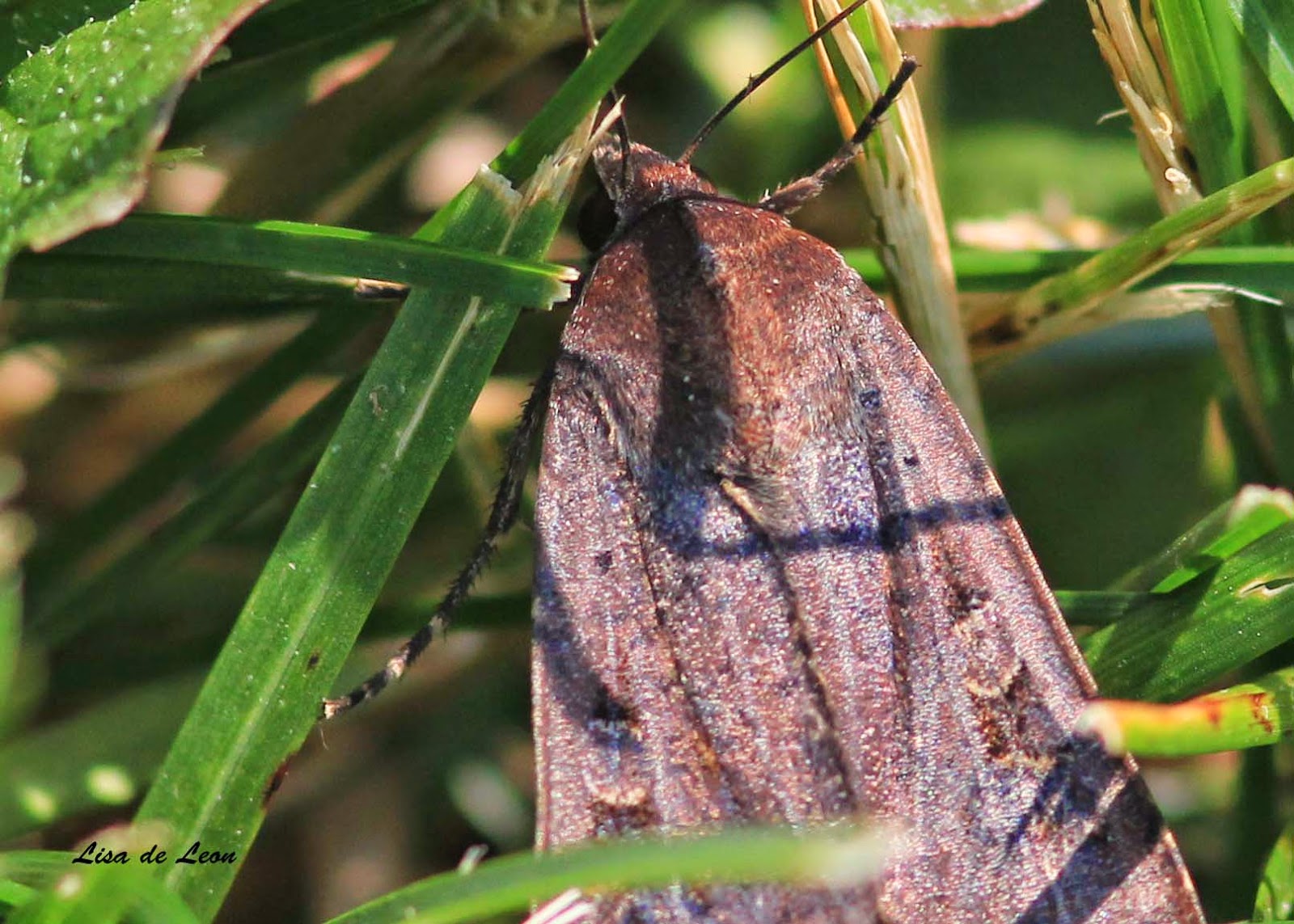 Laying a marker where I saw it, I rushed in to get my camera. It took me two times of searching before I relocated it. 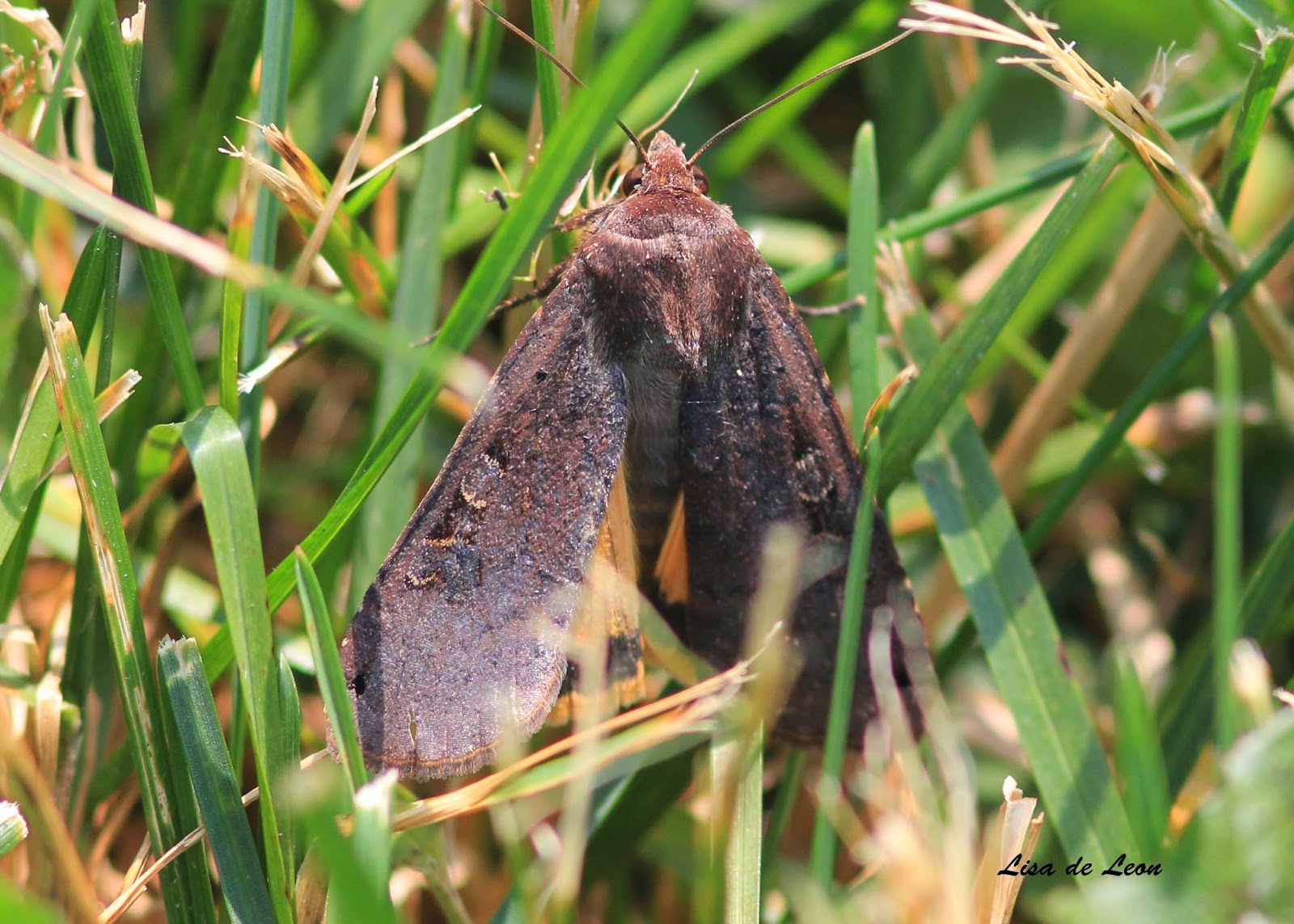 I think this is a Large Yellow Underwing moth which is the most common of the two I considered. 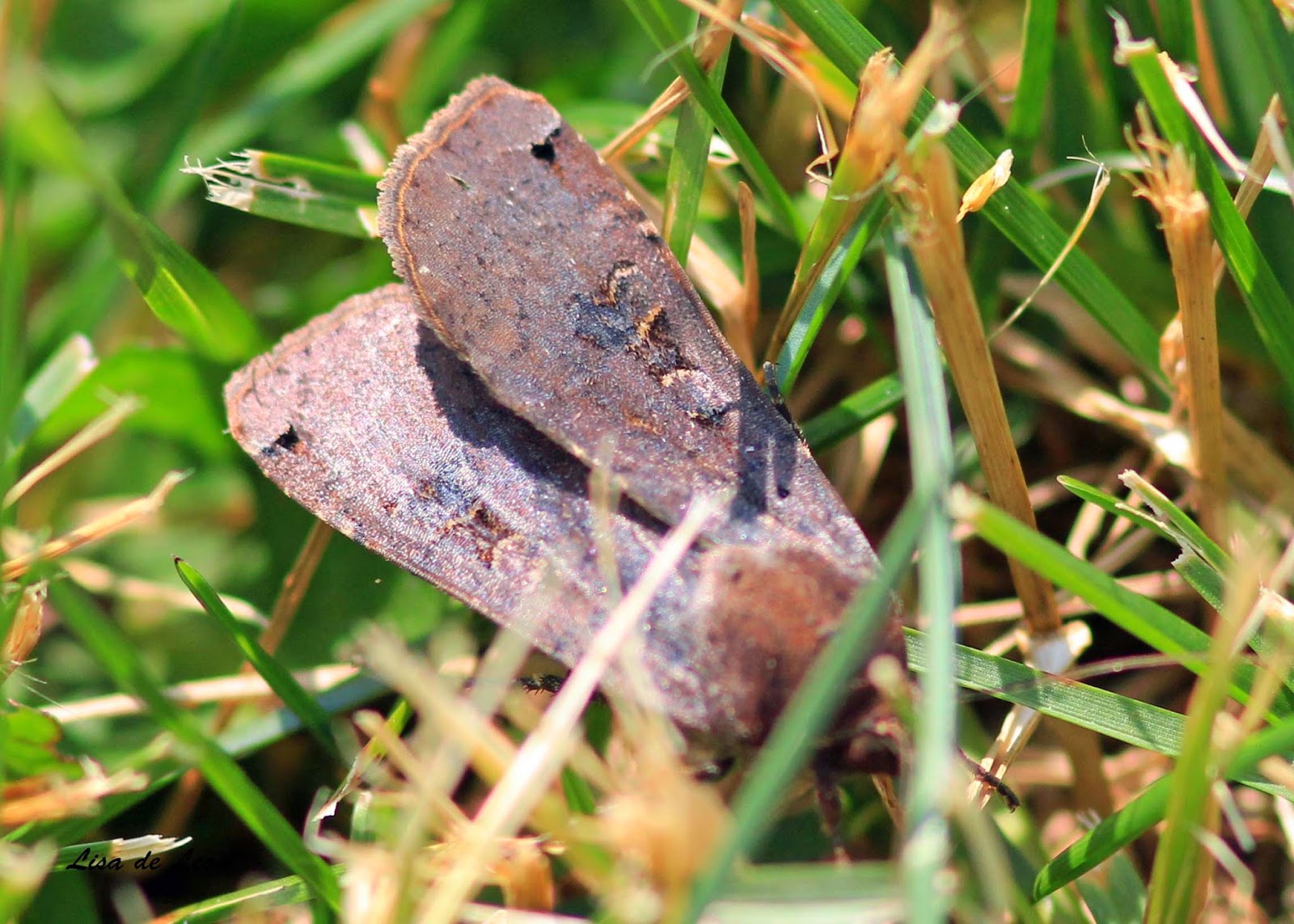 The Large Yellow Underwing was introduced into Nova Scotia some years ago. It would make sense it would find its way here in Newfoundland. 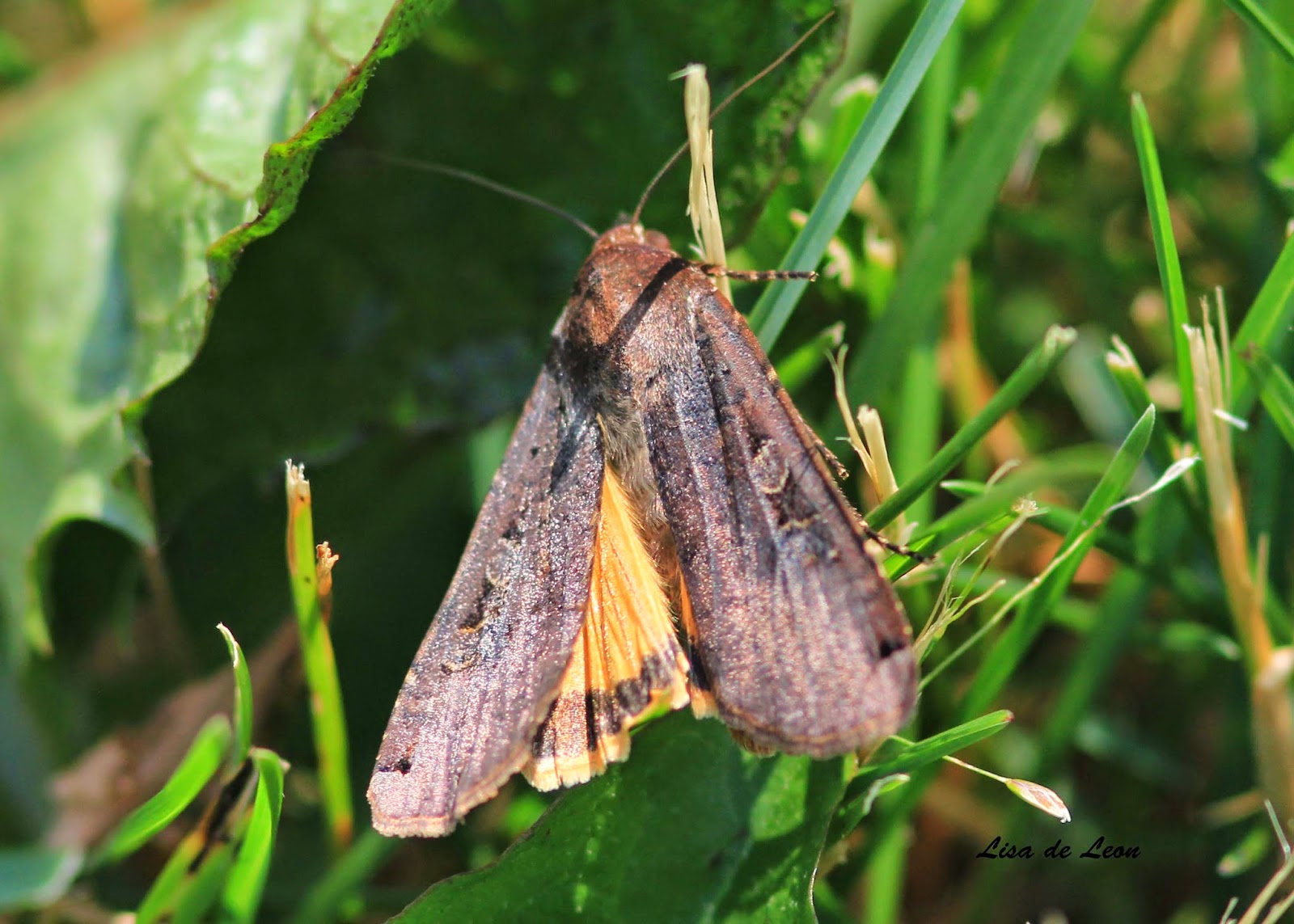 I included so many pictures of this moth because I was closely studying it in consideration of the very similar, rare UK Lunar Yellow Underwing. Honestly, the marking seem exact for the Lunar, but given the rare status, I figure it probably isn't. Anyway, the moral of the story...observation is never done. Surprises just appear everywhere and all the time.
Posted by Lisa de Leon at 4:31 PM