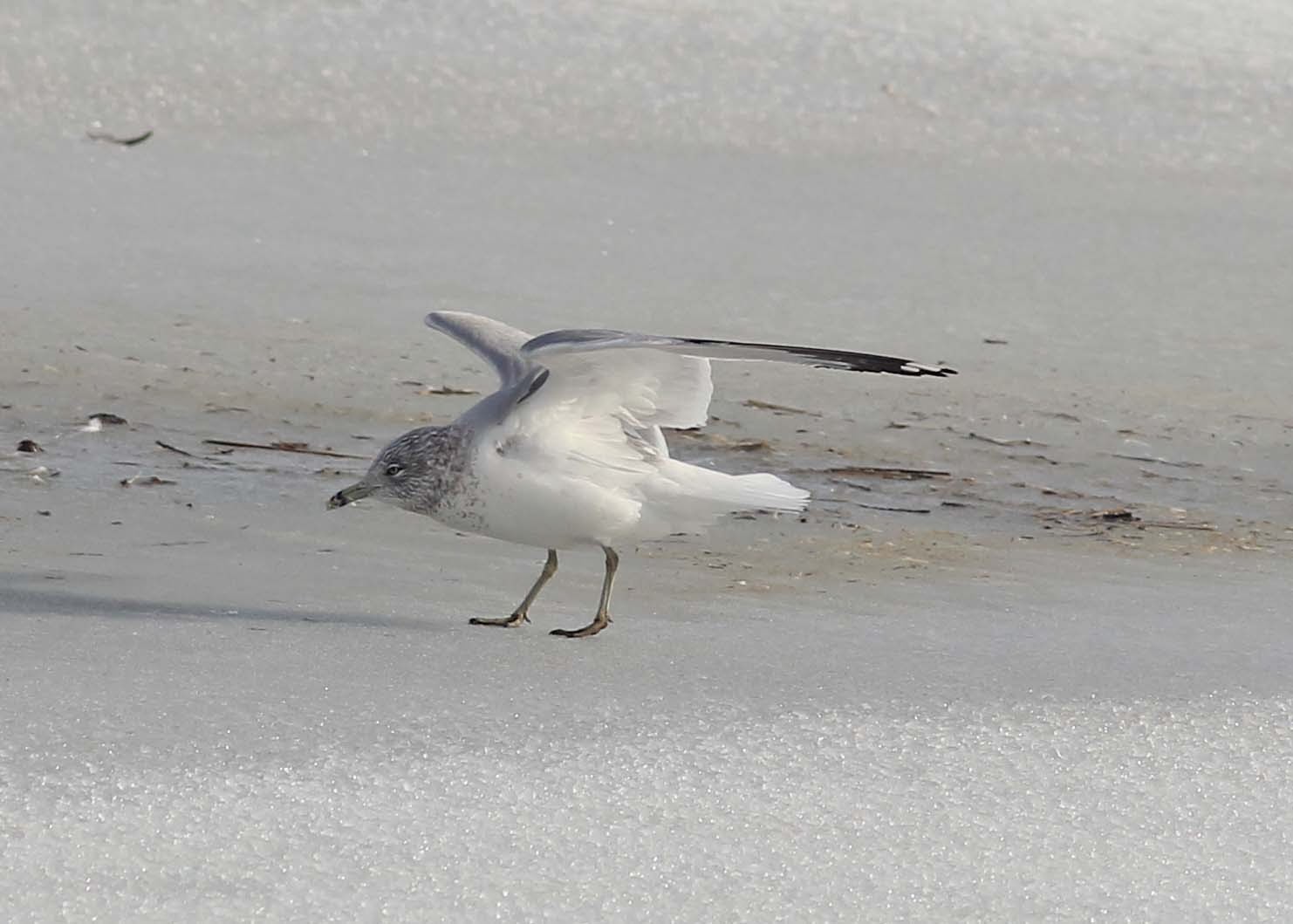 In my last post I included two pictures of what I thought was a strange-looking Mew Gull. Well, it was so strange because it doesn't seem to be a Mew at all. 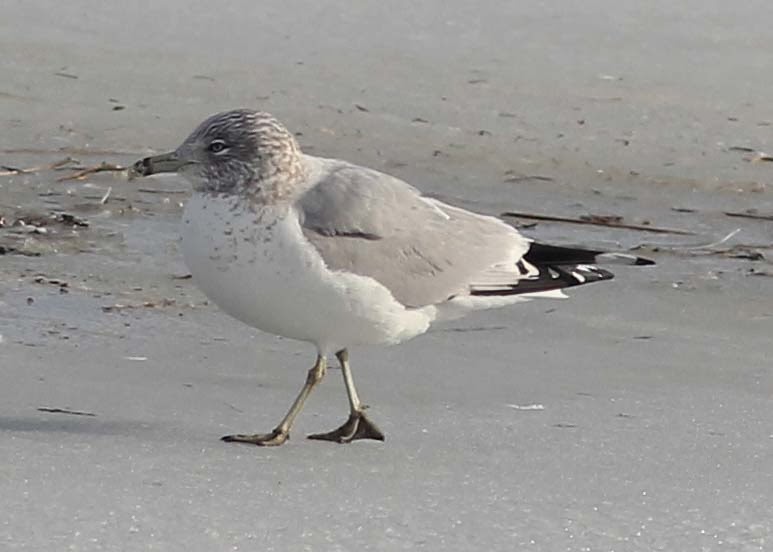 In fact, at first I thought it might be something other than a Mew or Ring-billed Gull because it was so different from both species. 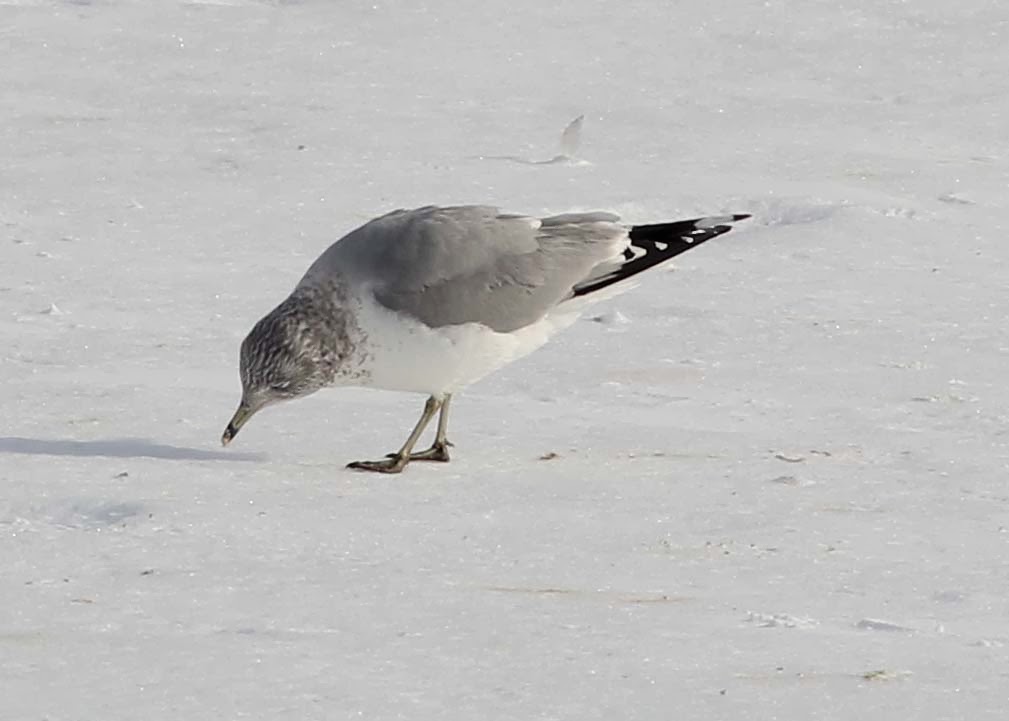 I concluded it was a Mew (Common) Gull for these reasons: It was smaller than the nearby Ring-billed Gull; its beak was thinner and no well-defined ring, and its legs were greenish. The very dark, streaky head did not fit with either of the species I considered. 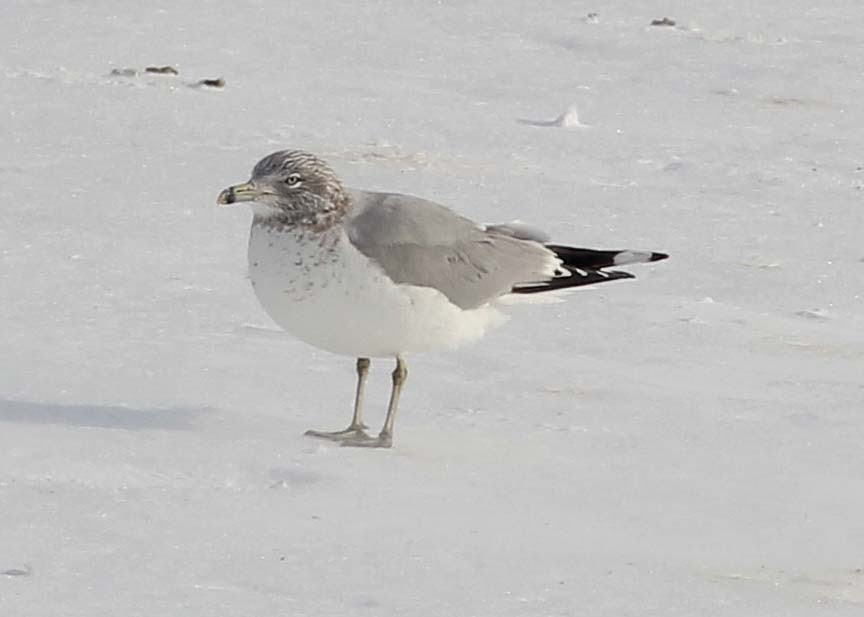 Yesterday, Jared Clarke sent me an e-mail asking for more pictures. He was leaning toward this being a Ring-billed Gull or on an outside reach - "a race of COGU from Asia (Kamchatka Gull) that can have denser head streaking, pale eye and larger eye - but still doesn't look right." 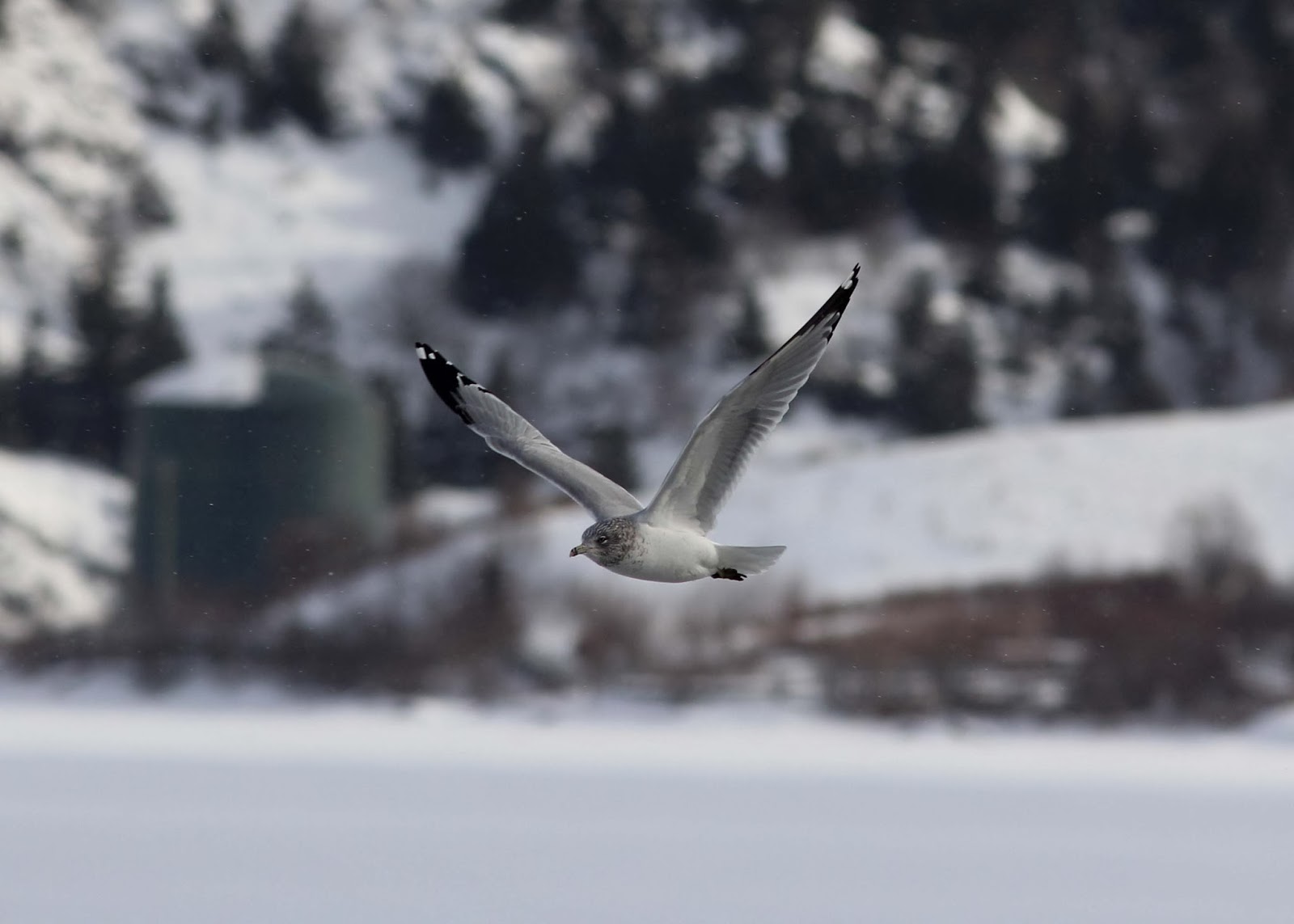 That possibility sent me back to my pictures and Sibley's to see if I could figure this out. 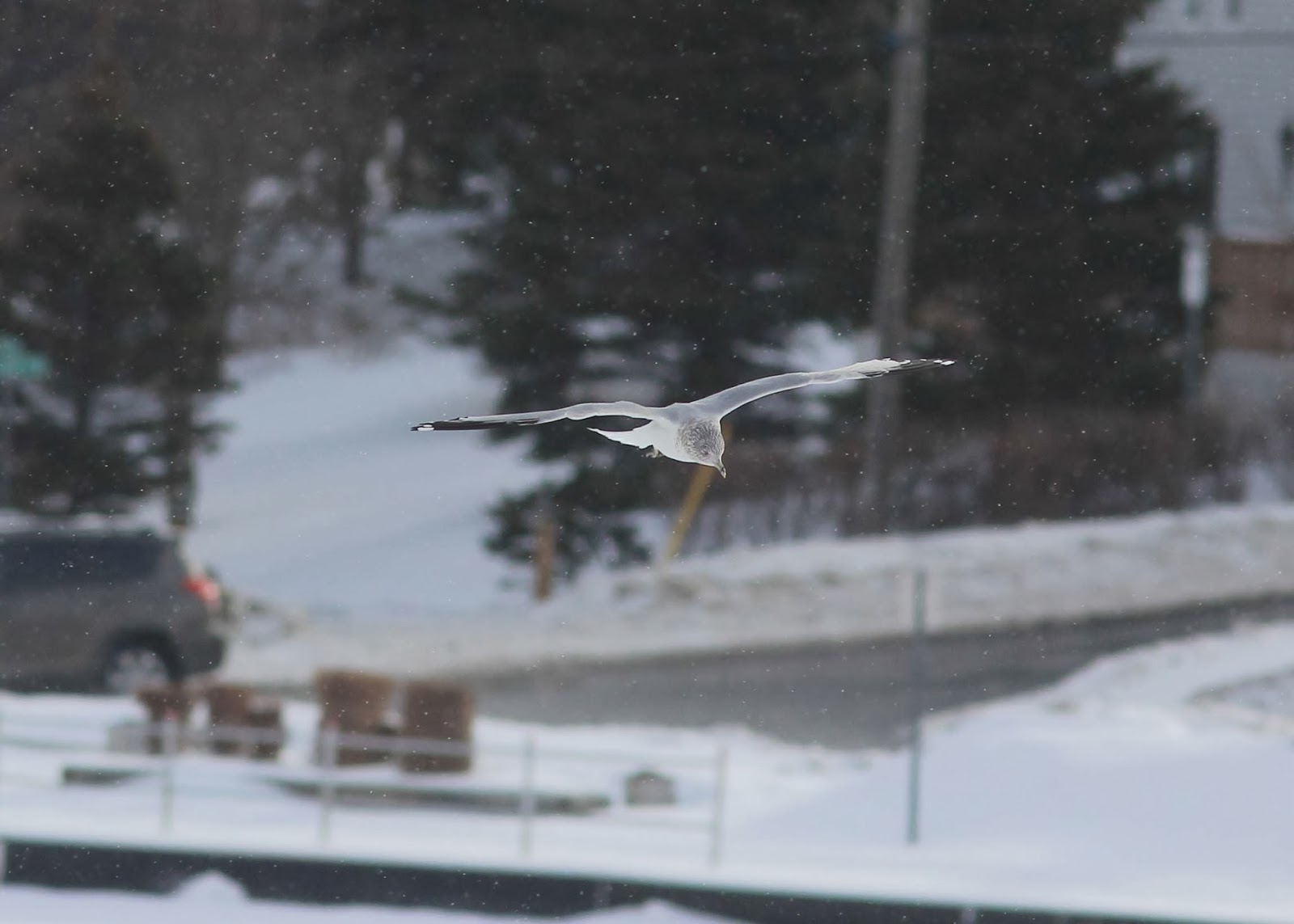 I have several flight shots making it easy to study the wing patterns. Without doubt, the wing tips indicate this is a Ring-billed Gull, not a Common Gull. 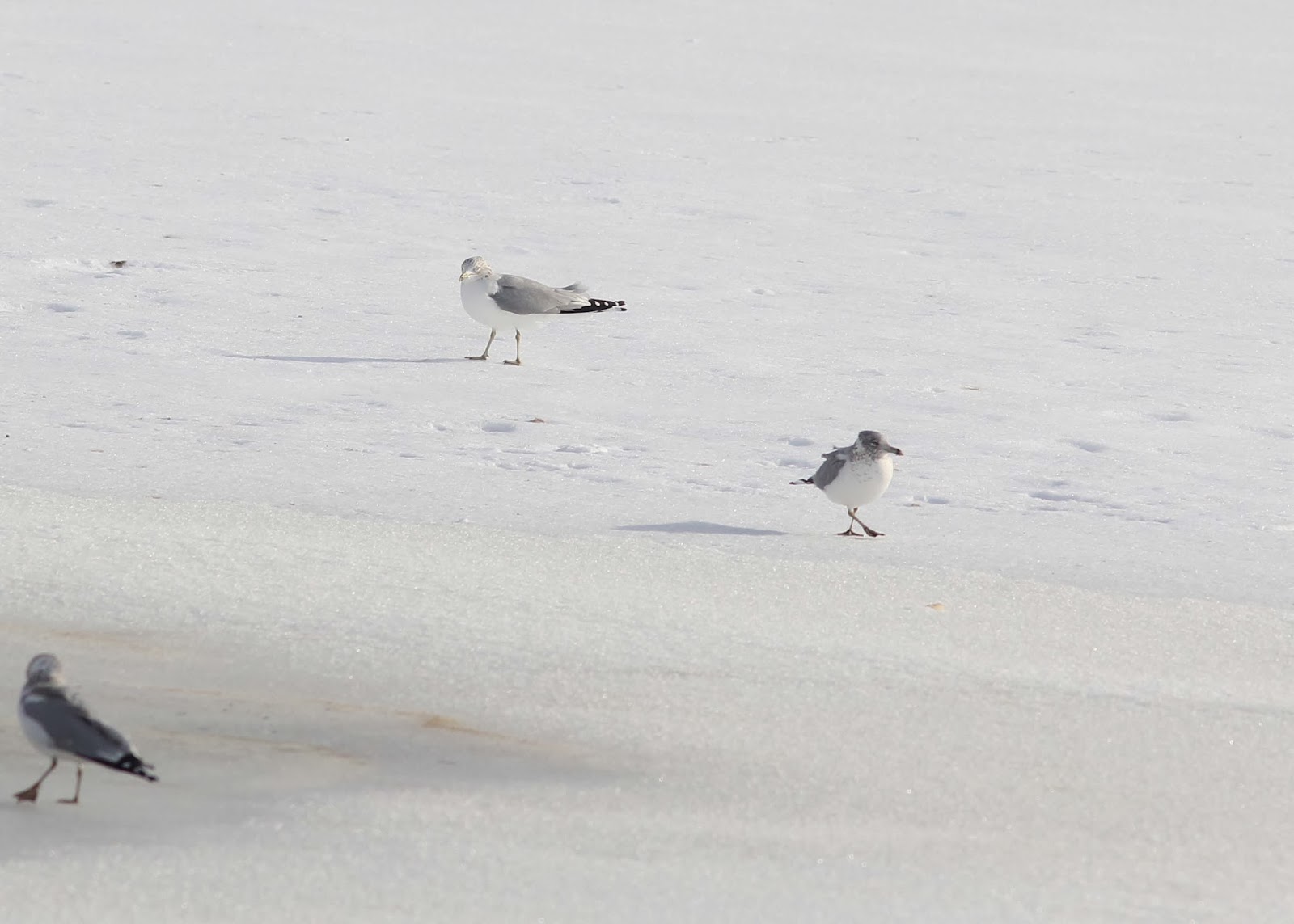 Puzzling. This picture show the Common in the right forefront and a Ring-billed in the center back. The size differentiation is clear. I began to wonder if it might be a hybrid of both species. Probably not. 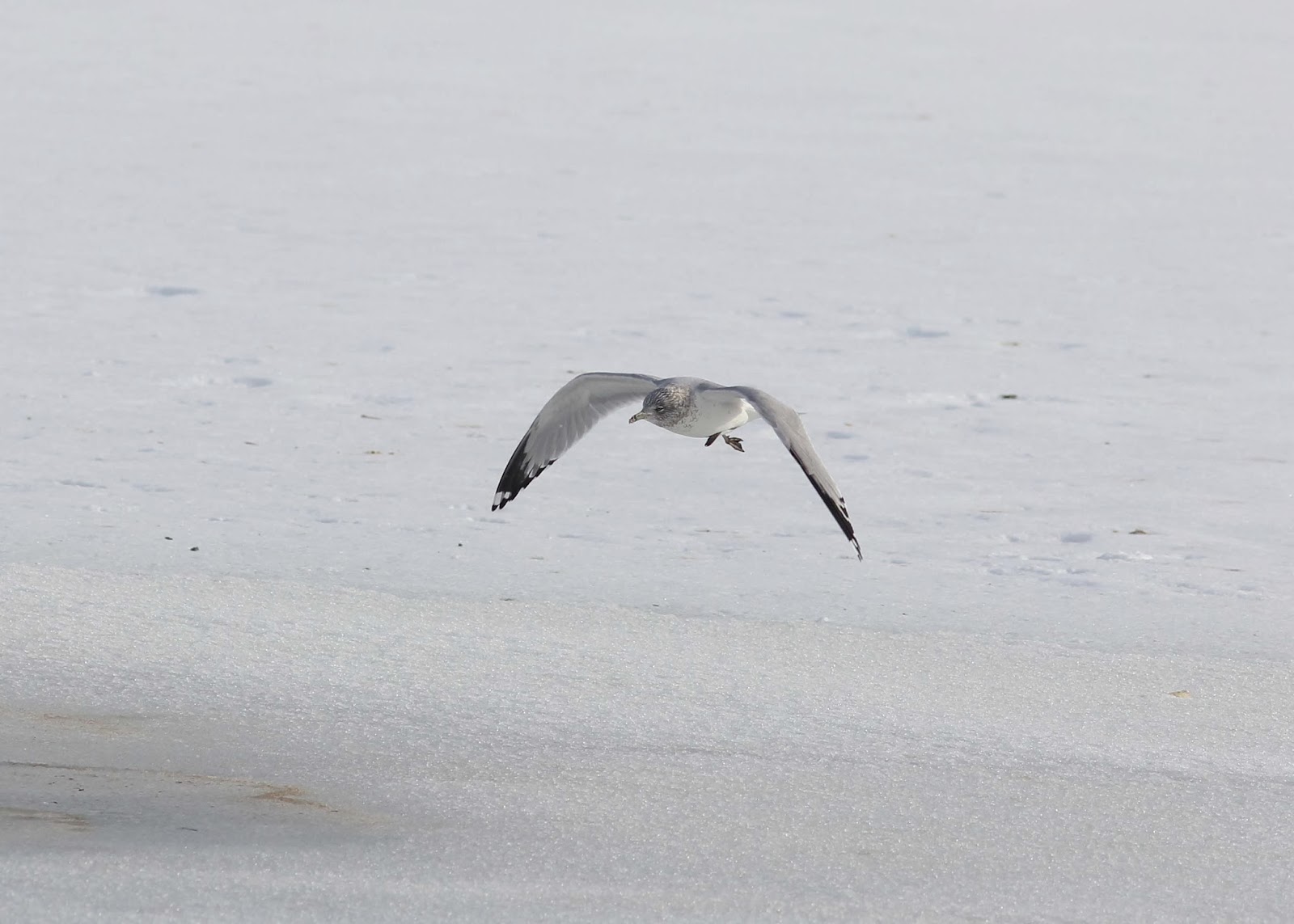 This shot clearly shows the markings on the wing tips. 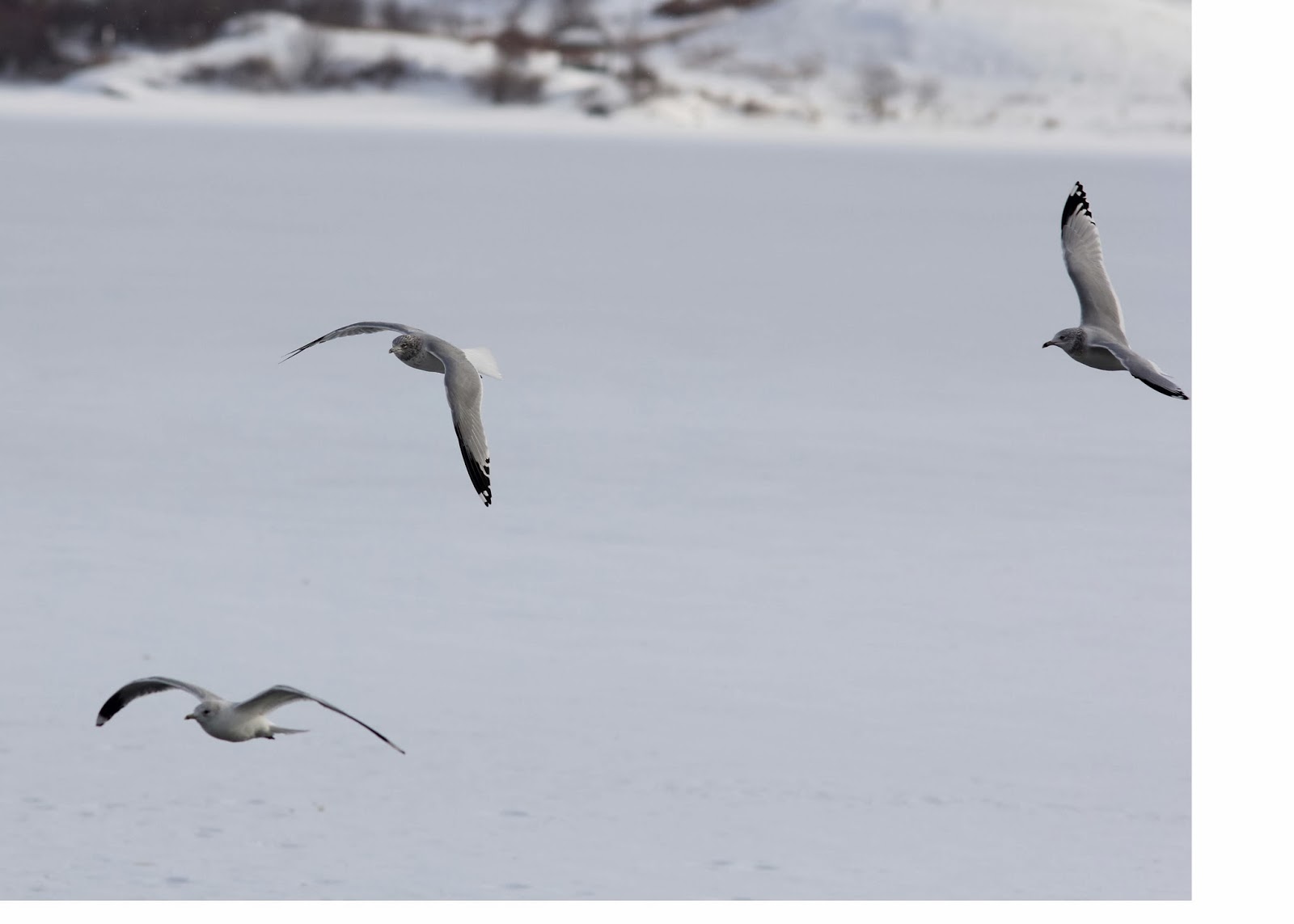 This shot shows both species in flight. My streaky gull is a very odd-looking Ring-billed Gull. 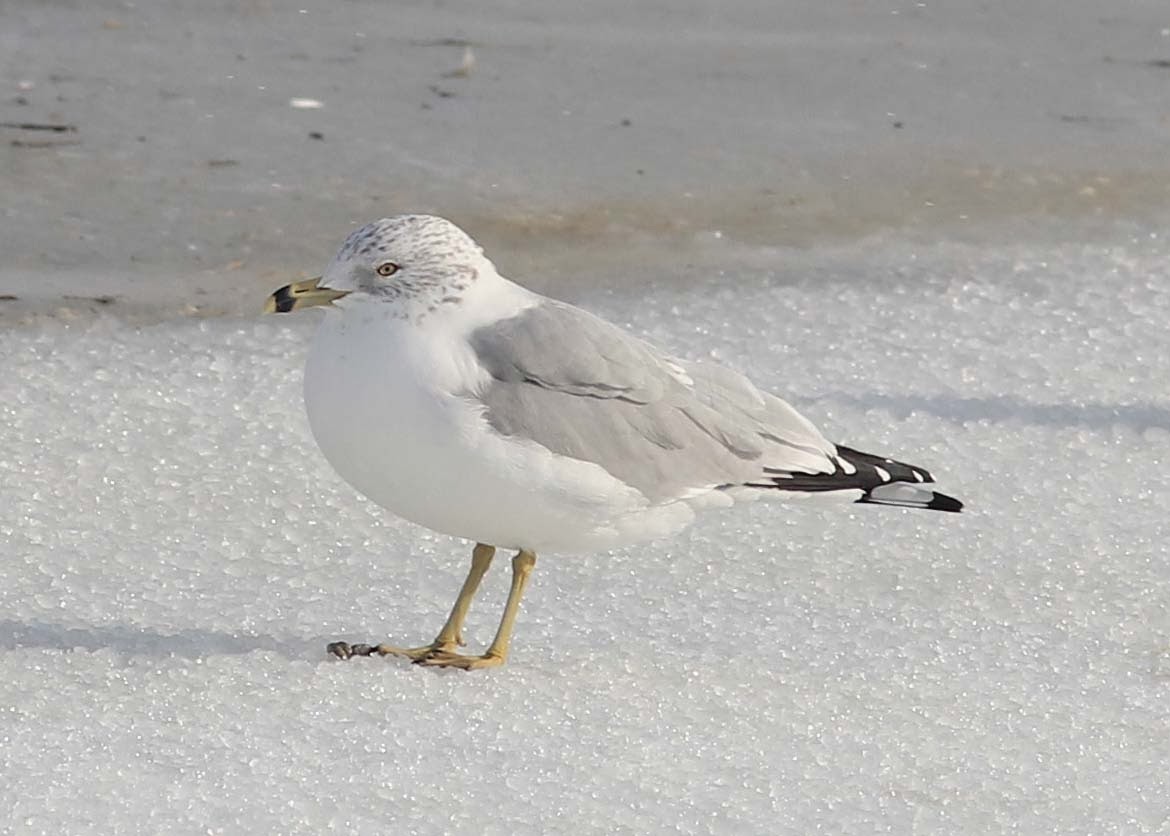 I included this shot of a typical Ring-billed Gull just for comparison. This made for an interesting study. There is certainly plenty of time for study this winter.
Posted by Lisa de Leon at 7:24 AM