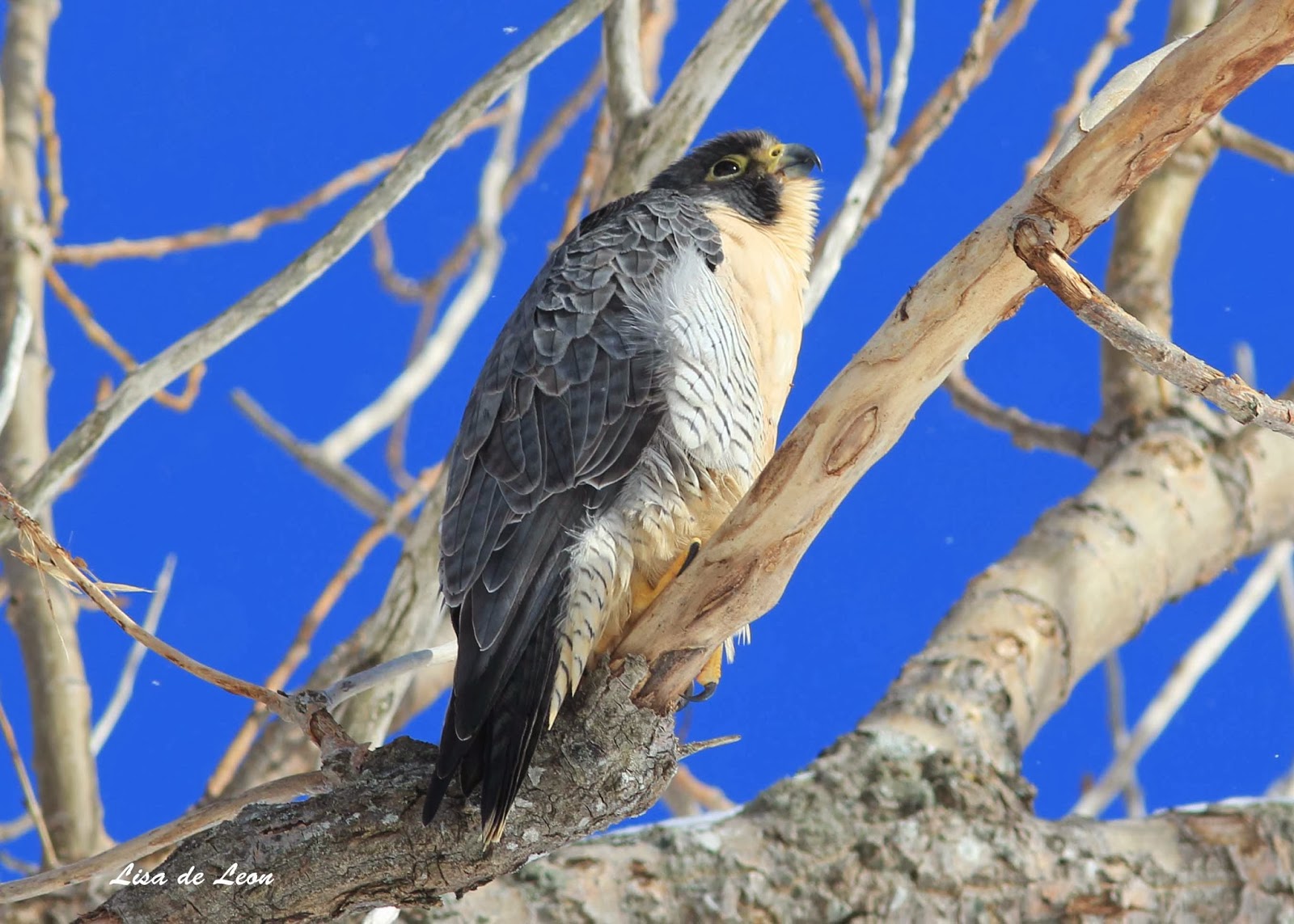 Until yesterday I hadn't really had a chance to look at the Quidi Vidi Peregrine. 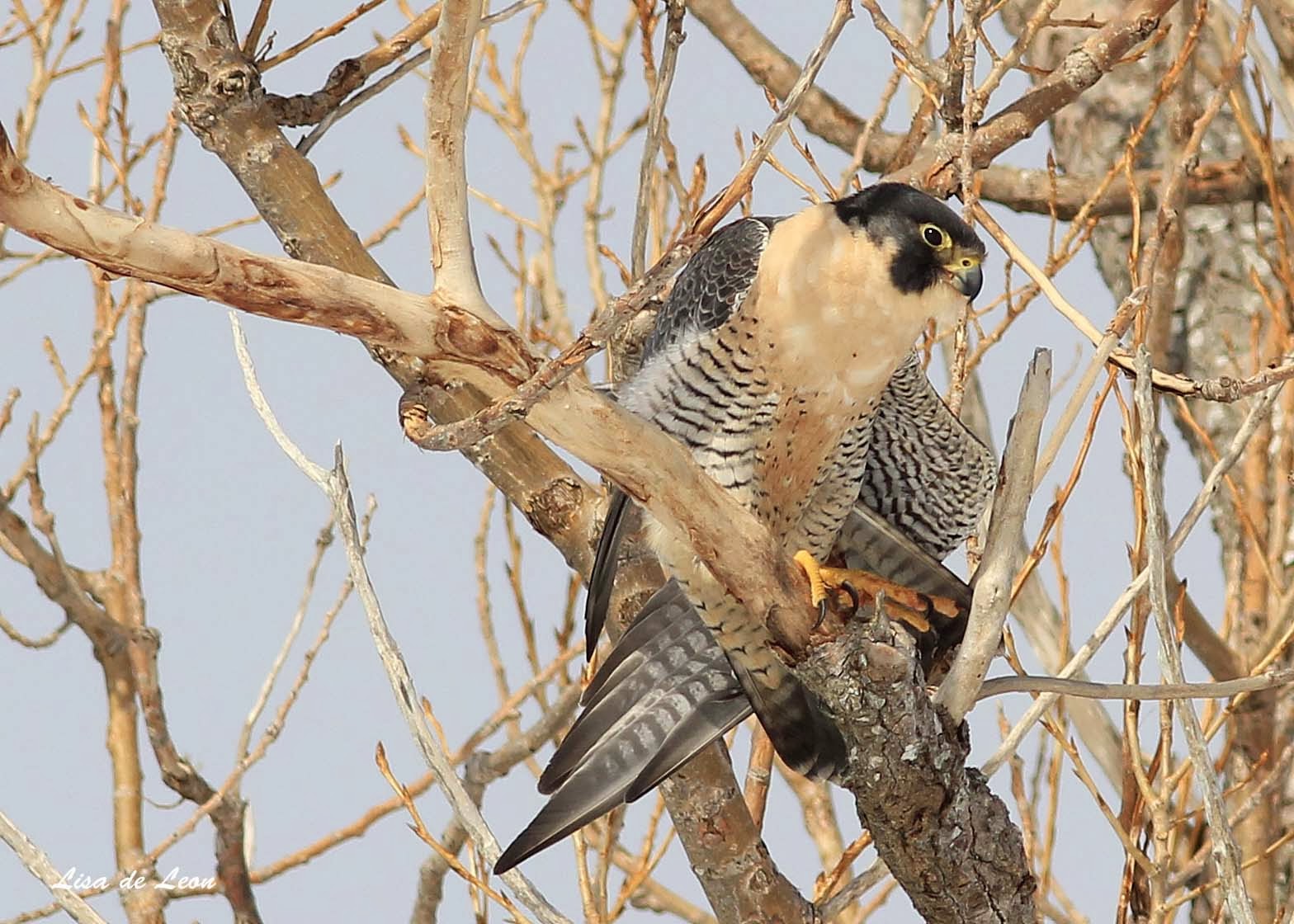 First I saw him while driving down the road on a less-than-nice day, so I didn't stop. 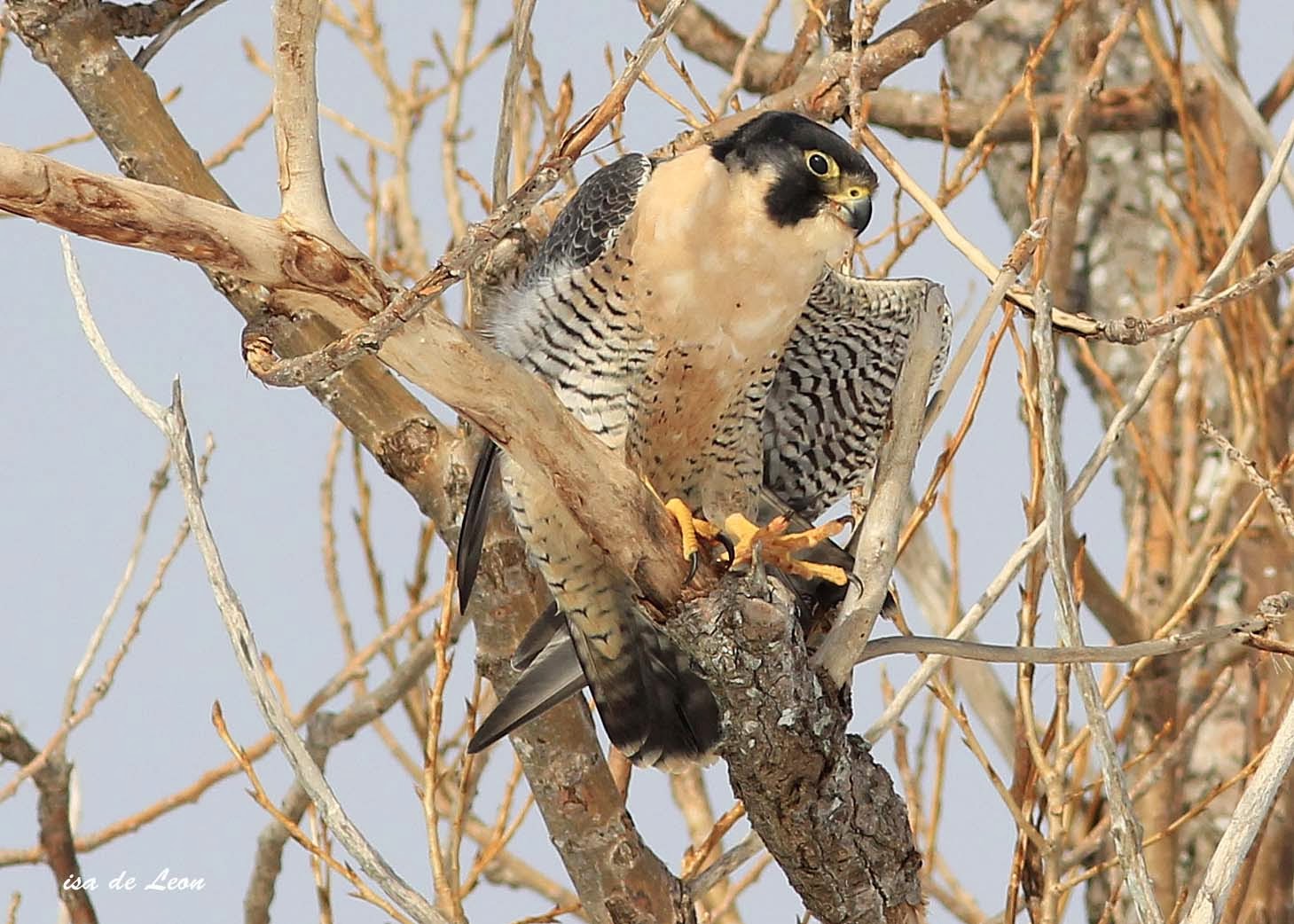 Then, a couple of weeks later, I saw him fly across the road by Bally Haly golf course. 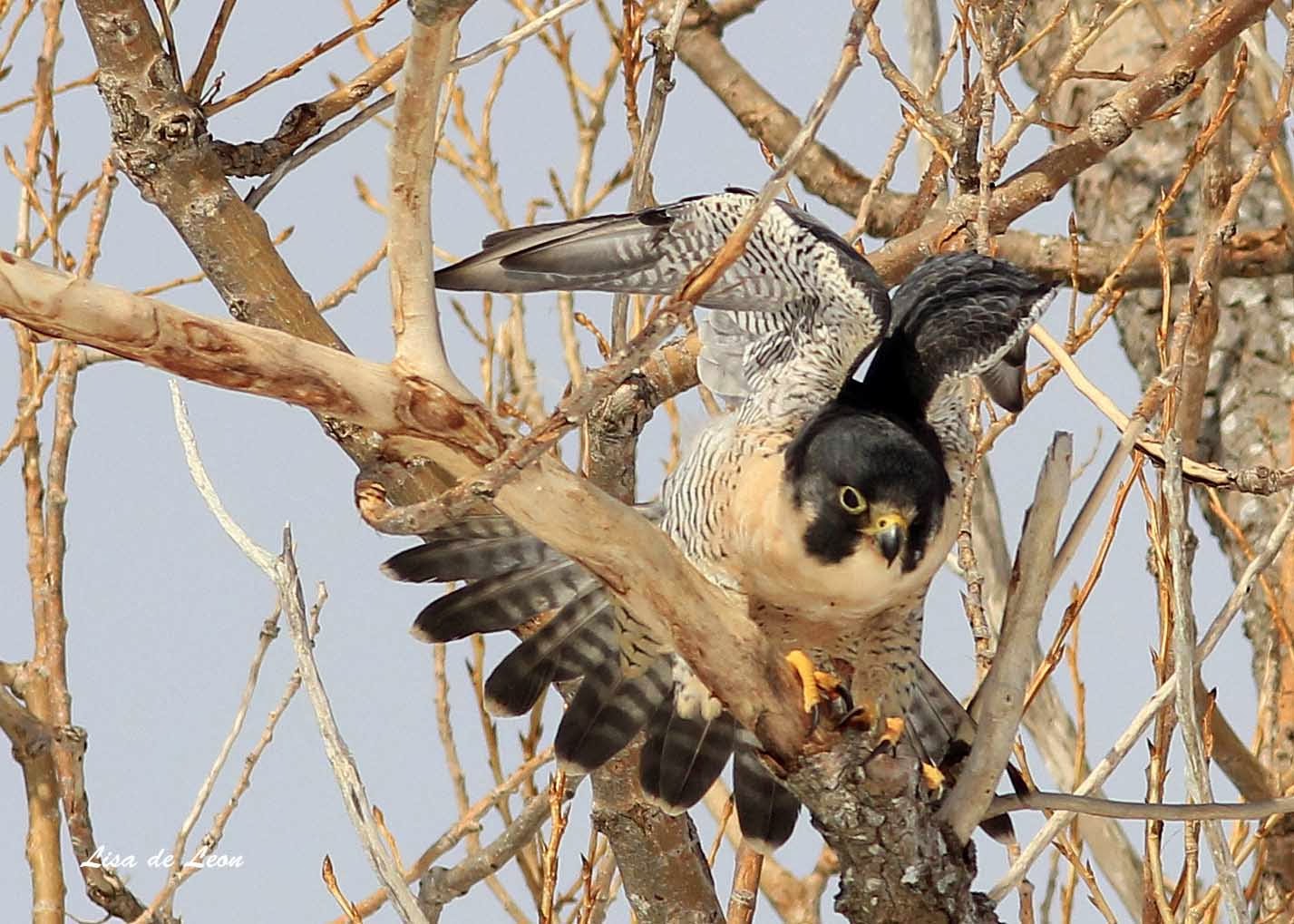 Neither looks were particularly pleasing. 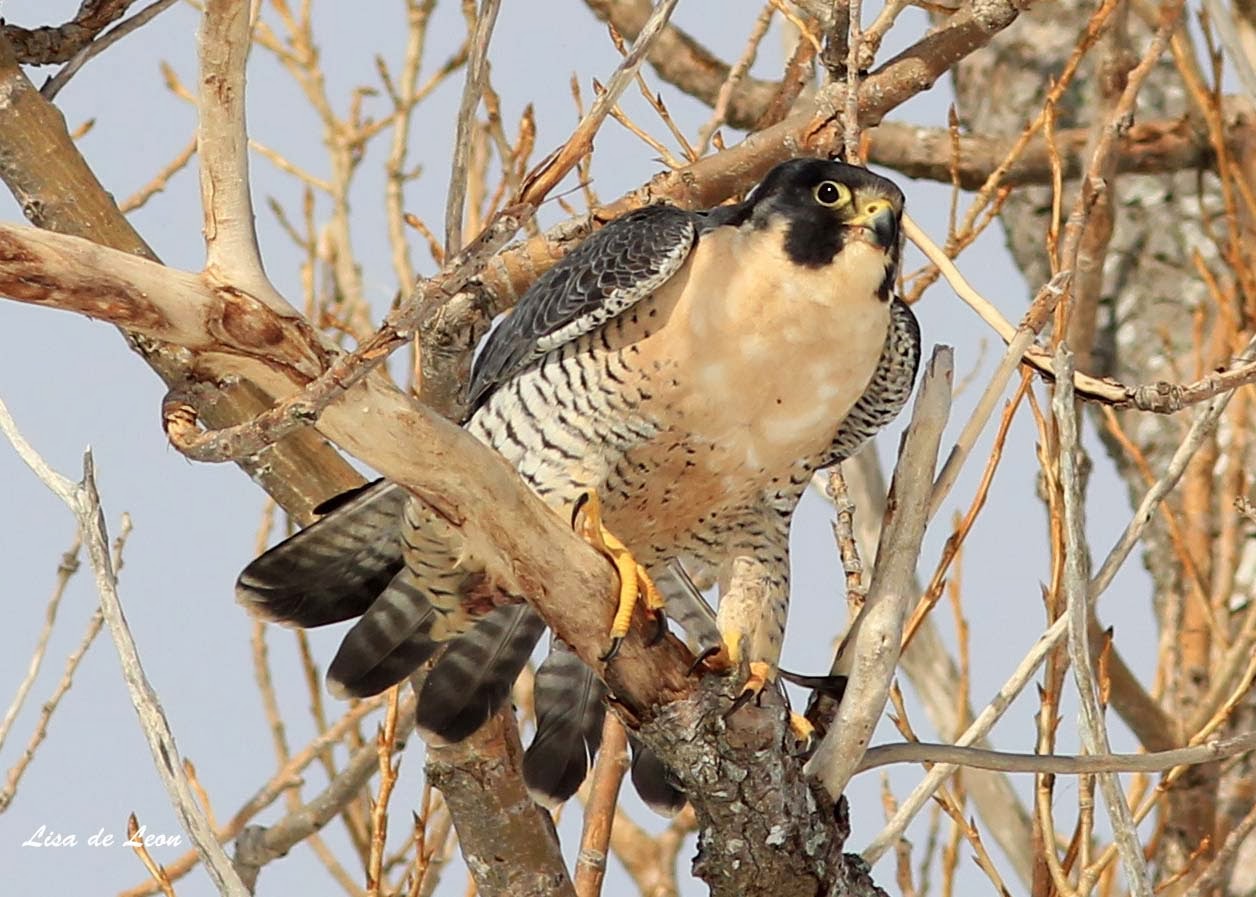 Finally, yesterday, all the elements came together. I was able to watch this beautiful bird for about a half an hour. 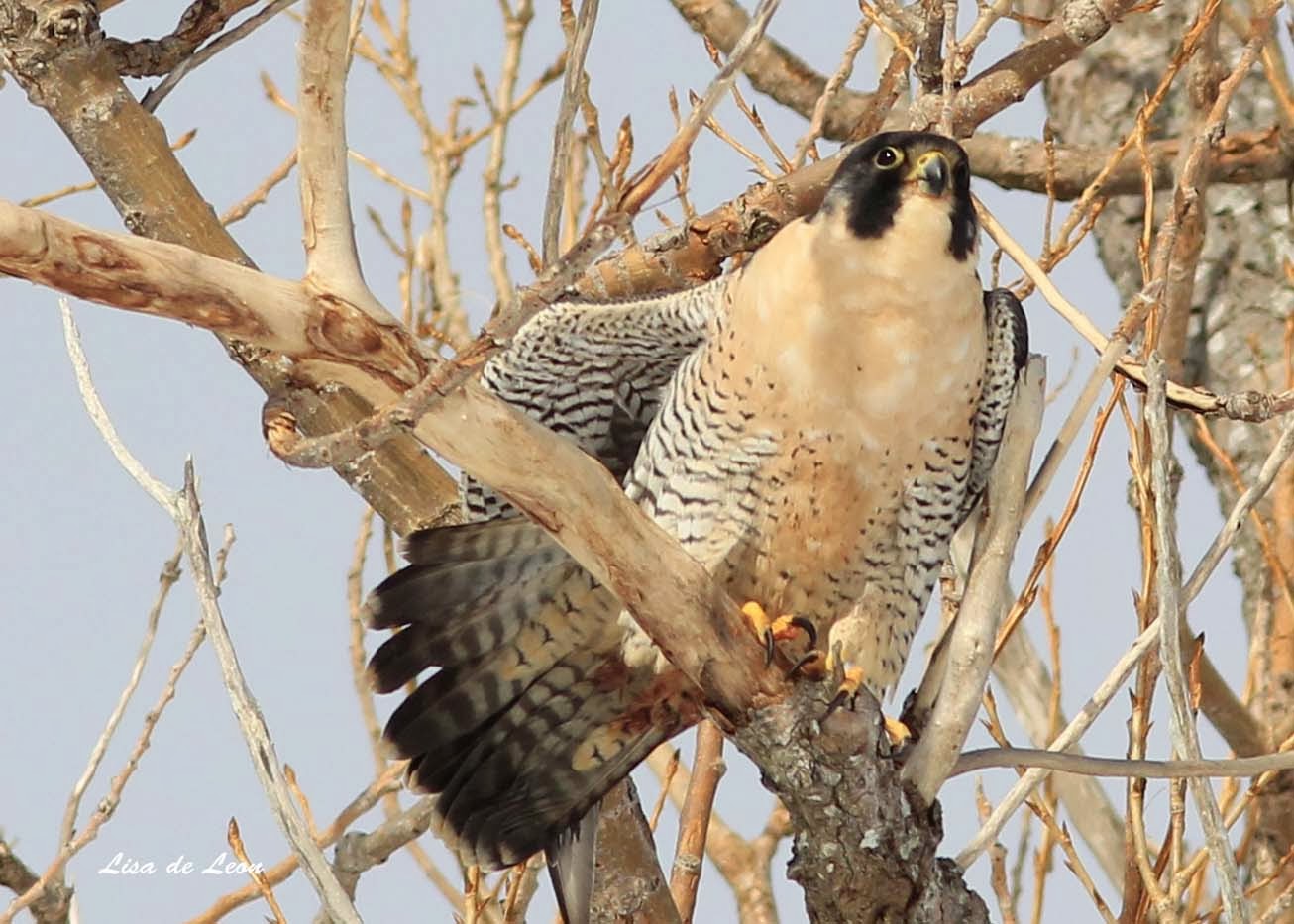 He seemed to be really sleepy - closing his eyes frequently and ignoring the pigeons that flew by. 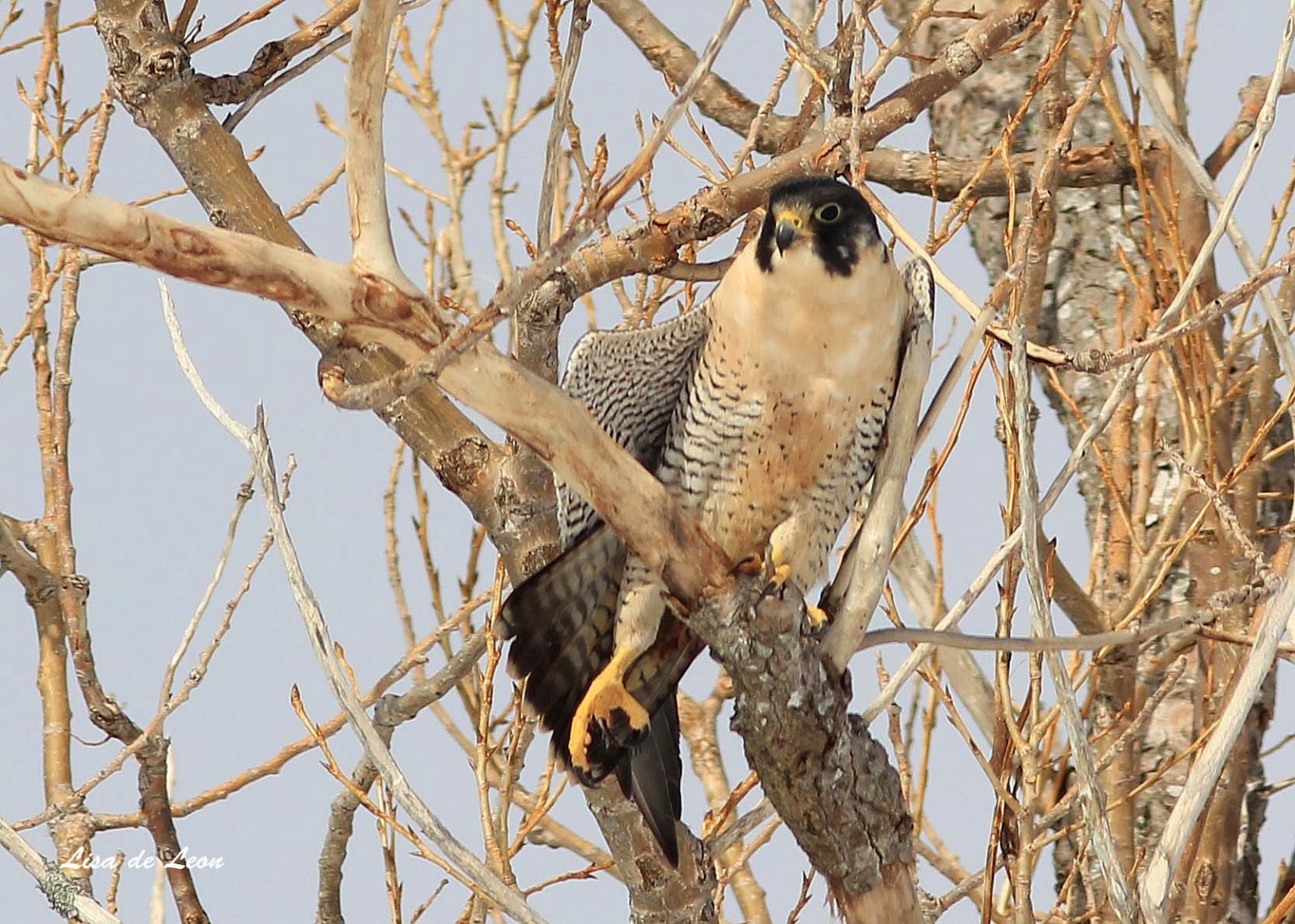 Then, he perked up. I thought he was going to fly, but as it turned out, he just needed a good stretch after sitting so long. 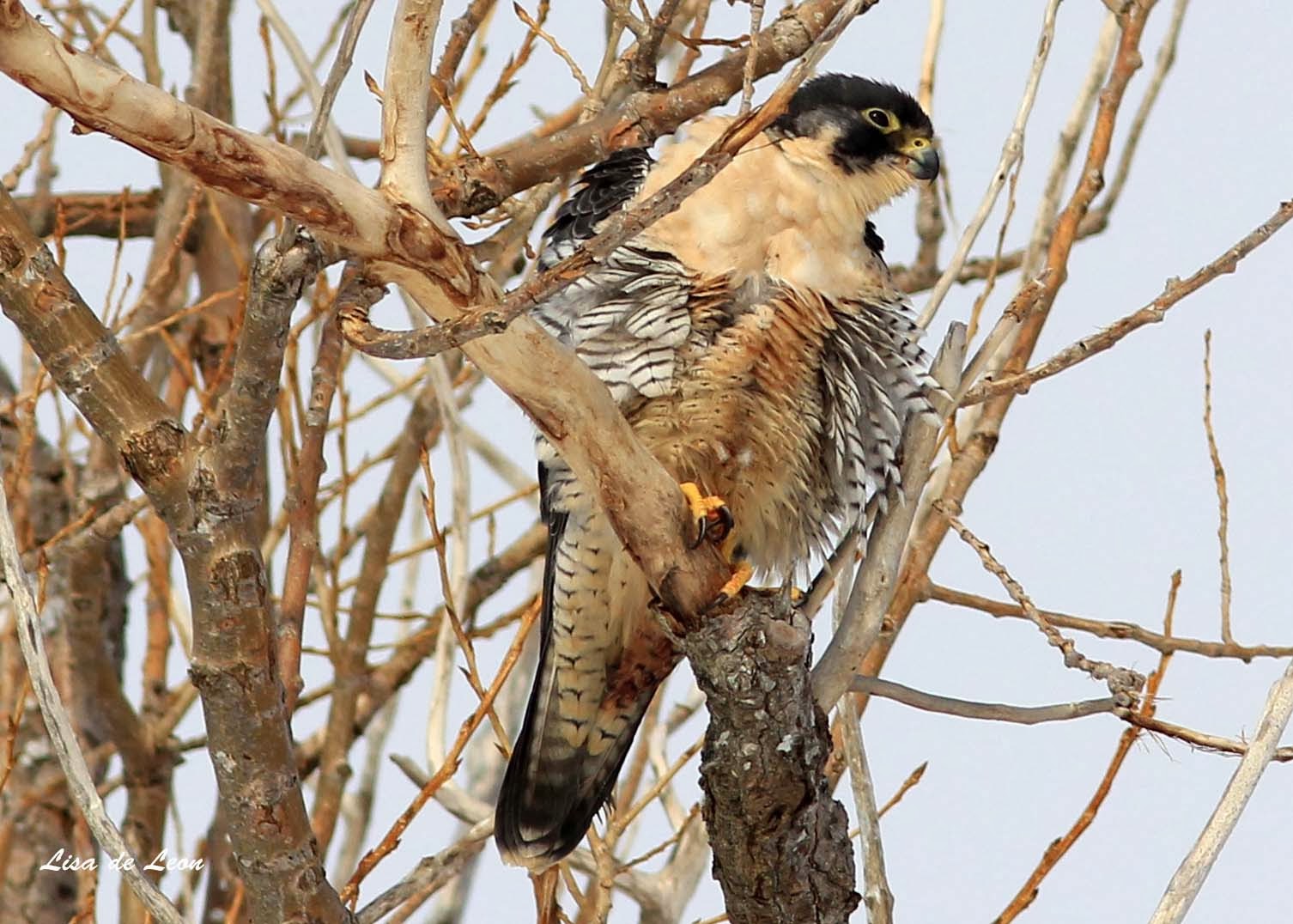 He finished by puffing up his feathers and settling back down for a good rest. 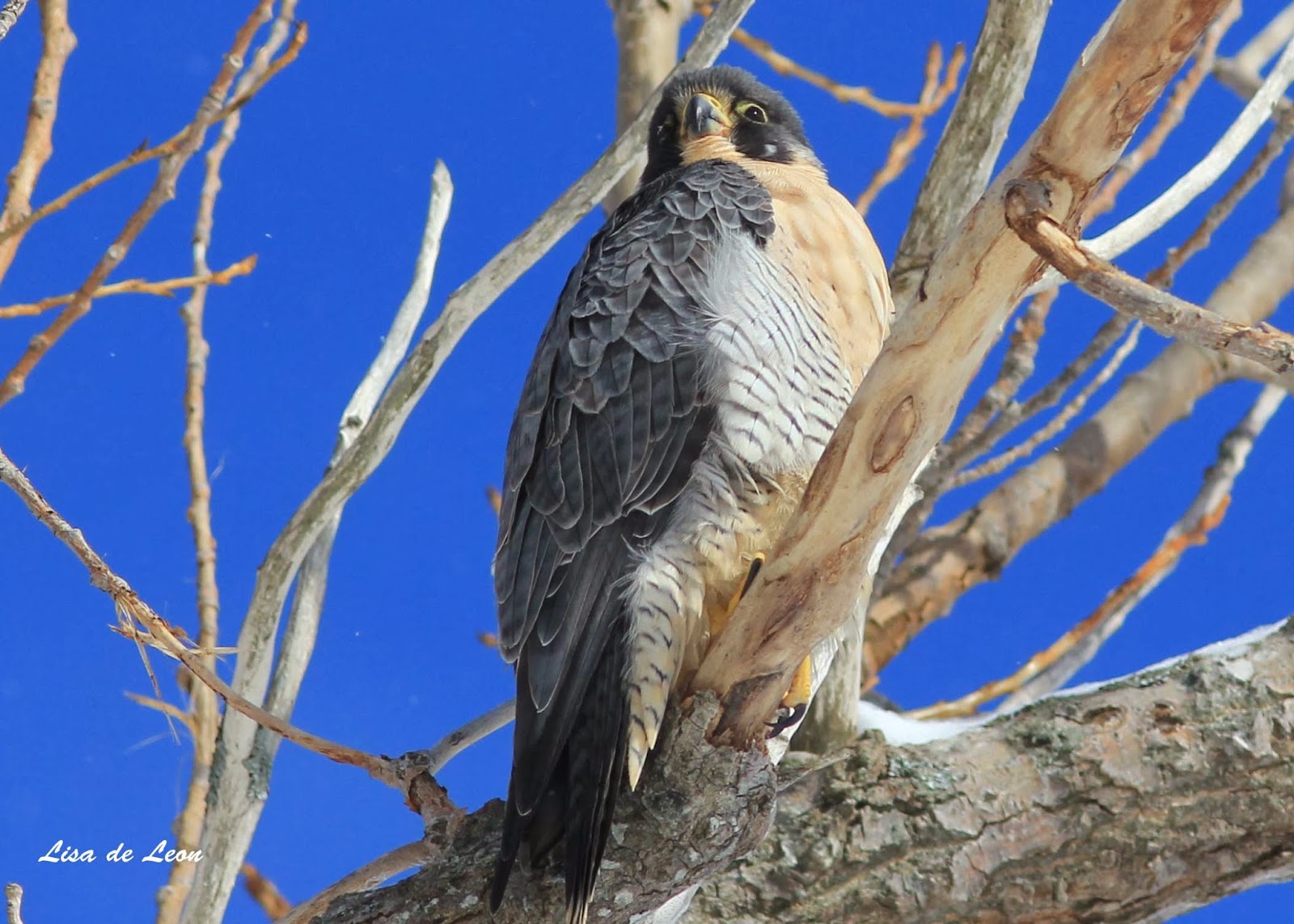 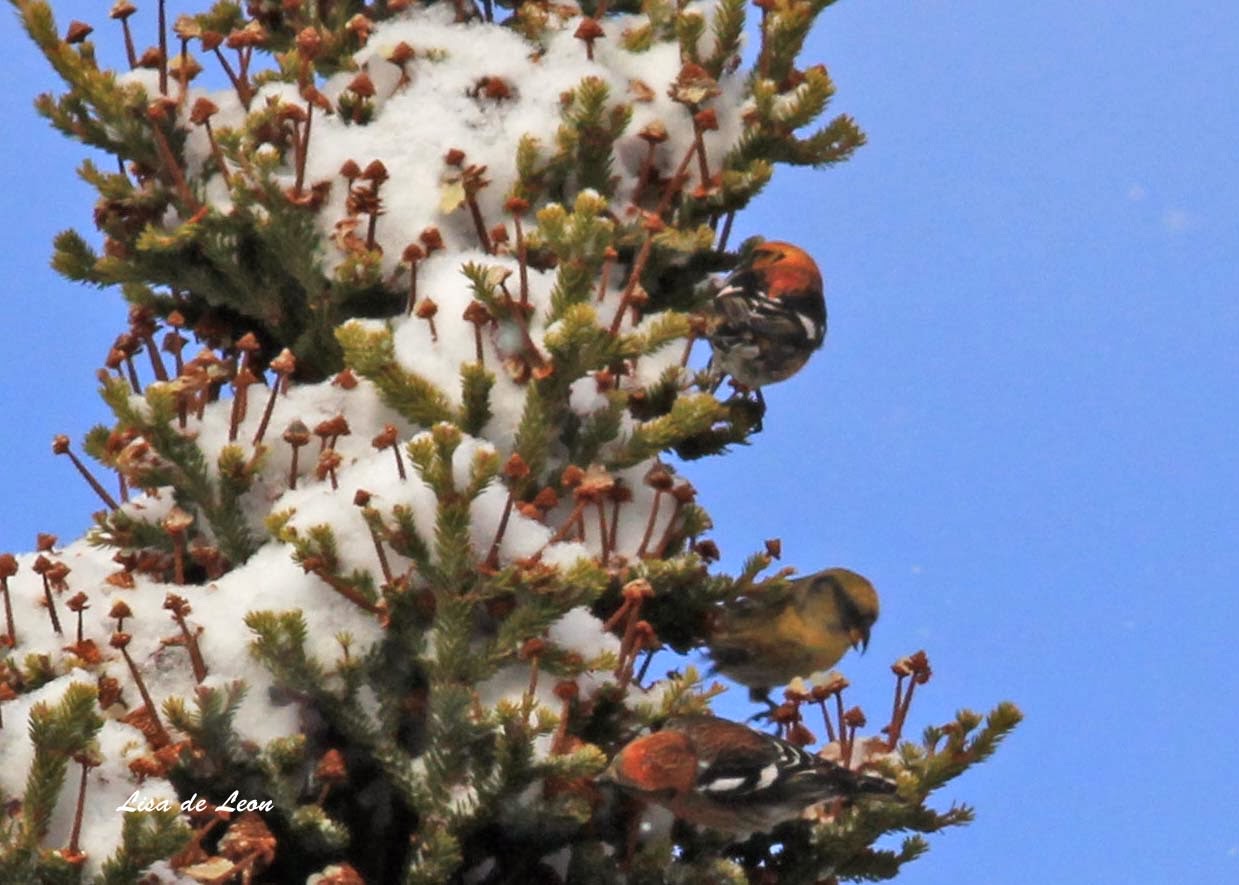 This last photo shows the White-Winged Crossbills I came across yesterday. To me, it was a great find since I didn't see a single one last year.
Posted by Lisa de Leon at 12:15 PM