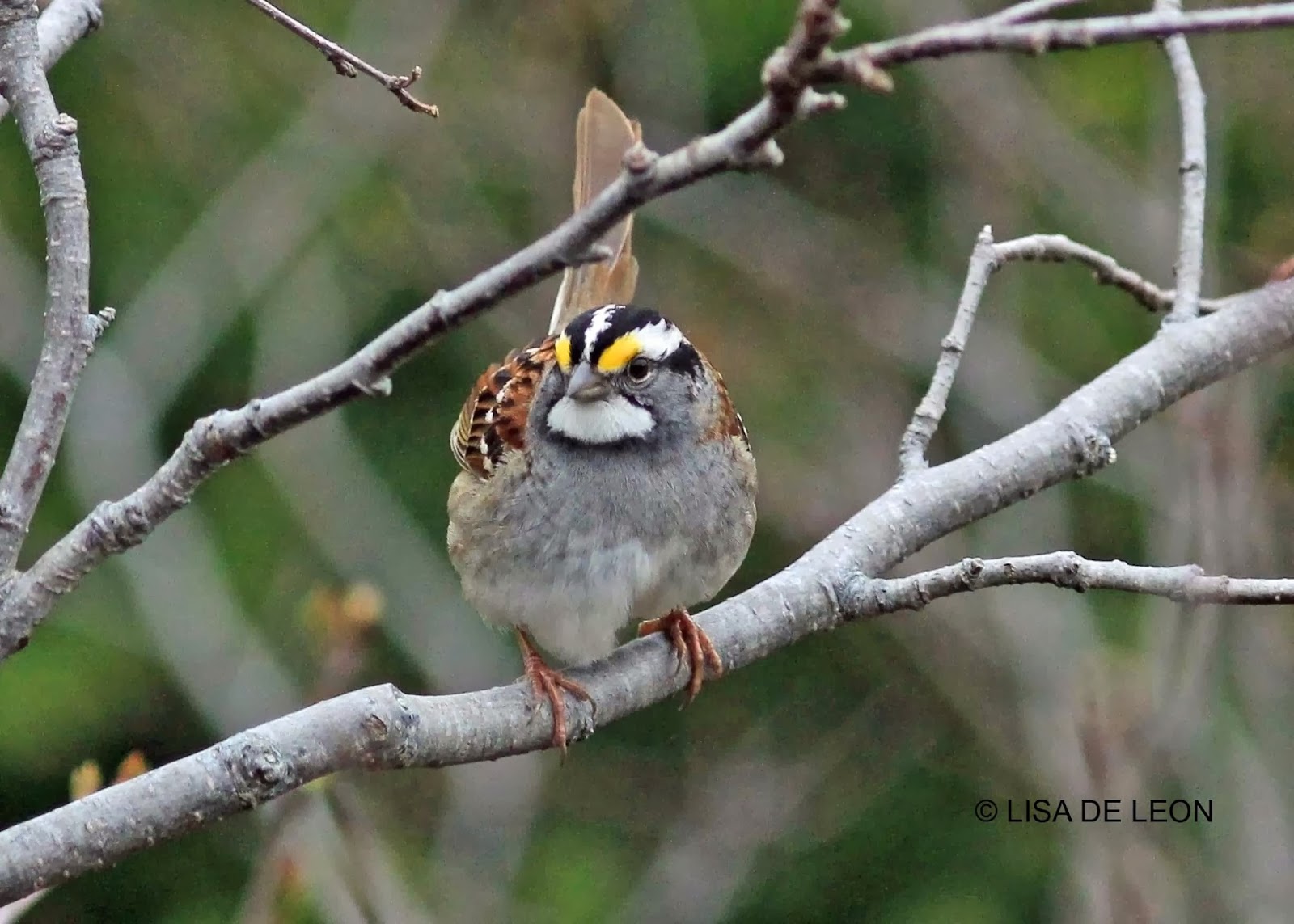 By December most sparrows have long left us here in Newfoundland. The exception to the rule is the Song Sparrow. Each winter it is possible to see a number of them around the city with at least eight known survivors around the city this year. 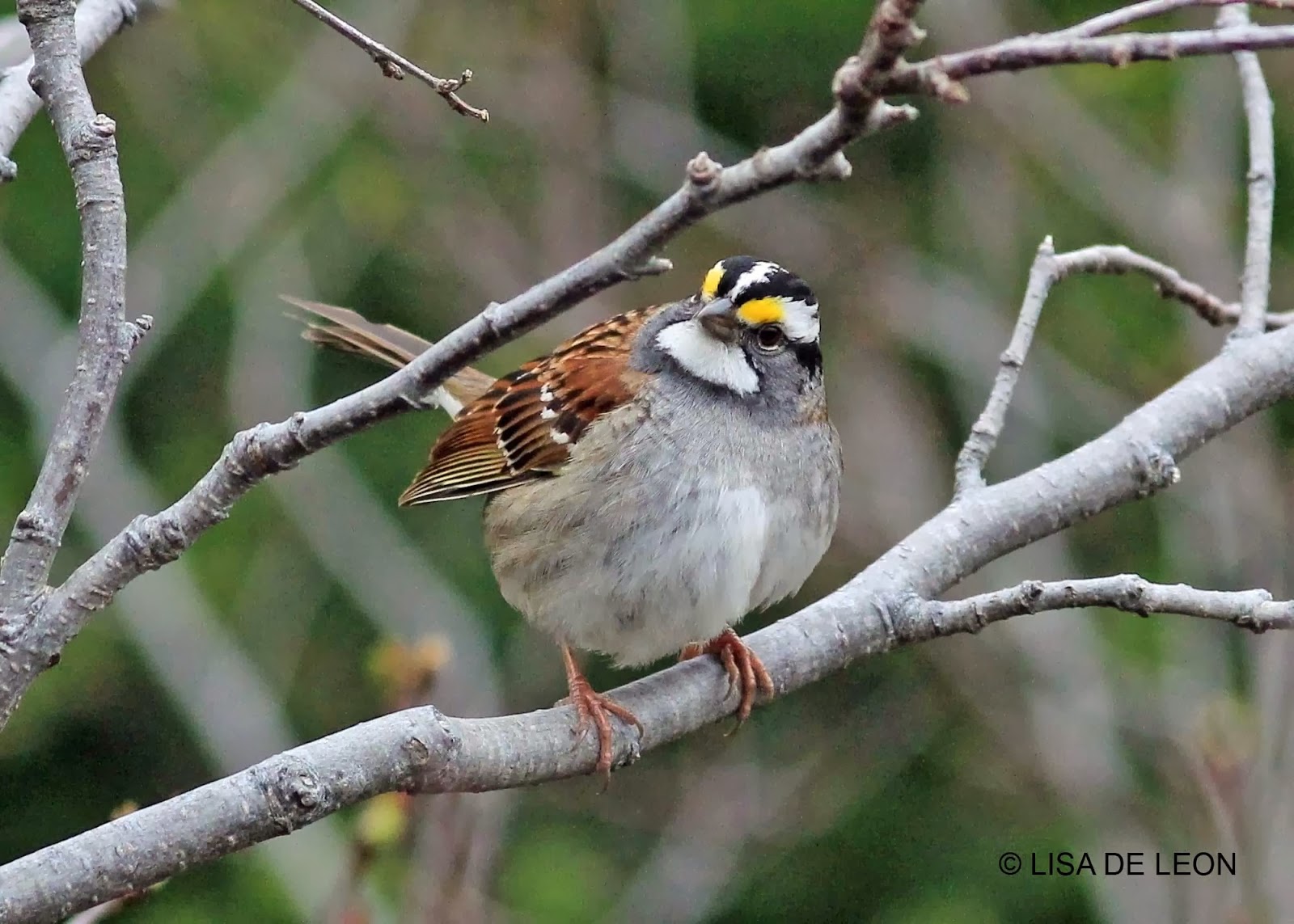 Aside from the Song Sparrows, there will be the occasional Fox Sparrow turn up here and there. This year I have seen three straggling White-throated Sparrows. One was located off Blackhead Road in a known breeding area, one in Cape Broyle and one in Port Kirwin. 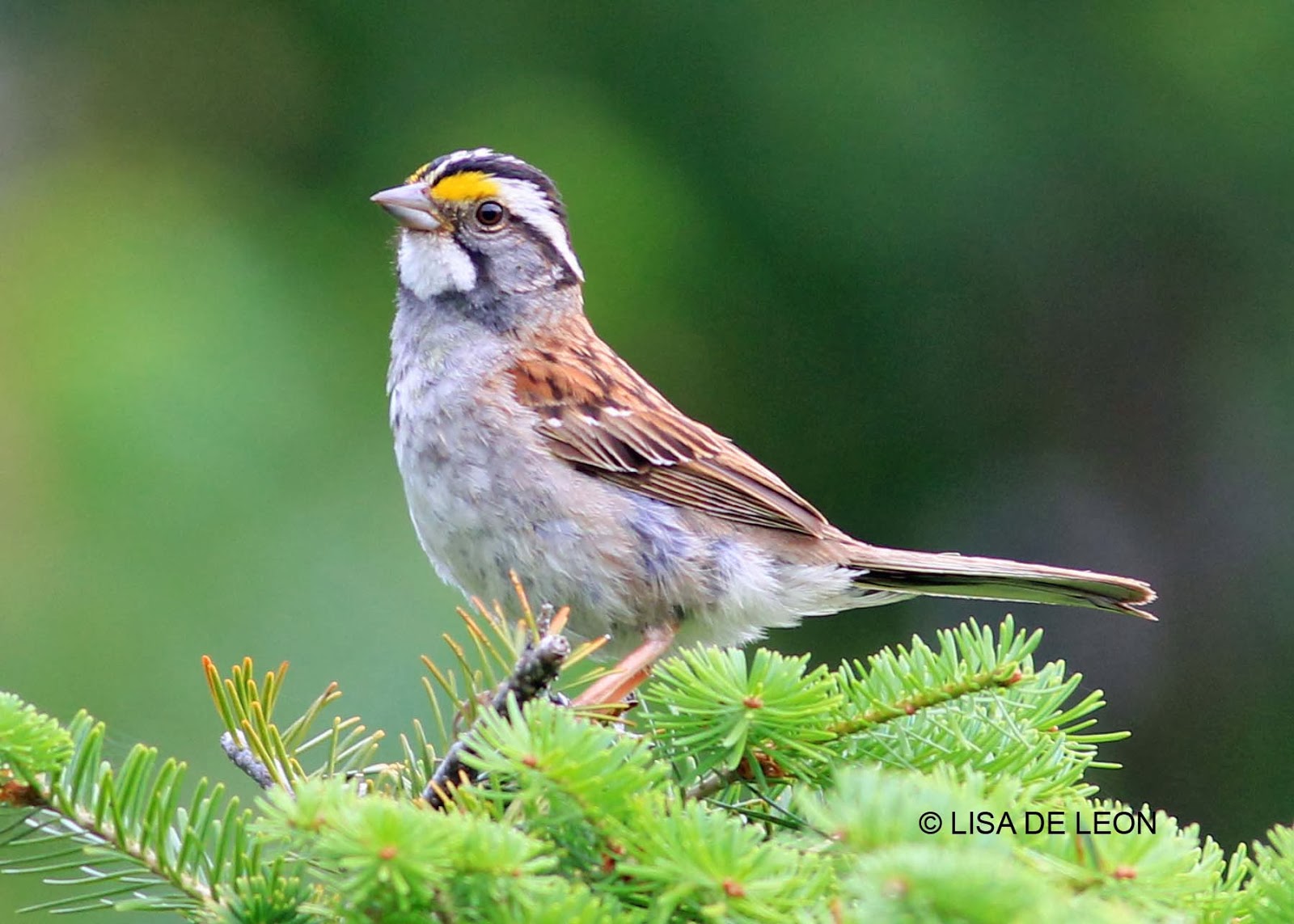 T
The White-throated Sparrow is one of my favorites. Its very distinct whistle will easily identify its location. When not singing, it is the metallic chip that will give is location away. 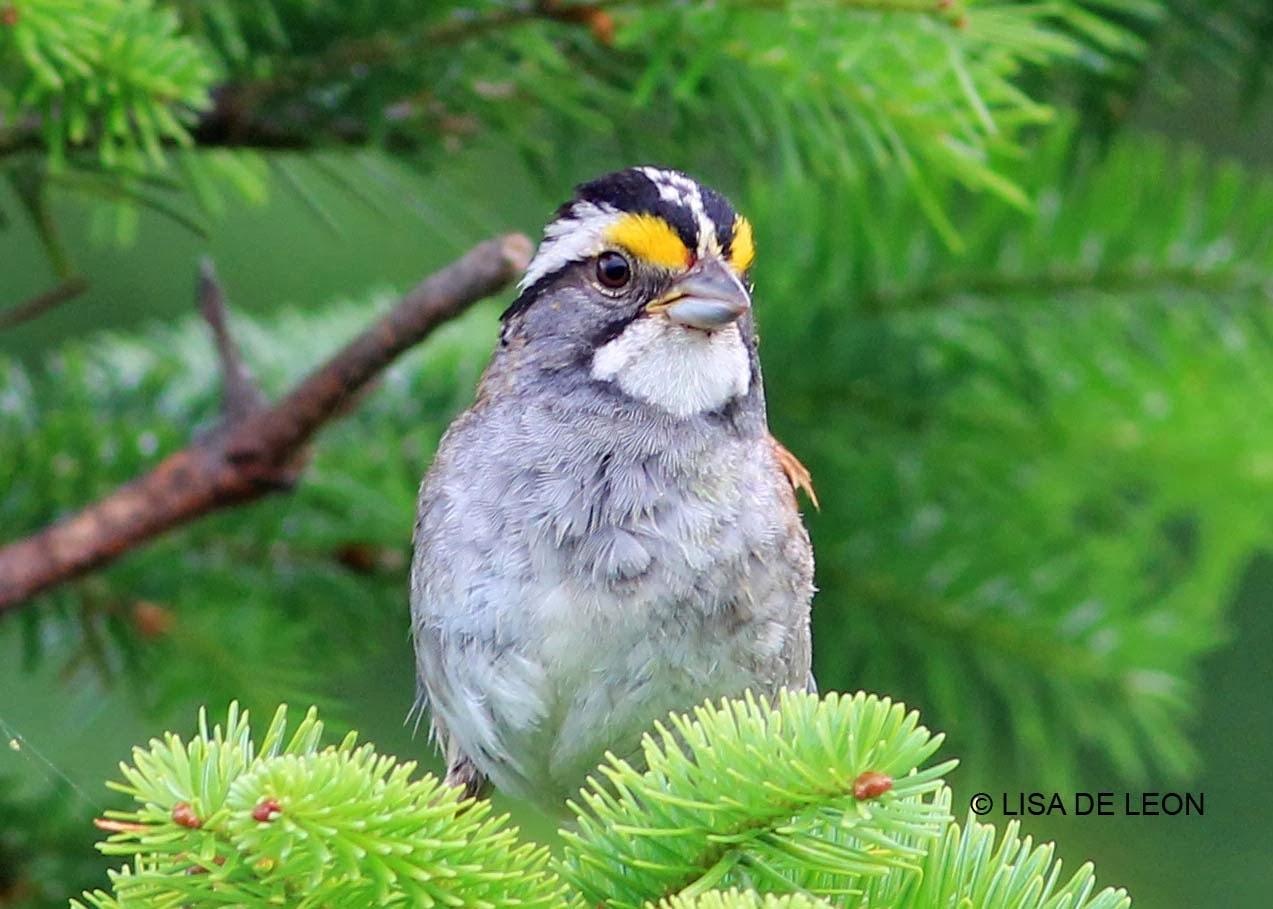 This species is not at all secretive. It will jump up on a branch and show its handsome self to anyone willing to look, then quickly go on about its business. Two of the best locations to see this bird (when they return) is Power's Road and off Blackhead Road on the trail near the bus shelter. 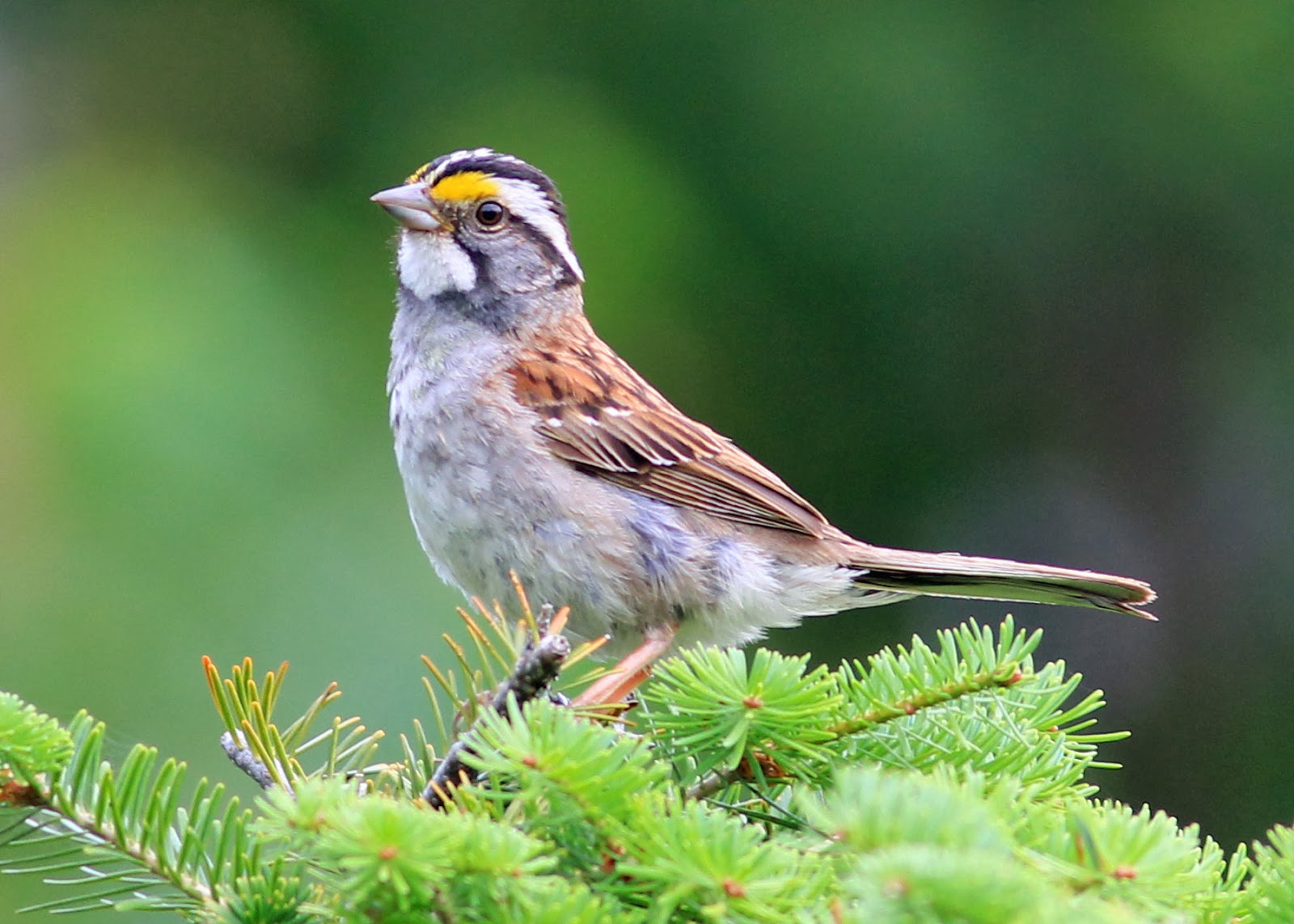 Click on image to enlarge. The vibrant colors of this bird are beautiful. 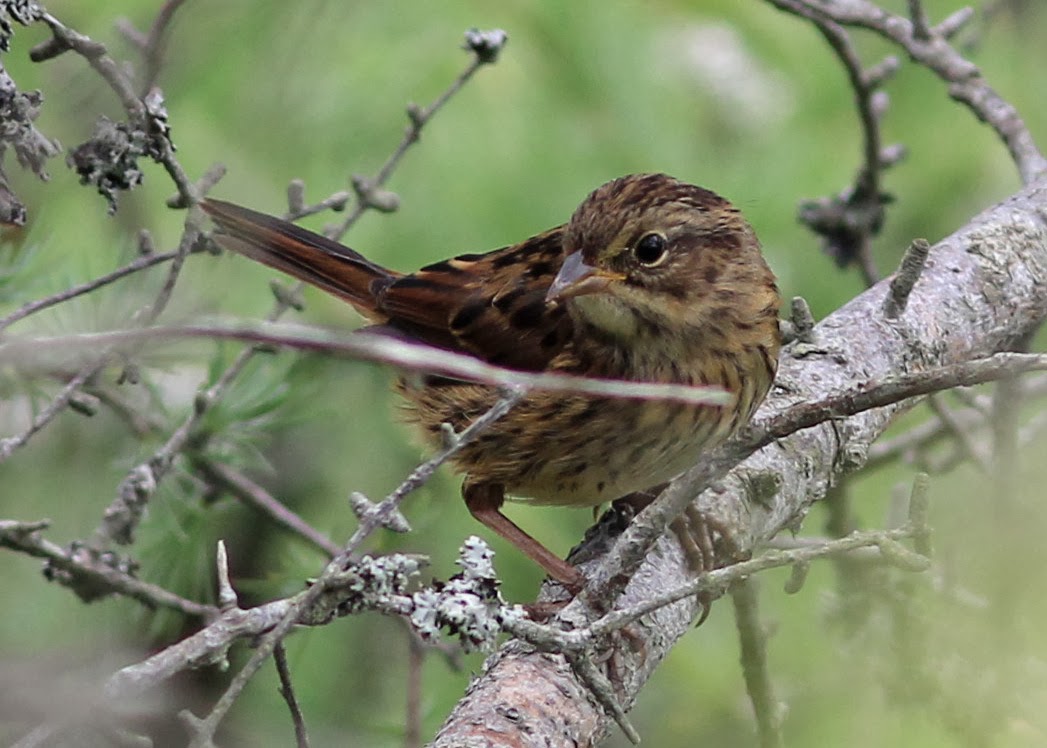 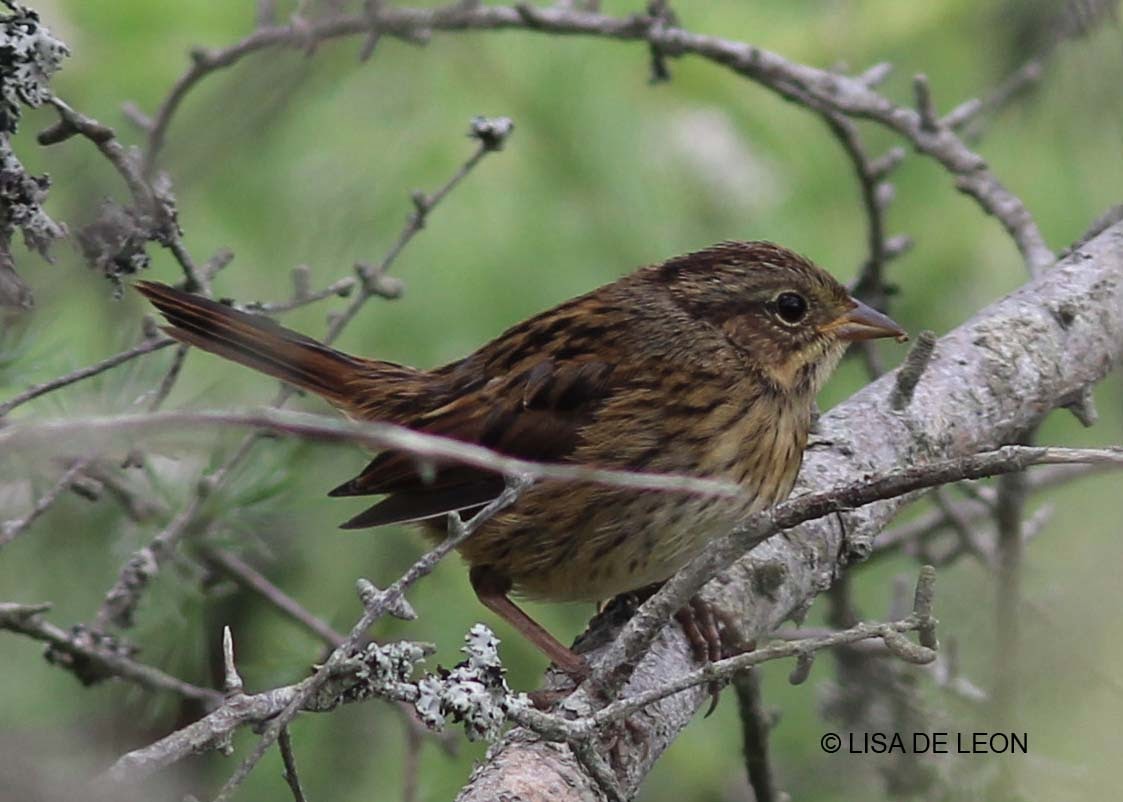 I believe this fledgling is a White-throated Sparrow.

In an article written in May 2013, I elaborated more on the on the tan-stripe and white-stripe morphs of this species. For more information visit: http://retiringwithlisadeleon.blogspot.ca/2013/05/white-throated-sparrow-two-morphs.html
Posted by Lisa de Leon at 6:53 AM