Common Eider in a Flap Last Sunday, I took a drive out to Cape Spear. It was a really cold day, and I was not keen on walking down to the point. Sitting comfortably in my car in the parking lot, I began to scan the flock (seemingly 300 individuals) sitting off from the lower lookout. 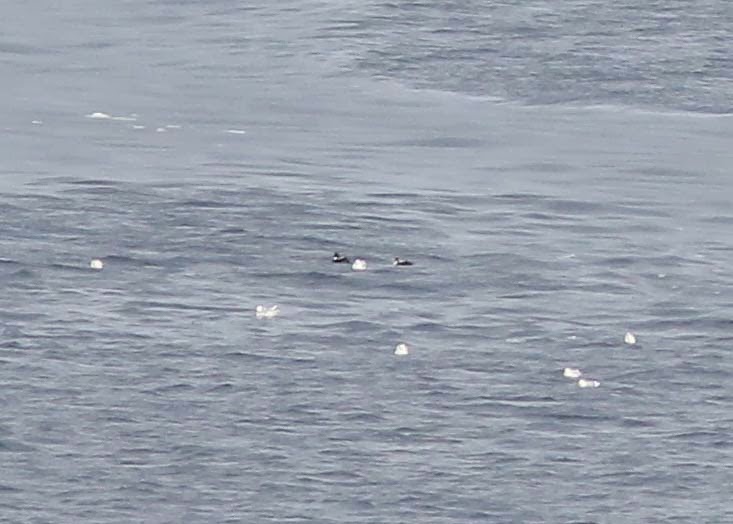 My mission - to find a King Eider. I scanned every bird with my binos and when I saw something different, I took some pictures. The first pic in this series show one quite different bird (circled in red). Its head is dark while its body and under wings are white. Looked in the guide and can't find anything matching this odd one. Close but not within the group were these two immature male eider. It was remarkable how they seemed to be the only immature males in the large flock. 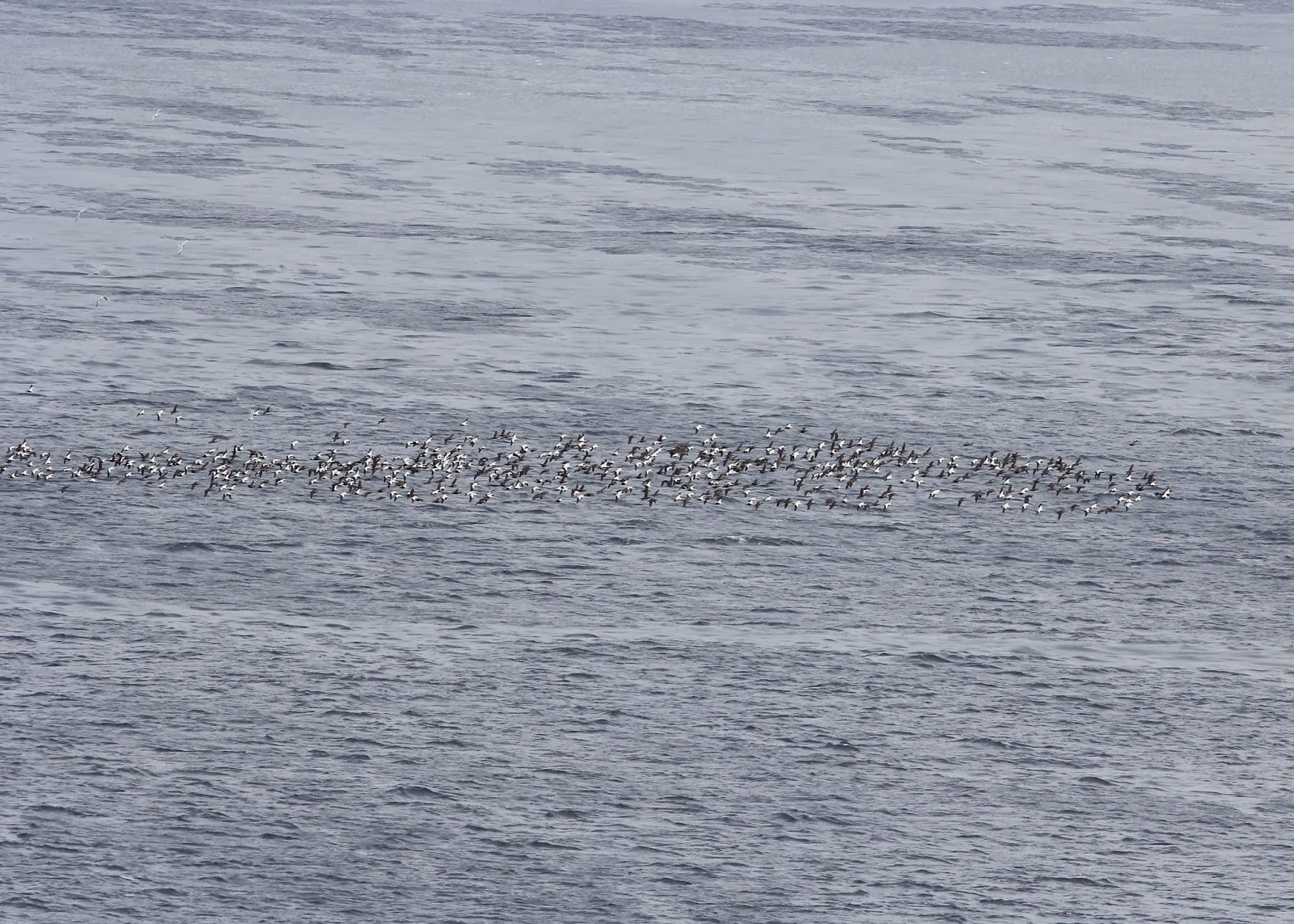 I really didn't realize just how large the flock was until something spooked the birds and they all lifted off. The flock seemed to have doubled or more as I saw them in the air. It was really interesting to watch as they behaved somewhat like the Purple Sandpipers. They flew one way, changed directions and flew the other way. As they turned the intermittent sun bounced off the beautiful white wings of the adult males. It was quite a show that lasted for at least five minutes. 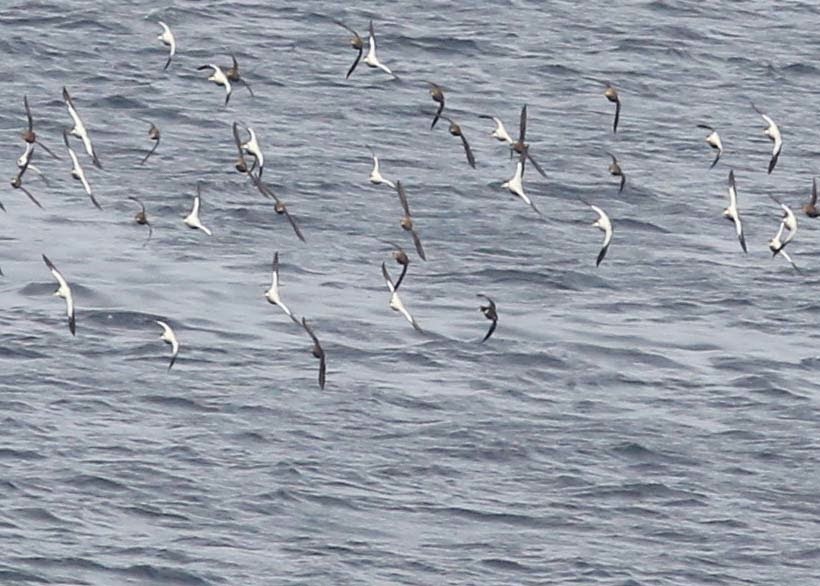 That gave me a better opportunity to photograph them for a better review of each bird. I got shots of all of them. I sorted through each bird and there was no male King Eider. The distance prevented me from checking the females. In this photo there is one immature male in the lower right section of the middle-third of the photo. It was one of only two I saw with this large group. That seemed odd to me. 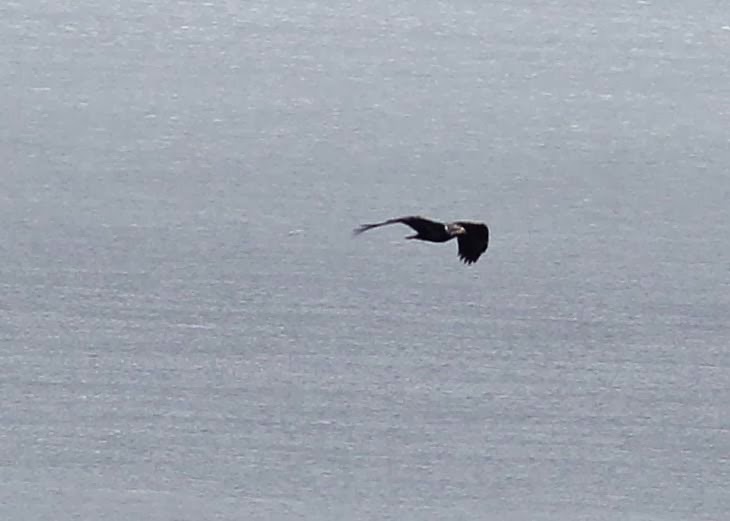 Eventually, the Common Eider flew into the distance and disappeared. Only then did I notice the large Bald Eagle soaring over the water. Note the head of this eagle...a little different. 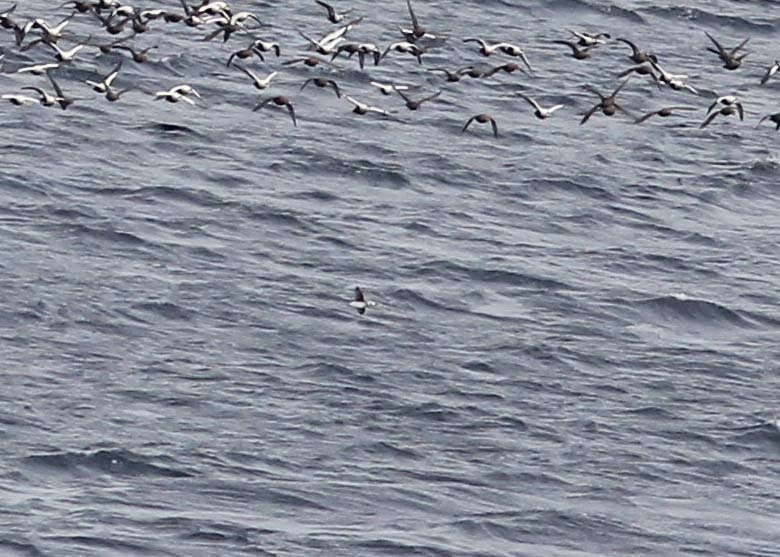 Amid the flying frenzy, I spotted one small bird flying in the area. I have pretty much eliminated it being a Guillemot. My best guess is a Dovekie. I checked images of murres as well, but couldn't really say it's a murre. Any help would be appreciated.
Why do the eider have to come when it is sooooo cold!
Posted by Lisa de Leon at 8:43 AM