Ruddy Turnstone: One Among Many 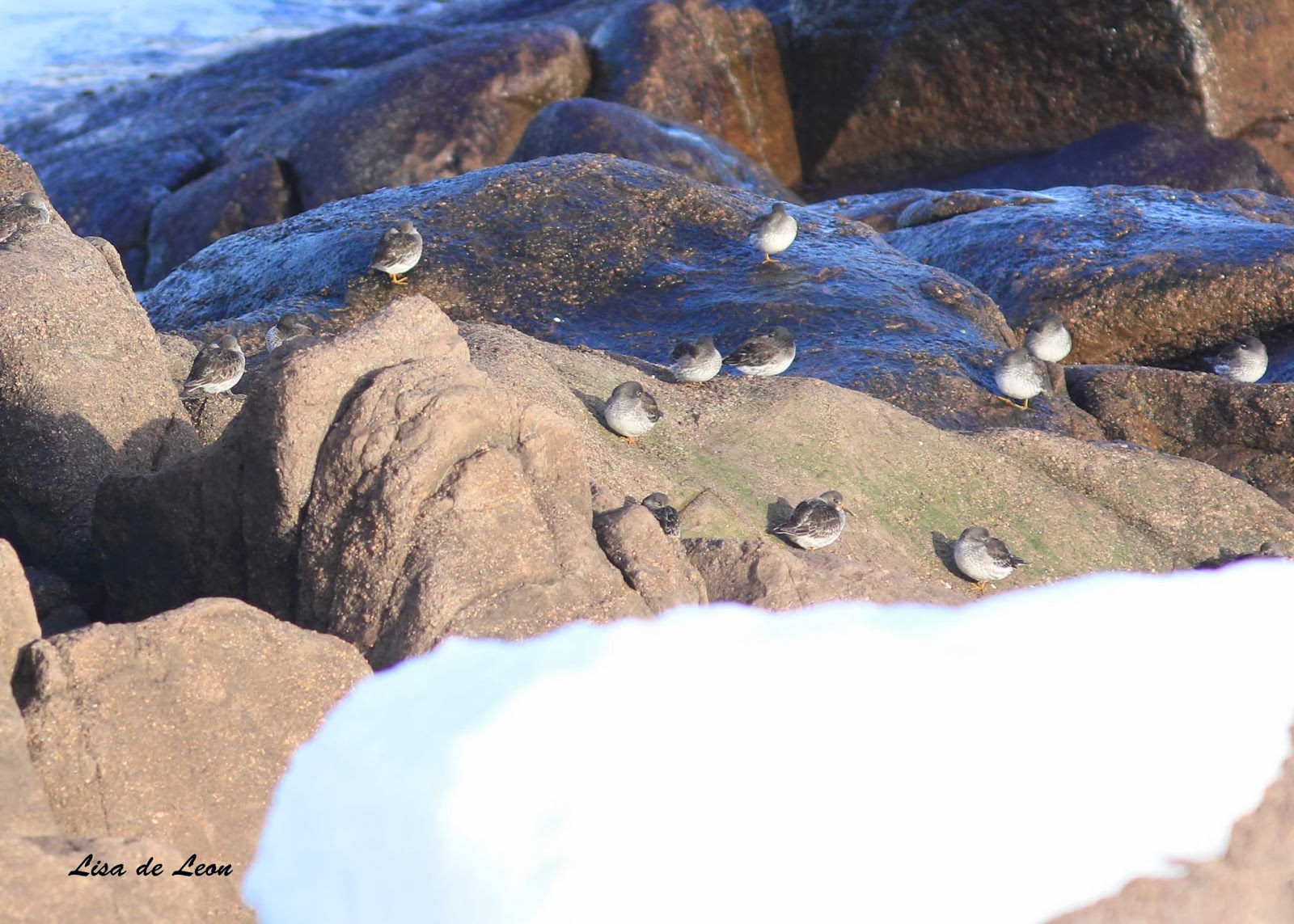 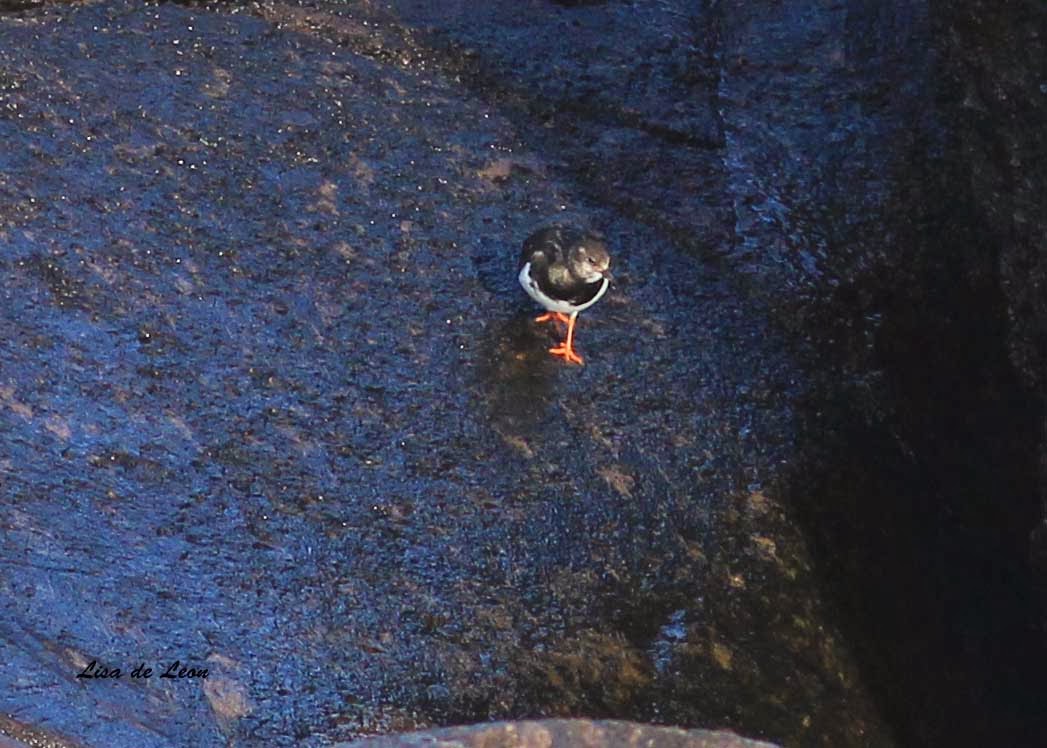 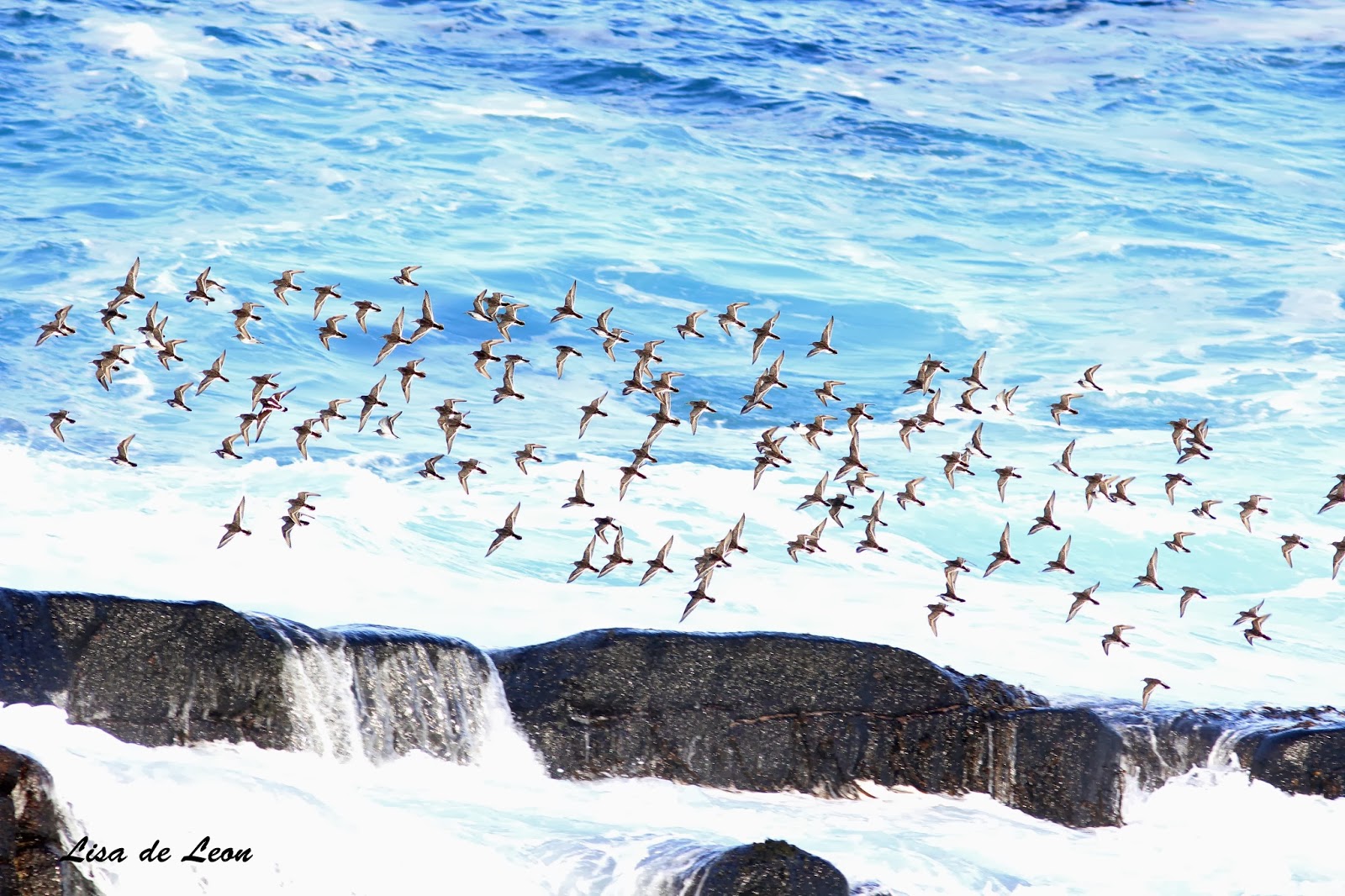 Since Ed Hayden reported a different shorebird among the Purple Sandpipers on December 13, I have been paying more attention to the flocks at Cape Spear. Exactly one month later, I saw a couple of Purple Sandpipers flutter on the rocks below, and I followed them. 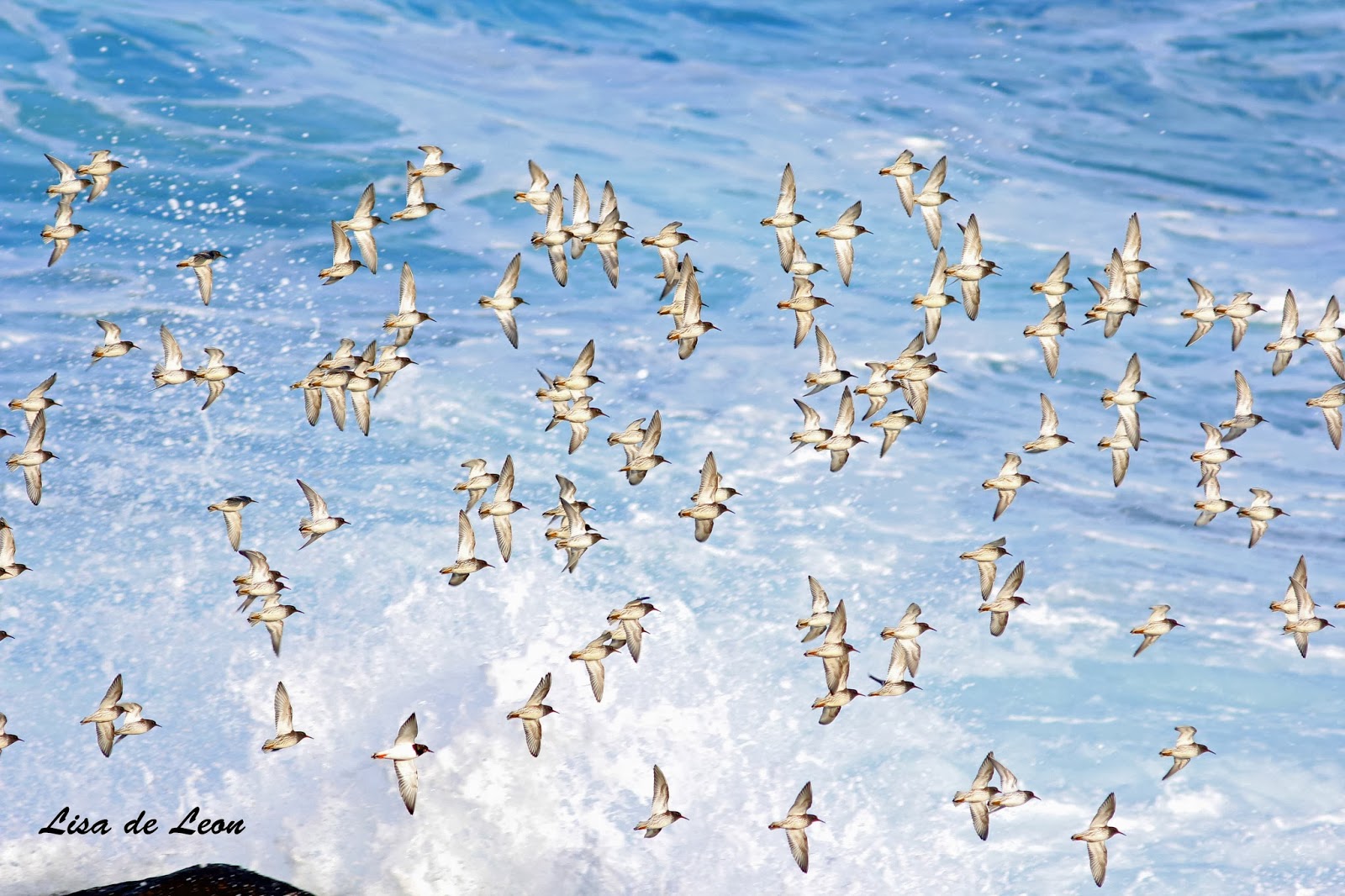 There, picking at the rocks below, was a Ruddy Turnstone. There were no stones to turn over, so he was stretching to reach whatever food might be attached to the rocks. 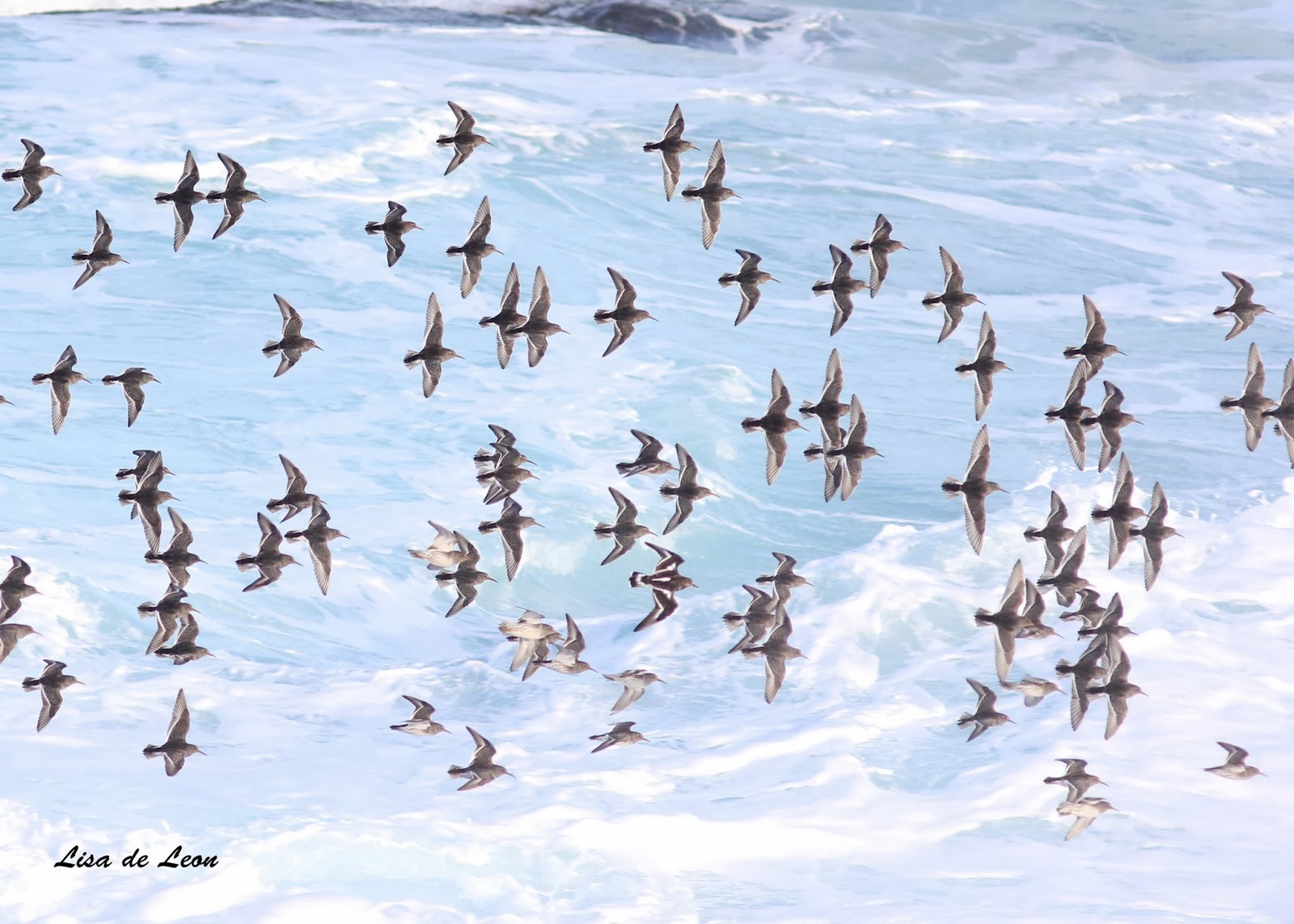 While I first saw the turnstone on the rocks, it is obvious from the flight pictures, I would have been easily able to find it in mid-air. 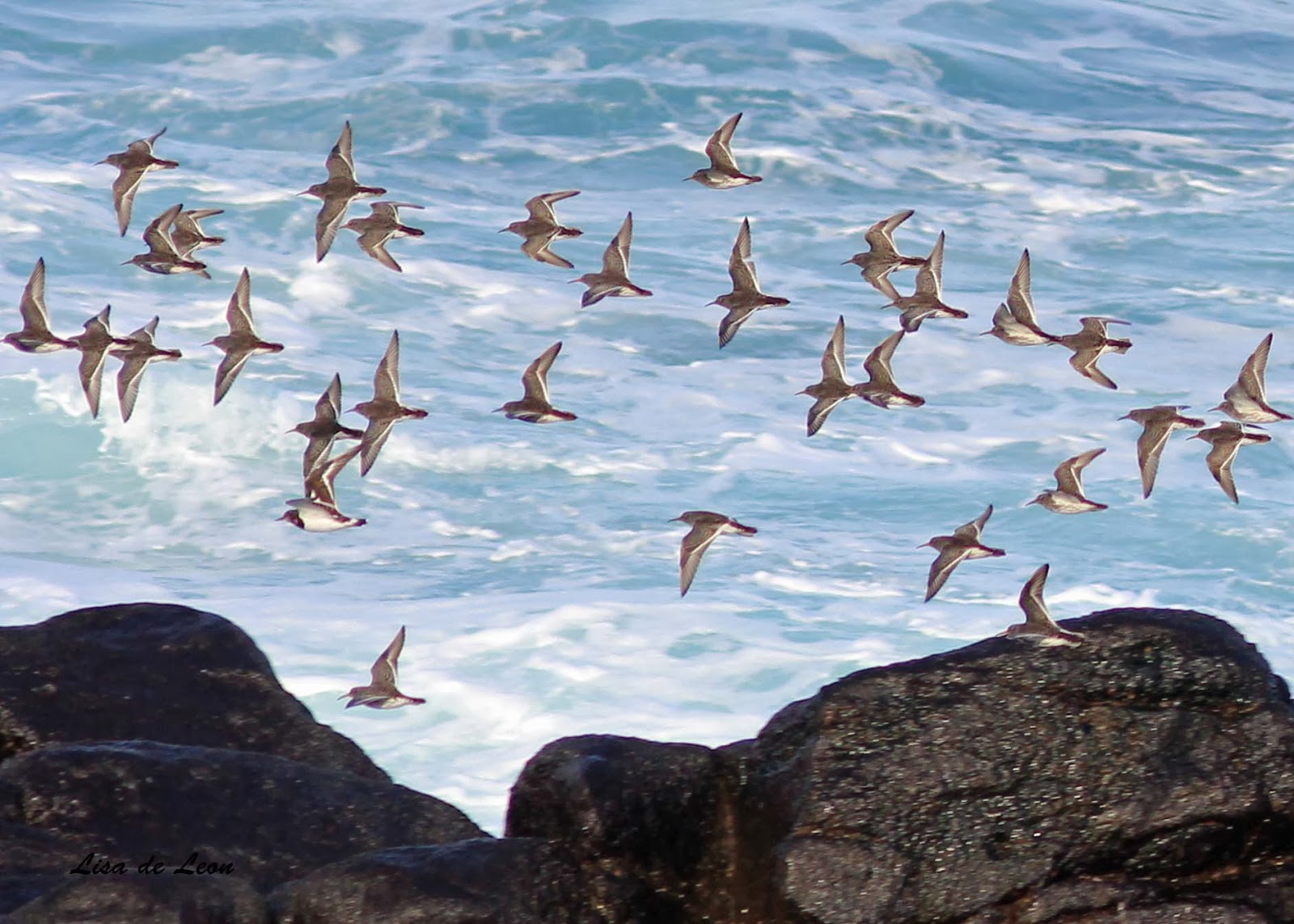 I was totally surprised to see more than 100 Purple Sandpipers gather for their beautiful flight. Until the moment they lifted off, I would have thought there were no more than 20.

It was interesting to see the Ruddy Turnstone liked to be at the front of the flock. Each time they changed direction, he worked his way back through the crowd to lead the way.

Be sure to click on image for enlargements. The Ruddy Turnstone really stands out.
Posted by Lisa de Leon at 6:56 AM