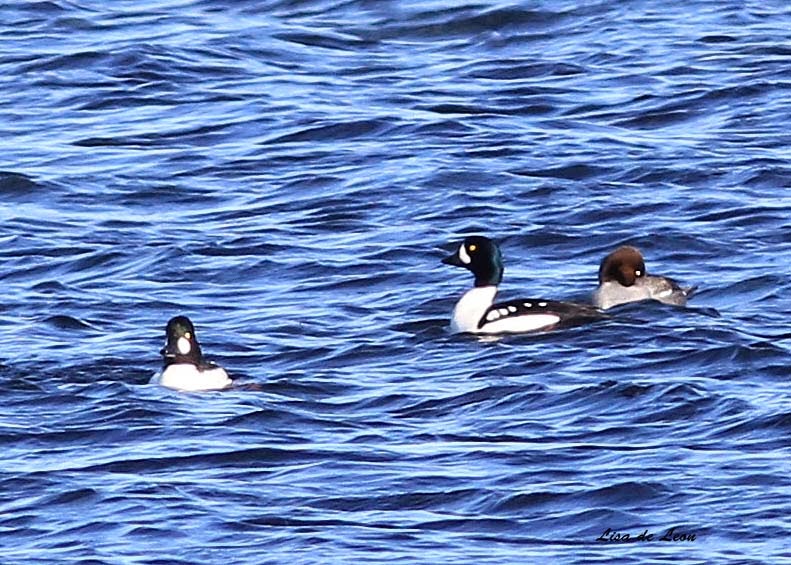 Two weeks ago, Alison Mews and I did the CBS and CBN winter bird run. While it was a beautiful day and we saw lots of great birds, we missed the target bird ....the Barrow's Goldeneye. So, this weekend we tried again. 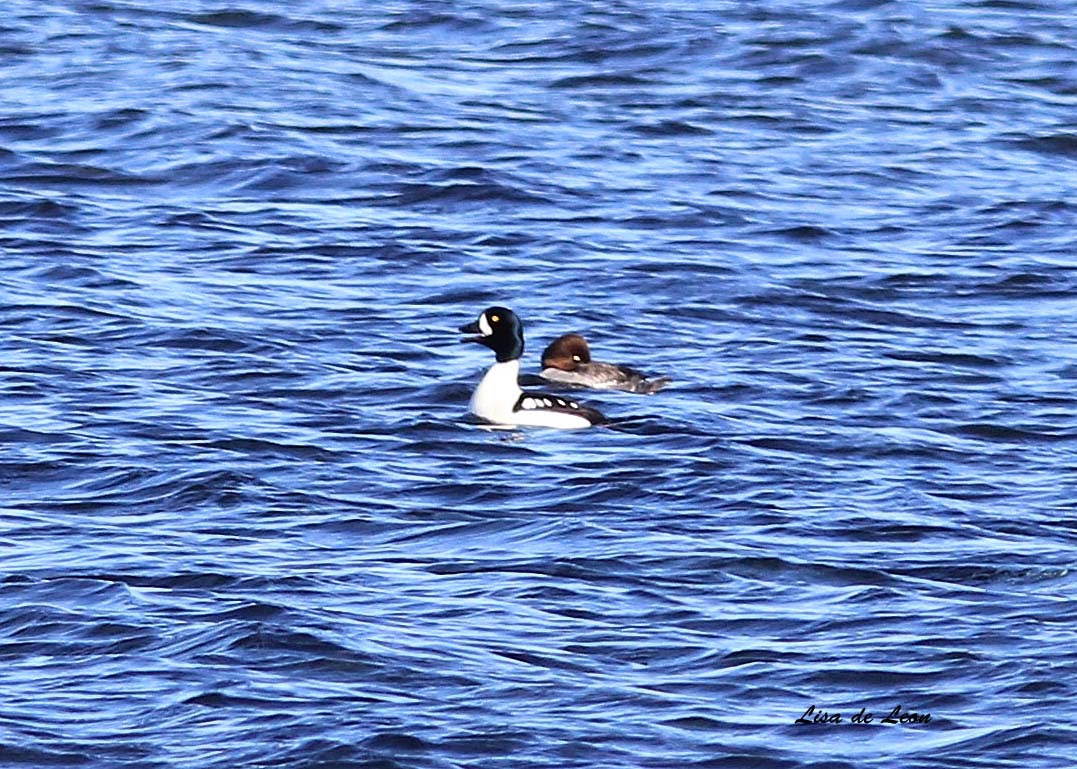 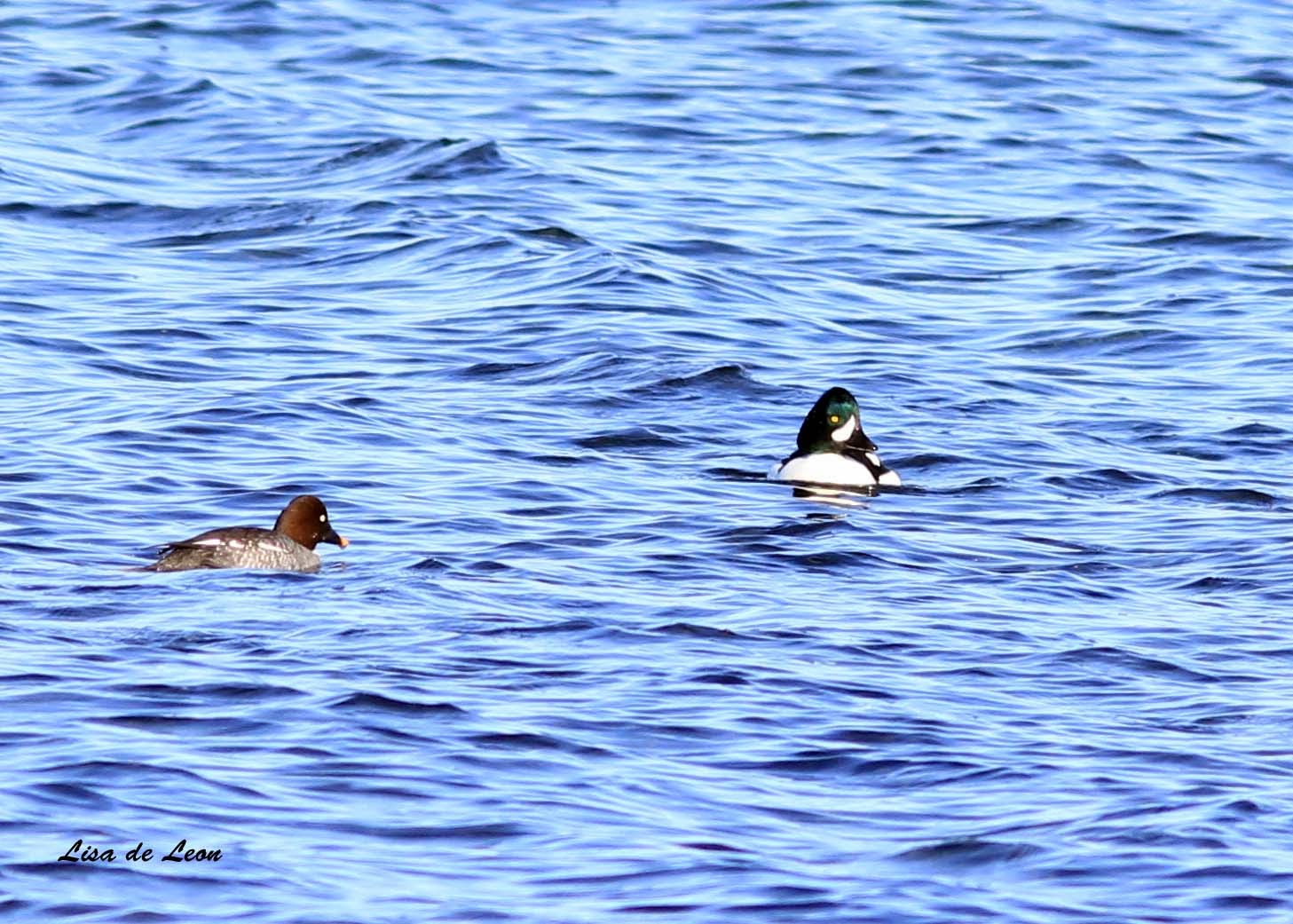 Other times, that special bird just appears and close to shore at that. 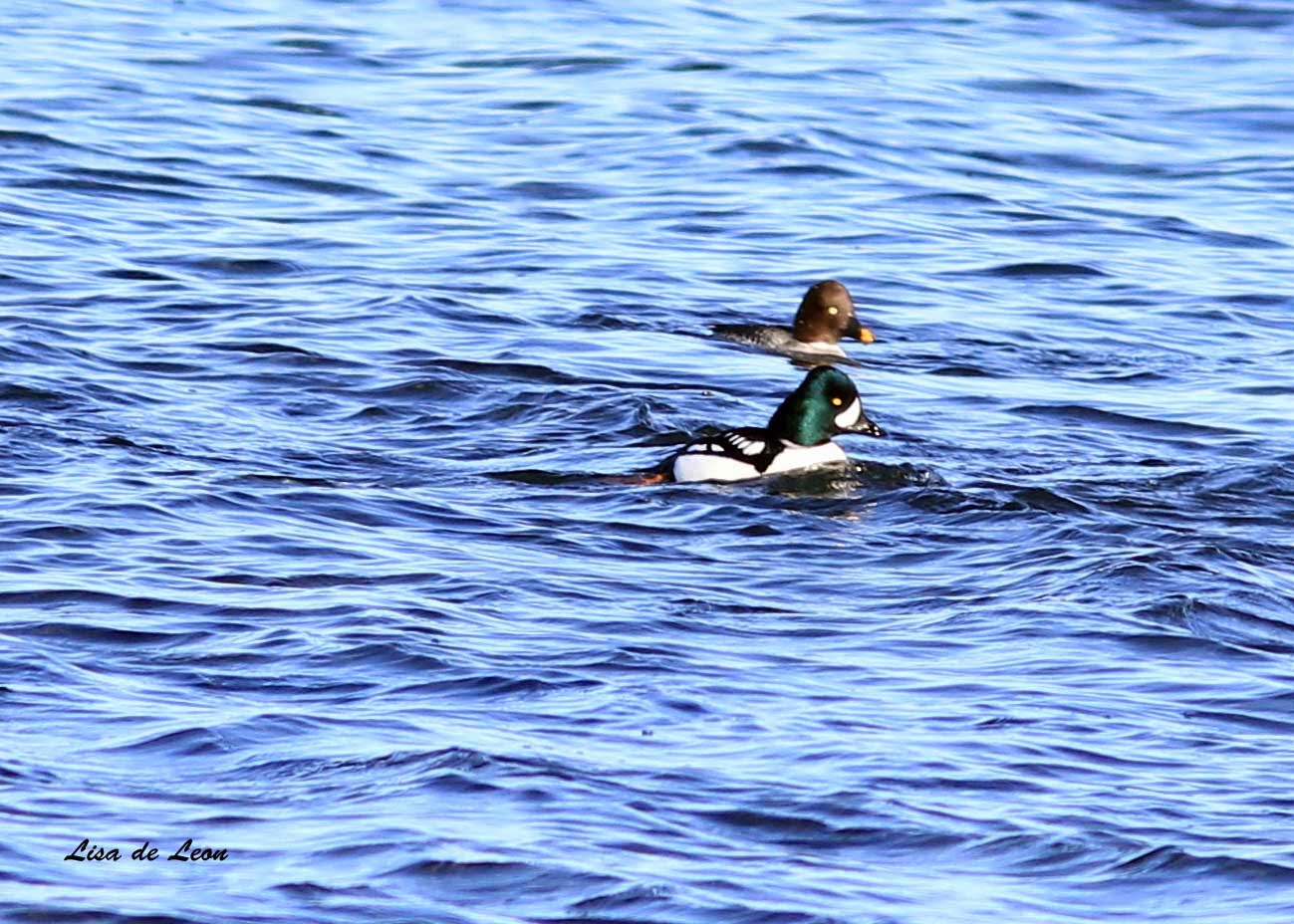 When we pulled into the lookout at Spaniard's Bay, I didn't even have the ignition turned off before Alison announced, "There it is." I fumbled with the car key, my binoculars and fetching my camera before I could lock onto the bird. Yep! That was it! 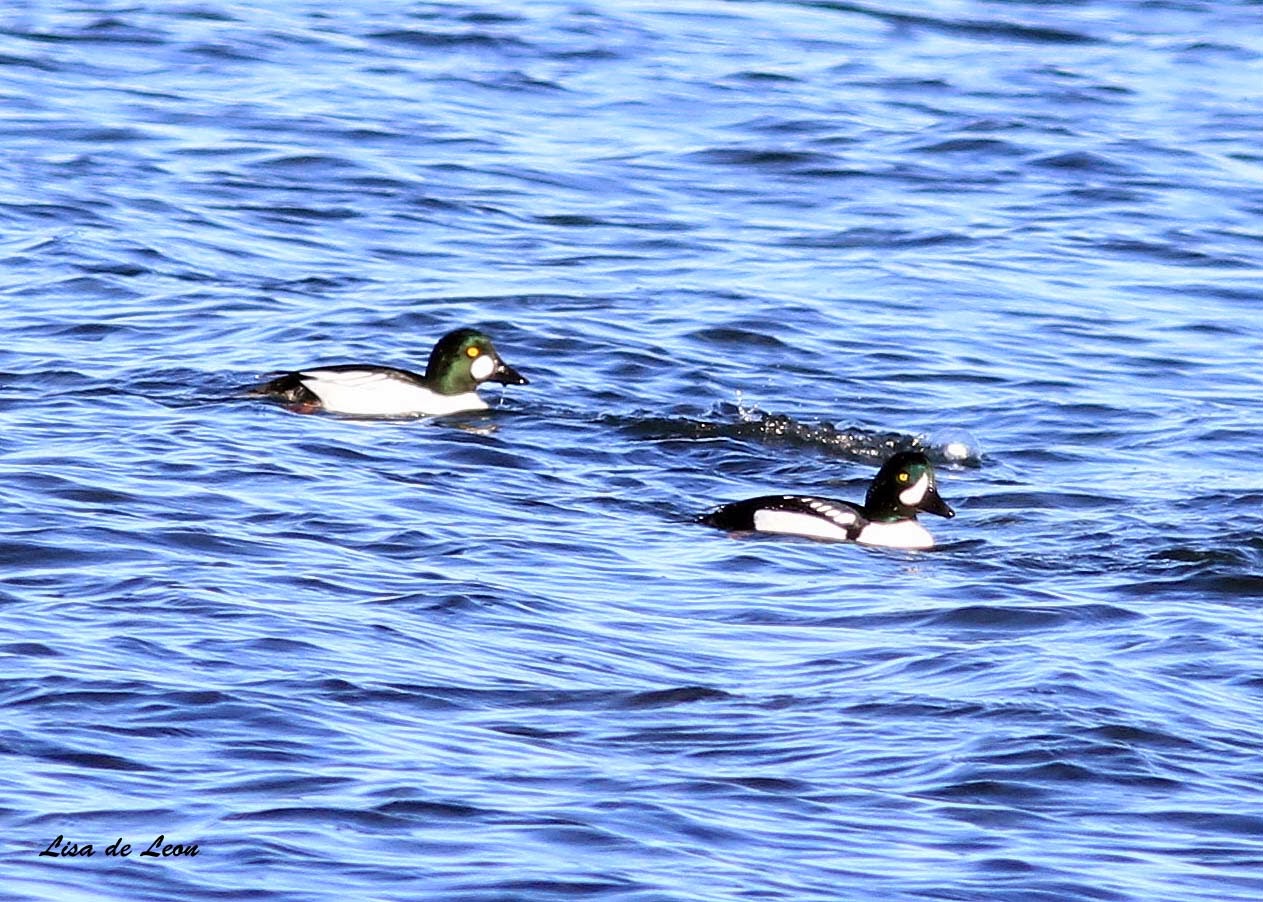 I'm not sure that the bird guides really do justice to the distinct difference between these two species. Once seen, side-by-side, there is no doubt the Barrow's Goldeneye shows much darker with a distinct black and white ladder along the back above the wing. The face has a crescent-shaped white patch, differing from the roundish patch of the Common Goldeneye. 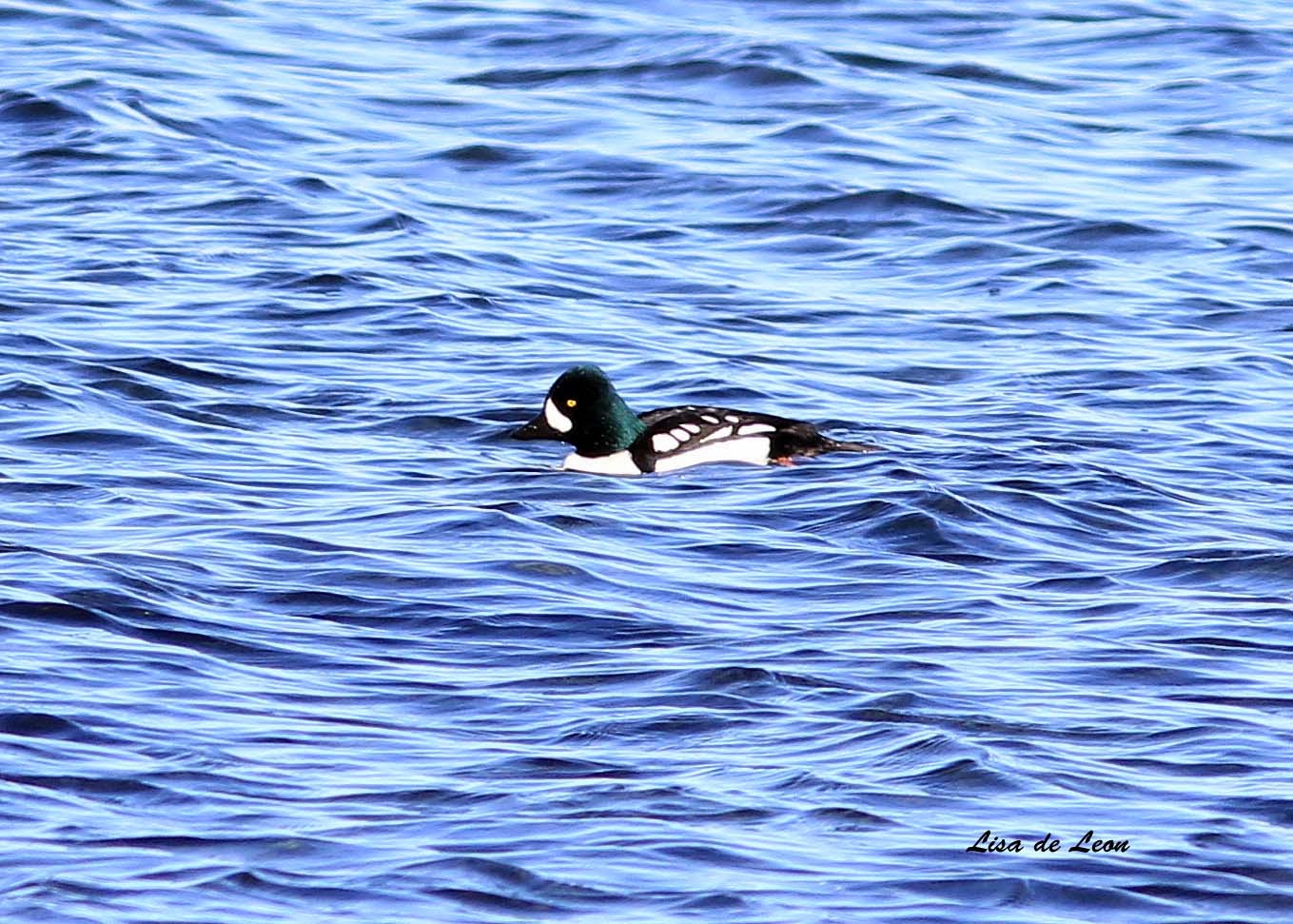 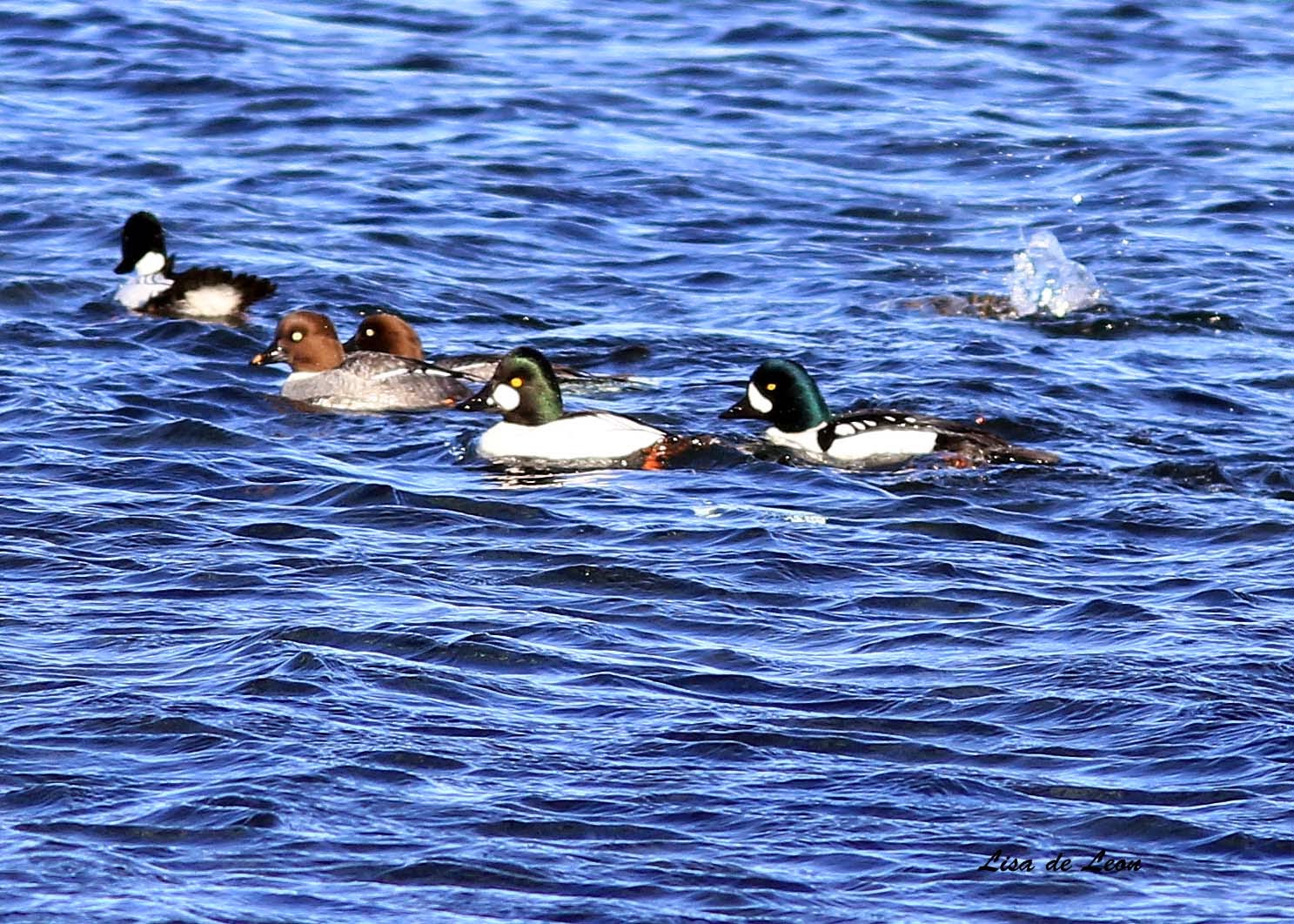 While it is often said that picking out the Barrow's in a flock of Commons is difficult, I didn't find that to be the case. The biggest challenge is distance. When these birds are close enough, identification is a snap. 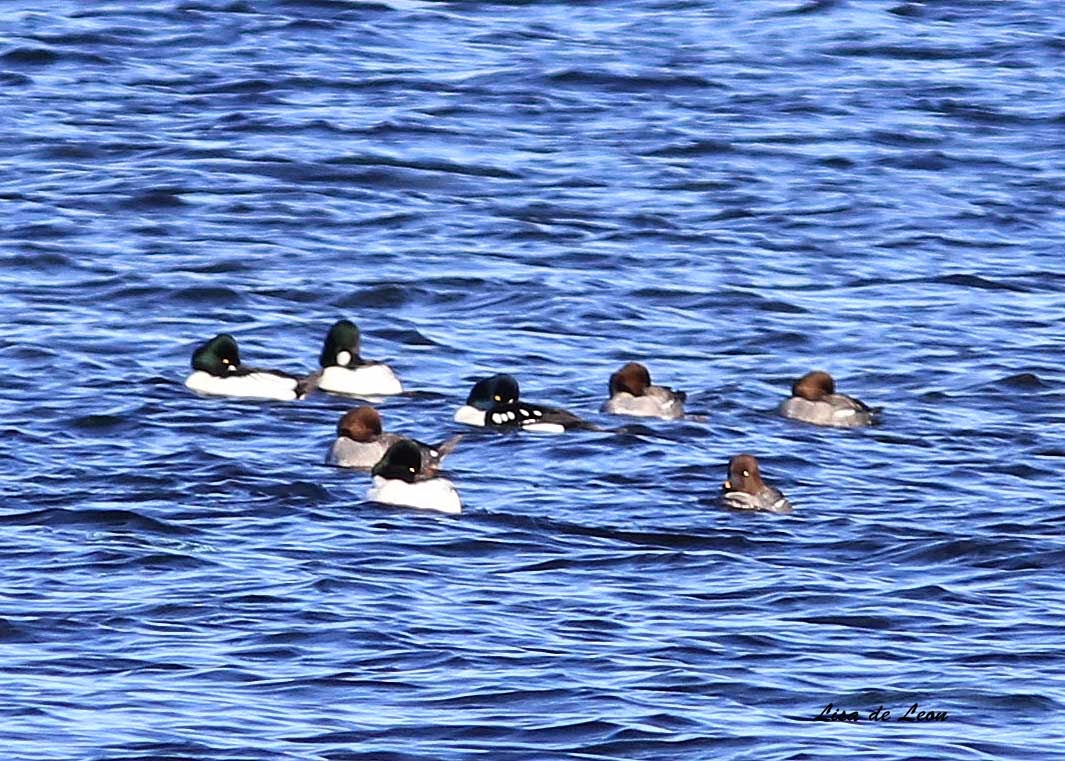 Even when the bird is tucked in for a rest, the differences are still apparent. 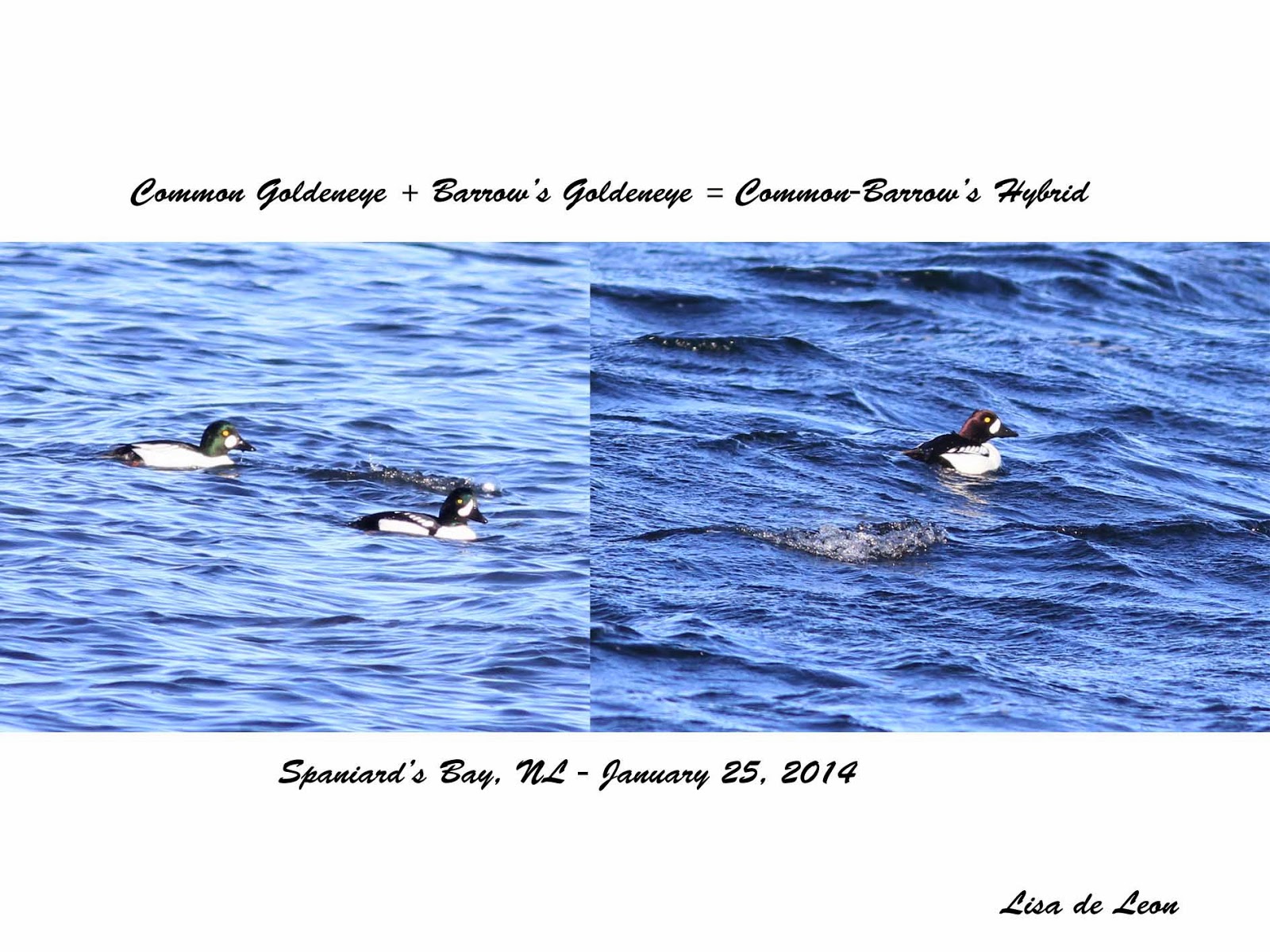 Since 2003, there have been regular reports of a hybrid Barrow's and Common Goldeneye at Spaniard's Bay. Until this weekend, I had never seen it. 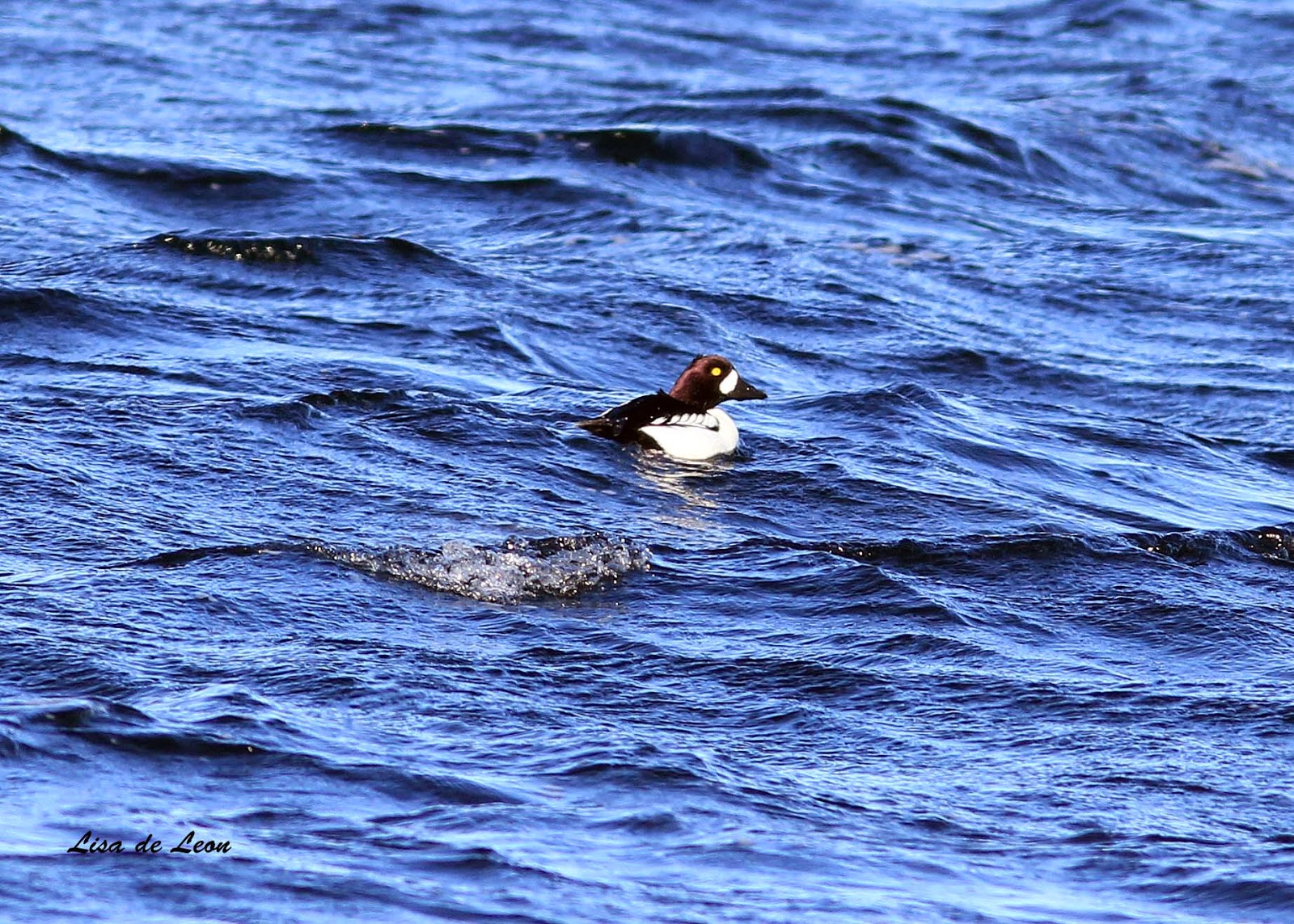 This trip we got a great look at it. As we drove up along the shore road, this great little bird was floating close to the rocks. It wasn't long before it flew away, but there is no doubt about it. This bird didn't fit the description of either the Barrow's or the Common Goldeneye. Yet, it had characteristics of both. 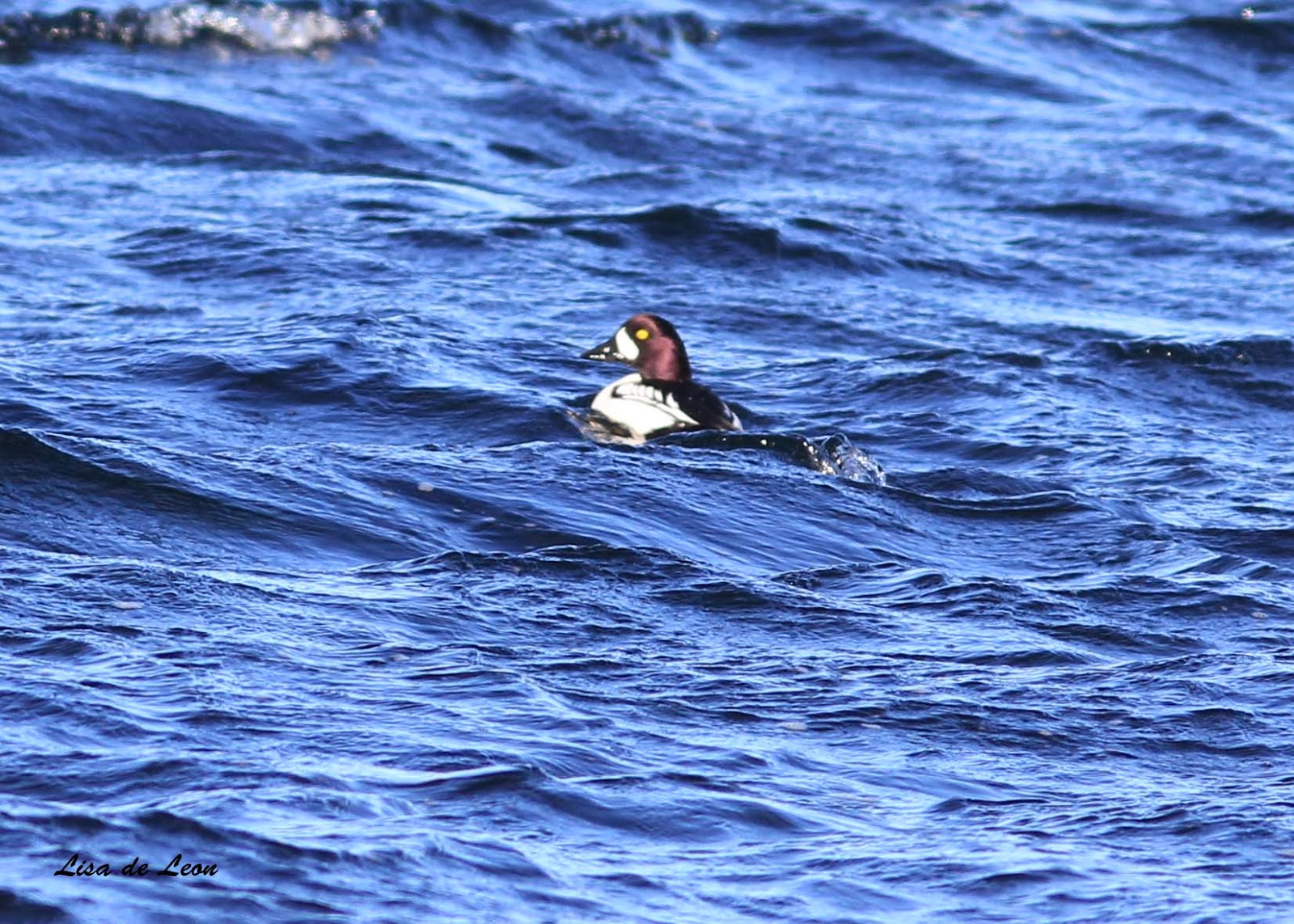 Note how purple the head is on this one, the crescent-shaped face patch is prominent, but the laddering above the wing is somewhere in between the markings for the Barrow's and the Common Goldeneye.

The most important choice when birding sea ducks is to stay in the car if possible and speak softly. These birds seem to have a sixth sense about safety. If they detect humans, they will either quickly drift offshore or they will out-right up and leave. To get the photos we got which are the closest and best I have ever had, we sat in the car and waited for the small flock of birds to drift toward us.

Well, the second time was a charm, and unless something special shows up in the area, my winter trips to CBN have come to an end. General observation: There were many more birds in the area two weeks ago than on this weekend.
Posted by Lisa de Leon at 8:12 AM