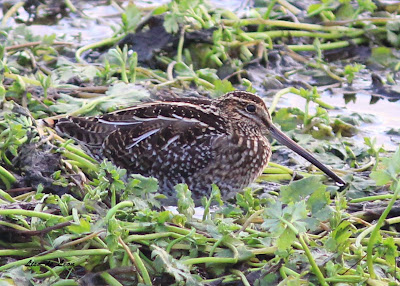 The first big twitch of the year came after Bruce Mactavish located and confirmed the ID of a Common Snipe cavorting with a Wilson's Snipe in Ferryland. 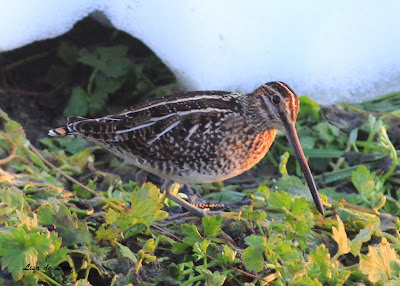 This is one of those opportunities where you just have to go or you might miss it. The day after the initial find, I woke up long before sun-up to make the trip. 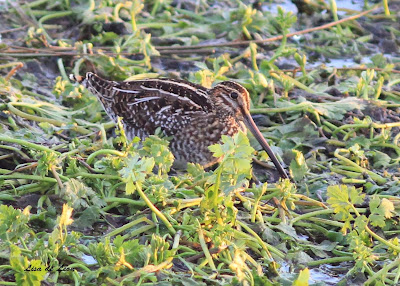 As the sun was rising, I was standing along the side of the road in Ferryland scanning the marsh. After about ten minutes, I spotted this Wilson's Snipe. I thought the Common must be nearby. Forty-five minutes later, I began to wonder if the Common Snipe had departed. I got out of the car and checked the area from one end to the other - nothing. 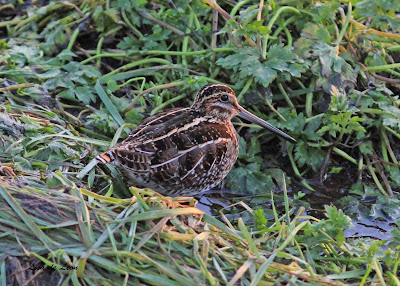 Soon, other birders began to arrive. That was comforting because I thought the more eyes watching for these "masters of camouflage" the better the chance of finding the bird. 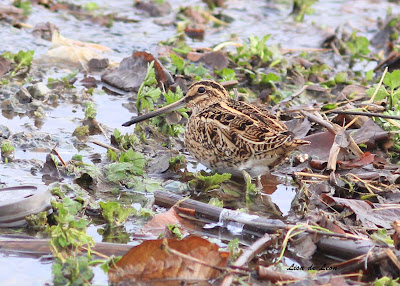 That proved to be true. It wasn't long before Ken Knowles locked onto the Common Snipe north of the area where I was looking. 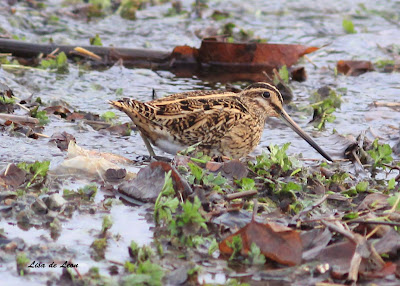 Excitement set in! Not wanting the flush the snipe, several of us gingerly moved up the road, and alas, there it was! 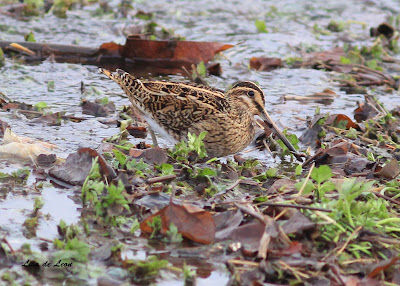 There is a big difference in color between these two snipe, with the Common Snipe being much lighter than the Wilson's. 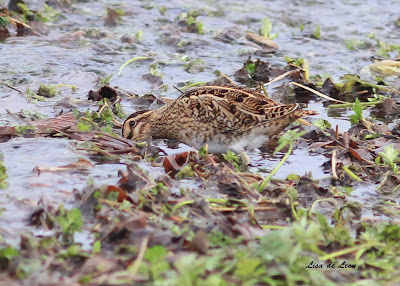 I revisited my pictures of the pair of these birds that showed up in Tors Cove in mid-February 2011. The 2011 Common Snipe was not nearly as light as this one. 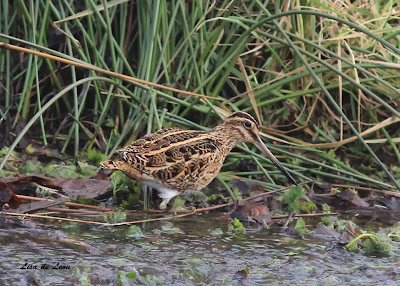 At that time, Dave Brown spent a lot of time studying and photographing the Common Snipe to confirm its ID. He "blogged" a fantastic article regarding the differentiation of these two species which at one time were considered the same. To read this article, visit: http://birdingnewfoundland.blogspot.ca/2011/02/common-snipe.html 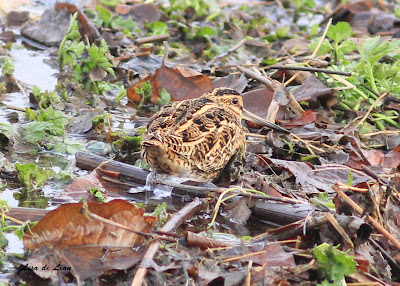 To highlight the rare birds of 2014, I am adding a tab above to showcase those I am lucky enough to see. I hope the appearance of the Common Snipe is the first of many rare birds set to visit our island this year.
Posted by Lisa de Leon at 8:07 AM