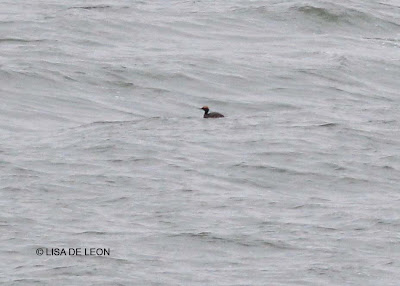 While the Horned Grebe is considered rare in Newfoundland, there seem to be a few that arrive each year. Biscay Bay offers the best place to view this species, but they have been reported in Placentia as well as Quidi Vidi Lake in St. John's.

It is very difficult to see them without a scope at Biscay Bay which makes this shot particularly special for me. Distance and conditions dictate the situation. This shot taken earlier this week was taken on a dull, overcast day, but still clearly shows the distinctive golden ear tufts. 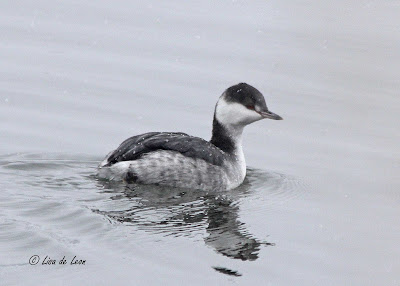 There will likely never be an opportunity to see one so close, albeit winter plumage, as the day in January 2011 when this stray appeared at Quidi Vidi Lake.  While it didn't stay too long, it did stay close to shore and provided amazing views.  There is such a big difference between the winter and the breeding plumage of the Horned Grebe. Like so many of the sea birds, the window of opportunity to see this species is limited as they will soon head off to their breeding grounds west of us.