A Lull in the Action 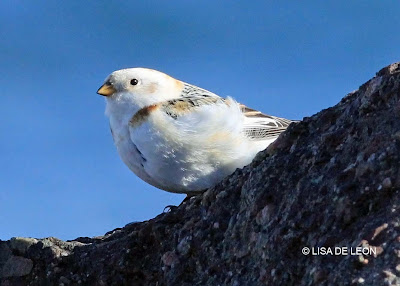 It seems March and early April are the slowest months for birding in Newfoundland. Having checked my posts during this period over the last few years, I have made less posts than any other time of the year. I really think it is a combination of two factors: Fewer birds and the winter doldrums. 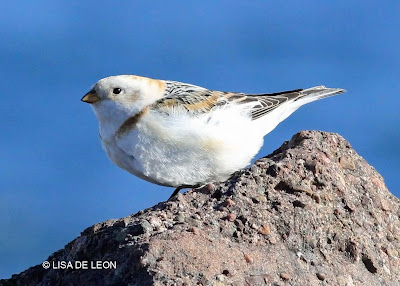 I am only getting out about once a week now and even then, I am not seeing much. However, I did have one interesting encounter early this week. On the drive to Cape Spear, I saw a woodpecker of interest(no, not an Ivory-billed Woodpecker.) At the time I thought it was a Black-backed Woodpecker. Now, I am second-guessing myself. The woodpecker I saw had a laddered, barred black and white back. Could I have just seen my first Three-toed Woodpecker?  As far as I know that would be really unusual for our area. I have returned to the area twice since the original sighting, but have been unable to find it again. Maybe someone else will spot it and add some additional information about this different black woodpecker. 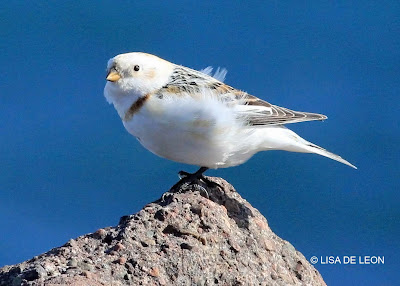 And so, I continue sharing some of my pictures taken on the first day's use of my new lens. I really haven't taken the time necessary to get used to this new gadget, but I am liking the early shots. There is so much more detail than my old lens. What a great time of the year to get this new lens as the small woodland birds will be returning one by one over the next two months! 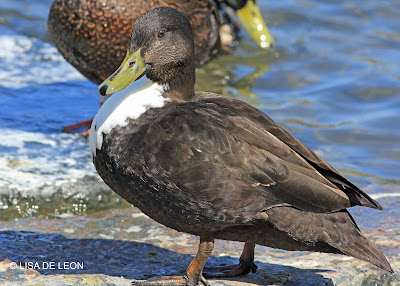 From a user's point of view, I am now handling much more weight in the camera than before. So far, I am able to hold it steady, but what about those days when I am out for hours on end? It is certainly understandable why people who use big cameras also use tripods. I have been pondering a monopod, but I am not sure about that just yet. Time will tell.
There are a number of  what I think are domestic Swedish Ducks at Bowring Park, and this is one of them. However, in the bright light of the day this bird looks more brown than black. There were other similar ducks at Bowring Park that looked more black than this one. 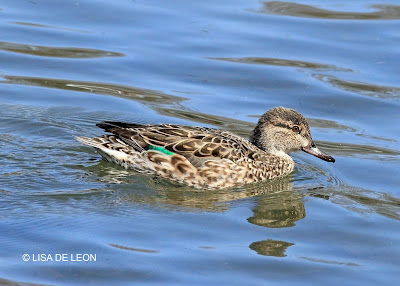 Also at the park for several months now was this little, female Green-winged Teal. It is interesting that it has not moved on to join up with other GW Teals in the city. I guess the life of a duck at Bowring Park is really pretty good. 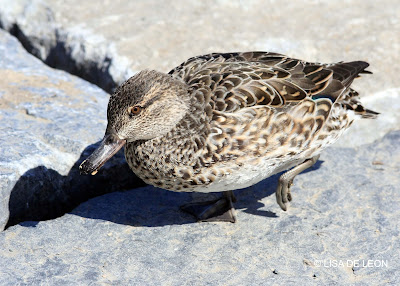 It certainly seems more tame now than it was when it first arrived. 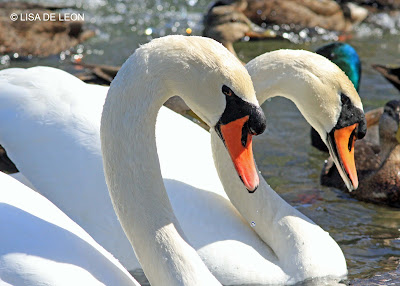 Then, there are the always-entertaining swans.  It won't be long before the others will be released into the other city ponds. That is a sure sign of spring! 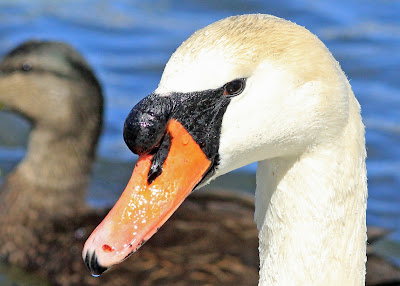 Back to the camera: I plan to spend some time to better adjust to the potential of this lens, but I am really amazed by what it can do on its own, despite my shortcomings. 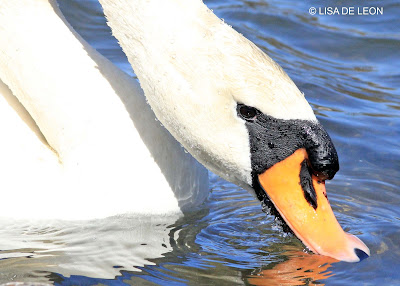 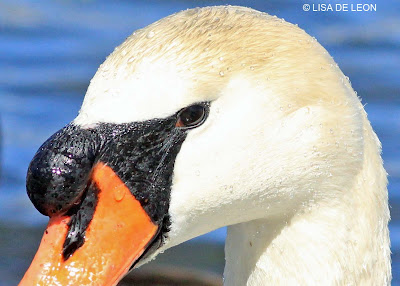