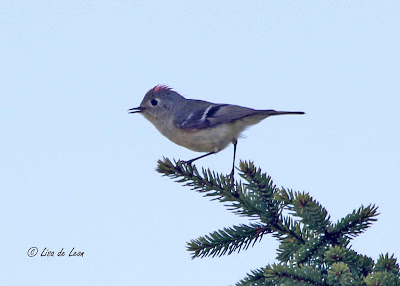 With the wild and wacky wind shaking my house to its core this morning, I am nestled into the comfort of my office to ride it out. It seemed an ideal time to delve back into some pictures from last spring and summer to share today. I was reminded that it will only be about four or five weeks before we will hear the rich, clear sound of the Ruby-crowned Kinglet singing from the tree tops. Its song is much bigger than the bird. 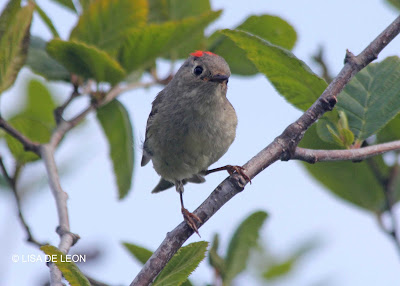 If lucky, I will get to see the flashy red crown the male displays when somewhat agitated. I have regularly heard and seen the Ruby-crowned Kinglet at Bidgoods Park in Goulds early in the season, mid to late May. Last year, I wondered if it were the same bird that hid and teased me for days on end the year before. 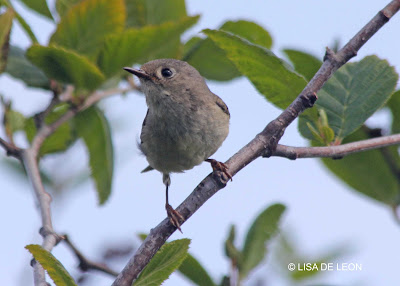 Another good location for seeing this species is on Power's Road, first turn to the right. It is the same area where the American Redstart were breeding last summer. 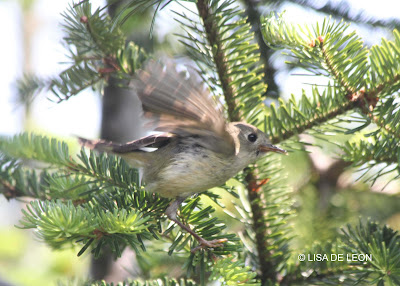 The Ruby-crowned incubate only one brood during the year. It was in July of last year that I saw this immature one on Bear Cove Point Road. As I recall, birds were scarce that day, and any bird spotted was a treat. 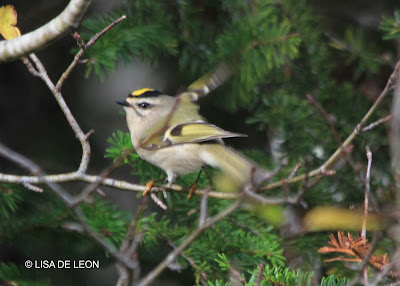 The kinglet cousin is the Golden-crowned Kinglet showing with a little more color and definition in is facial markings. The white, vireo-like spectacles around the eye are the best field marks to differentiate the golden from the ruby kinglet. 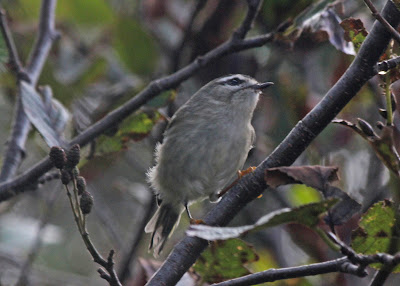 Of these two species, the Golden-crowned Kinglet is the smallest by more than a half inch. The high-pitched calls of the G-C Kinglet often evade me, and I have to watch the woods closely for the flighty movement of this tiny bird through the branches and leaves. (Ah, can't wait for the leaves to appear.) 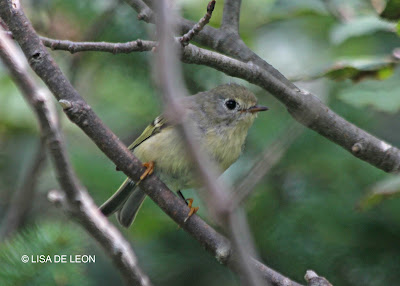 While the Ruby-crowned Kinglet is not really people-friendly, it does seem to sit a little longer than the Golden, allowing for better views. 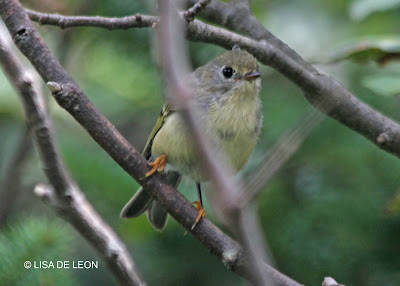 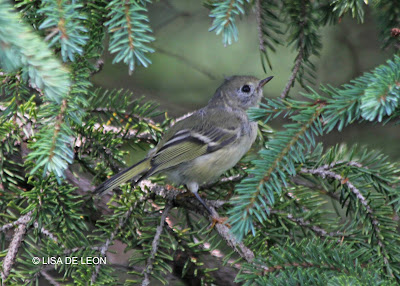 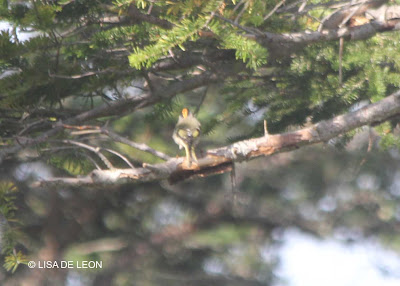 There are some Golden-crown Kinglets (males) that have quite a dark, orange-colored crown, but getting a good look at it is not always easy. This species is known to raise two broods of kinglets in a season. Maybe that accounts for the fact that they seem to linger longer into the fall before making their departure.

As I look at these shots, I find myself getting more and more excited about all the birds returning to us in just a few weeks.
Posted by Lisa de Leon at 11:11 AM