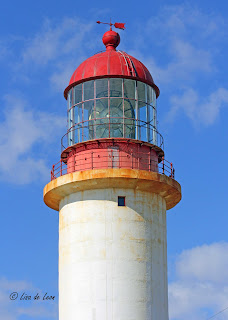 While bird watching, I have the opportunity to see so many places that I probably wouldn't, otherwise, visit. Cape Race is one such place.  In the middle of April this year, coinciding with the 100th anniversary of the sinking of the Titanic, a friend and I made the trip to the end of Cape Race Road.  Given the magnitude of the occasion, I was surprised to see so few visitors in this location. Nevertheless, the long, steep hill present above the Drook is something of a deterrent.  The road was in excellent condition this year, though, making it much easier for tourist to make the trip. 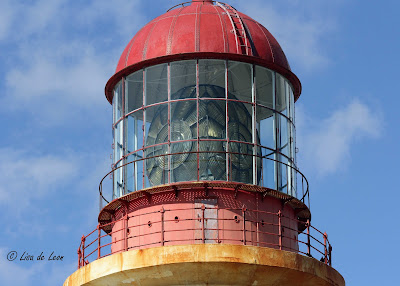 Birders know this road for reasons other than the historical.  It is well known that spring migrants will travel at night, and the flashing beam emanating from lighthouses signal land.  Birds seize the opportunity to make landfall. This livens up the long, 20 km. road during the spring.  In the fall, birds will also congregate on this road prior to making their return trip to winter grounds.  Cape Race Road or Cape Pine Road (not far away) offer up the best opportunities to see American Kestrel, Ptarmigan, Horned Lark, owls, and rare species of warblers.  With the help of the lighthouse keepers, regular reports are made about the special visitors to Cape Race. 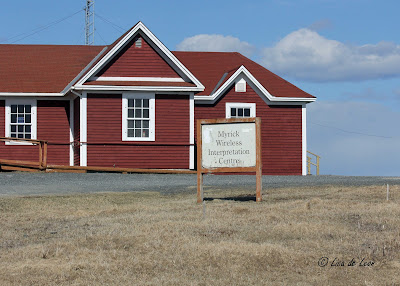 The grounds around the Cape Race Lighthouse were well-groomed and dressed up for the commemorative events that took place in April. 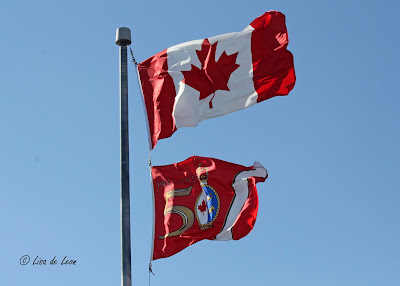 I am puzzled by this flag. At first I thought it was in celebration of the Queen's Diamond Jubilee.  Then I noticed the years are not right.  Then, I wondered if it may commemorate the anniversary of the sinking of the Titanic, nope that would be 100 years. Could it recognize the anniversary of the Canadian National Parks?  I don't think so, that would have been a 2011 celebration.  Unfortunately, there was no one available to ask. 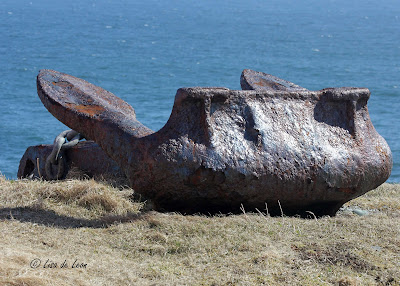 This large anchor lays on the grounds, but there is no plaque to identify its origins. We arrived a day late to participate in the information sessions, so I guess my quest for information should just dissolve into the appreciation of the area, its rugged beauty and its historical significance.  Of course, any special birds seen along the way added excitement to the round-trip drive, never knowing what might appear at any minute