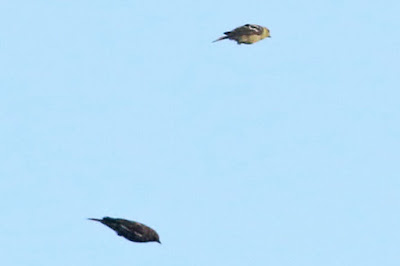 This morning, like so many others, I walked my usual trails and checked typical locations. What was different this morning was the presence of a few good birds. Naturally, the day started with two birds getting away. I managed one flight shot. I suppose they are a Blackpoll and a Yellow-rumped. However, I don't say that with confidence. 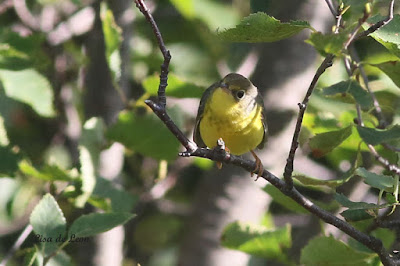 I happened upon several good flocks, but it was the one by the Cape Spear cabin that yielded the most and best bird of the day. This Canada Warbler was mixed in with a number of warblers and chickadees. 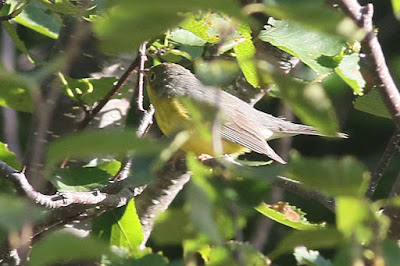 There was a bright Yellow Warbler present, but the yellow of the Canada stood out. I followed it through the leaves and hoped it would pop out and give me a moment. 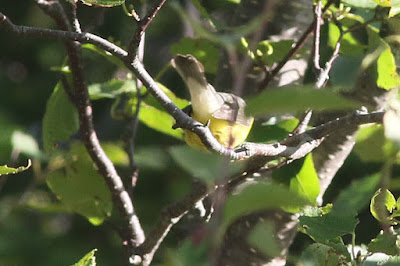 As you can see, it didn't. Nevertheless, I got enough shots to confirm the ID. 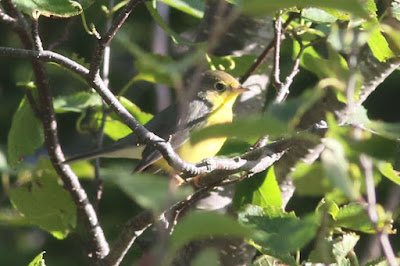 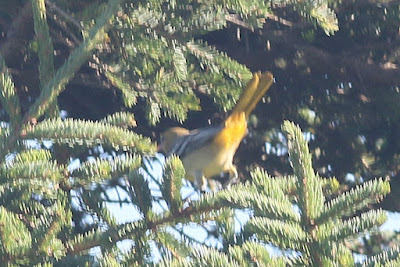 Since I started a little late this morning, I didn't walk the lower trail at Cape Spear. The number of tourists was growing. 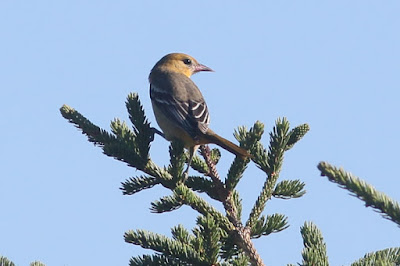 Instead, I headed up toward the East Coast Trail. On the way up, I saw only a couple of sparrows. I stayed in the trail for about an hour and a half. On my walk down, I got a brief glimpse of a Baltimore Oriole in a tree by the trail. Light was not in my favor. It disappeared into the tree and was gone. 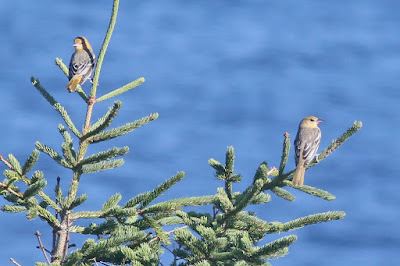 Yet, there were many sparrows flying around, so I inched my way down the trail. I couldn't believe my eyes when I saw a tree dripping in orioles.  Well, maybe not dripping, but there were four in there at one time. I could not get them all in one picture. 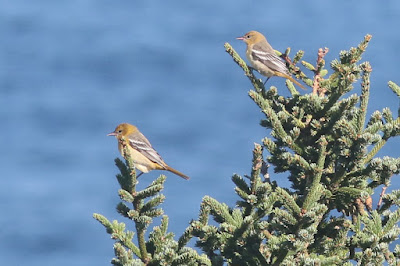 I don't know what it is about Orioles, but I never seem to get a decent shot. I was really more concerned this morning about getting a shot of every bird. With little time to work with, I thought the bird on the lower left in this shot was a little different from the others. Note: The birds did not linger. In just moments, they moved on and I didn't see them again. 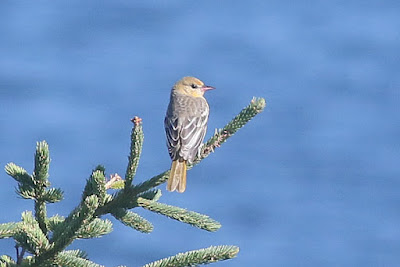 It is most probable that all four are just drab, first year Baltimore Orioles, but maybe they should be looked at by fresh eyes. 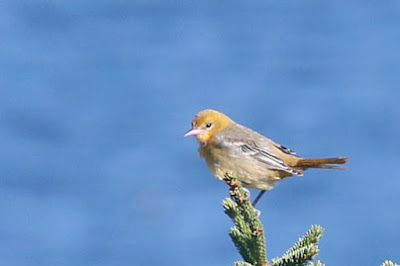 It is this bird that struck me as being different. Comments are welcome.
Posted by Lisa de Leon at 3:00 PM