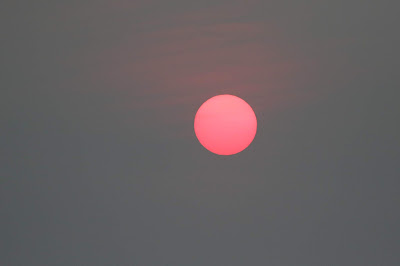 Summertime and mornings, two of my favorite things. Put VOWR on the radio, and it just doesn't get much better. As I topped the hill at Cape Spear, this beautiful sunrise greeted me. Odd though, at 6 a.m. the road was busy with cars racing in both directions. I really expected to have some quiet time to view the Orchard Oriole found by Ethel D. a couple of days before. I was astounded to find the parking lot full, and the lookout crowded with about 50 people. Must have been some kind of sunrise service. 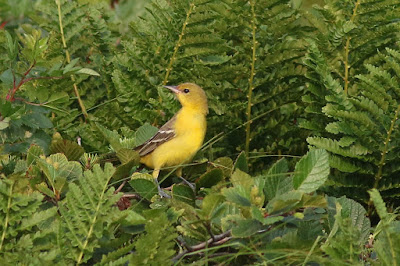 With those numbers of people around, I was not surprised the Orchard was not readily seen. My first try did not yield the bird. However, knowing the bird had been around for a while and seen earlier in the morning, I was not concerned. 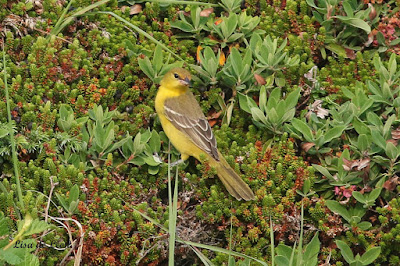 I put the Orchard on hold and went for my morning walk. It was waiting for me when I returned. 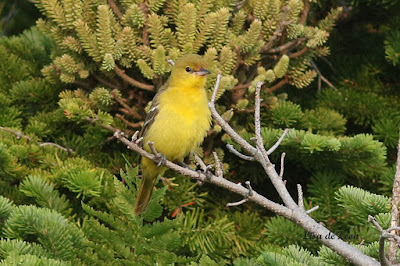 Its bright lemon color was hard to miss in the morning sun. I was lucky to get great views of the bird and able to snap a few shots. 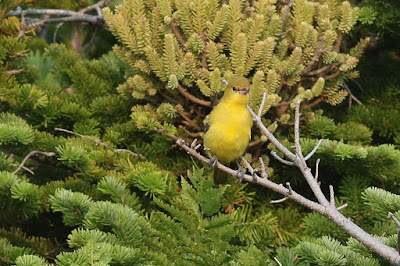 I think it has been reported this bird is only the fifth sighting of an Orchard Oriole. Two of these have been in the area of Cape Spear. The last sighting was brief, and the bird was on its way. 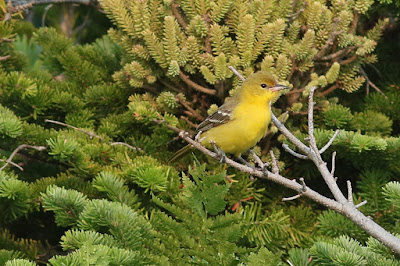 This one stayed around allowing many birders to get a look. 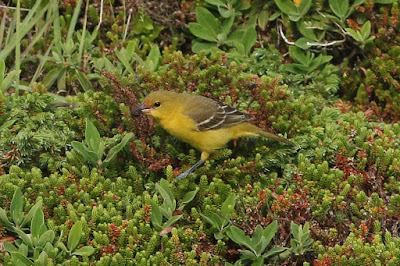 I think it was likely the small berries growing low to the ground at the Cape that made this bird contented to stay awhile. 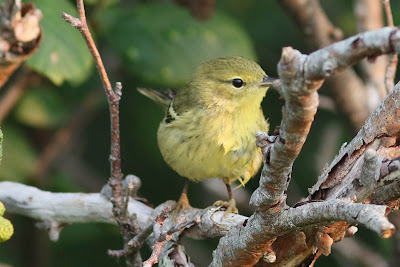 Earlier as I birded the trails, I noted a slight uptake in sightings of woodland birds. For a while the woods were extremely quiet. 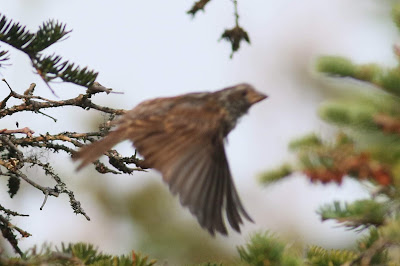 It seems the birds are beginning to move around. I got only one shot of this sparrow and not a great look at it, but I believe it to be a Fox Sparrow. Usually, the chip of a Fox is easily identified, but I didn't hear it at all. 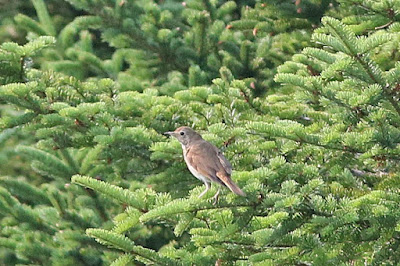 Along the road, I found some tourists looking at this bird. They indicated it was a Hermit Thrush, so I didn't spend much time looking at it. However, as I look at the couple of pictures I took from a distance, I now wonder if this is not the Gray-cheeked Thrush that has been frequenting the area. 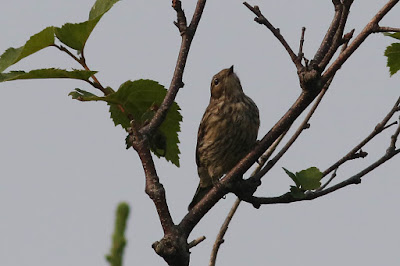 There were other common warblers that crossed my path, but nothing out of the ordinary. 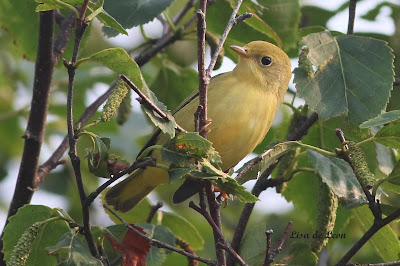 The bright colors have faded, and the young are joining the flocks. Nice to see. Better look now, because this is the start of the last hoorah. Before we know it, the birds will begin to leave us. 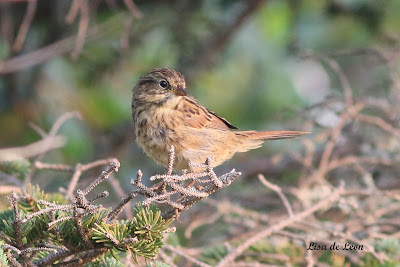 Notable, were the large numbers of sparrows to be seen. White-throated Sparrows, Savannah's, Swamp and Song Sparrows dotted the area. By mid-morning on the bright August day, the heat and humidity began to parch the air making it hard to linger in my search. Not complaining, mind you. That, too, will be gone too soon.

Now, off to do some of my other favorite things. A game of tennis and some golf at Clovelly are on docket. Hard to fit everything I enjoy into our short summer.
Posted by Lisa de Leon at 6:24 AM