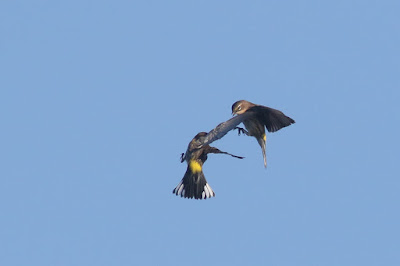 It was in 2010 I started my journey of birdwatching and sharing my experiences and photos along the way. Since then much has changed in the NL birding community. There were fewer birders, fewer photographers and fewer reports. 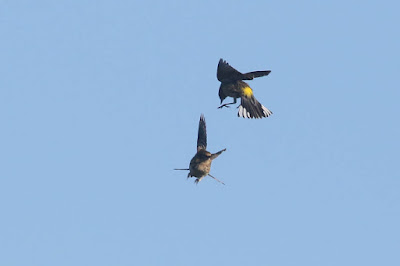 At that time the "go-to" spot to learn about birds seen in the province was https://groups.google.com/forum/#!forum/nf.birds

As best I can tell this forum was started in 1997 by many of the NF "founding" birders. The site has lived for 21 years offering information on sightings, identification, influencing factors and more related to birding. It has been an extremely useful tool for birders over the years, but its use is waning. While the founding birders remain true to this universal reporting site, others have veered off in new directions. Why fix something that isn't broken, especially when the fix weakens the original structure. 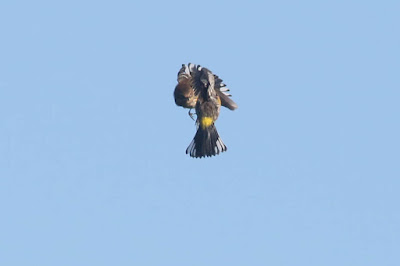 There are many changes in communications over the years and many new birders are joining the hunt to see the amazing birds that regularly, sporadically and rarely reach our province. These changes should be a good thing, but like much of the internet growth and use, the outcome is not always good. 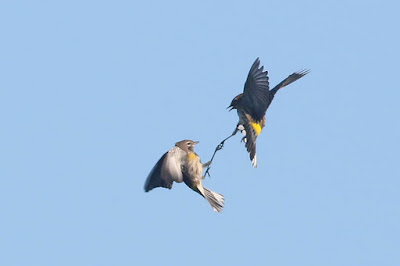 There seems to be a greater urgency to find and chase the good birds. There also seems to be less full-on birding in favour of the chase. Why? To what end is this need for instant notification. What is being lost along the way?

These new communication tools are being employed to fatten lists. As I recall, the rapid communication era began with individual text notifications, eventually growing to group texts. This led to instant congregations pouring into roadways and private yards to get a glimpse of the reported bird.

Then came eBird, a tool intended to enhance reporting records of  migration and bird sightings around the globe. This software soon became the tail wagging the dog. In my mind, eBird began the splintering of the birding community in NL. Groups began to form. There were eBirders, and there were non-eBirders. This program seemed to have started a Cape Spear to Cape Race marathon to chase every new bird reported to add to a year list or a life list. What was once a peaceful, enjoyable activity became a frantic competition to see every bird sighted.

With an invigorated purpose, birders began to explore new and more rapid ways to communicate. There are individual web accounts, Facebook accounts and WhatsApp messenger with small group implementation. Perhaps each of these methods of notification serves a purpose; perhaps they are exclusive by design or perhaps, perhaps, perhaps.... What ever the purpose, this new direction has usurped the Google group.

There are some who are not comfortable to report on the NF Birds site. Over the years, others have been happy to make a report on their behalf. The Facebook group is particularly good for new or non-birders who have seen a bird and would like help identifying it. This avenue has led to the reporting of some special birds that may have gone unreported. The Purple Gallinule is one such example. Texting and messaging have provided instant reporting for those who want to jump in their car immediately and speed to the reported bird. To each his own.

However, all of this diversification in reporting has led to the decline of reporting on NF Birds, a site birders have depended on for 21 years. Many good birds have not been reported on this site lately, and this weakens the birding community. The newly employed, elite notification methods have created a division that has impinged on the original, strong, inclusive sharing nature of the  birding community in our province. New birders, who have not seen how in the past the community joined  together, could easily think of birding as a competitive sport necessitating being in the right circle to compete. Hmmm...

Let me not beat around the bush, but say outright what I think: The elitist notification system is having a negative effect on the unification of the NL birding community. The collective birding nature of the province is disappearing. I am an invested birder. Birding is my happy place, but the purist pleasure of birding is unsettled every time I see the collective nature of the birding community being eroded.