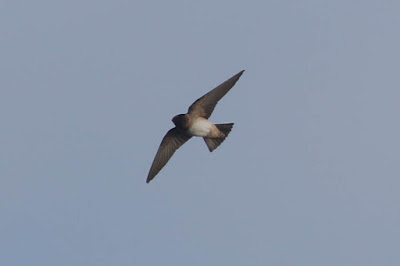 It is fairly common for Cliff Swallows to move through Cape Spear at this time of the year. I don't always catch them there, but I did this year. 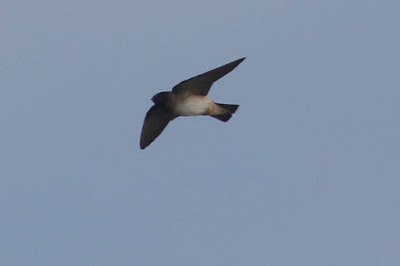 As I neared the main lookout, I caught sight of one bird flying. Perking up, I saw another and another. The birds were zipping by which is their usual behaviour, but the wind was speeding up their flight. 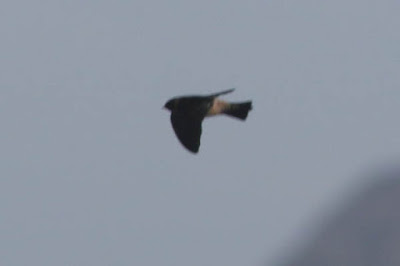 It was a real challenge to get pictures. At one point I thought there might have been six, but eventually decided on a sure number of three. 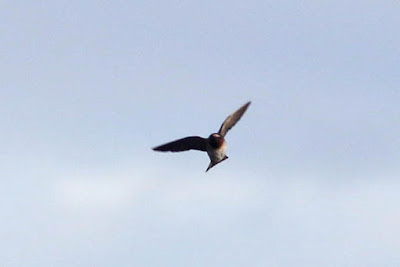 They often flew in too close for me to photograph. My purpose was to get record shots of each one and rule out anything different. I am not sure I got a picture of all three. 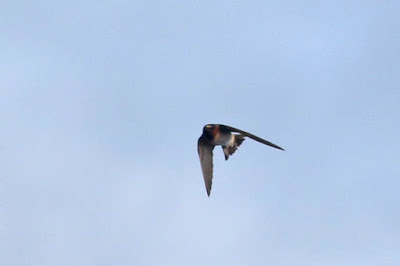 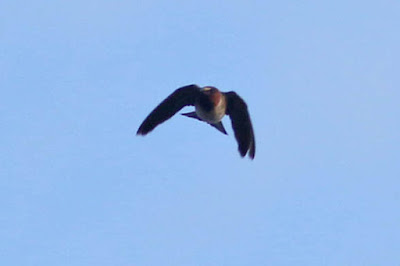 I was comfortable to stay around long enough to try for better shots. 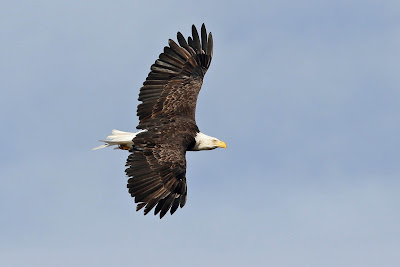 It was this eagle that changed my plans. It came soaring in, turned around, dropped lower in the sky until it nearly reached my eye level. 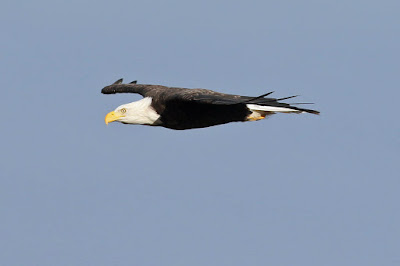 While enjoying the eagle's flight, the swallows moved left toward the first lookout. I didn't pursue them. 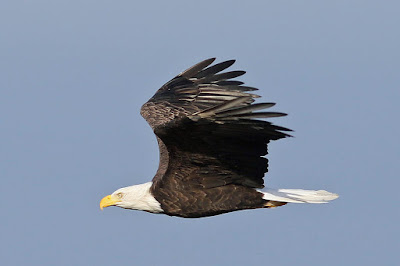 Walks through the East Coast Trail,  Warbler Alley and the bus shelter trail yielded nothing but Blue Jays, Robins, Nuthatches and a lone Purple Finch. 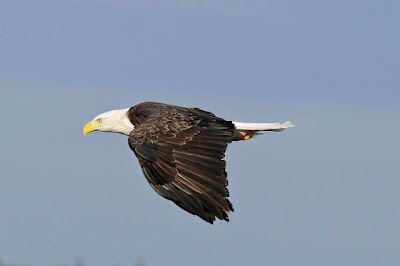 All the while I walked I could hear gun shots from the hunters, some far and some uncomfortably close. Trail walking may now necessitate bright clothing. 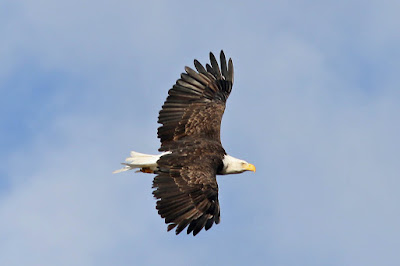