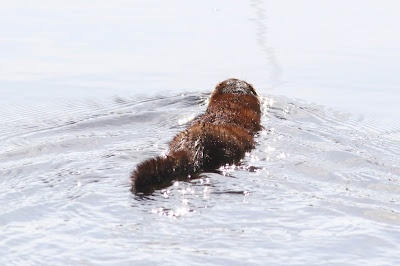 On a glorious Spring morning this week,  I walked numerous trails in Goulds. Wow! Could this possibly be April? I gradually peeled away the layers of clothing,. Truly my kind of day. 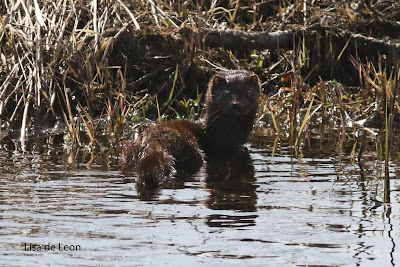 As I walked around Third Pond, I was surprised by this Mink that slithered into the water too near me for comfort. It swam a short distance and then made eye contact with me. 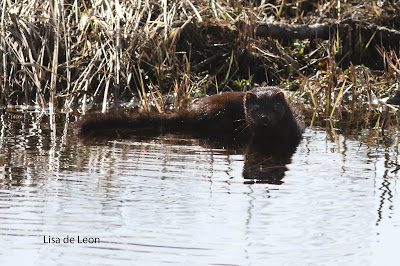 After a short standoff, it started toward me again. Uh..... 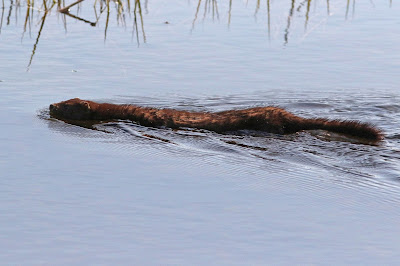 It was with relief that I watched as it turned and began to swim away. This creature was a jumbo Mink. I have never seen one quite to large. When I looked up the average size of this fur-bearer, it is typically 24" at adulthood. This one was bigger than that. 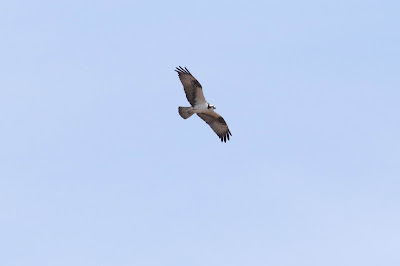 At Bidgood Park, I was interested in this Osprey that was soaring like an eagle, round and round over a field. Why? Puzzled by this fish-eating bird, I watched until it flew off. 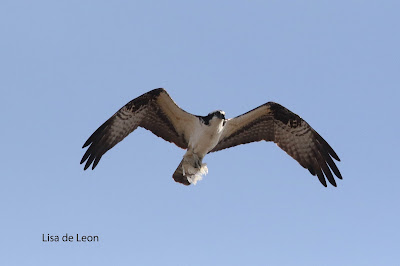 About ten minutes later it appeared on the horizon and flew right over me. Where had it gone? 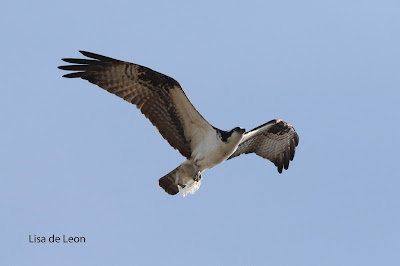 When it got close enough, I realized it was carrying something in its talons. Not a fish.... Pictures revealed it to be a piece of plastic. Plastic, plastic everywhere. 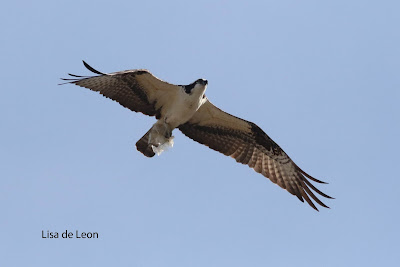 As it flew over the park, I could only imagine it had been looking for padding for its nest. No time wasted as this species is just returning to its breeding grounds. There must be a nest somewhere south of the park.

Also seen in Goulds were five Green Comma and one Spring Azure Butterflies. Commas have been out in the area since April 22.
Posted by Lisa de Leon at 8:04 AM