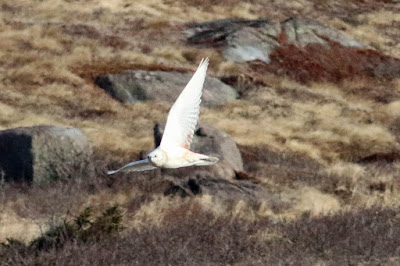 Half expecting to see a Snowy Owl this morning, when I first saw this white blur flying toward me, that's what I thought this bird was... an owl. 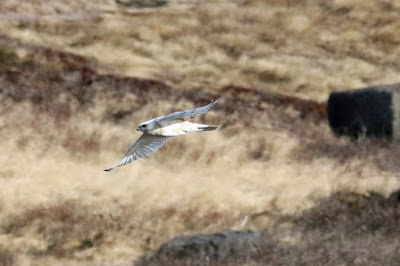 I
I was wrong. Within moments, I realized it was the elusive White morph Gyrfalcon. Wow! Wow! 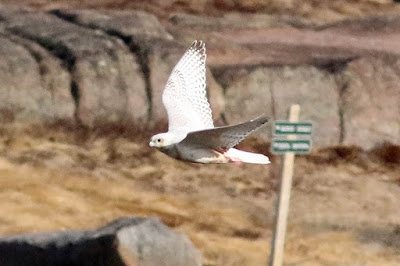 So big and fast was this bird, there was no time to adjust my camera to capture it. I just had to enjoy the moment and go for a few record shots. 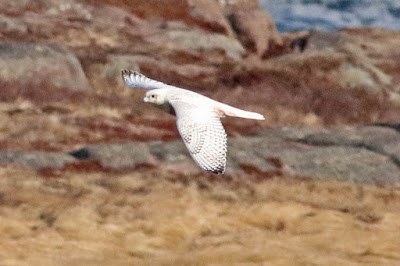 This falcon seemed to fly in off the water. However, there is evidence of a recent kill on the underneath of this bird, so I wonder if it were sitting low on the rocks near the water having breakfast before it took off. Hard to say but there have been on-going evidence of "kills" around the cape. 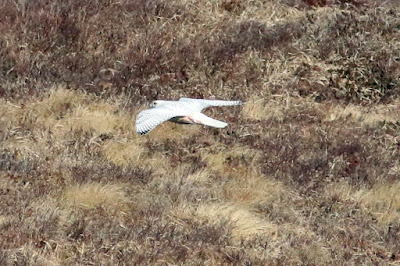 I watched as the falcon changed directions and headed over the ground heading straight for a rock. Sadly, it was going further away. 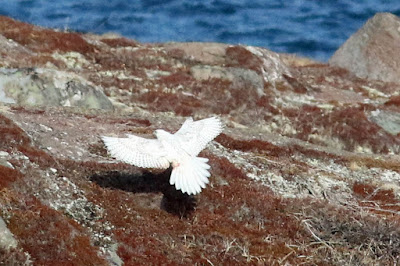 Nevertheless, it landed and sat looking at me and checking out its surroundings. 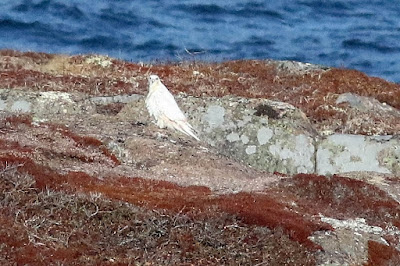 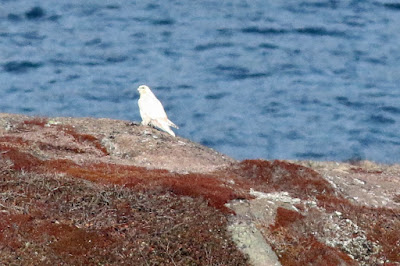 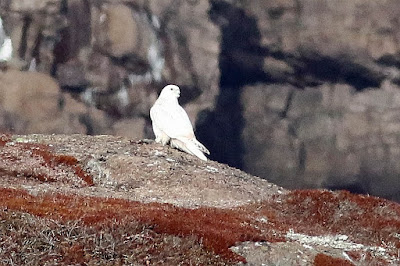 The small beak on this bird seems more grey than yellow, making me wonder if it is an immature. I just don't know enough about the species to know the difference. I stared as it lifted off and flew toward the gulch below the old lighthouse.  Surprising this beauty is still around. 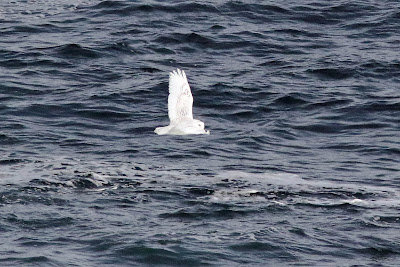 Not to be outdone, a Snowy Owl did put in an appearance below the lookout. It sat on a rock for a while before lifting off. 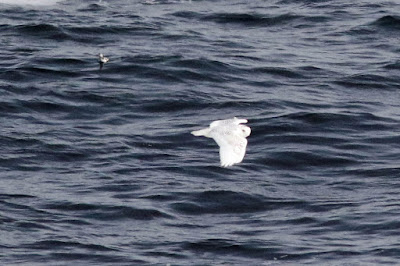 It flew off low below the rocks toward the gulch. Hmmm. Did these two stunners meet up out there somewhere?
Posted by Lisa de Leon at 12:16 PM