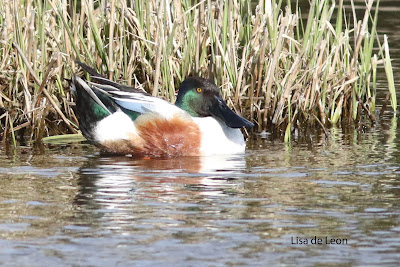 Yesterday morning, I scooted around town to try to see a few birds originally found by others. I was doing pretty good until I reached Lundrigan Marsh. 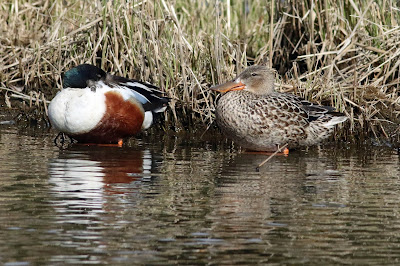 I was able to see one Lesser Yellowlegs, but only when it was spooked by the dozen eagles. Every time they shifted position the yellowlegs darted from one spot to another. One yellow legs was missing. Hope it wasn't breakfast for one of those very hungry-looking eagles. 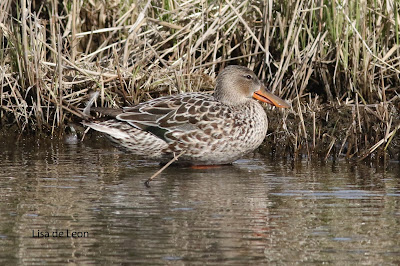 The ducks at the marsh were flying around all over the marsh and slipping out of sight into the reeds on the edge of the water. 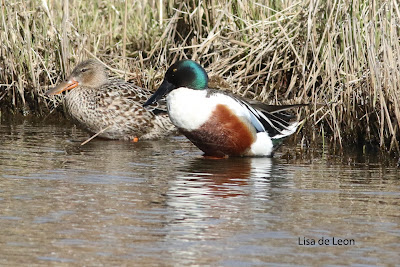 It was possible I saw a set of shoveler's in the area, but I left unsure. 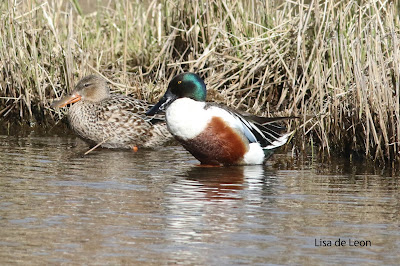 Moving on, I decided to check Virginia Lake. The moment I entered the trail to the beach, I spotted this pair of Northern Shovelers. Maybe this was the Lundrigan pair relocated to a quieter place. 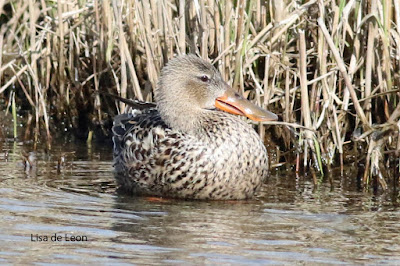 They were abiding, staying in the area, preening and settling in for a nap. 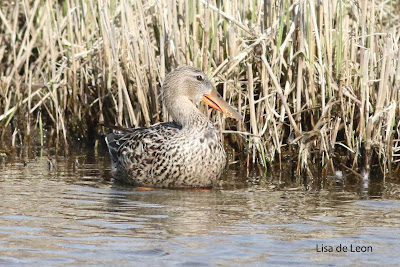 From there I walked Kenny's pond where I got an amazing look at a young eagle in hot pursuit of a Northern Pintail. The duck got away and the eagle left quickly. Birds were moving around enjoying the warm weather just as were residents of the city. Gotta love this warm spell!
Posted by Lisa de Leon at 9:17 AM