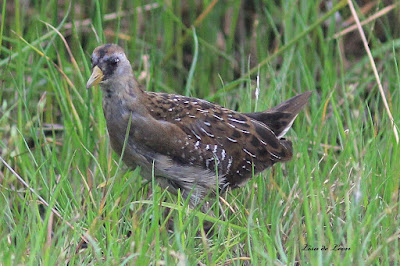 Seeing a Sora as well as this is very unusual. I headed to Virginia Lake this morning to check out Lancy Chang's reported sighting of a sora-like bird. 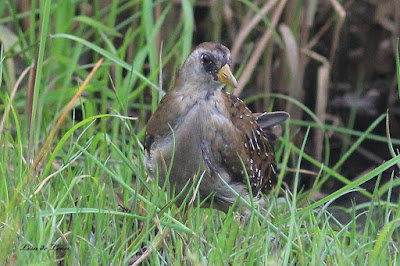 Arriving at daybreak was my strategy to try to hear and record the mystery bird. Obviously, I got up way before this bird. 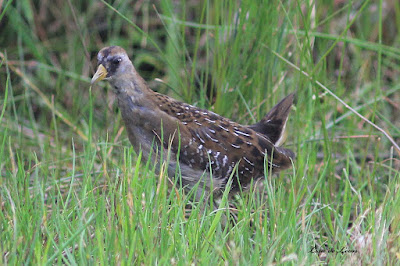 Over the next two hours I watched the Osprey fishing, checked out the 100 or so dabbling ducks, noted how the Mute Swan totally disappeared into the reeds. That made me think I didn't have a chance of seeing a small bird among the reeds. 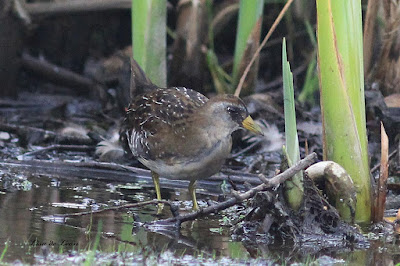 I watched and waited. Two Common Grackles flew by, a chattering Kingfisher flew up the river, a Sharp-shinned Hawk chased two Osprey,  two Tree Swallows made a brief appearance, 5 Yellowlegs showed up ( at least one of them was a Lesser Yellowlegs), six Pine Siskins flew over and a few warblers darted over. No Sora. 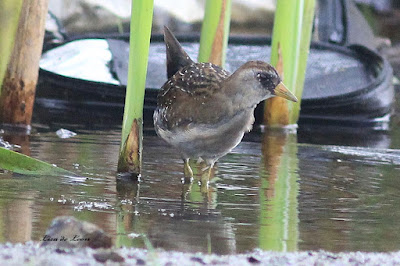 Around 8 a.m. Ethel D. showed up, and we both stared into the reeds. Then, without notice a flash of a small bird flew from a reed island into the cover of the reeds alongside the river. Whoa! What was it? Not a chance of getting any detail. 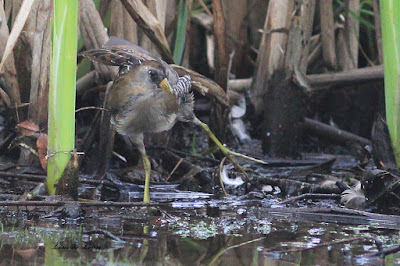 Within five minutes, a healthy-looking Sora began to show itself better and better. It would come out of the reeds and go back in. 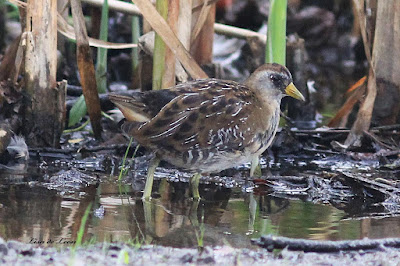 It flew short distances to nearby reeds.  It was so interesting to watch this bird for a long time. One of its amazing behaviour is how it just springs into the air. 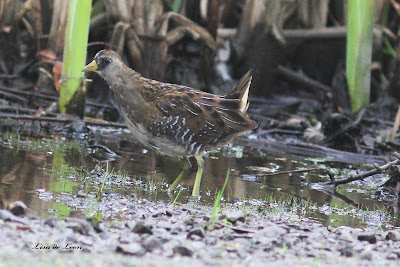 This bird springs into the air so fast and flies so fast that it was impossible to even hit the shutter button before it has landed. 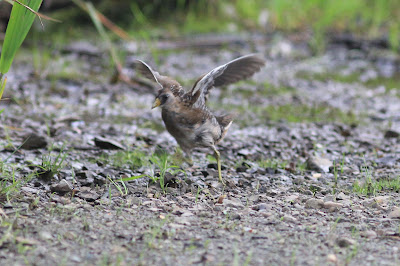 As hard as I tried, this was the only (very blurry) image of the Sora lifting off. This viewing experience is much, much better than only hearing a Sora at Lundrigan's Marsh. That, of course, makes you wonder if this is the Lundrigan bird.
Posted by Lisa de Leon at 11:38 AM