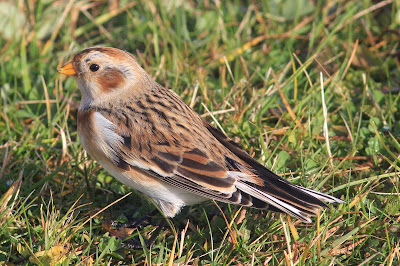 Over the last month I have skirted around St. John's and area on several occasions. On most every outing I saw something worthy of mention. It is always nice to see the Snow Buntings return to Cape Spear. Also, in small numbers, are the Purple Sandpipers on the familiar rock formations. 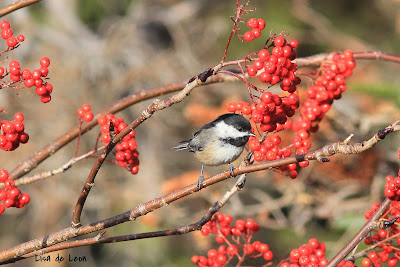 It is impossible to not notice all of the Dogberries in the woods this year. It is particularly delightful when a small bird perches on the berry-laden branches. 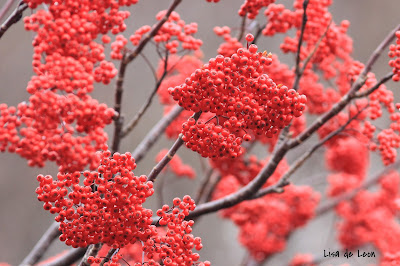 Watching the berries in my back yard, I have been surprised to see several different flocks join the typical "gobbler-starlings. This year, I have had flocks of crows devour loads of berries. Less indulgent have been flocks of Dark-eyed Juncos sit for long periods of times taking their time with one berry at a time. Oddly, I still have berries on the tree and am watching to see what else might show up. 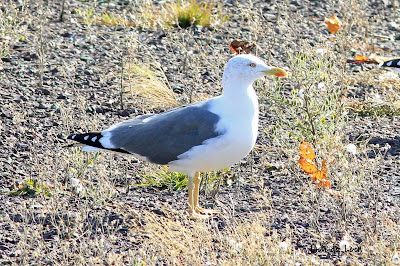 The Yellow-legged Gull has been around the fields in Pleasantville most of the month. The best time to see it is in the early morning. 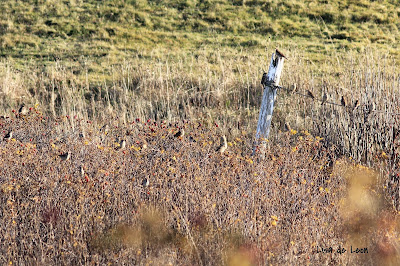 There is a large flock of about 50 House Sparrows in Pouch Cove I have been monitoring. I keep thinking something else might join up with them....like a Dickcissel or a Tree Sparrow. 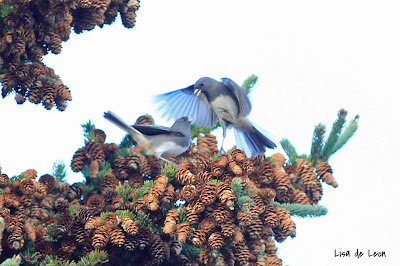 This tree shows an abundance of cones. There are numerous cone-laden trees in the area, but there are also many empty ones. It was nice to watch this pair of juncos seemingly fight over the many cones. 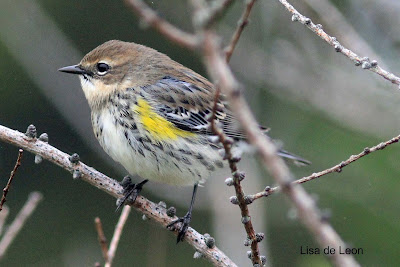 This was the last Yellow-rumped Warbler I saw this year, nearly two months ago. A few nice warblers have been reported recently in the St. John's area. Not many lingered this year. Who can blame them? 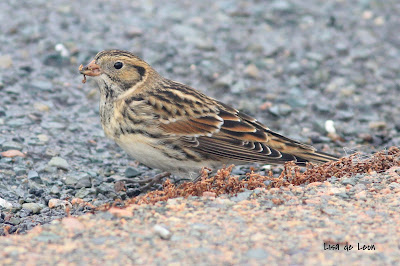 An annual "given" is the appearance of Lapland Longspur at Cape Spear. This one seen on November 7 was the last one seen there. 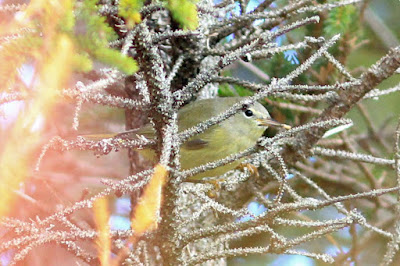 This does seem to be a fruitful year for Orange-crowned Warblers. About ten of these birds have been reported. 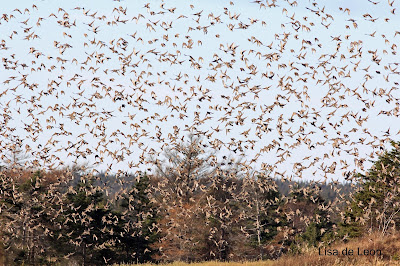 Each year European Starlings gather in Goulds. I came upon this flock last week in a field. Having been taught to look over starling flocks for blackbirds that may have joined their flock, I tried to scan this one. Then, they lifted off. 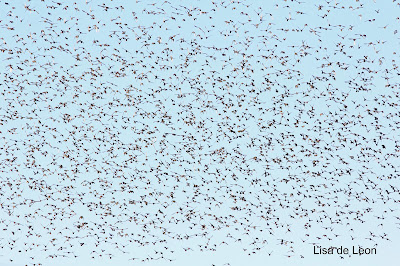 There was no way to look them over, even with clear photos. It was just too many. Keep in mind, too, this flock shot was taken with a 300 mm lens that was unable to take in a wide-angle view. There were many, many more birds than shown here. 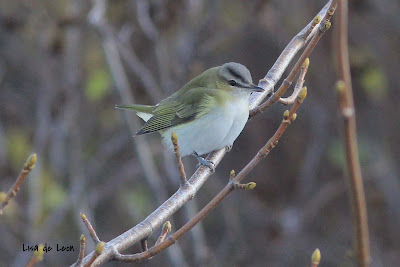 The last Red-eyed Vireo was seen along side the road in the area of Shea Heights. This bird was seen on November 6. 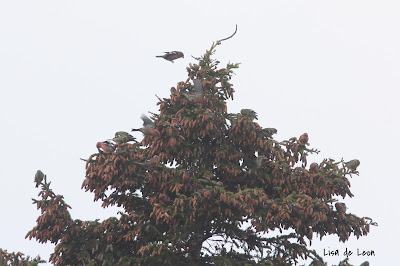 A sight not seen for several years has been multiple flocks of White-winged Crossbill. How nice to see them back again. Now, word has it Common Redpolls are moving across the island toward St. John's. Can't wait as it has been several years since numbers of redpolls have been seen here. 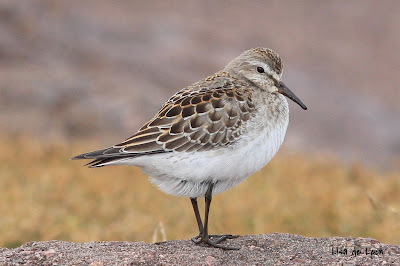 This stately White-rumped Sandpiper is a straggler that has been hanging out at Cape Spear. It seemed healthy, and I'm sure it has moved on.  While I have seen nothing wildly exciting of late, I have certainly been engaged with the birds I have seen.
Posted by Lisa de Leon at 10:11 AM