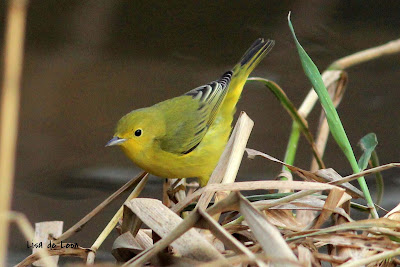 These little birds shouldn't be here, but there is no mistaking it....they are. This bright Yellow Warbler showed up at one of the most productive winter birding spots in St. John's...Kelly's Brook. Just up the brook there was a Wilson's Warbler. Unfortunately, it stayed low and shielded by the brush all of the time I was there, so I have no picture. 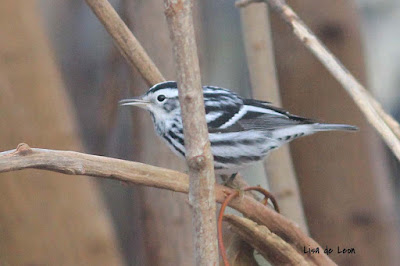 These three buddies showed up at a cemetery in the west end. Despite the plentiful food provided for them, they were all foraging the natural habitat on the "warmish" winter day I saw them. 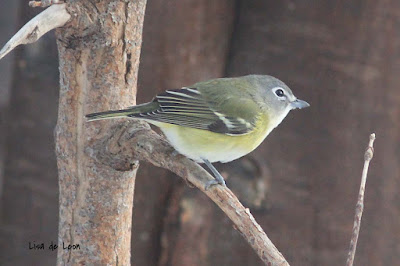 In the early morning hours the cemetery was very quiet, not even a breeze to disturb the silence. In a compatible manner, these three (Black and White Warbler, Blue-headed Vireo and Pine Warbler) flitted around high in the tree tops and low on the ground. It would have been so easy to miss them as there were none of the more boisterous juncos or chickadees about. 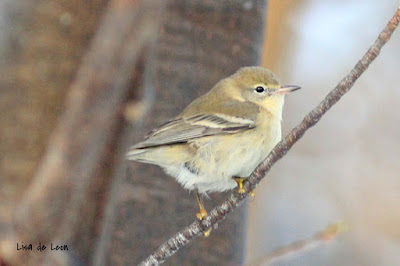 It was critical to watch for small flashes of movement. I stood and watched these gentle creatures for more than half and hour. I kept thinking there should be an Orange-crowned Warbler with them. Well, not yet but the winter weather is just getting under way.
Posted by Lisa de Leon at 11:15 AM