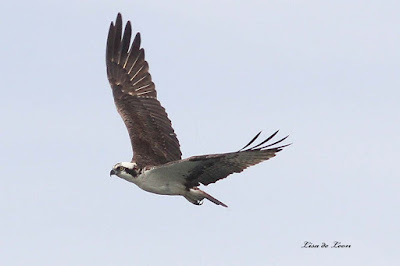 Most Avalon birders make at least one annual  trip to Bellevue Beach. Typically, it is the shorebirds that draw the traffic. On occasion there are also special gulls stopping by like the Little Gull recently found by Ed Hayden. 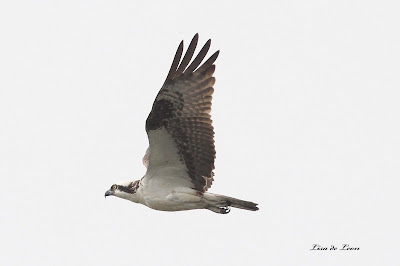 Yet, there is one mainstay that never fails to put on a spectacular show...the Osprey. It was in August that C. Barrett and I sat back and watched the amazing behaviour of this summer raptor. 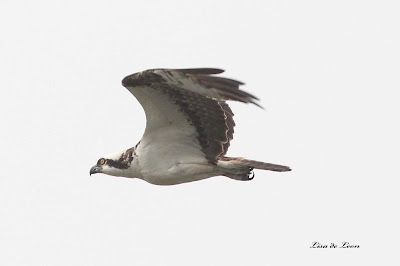 There are often as many as ten Osprey working the waters for a good meal. They spend a good while hunting, flying by and scouring the water for the desired flatfish. 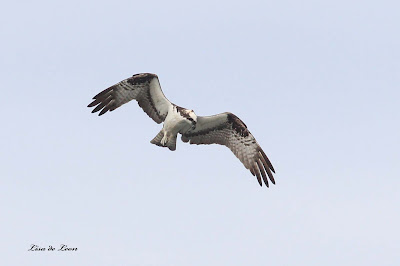 Once decided on a target, the Osprey hover over the spot. Sometimes they change their minds, and sometimes they set up for the catch. 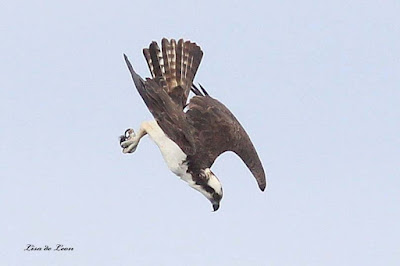 Folding their wings up, they dive with tremendous power into the water. (It actually looks like this one already has something in its claws. I have no idea what that might be.) 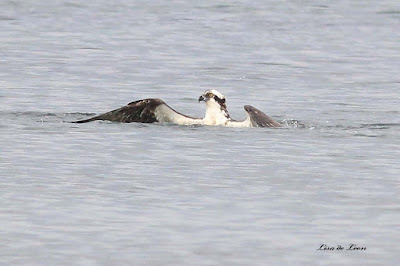 Hitting the water with great force, it takes a moment before the head emerges from the water. Probably manipulating the fish under water, they prepare for the lift off.. 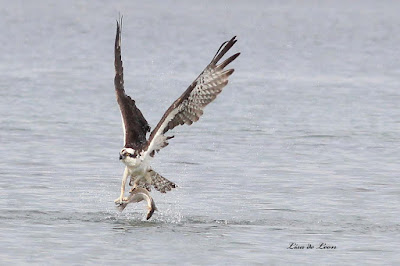 Then, "up she comes" gripping a flat fish in her talons. 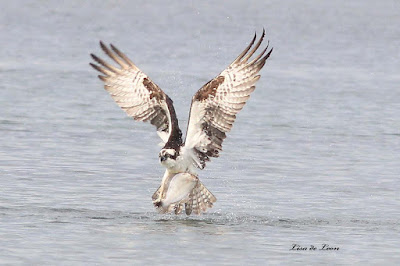 She starts off slowly, securing the grip on the fish. All the while she is lifting off, she is also adjusting the fish for the flight. 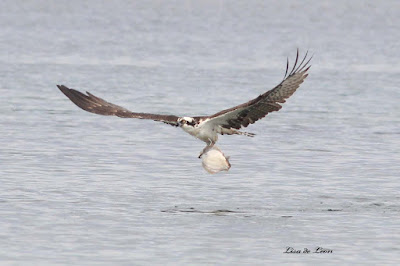 The ultimate lift-off is smooth and focused. 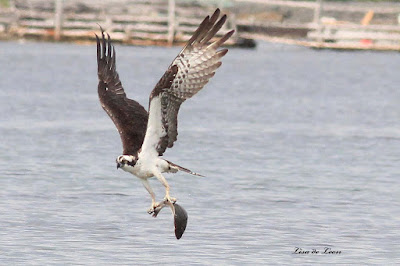 The fish flips around, but I have never seen an Osprey drop one. 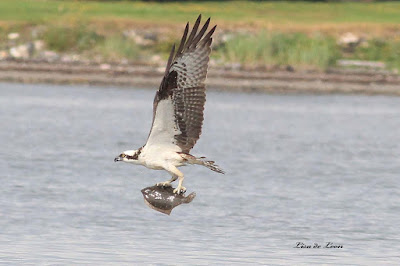 The final maneuver sees the Osprey turns the fish so that it is facing forward for the flight. I assume this is an aerodynamic move. Away she flies to a comfortable place to dine on her catch. 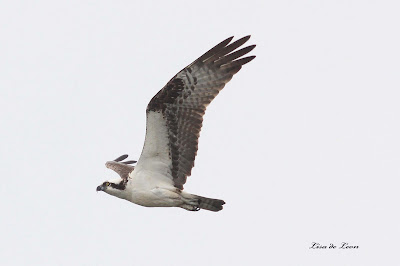 No sooner is one Osprey gone before another flies in and begins the hunting process. It is impossible to look at anything else as this action unfolds. What a magnificent bird!
Posted by Lisa de Leon at 8:15 AM