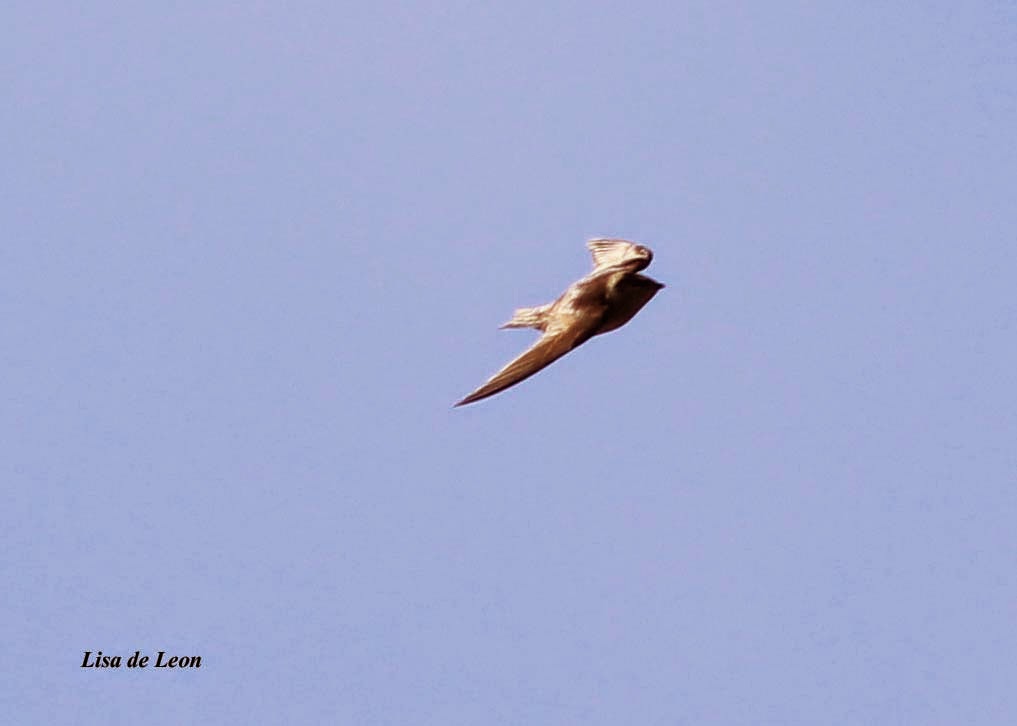 The direction of my day changed as soon as I opened the nfBirds this morning and found that Brendan Kelly reported finding a Purple Martin on the East Coast Trail near Witless Bay. The day was sunny and one of the warmest we have had so far this Spring, so there was no excuse not to go.

That section of the trail is one of the nicest, and I looked forward to it. The first half km was good going, a bit damp but no snow. The second half of the distance to "12 O'Clock Beach" got worse with every step. I made it very close to the beach, but the last slope up was formidable. I attempted to climb it, but when the branch I was holding to pull myself up snapped, I nearly catapulted to the bottom of the icy incline. That was it....I was not going farther. I settled down on the hillside and stared longingly at the point that blocked my view of the destination and looking with disgust at the glassy trail. After half an hour, I spotted two swallow-size birds go into a tree at the distant point. Too far to see with binoculars, I just stared. Then, to my surprise one of them flew off and in my direction. My camera wasn't even turned on. I scrambled to get it ready as I stared at the Purple Martin. It was sheer luck the bird came to me AND to get my camera up just in time for a shot. Then, it was over. I waited another 20 minutes or so hoping for a repeat performance, but it didn't happen. I headed back down the slippery slopes where I found Ed Hayden heading up. From his report, he made it to the beach and had very good views of the active bird. The second bird? I don't know, maybe it will appear for others heading that way.

There were a few small birds along the way, including a Fox Sparrow.
Posted by Lisa de Leon at 1:16 PM