What is the prey? 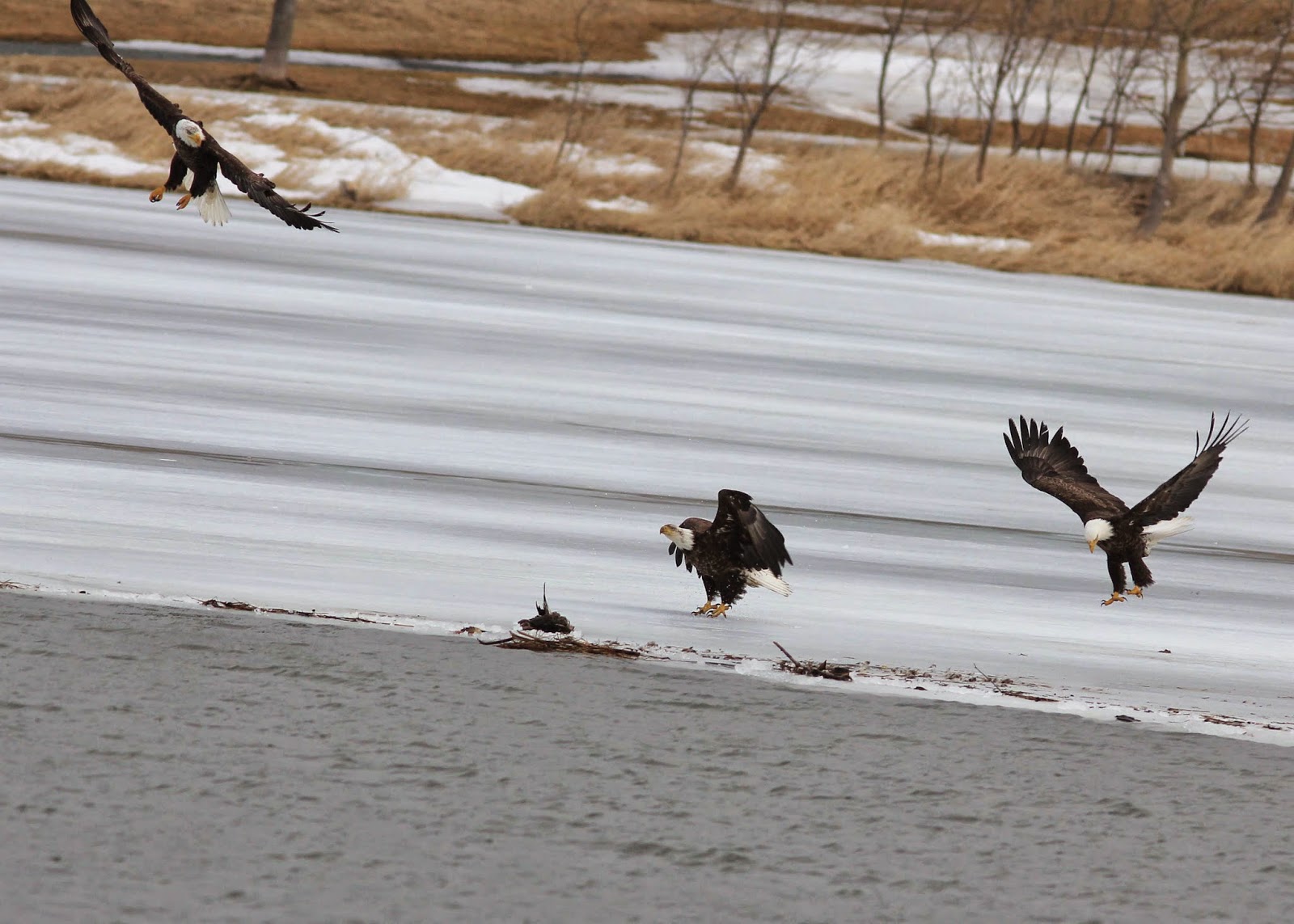 The presence of Bald Eagles at Quidi Vidi Lake on Sunday morning is as regular as the church bells that ring throughout the city. This morning was no different. 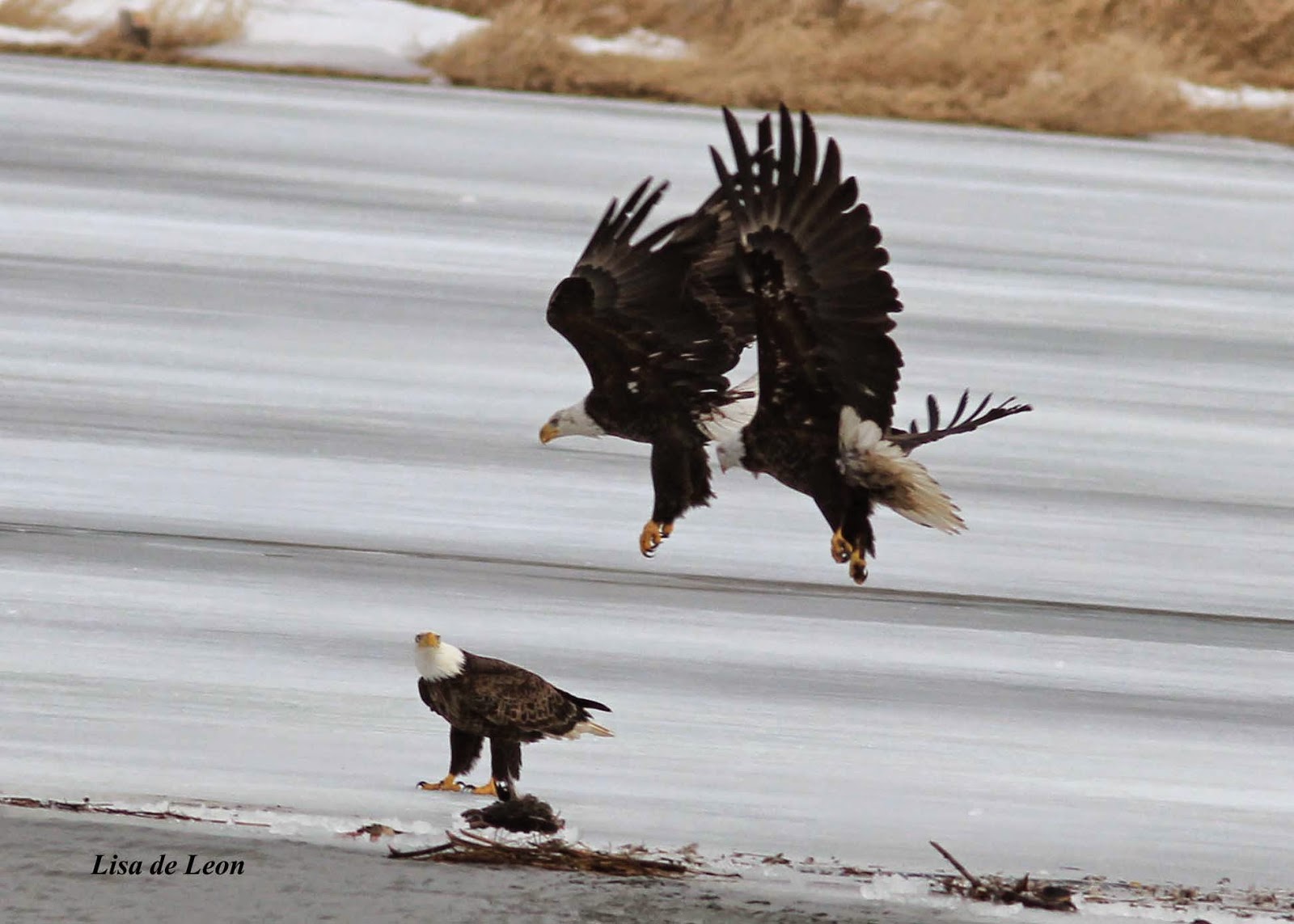 A total of seven Bald Eagles took over the ice. Among them were three adults tussling over a fresh kill. I arrived just moments after the grab near the boathouse. Two freeloaders swooped in hoping to enjoy some of the spoils. 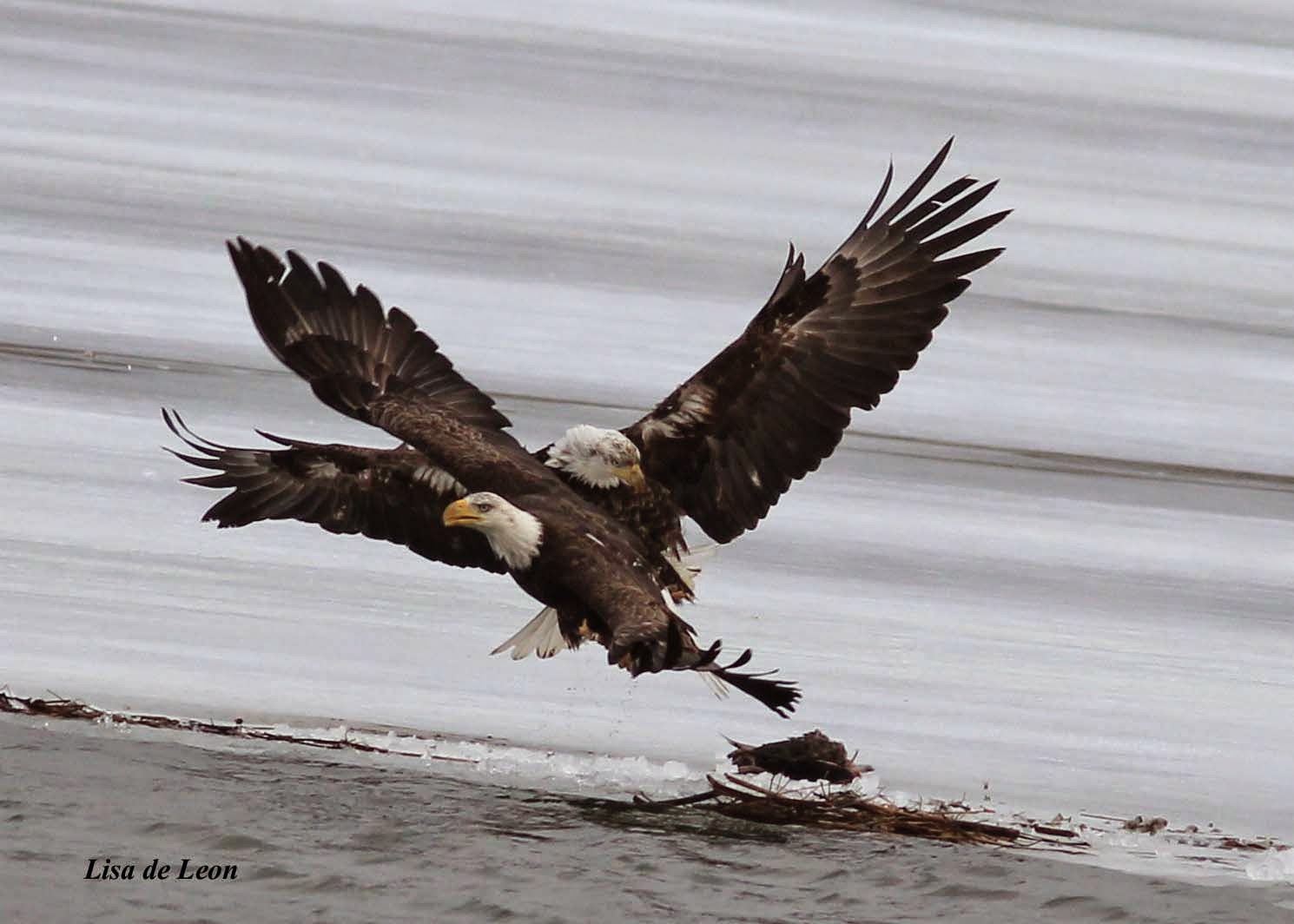 The successful hunter was not going to let that happen. It fearlessly took on the other two eagles and retook control of its kill. 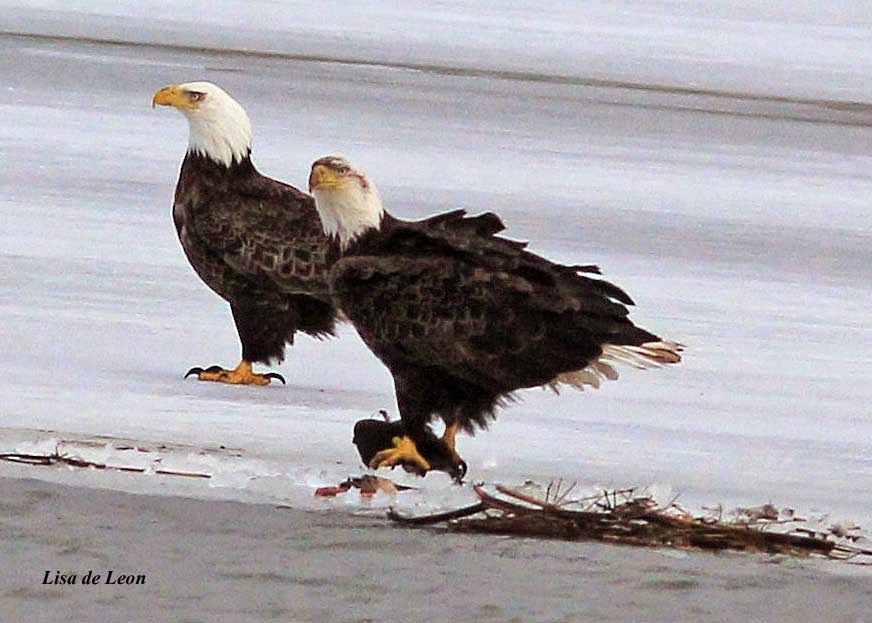 While the show was spectacular, I was curious about what type of bird had been felled. Being too far away to get great detail in an image, I have to make do with what I have. 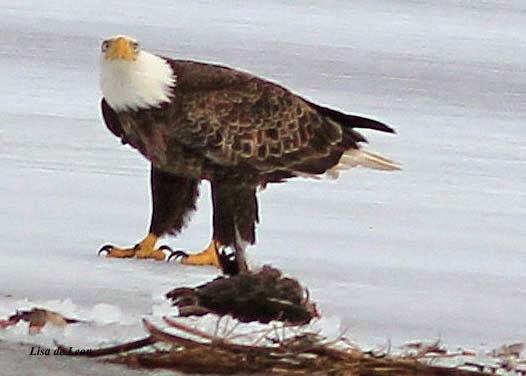 The bird is small and all dark, seemingly brown. My first thought was a female diving duck. However, I don't see any white on the bird, except a narrow band around the beak. The eye is bright. 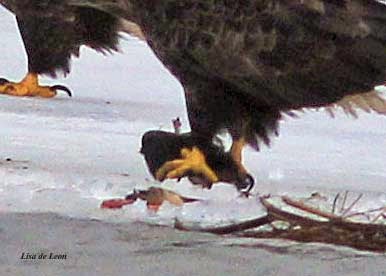 I then began to wonder about a pigeon, but the feet look like a duck. 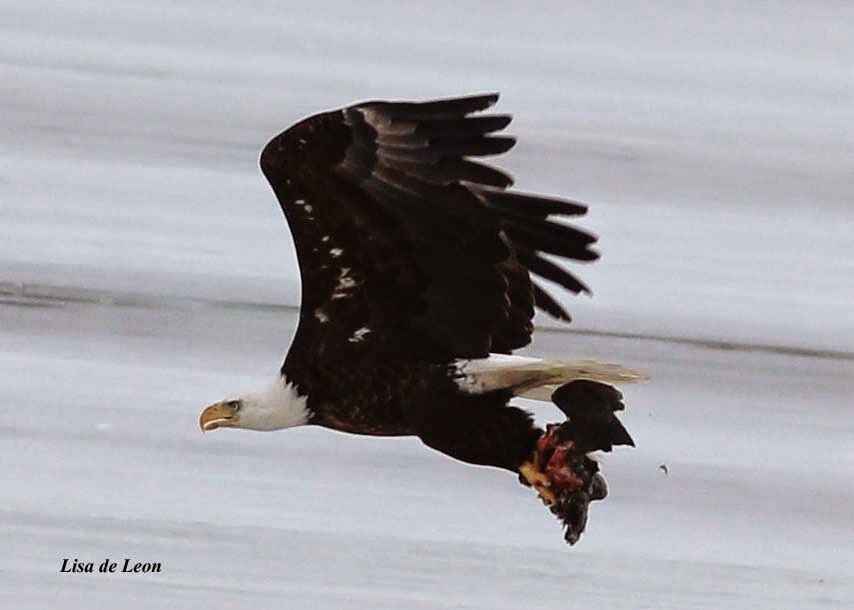 I watched while the eagle took off with its treasure, and I still have no idea what bird it killed on the lake. 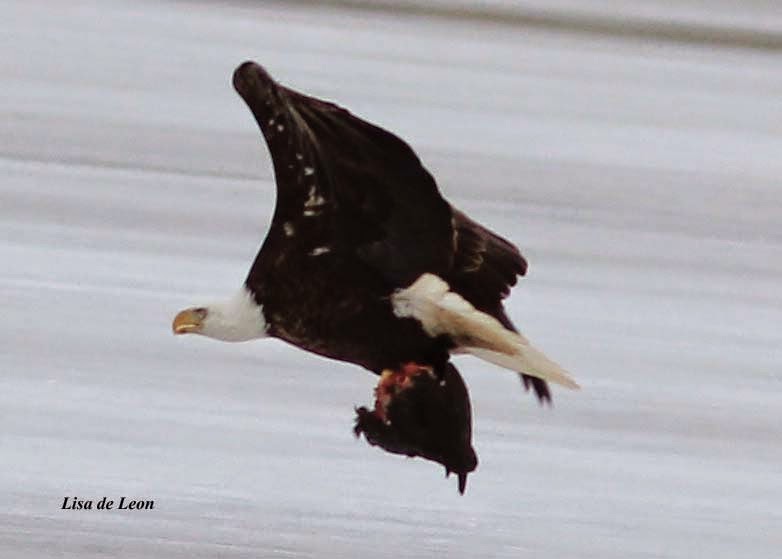 Is it possible there was a lone rare bird, and it had the misfortune of being too slow?
Posted by Lisa de Leon at 5:35 PM