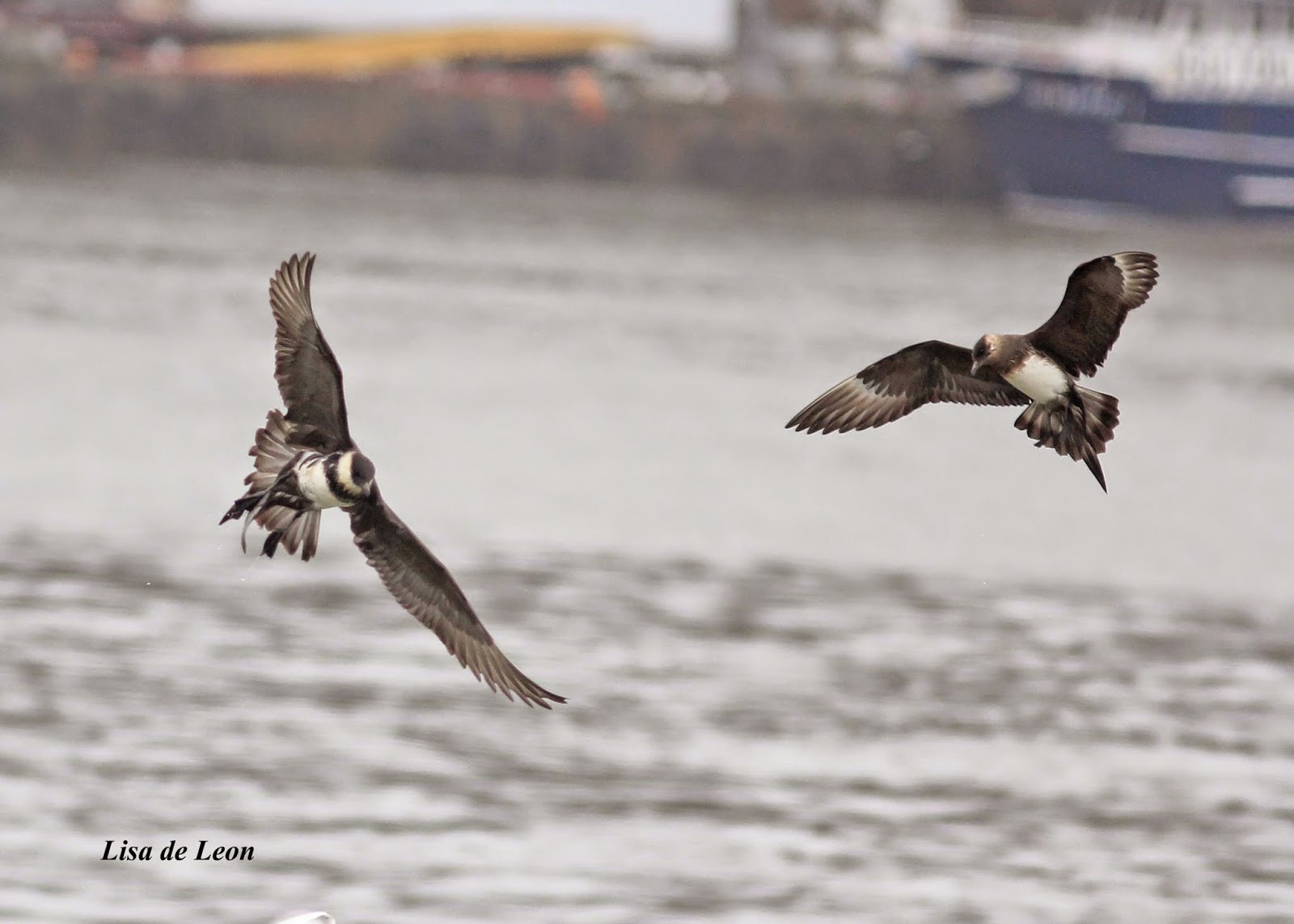 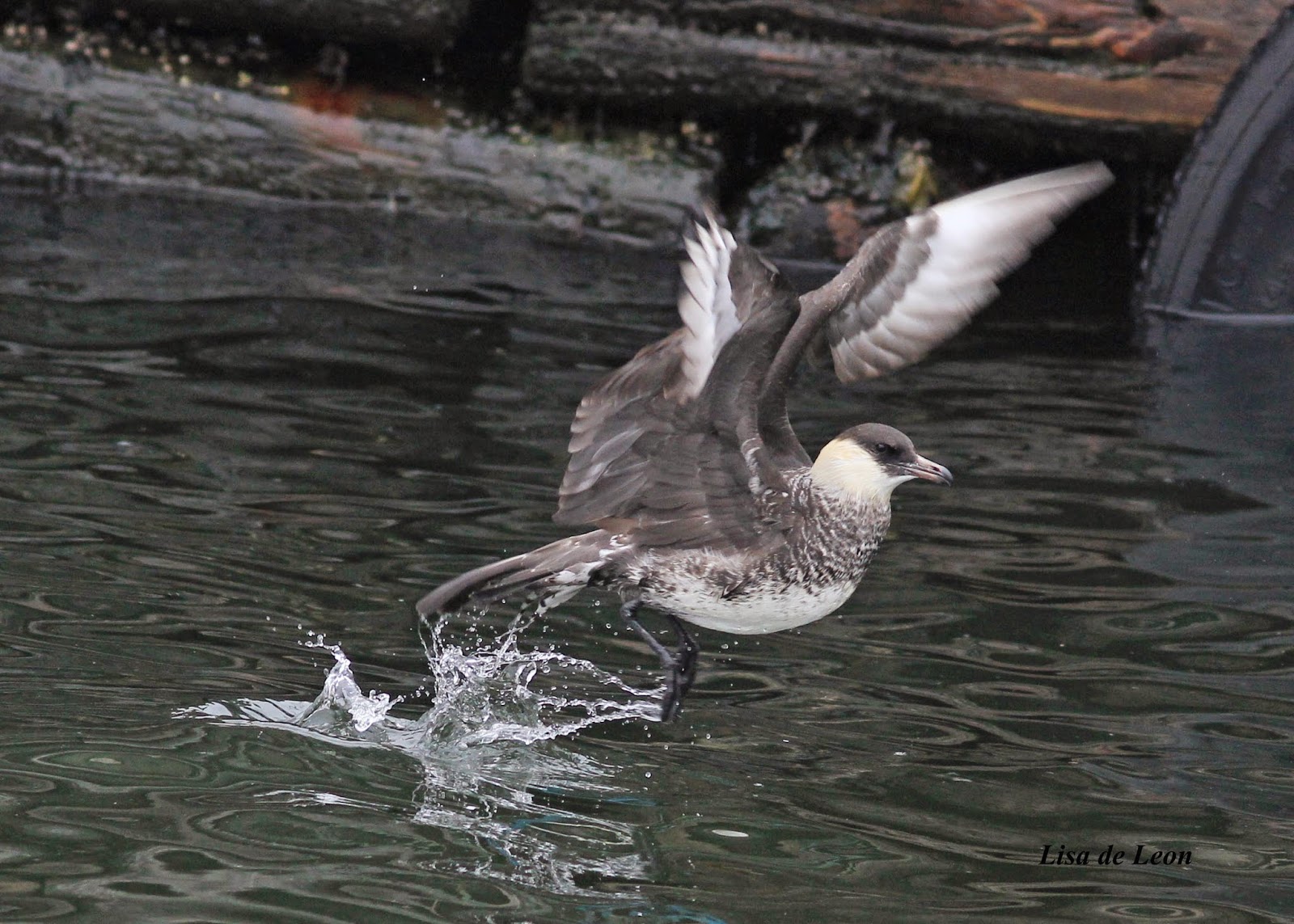 It seems this rare appearance of jaegers made me a little trigger-happy with my camera. However, that is okay, because this may never happen again. This first shot shows both a Pomarine and Parasitic Jaeger. How special is that? 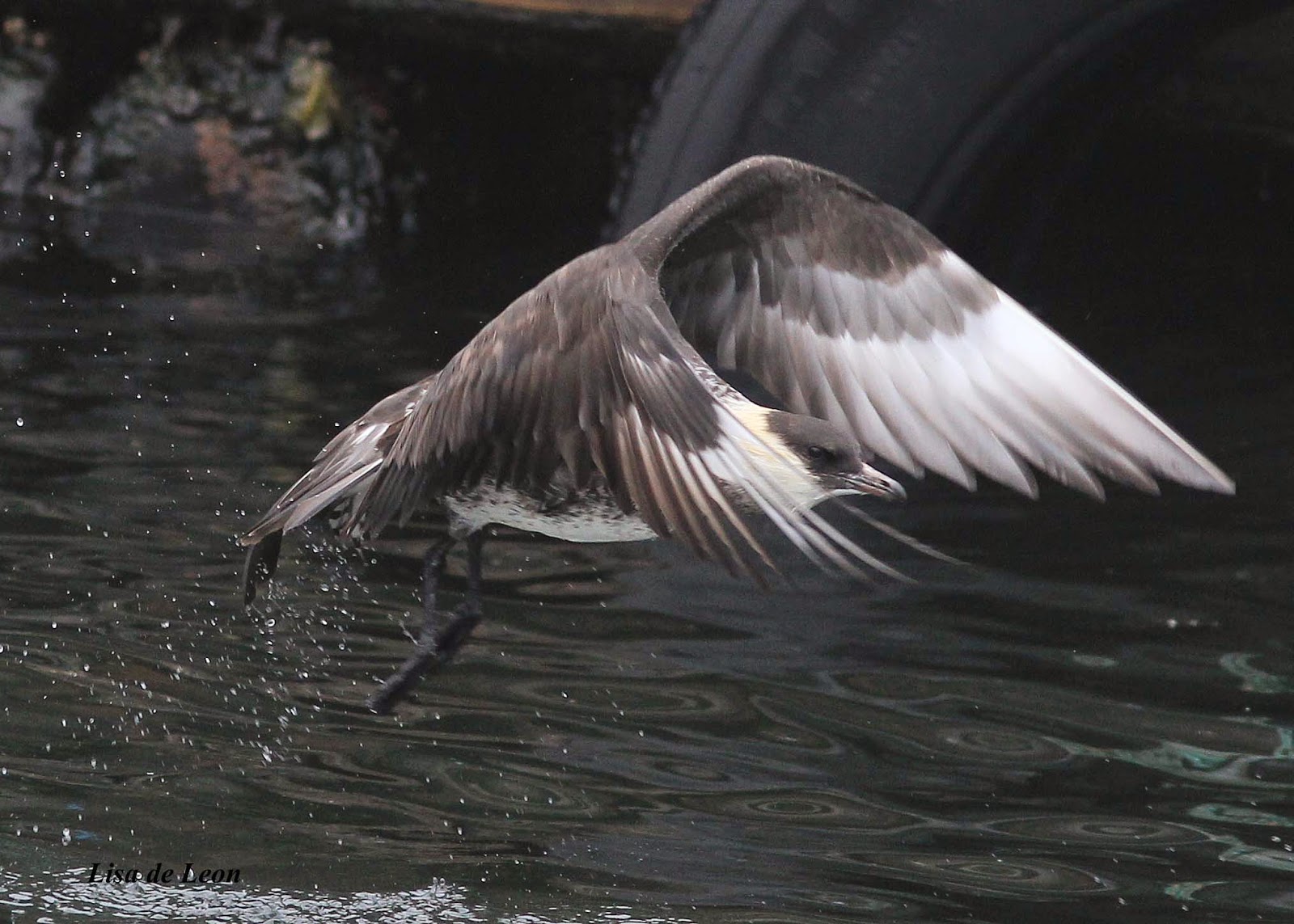 While I have seen jaegers at a distance at Holyrood during some pretty strong storms, this is my first opportunity to really "see" them. 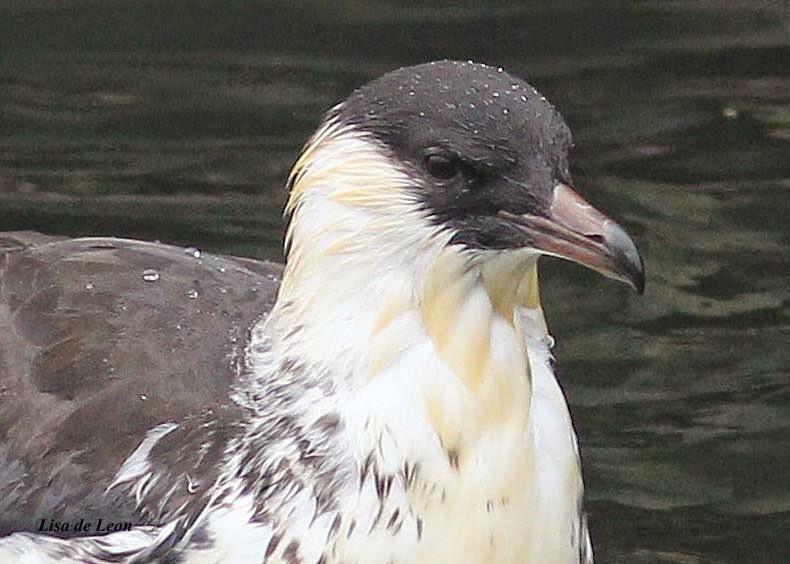 My first close-up glimpse was at the dock in Witless Bay where an adult and sub-adult were feeding near the fish plant. Note the lid-nose which is different from tube-nosed seabirds. There is a sheath that covers the base of the bill. 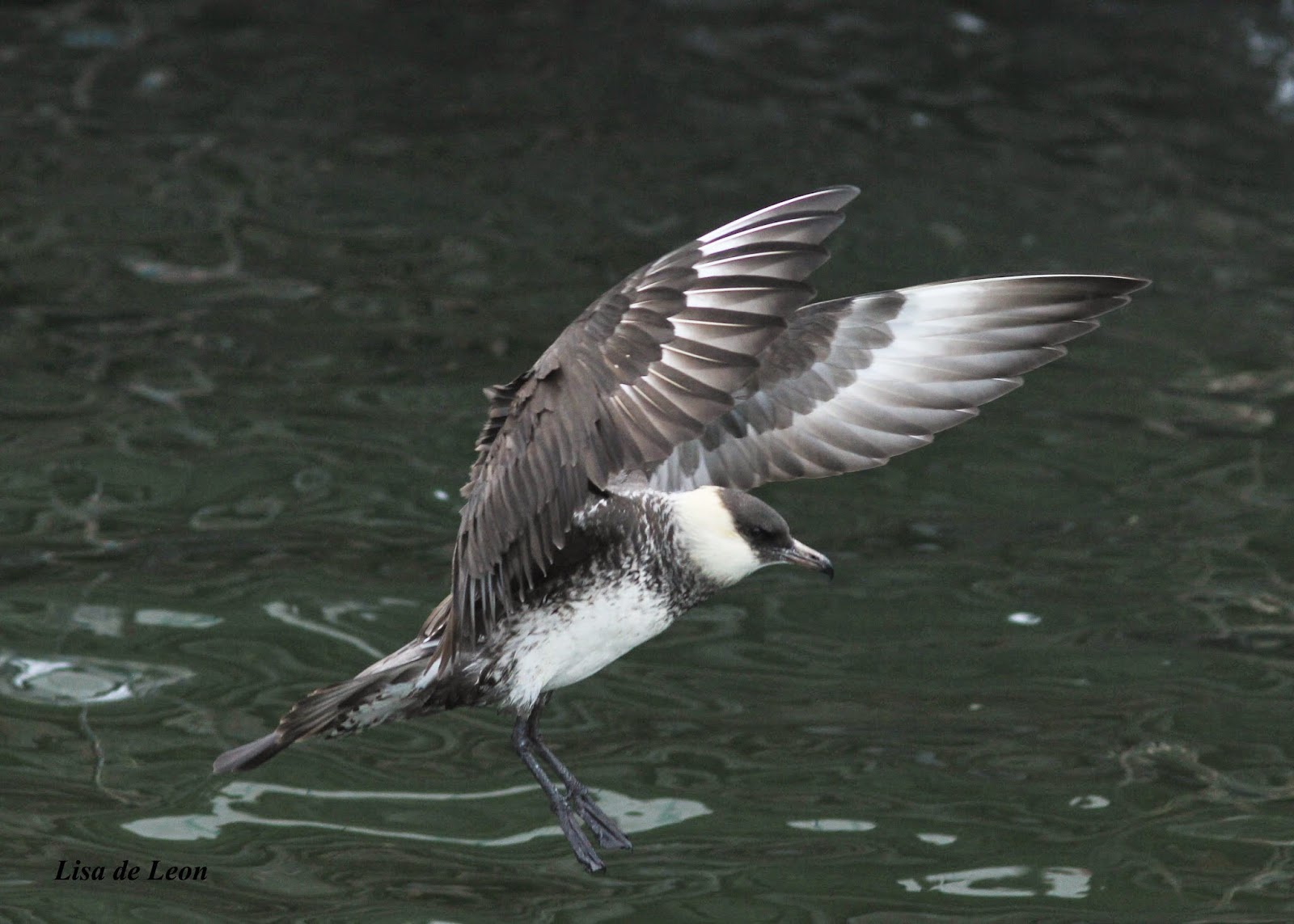 I can't imagine the feeding experience was fulfilling as they typically feast on larger prey such as small birds, fish, rodents or whatever they can rob from gulls. 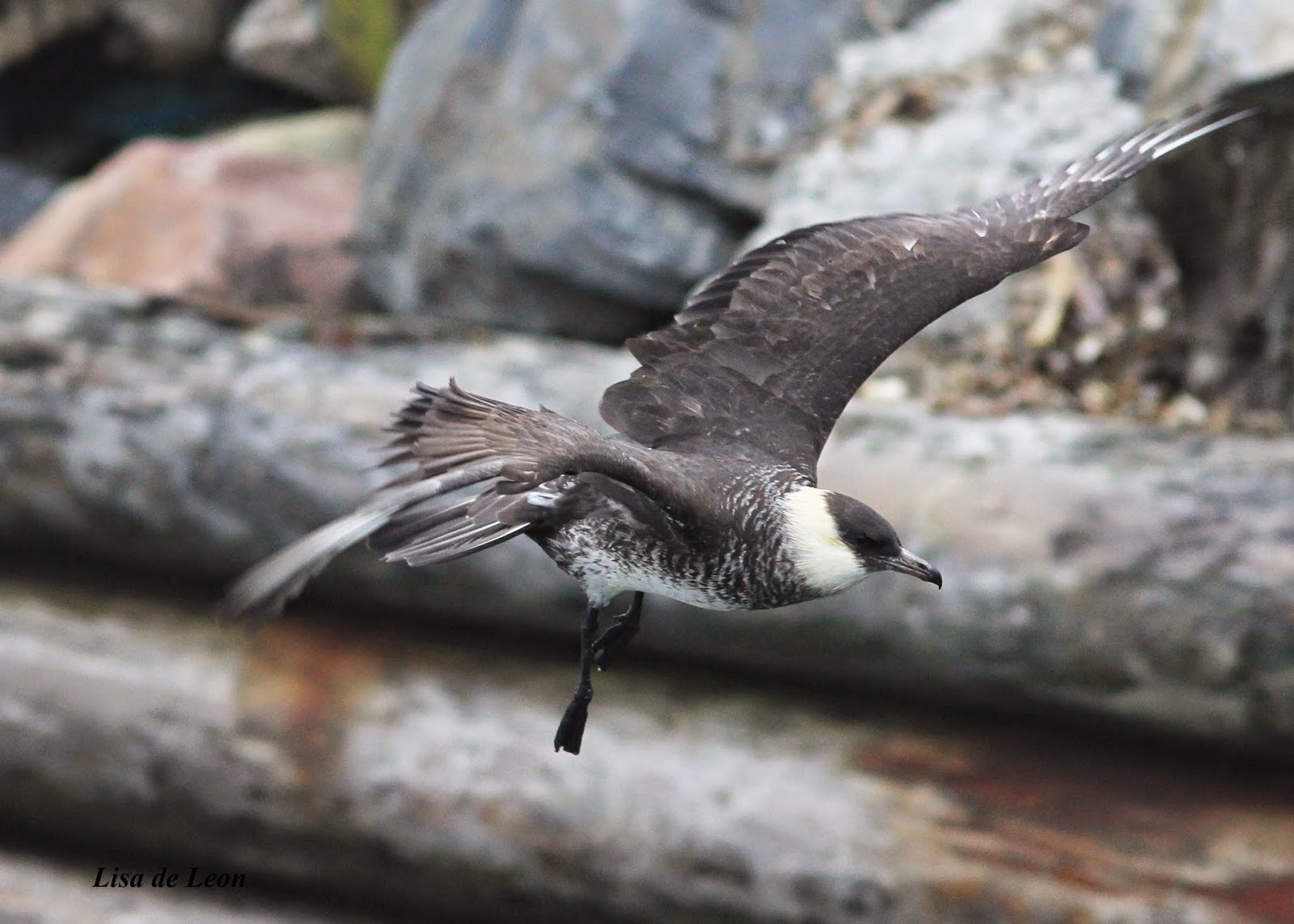 The name jaeger (pronounced yager, with a long a) comes from a German word meaning "hunter." Parasitic is the name given to one of these jaeger species because of its thieving nature to live off another bird's hard work. They will often harass other birds until they drop their catch and then swoop in to collect it. 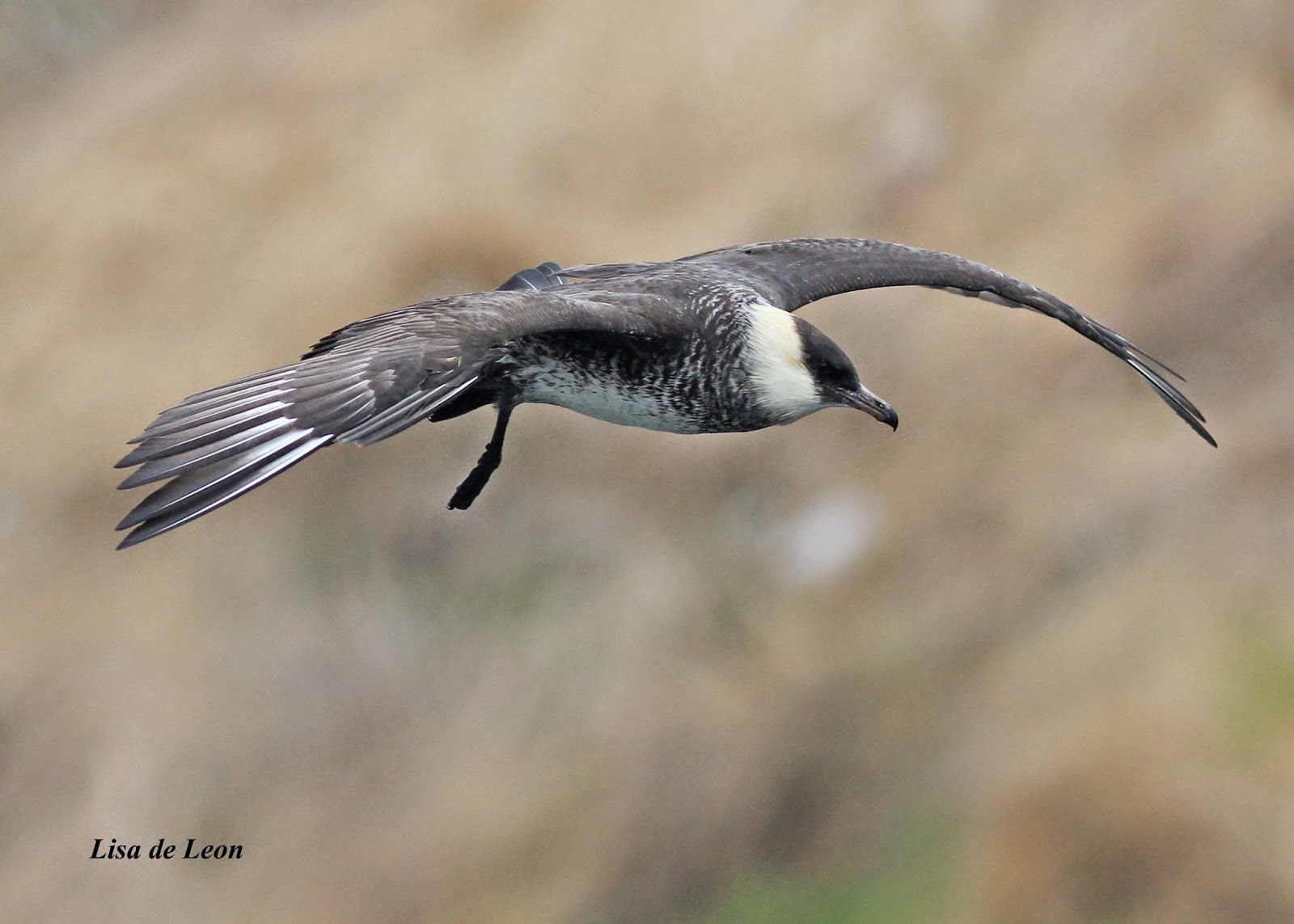 The Pomarine Jaeger seen here is the largest of the jaeger species. This bird is also referred to as Pomarine Skua, fitting as they are a member of the skua family. It is also known to catch more of its own food than its parasitic cousin. 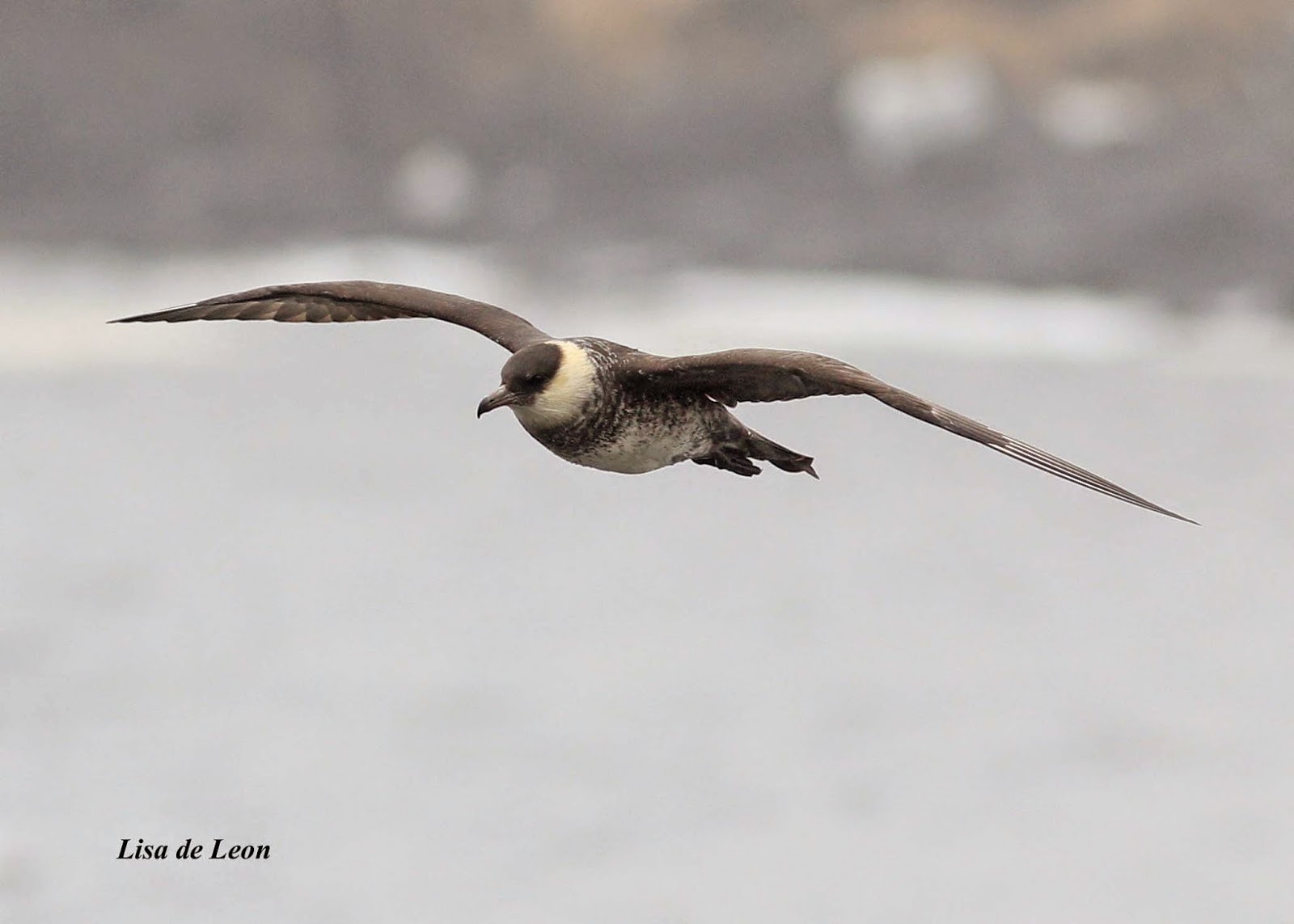 The presence of these birds hanging around on-shore is unusual and provokes numerous questions regarding this strange phenomenon. As many as 20 have been reported. 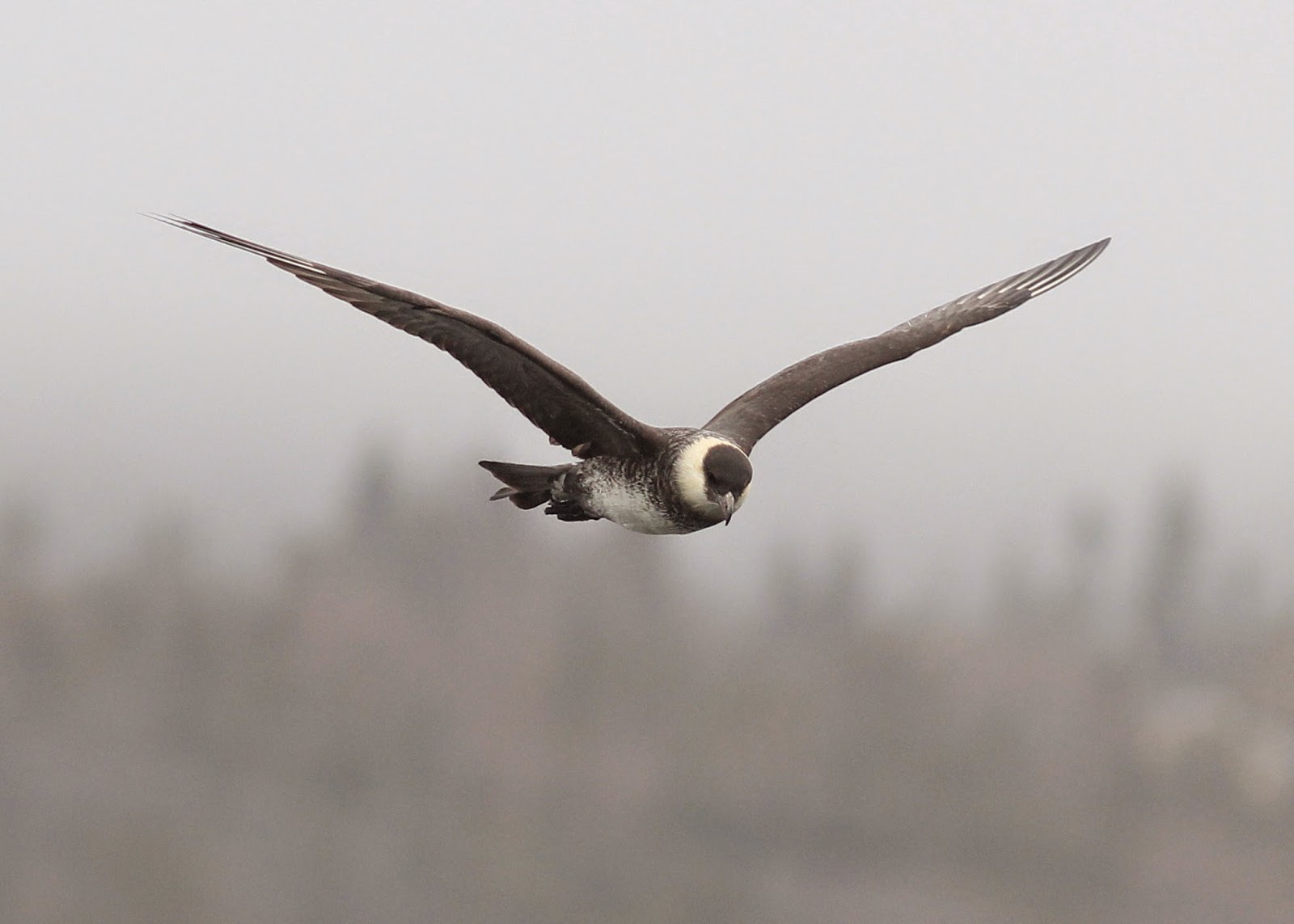 Whatever the cause, these birds have been received with open arms by the local birders. So far, they have been here for four days. Will they feed-up and move on? 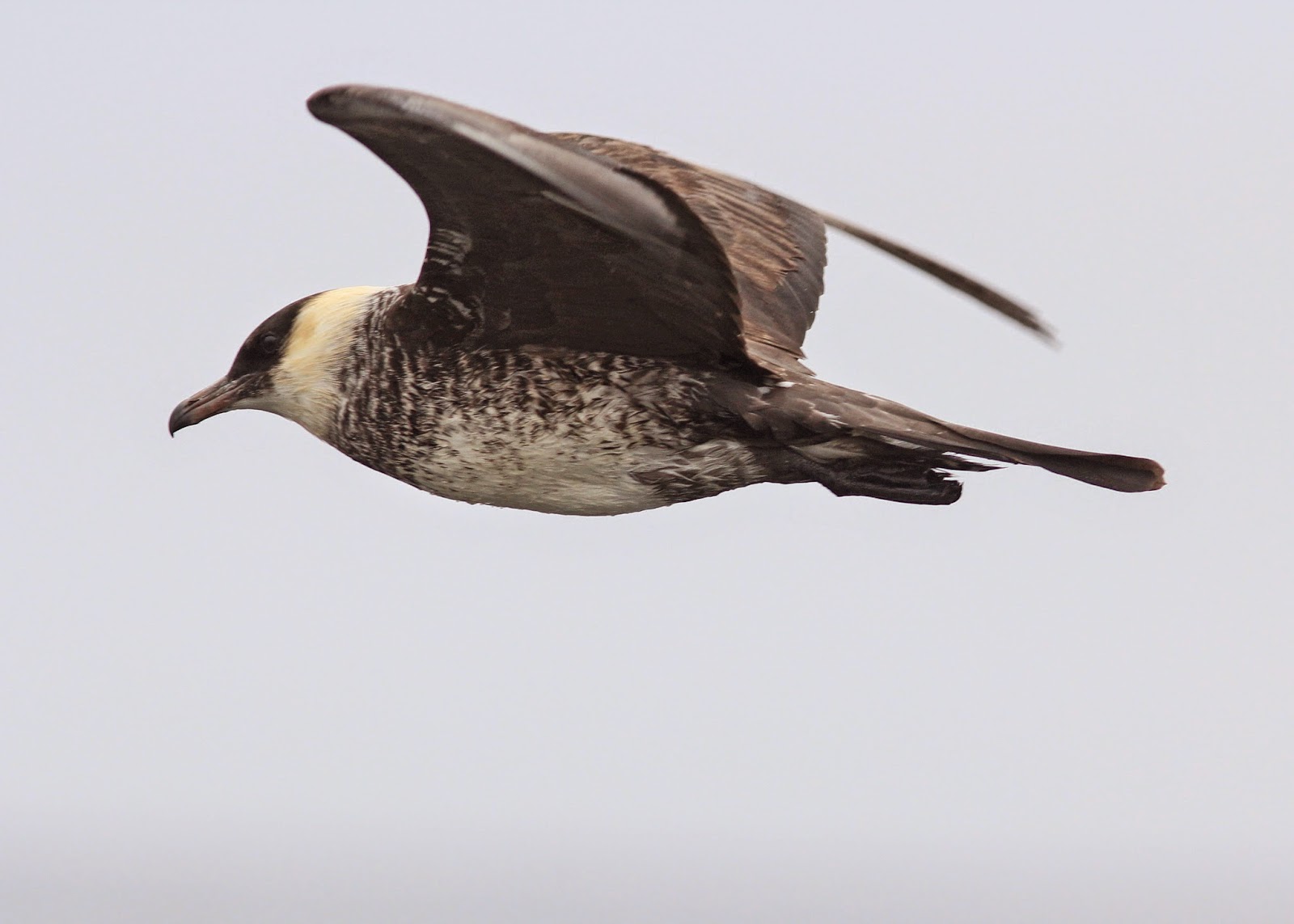 There are those in the field who are working to figure out this oddity. Let's hope they can come up with a reason to advance our understanding of these birds. 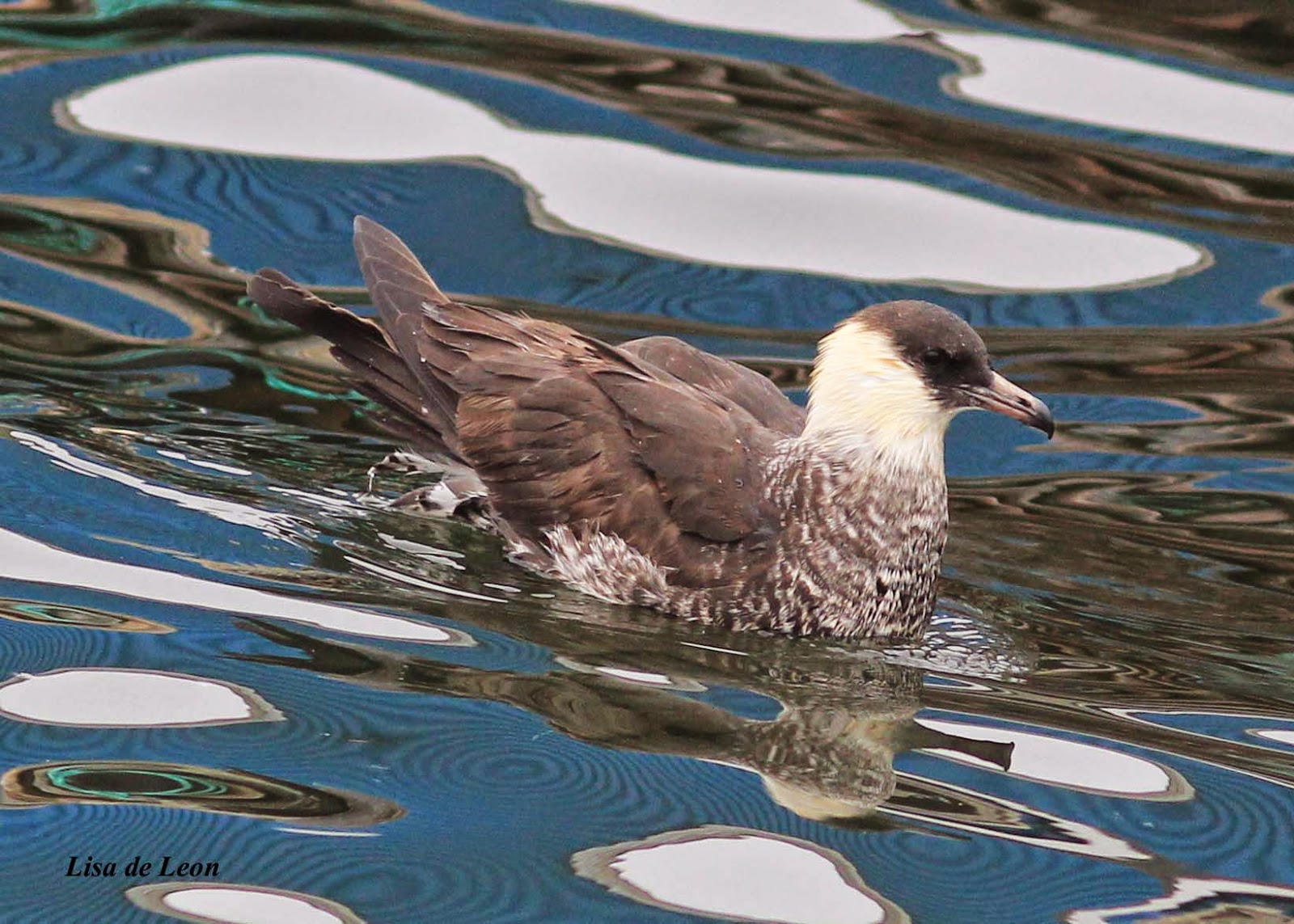 In the meantime, it is what it is! They are here, and we are enjoying them. 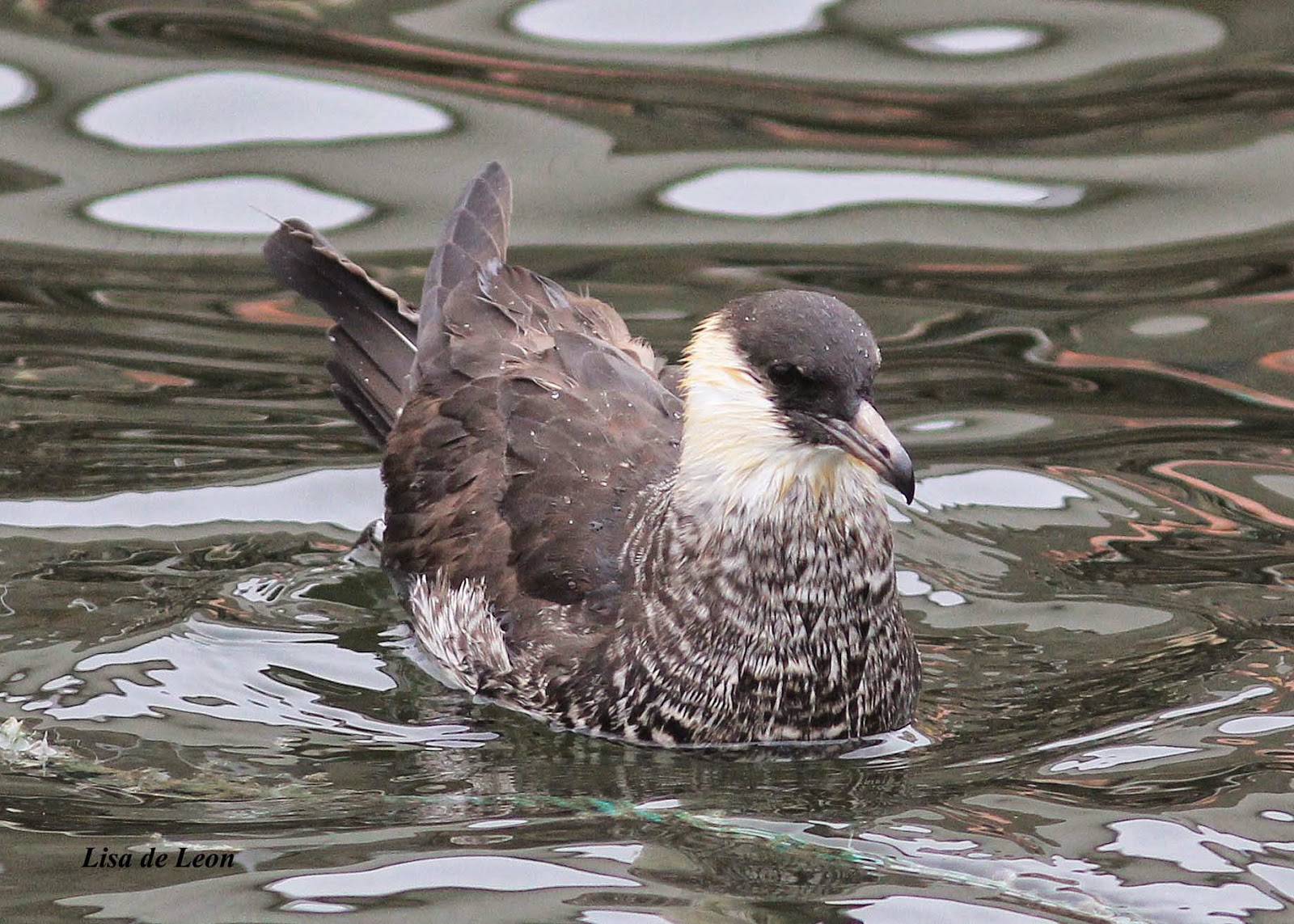 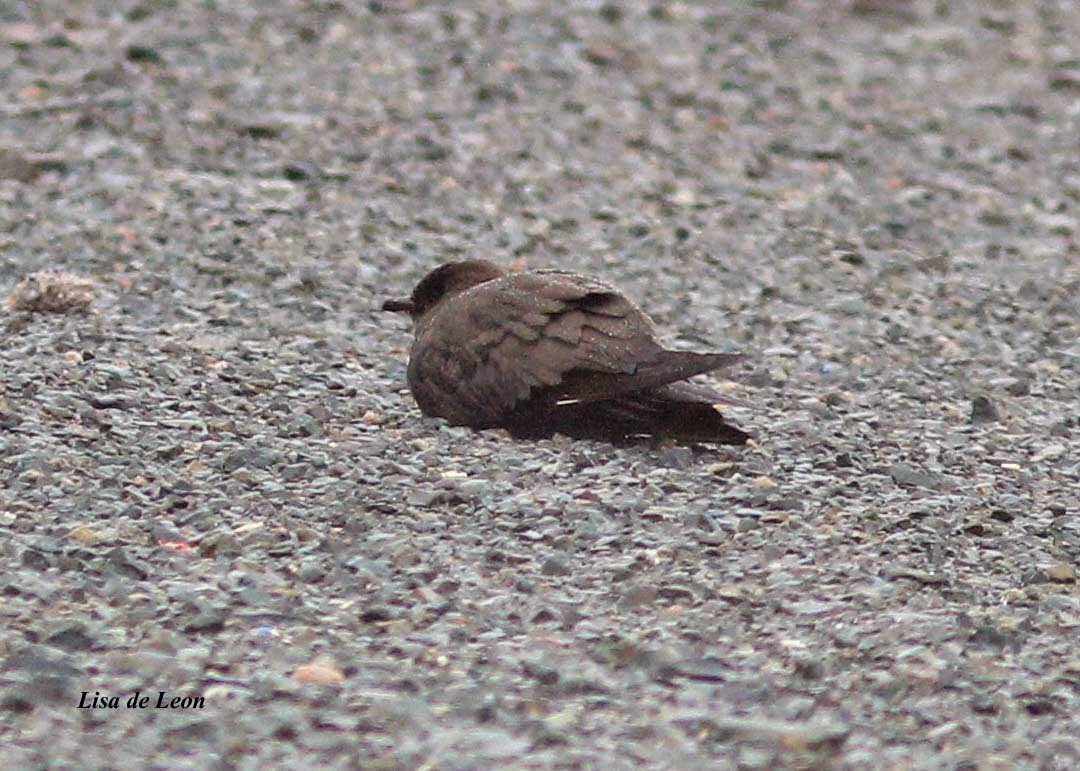 I was unable to view the Parasitic Jaegers as well as the Pomarine as they have come ashore at a pier in St. John's that is secure. The only chance to watch them is at a distance and through a chain-link fence. That seems like such a senseless waste for this rare opportunity. 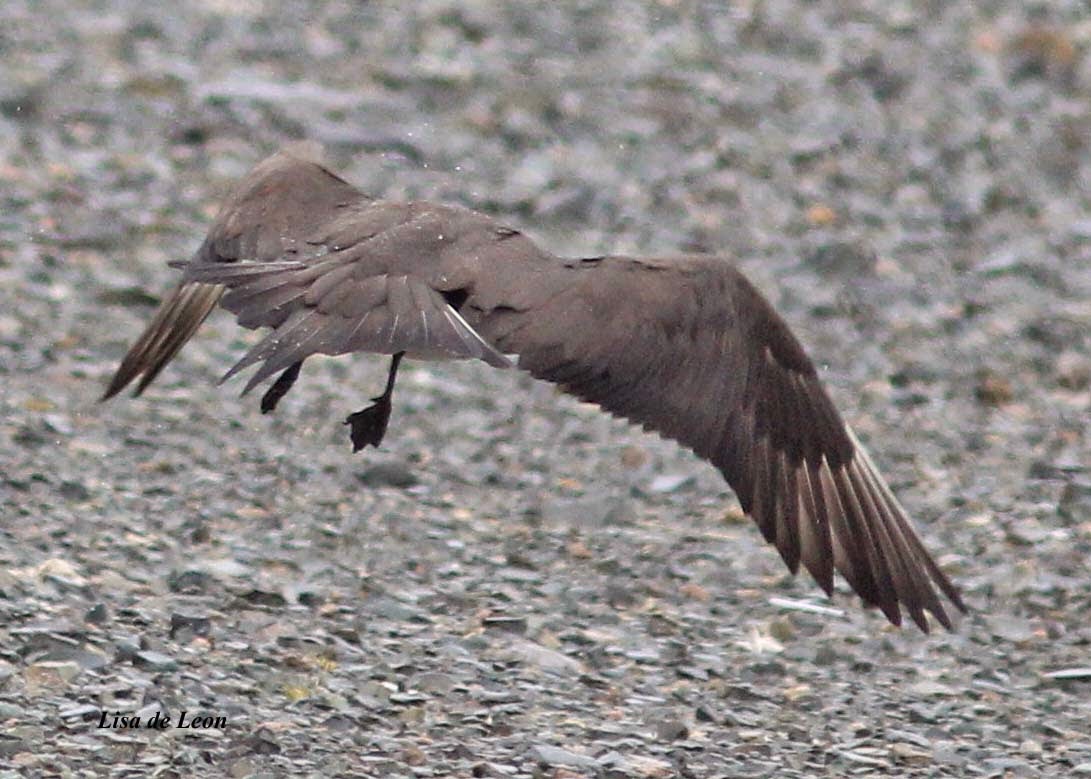 Also notable, the dark-morph Parasitic Jaeger (seen above) appears to be less active than the other, intermediate morph Parasitic. Is it less healthy? Has it had a better meal? 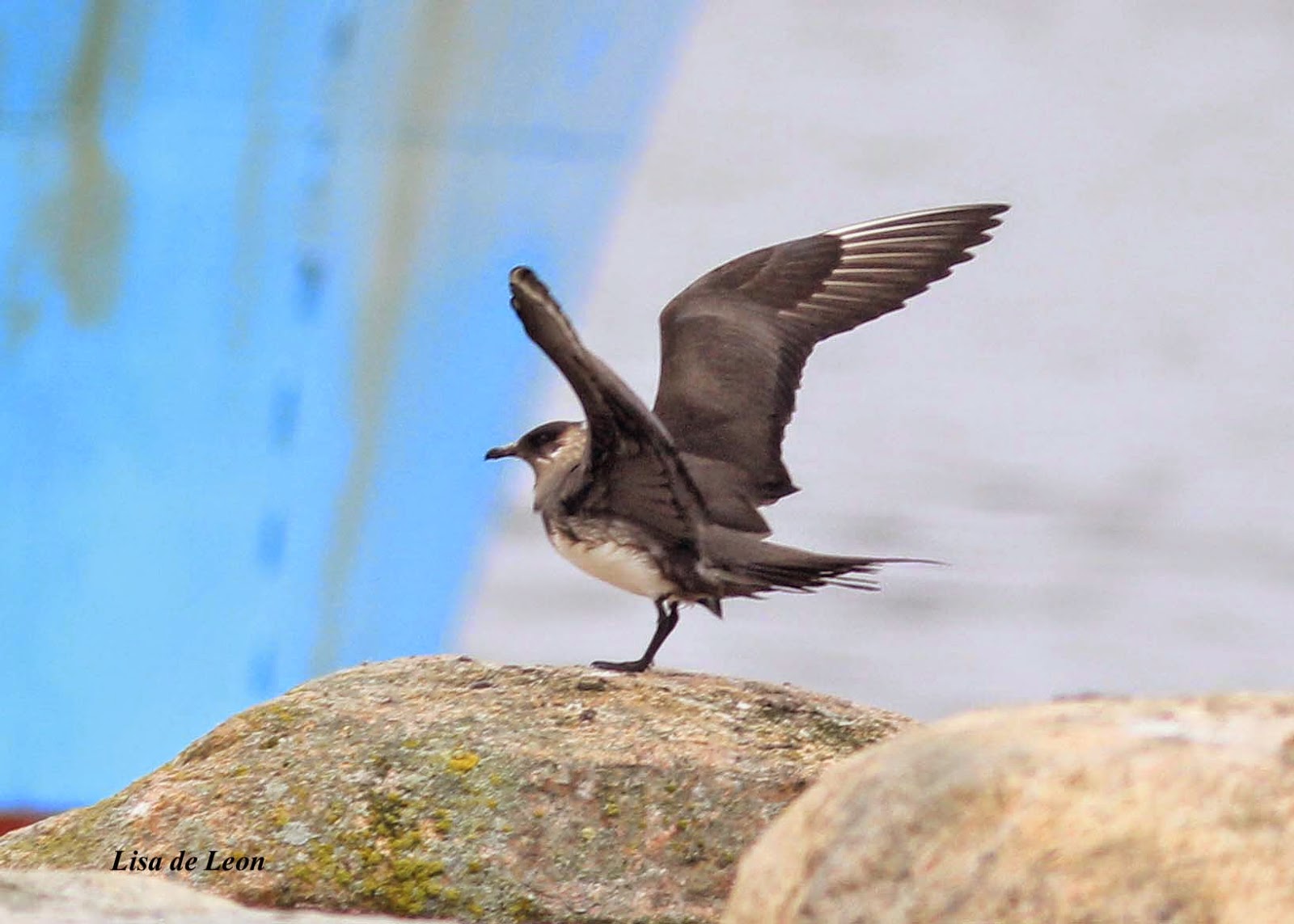 These are the best photos I could garner of the intermediate morph Parasitic Jaeger. Here today and maybe, gone tomorrow. 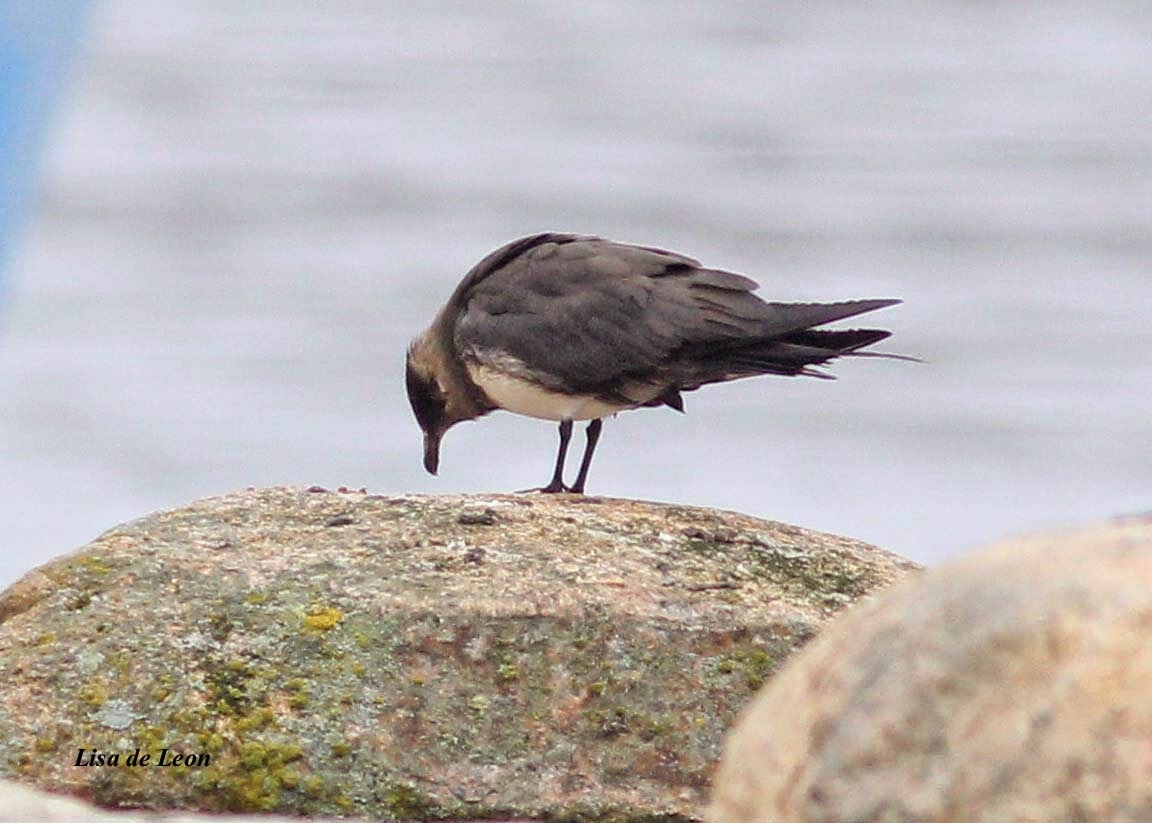 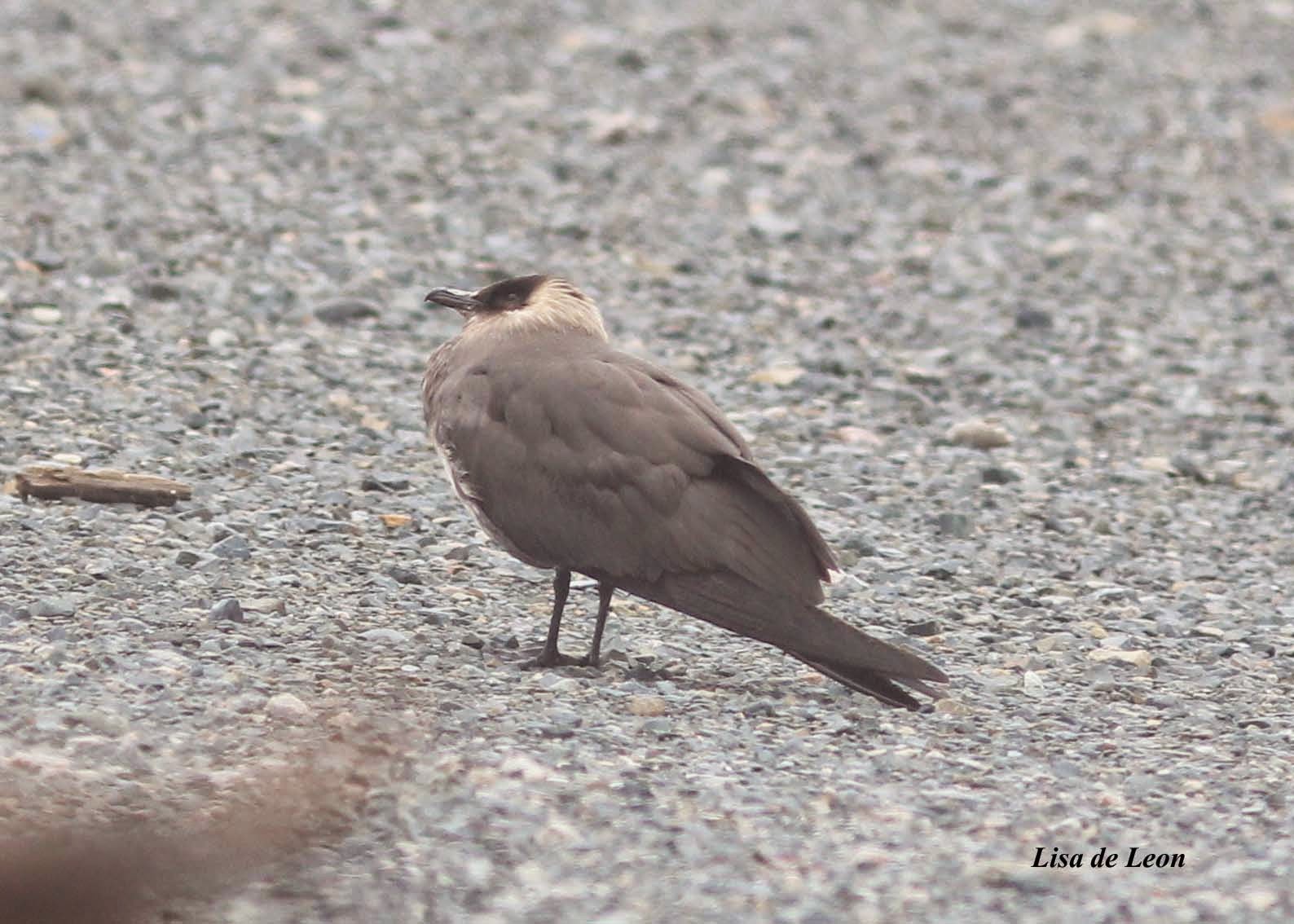 For more info and an additional perspective, visit Jared Clarke's site at: http://birdtherock.com/
Posted by Lisa de Leon at 9:19 AM