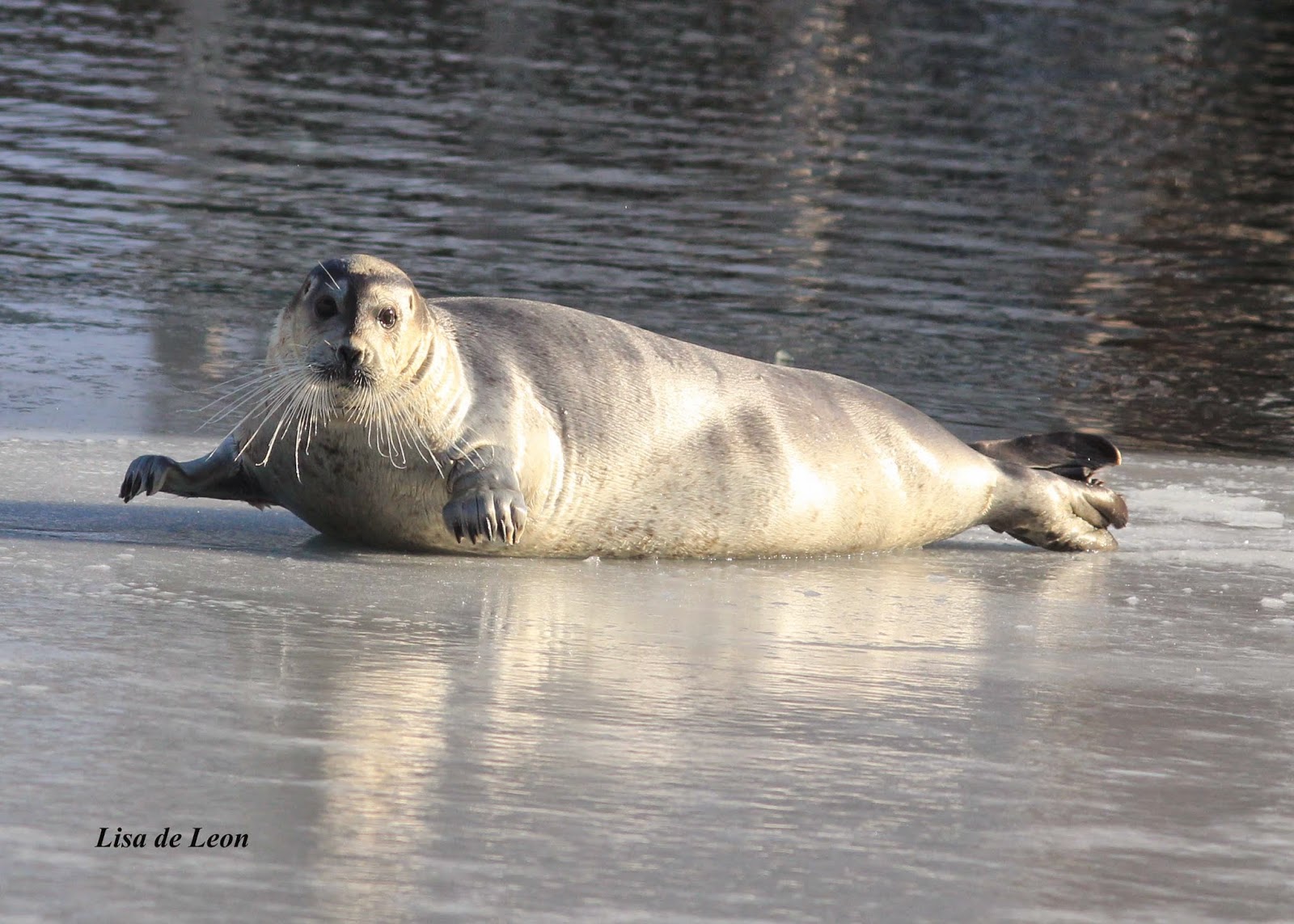 A rare Bearded Seal showed up in Quidi Vidi this week. It took a couple of days for the news to get out, but when it did, people hurried over to have a look. 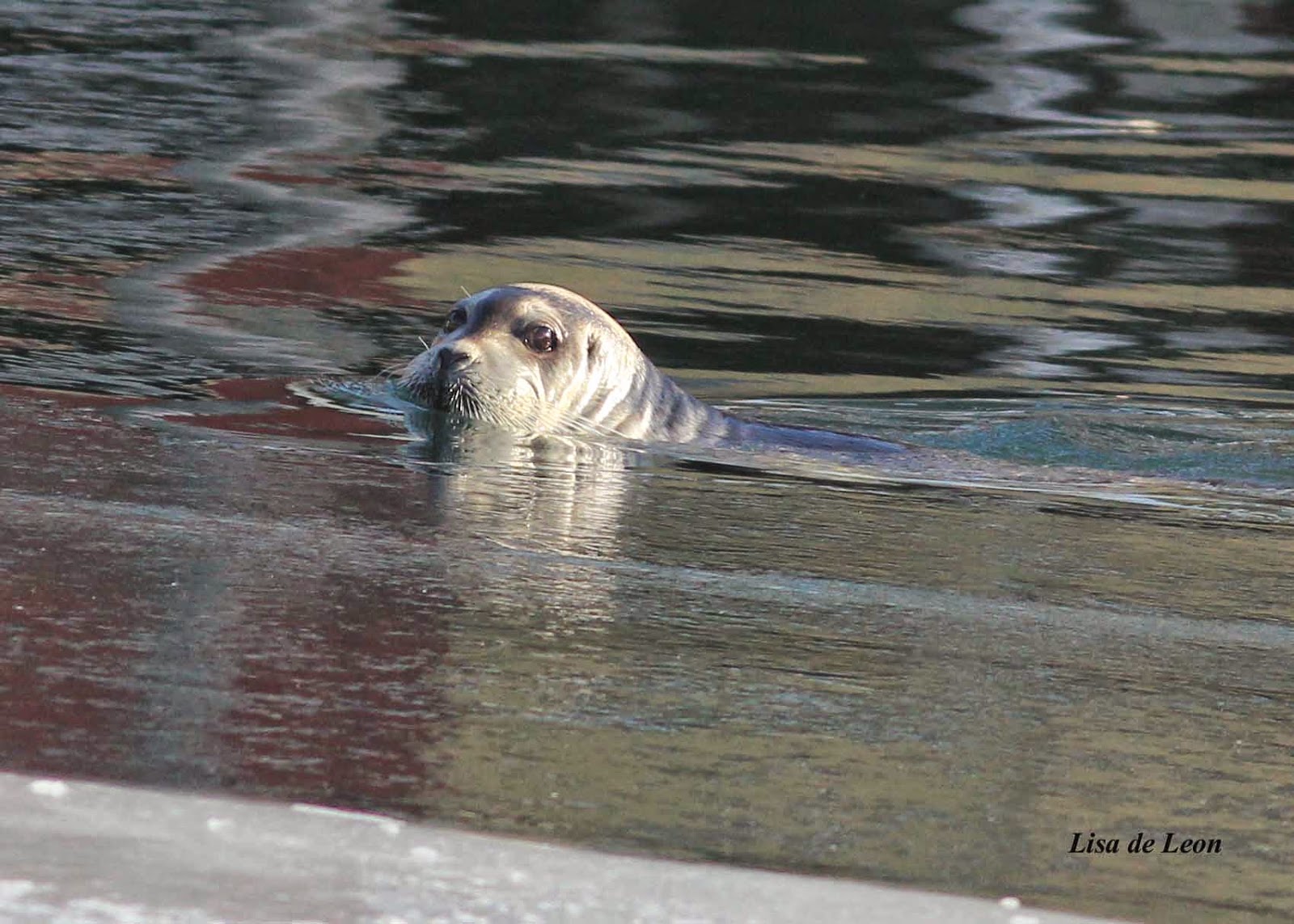 On January 12, 2015 a Bearded Seal was reported near Triton. Is this the same seal that has worked its way around the shoreline? Looking at the photos posted by Dennis Smeaton on Nature NL, I don't think so. The Triton seal seems to be much bigger than the QV seal. 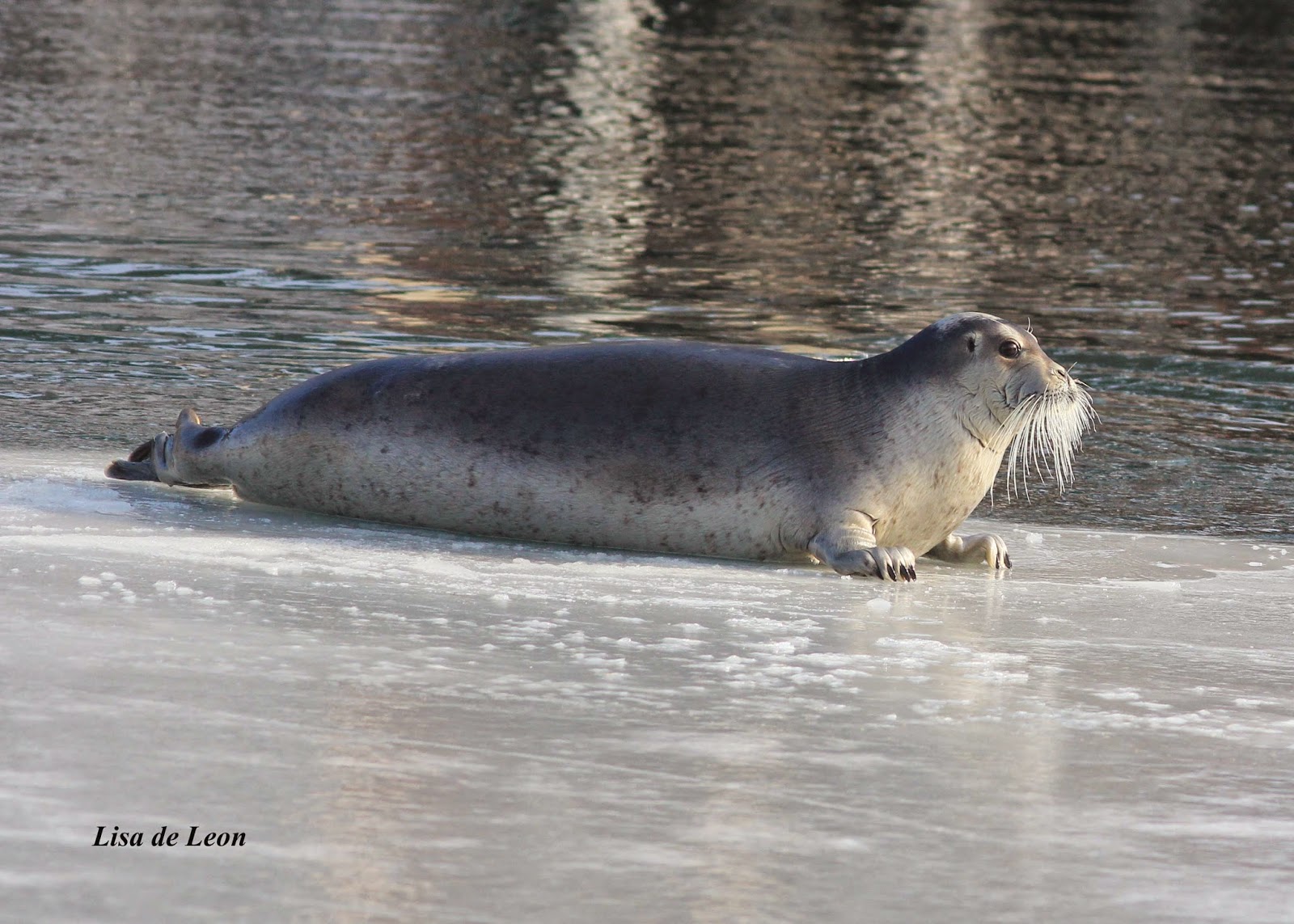 This arctic species most likely came in with the ice that is moving into the waters off Newfoundland. 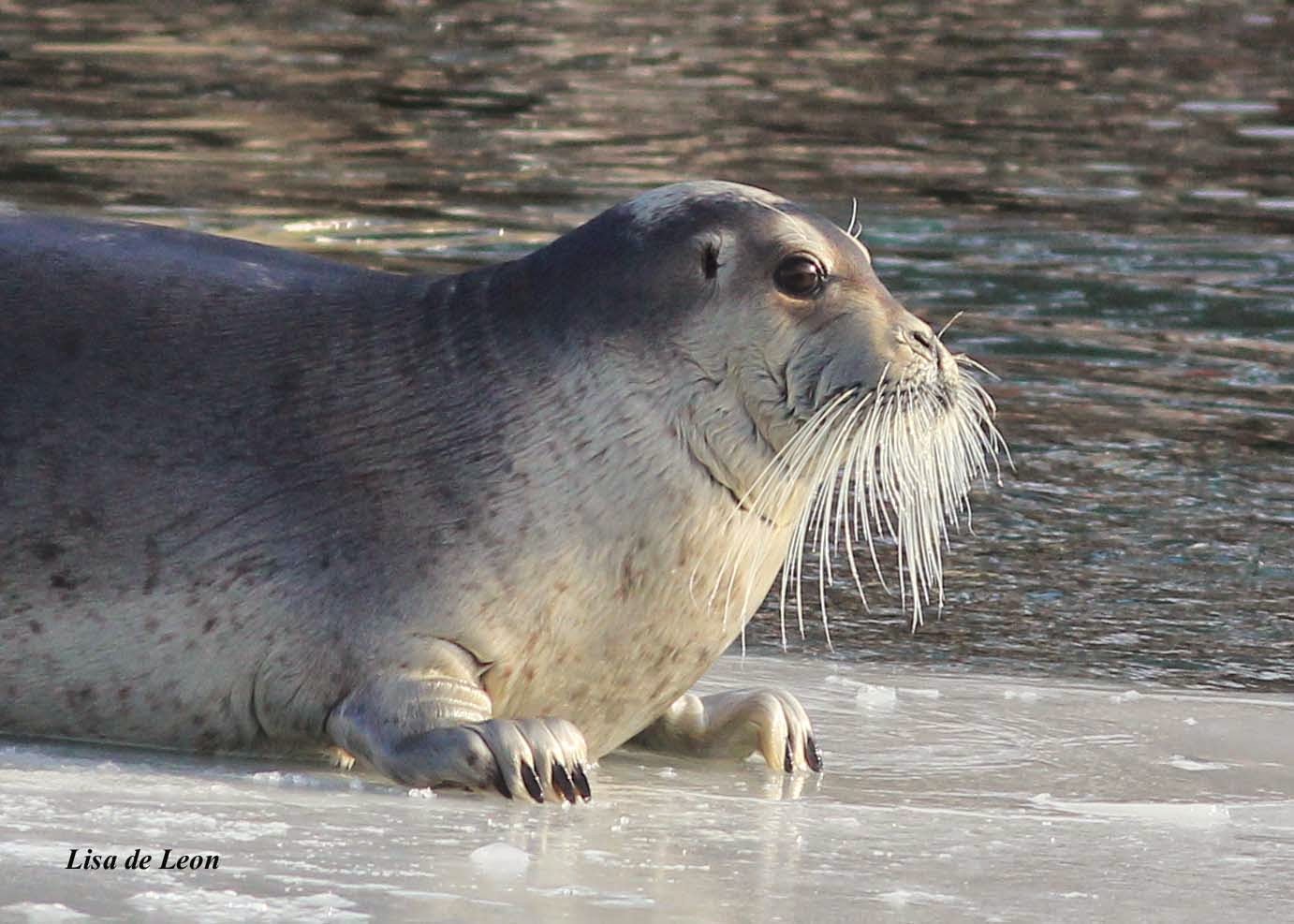 The white whiskers for which it is named seem to have a coating of ice on them. Being unfamiliar with this species, it is possible they are just that coarse. 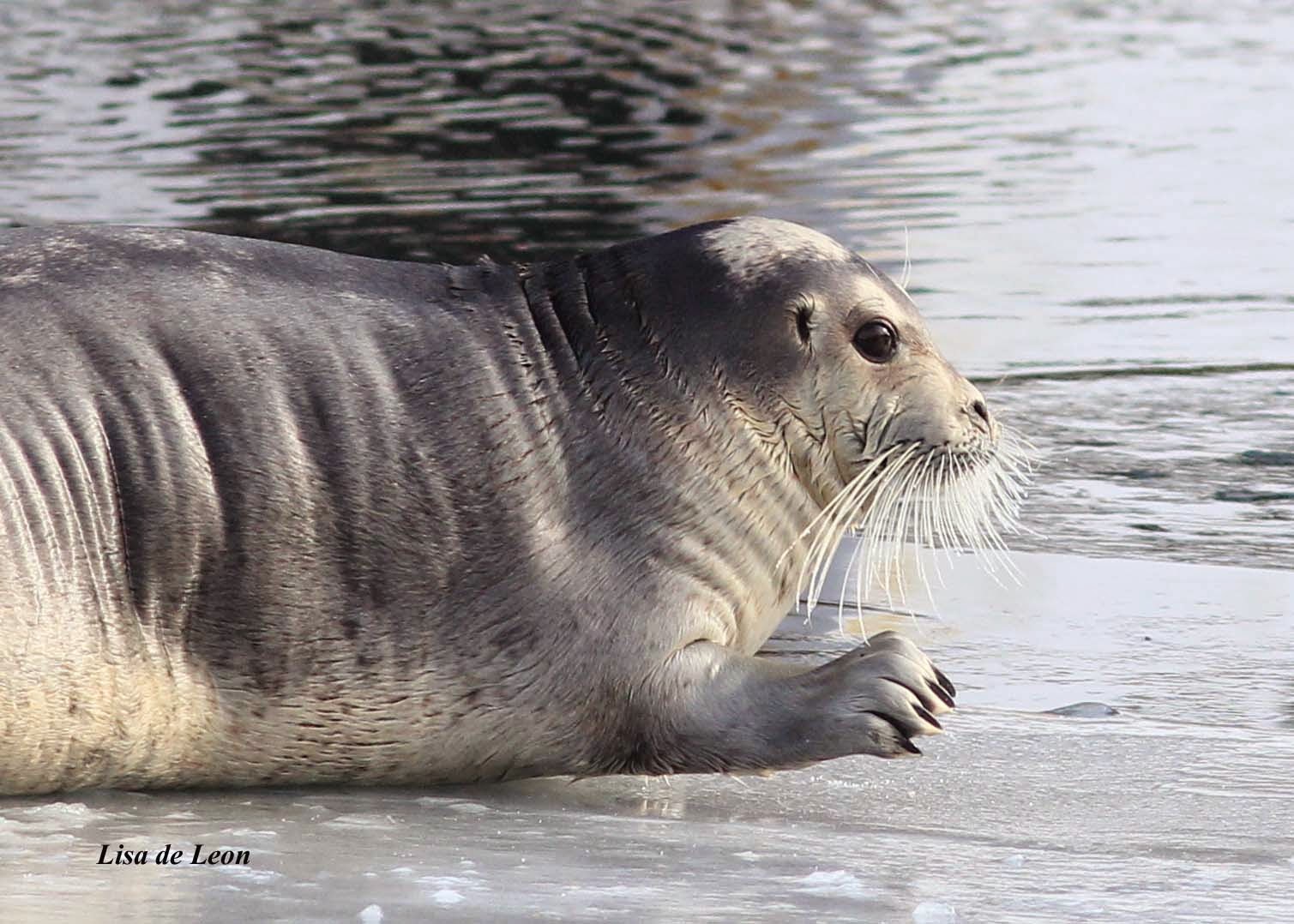 It was very comfortable in the area as it dove into the water and repeatedly climbed back up on the ice. 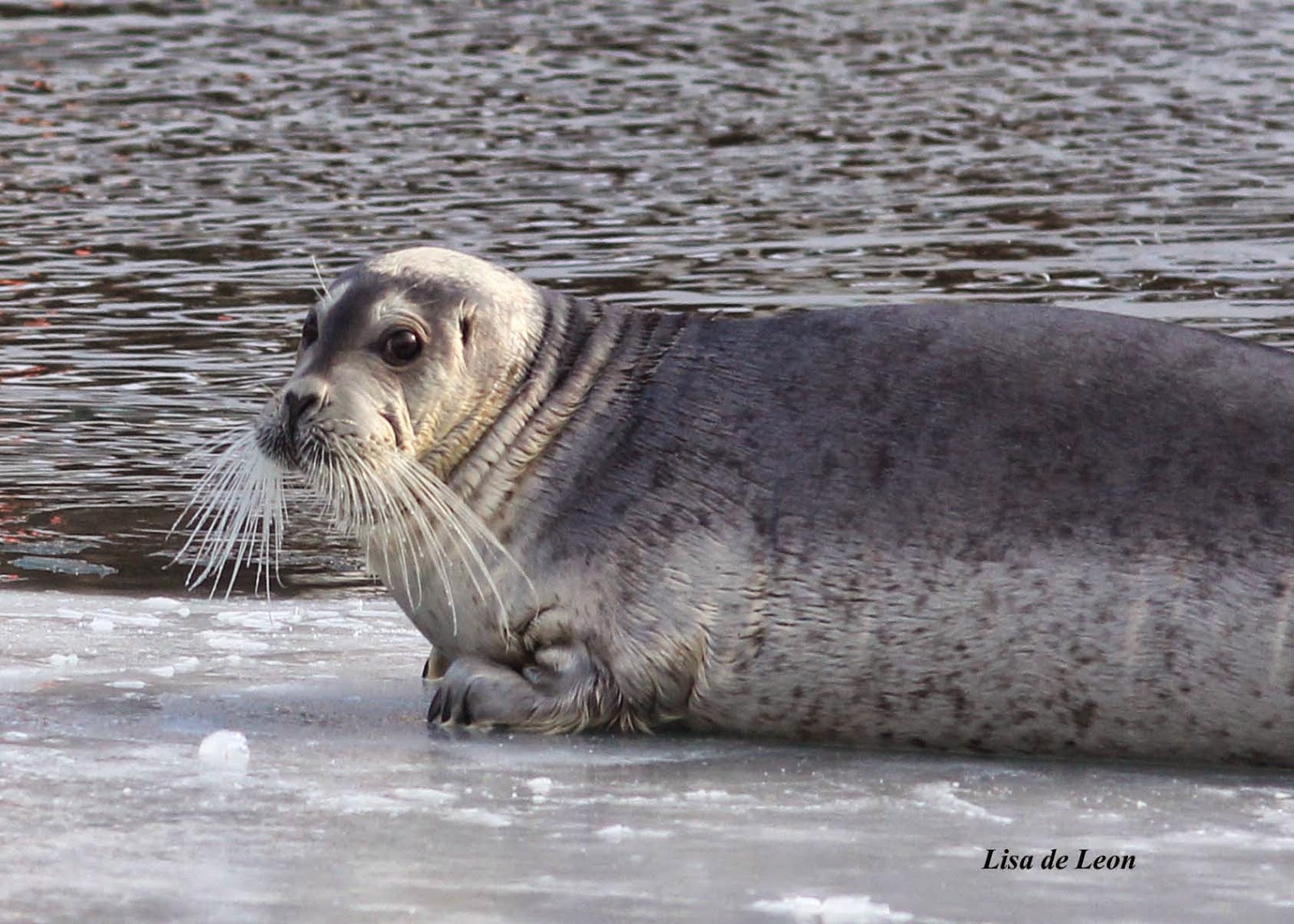 This one chose to languish dangerously close to a high-end restaurant that has seal on the menu:) 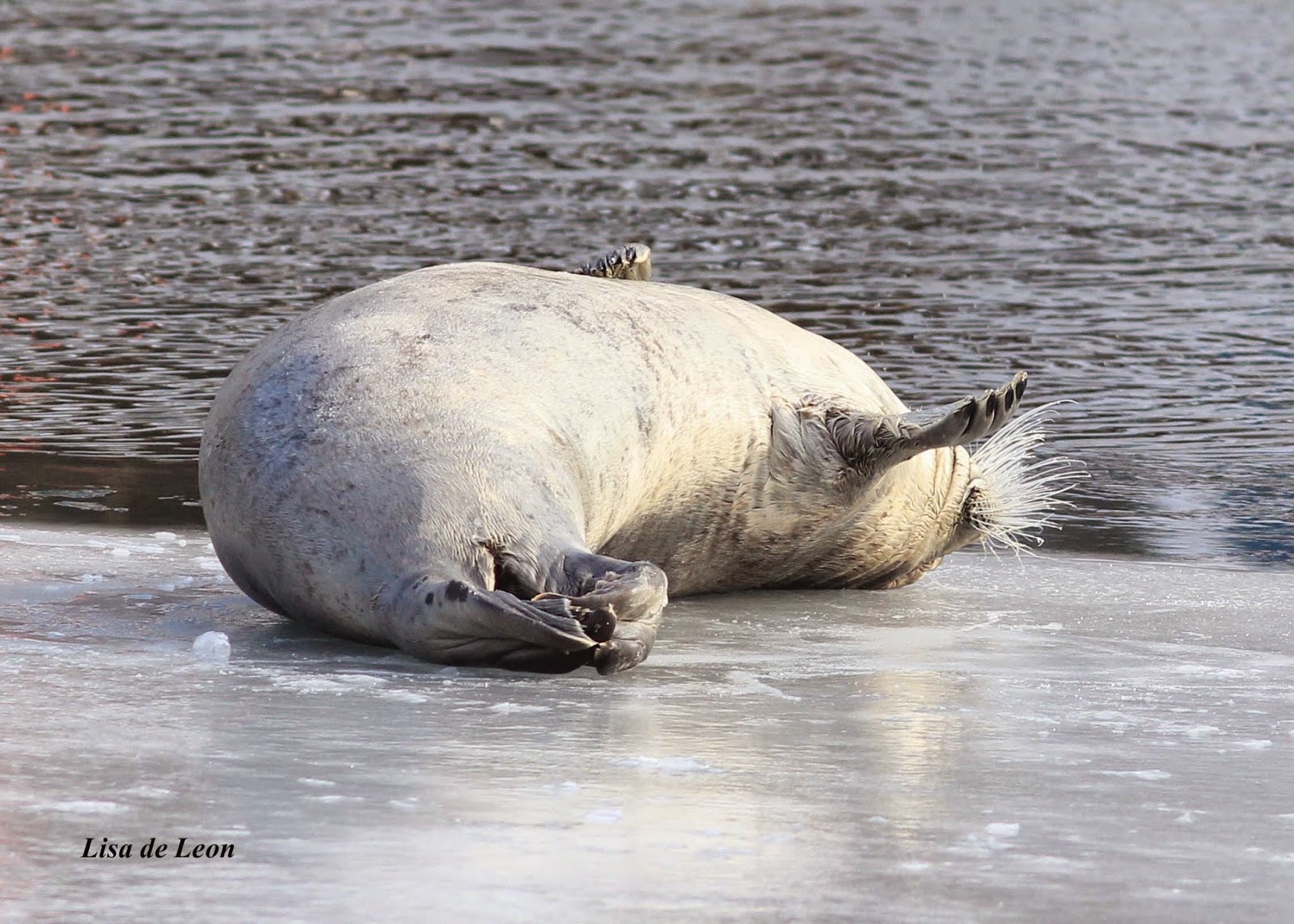 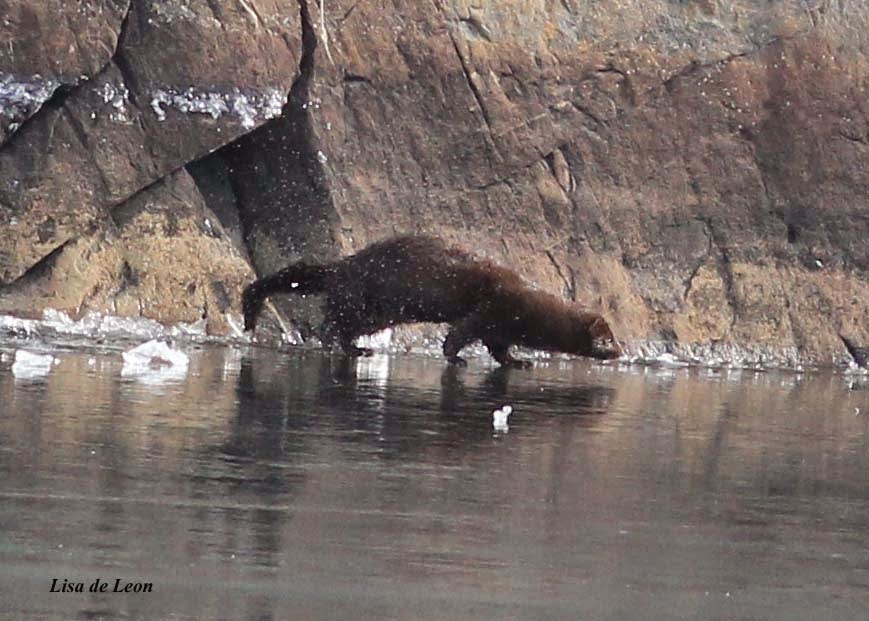 Lurking along the edge of far-side rock was this super-sized Mink. It is the largest I have ever seen. I watched as it tripped its way across the thin ice next to the rock edge. 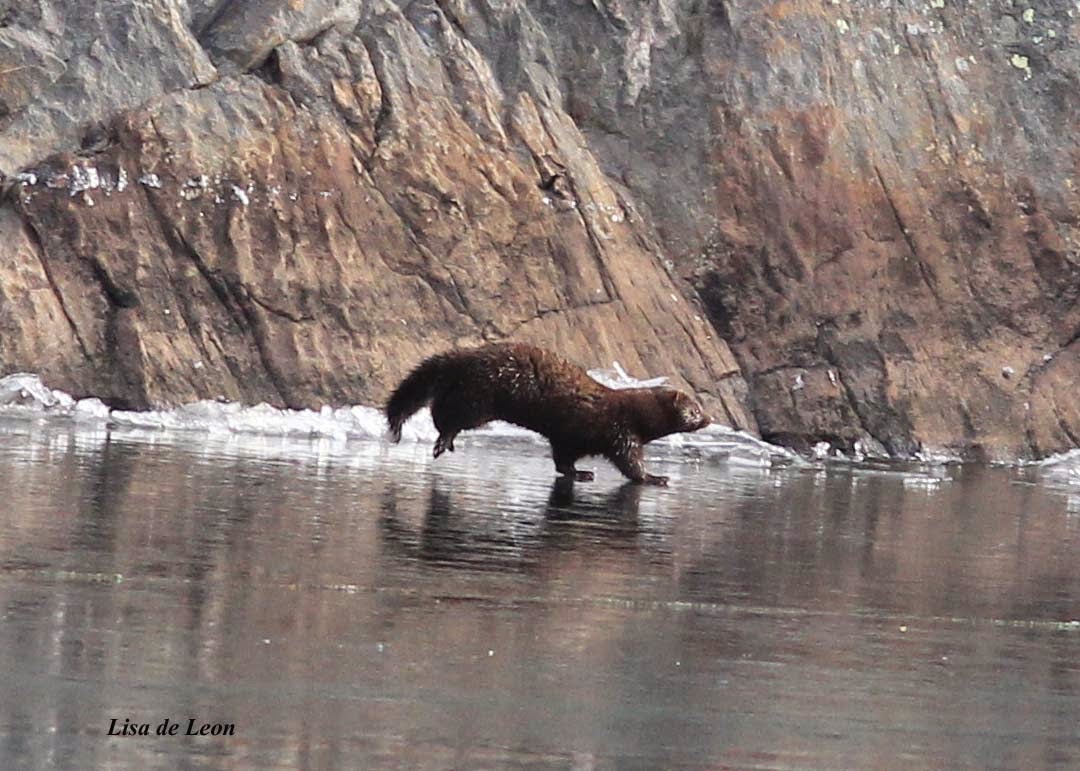 It also had a great winter coat which is also a first for me. I have only seen mink in the summer. This creature was large enough to ensure I would not want to approach it for better photos.
Posted by Lisa de Leon at 10:30 AM