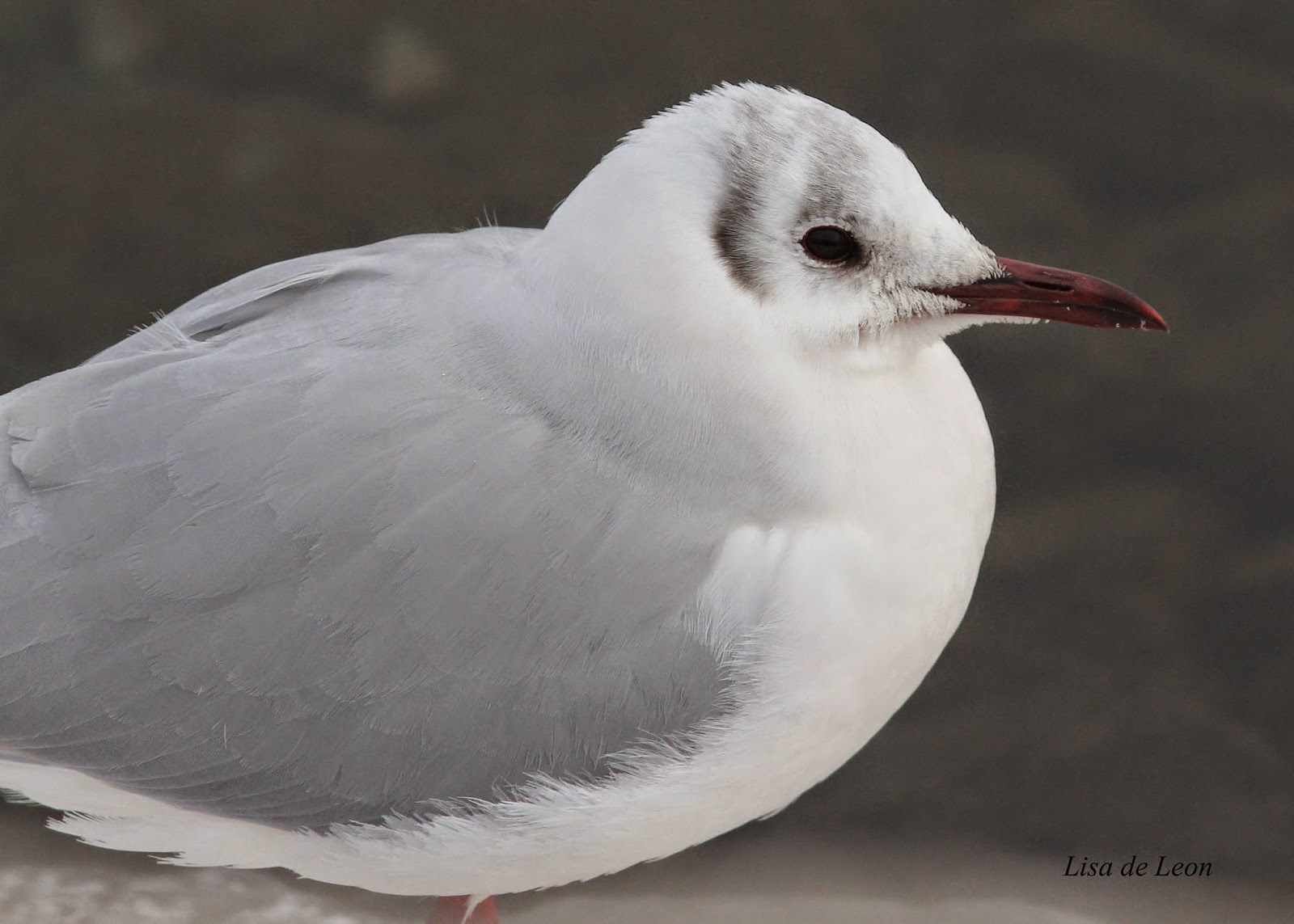 It was a calm morning at Quidi Vidi Lake with only a few gulls, less ducks and the usual complement of pigeons. It was ideal for viewing the few birds that were present. Ah ... my favorite way to study birds. 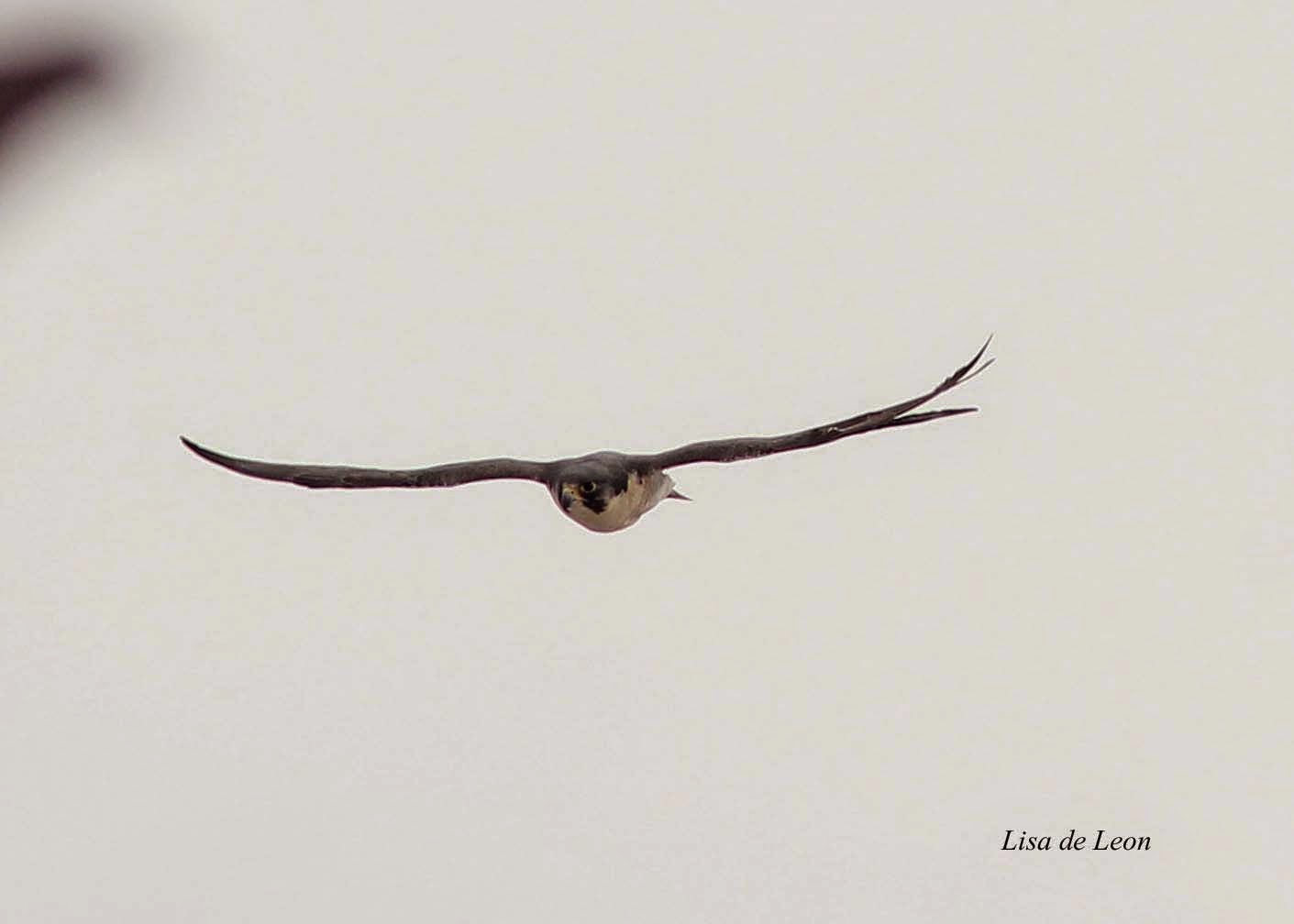 Then, out of nowhere the calm was shattered as this hungry Peregrine Falcon blew in. It came in low from around the boat house and headed directly for the birds lolling around on the west end. 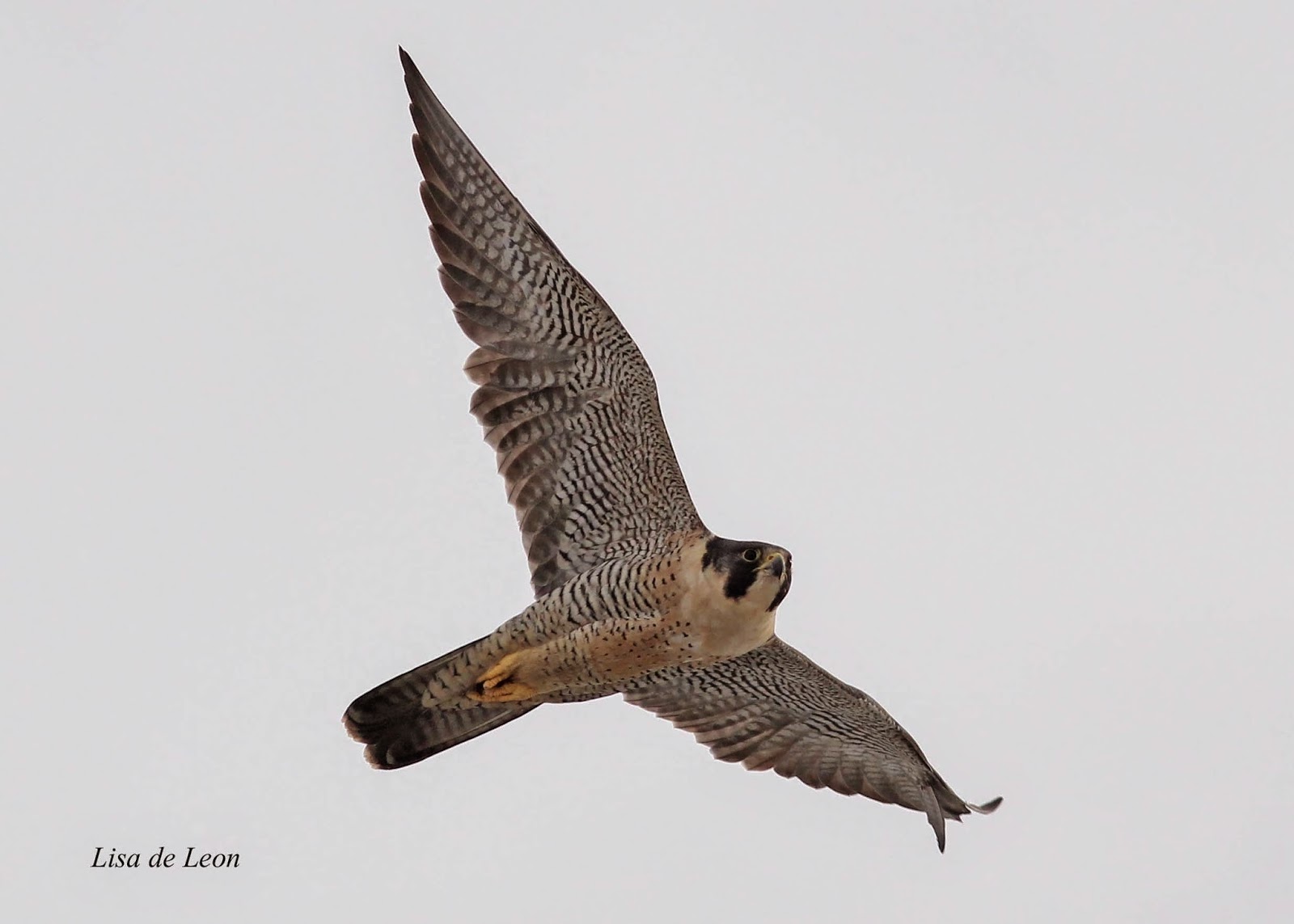 It gained altitude and flew right into the foray of birds scrambling for safety. 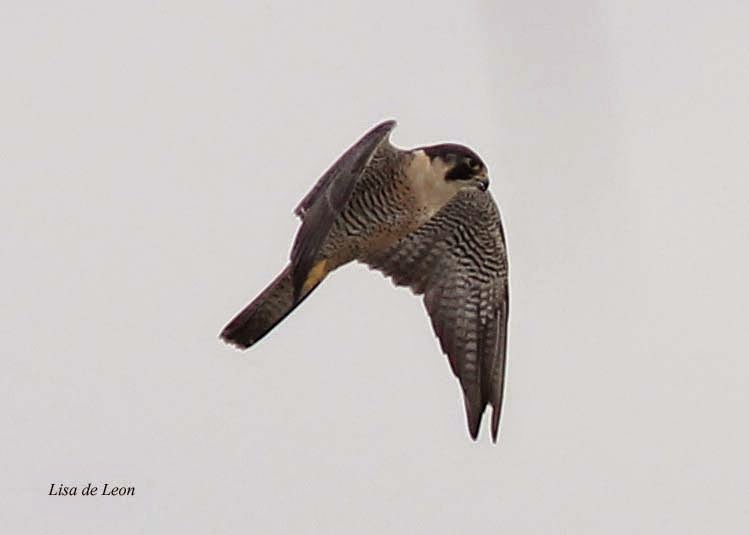 All of a sudden it pulled up as if to decide which one it wanted. 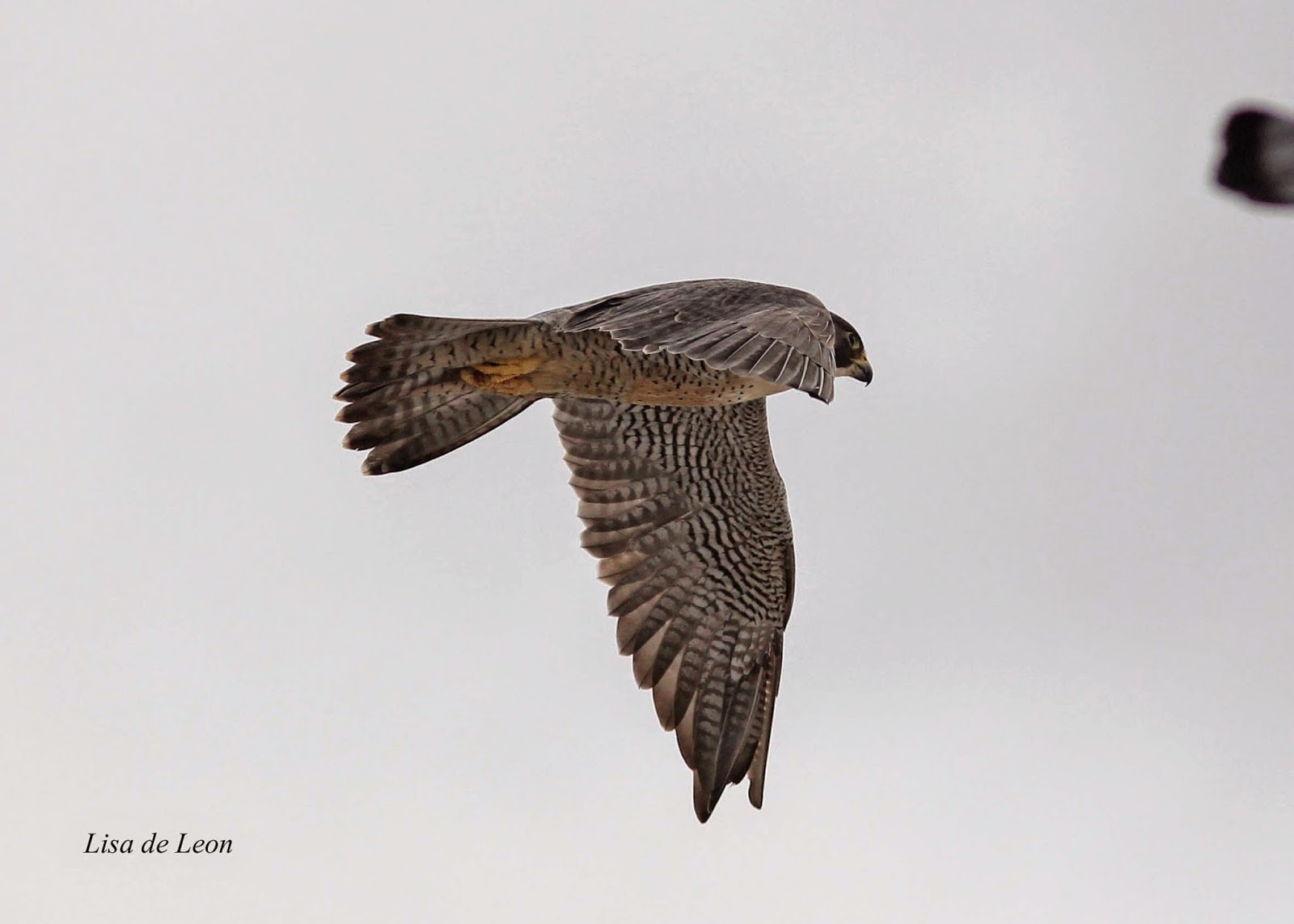 With purpose it flew right into the pigeon flock.  What a flutter! 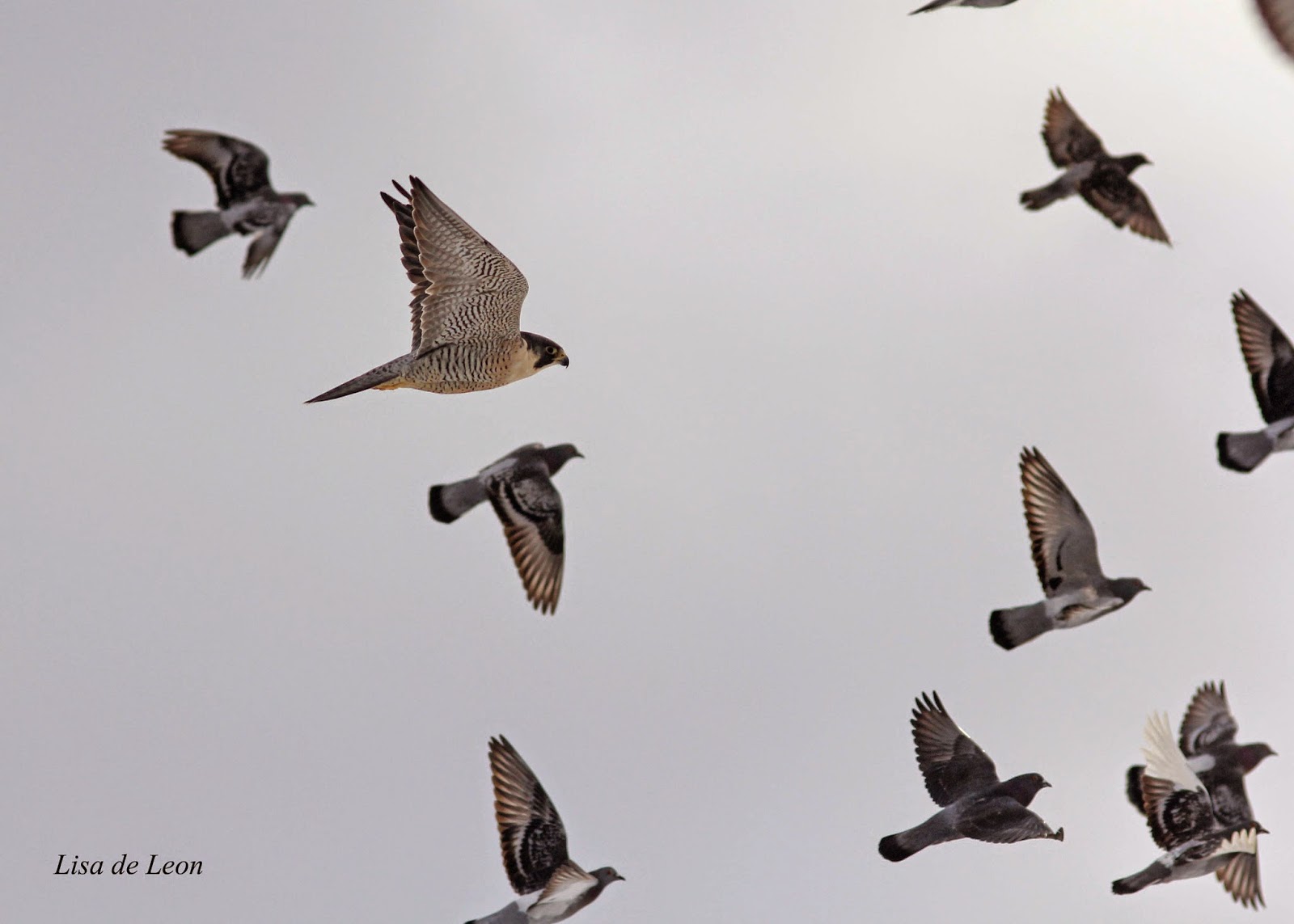 It twisted and turned in every possible way trying to pick one bird out of the many. 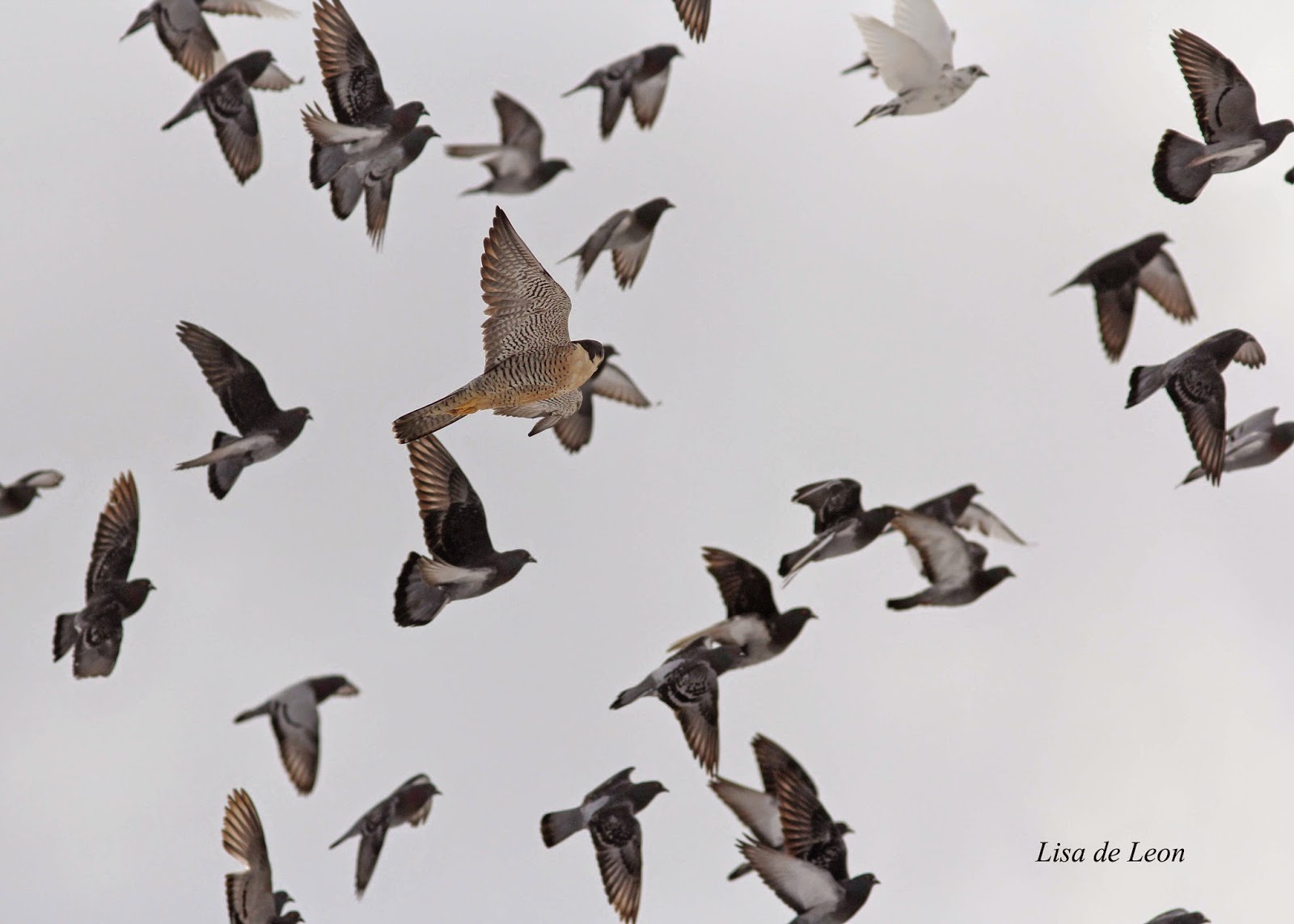 Wow! Wow! I could hardly keep the camera on the predator as the crazy scene unfolded. All the time I was wondering if it was going to snag one. 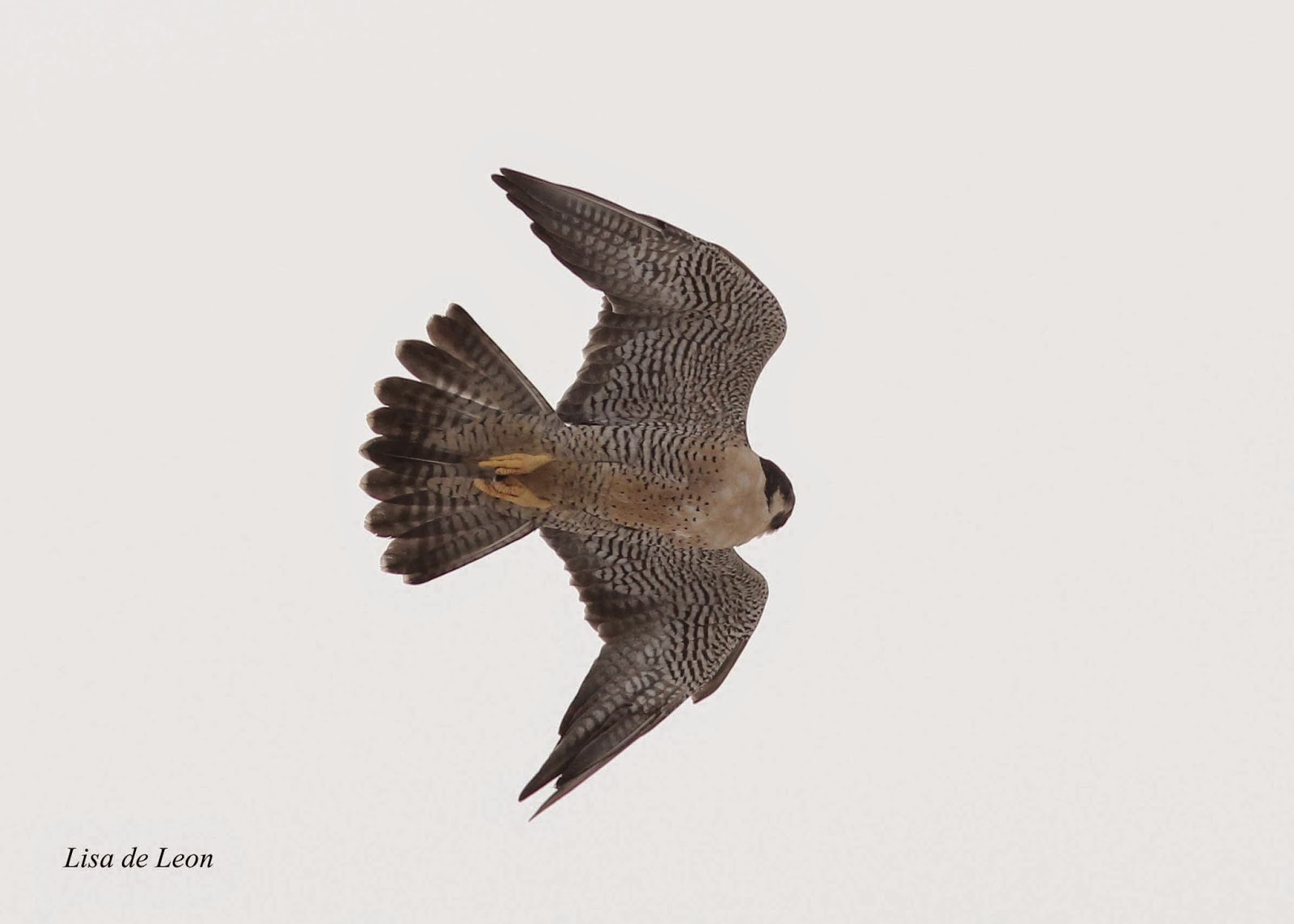 The pigeons proved to be too much for the falcon on this effort. They got away and split off in several directions. The falcon, somewhat dejected, gave up and flew off over the cemetery. 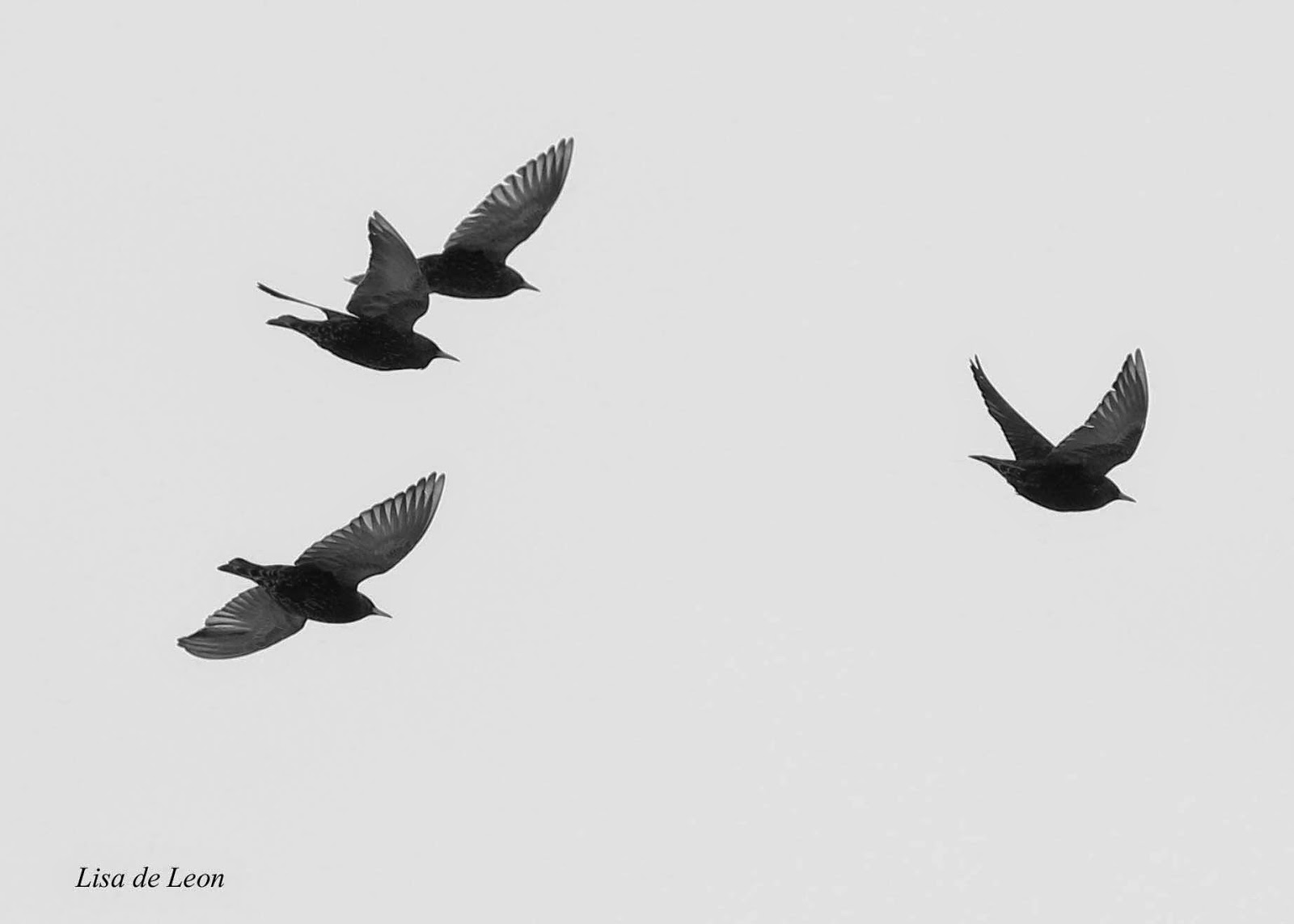 As soon as it disappeared, over 100 starlings dislodged from their nearby roost and headed out of the neighborhood. What a rush! Then, within minutes everything settled back down again as if nothing had ever happened.
Posted by Lisa de Leon at 3:05 PM