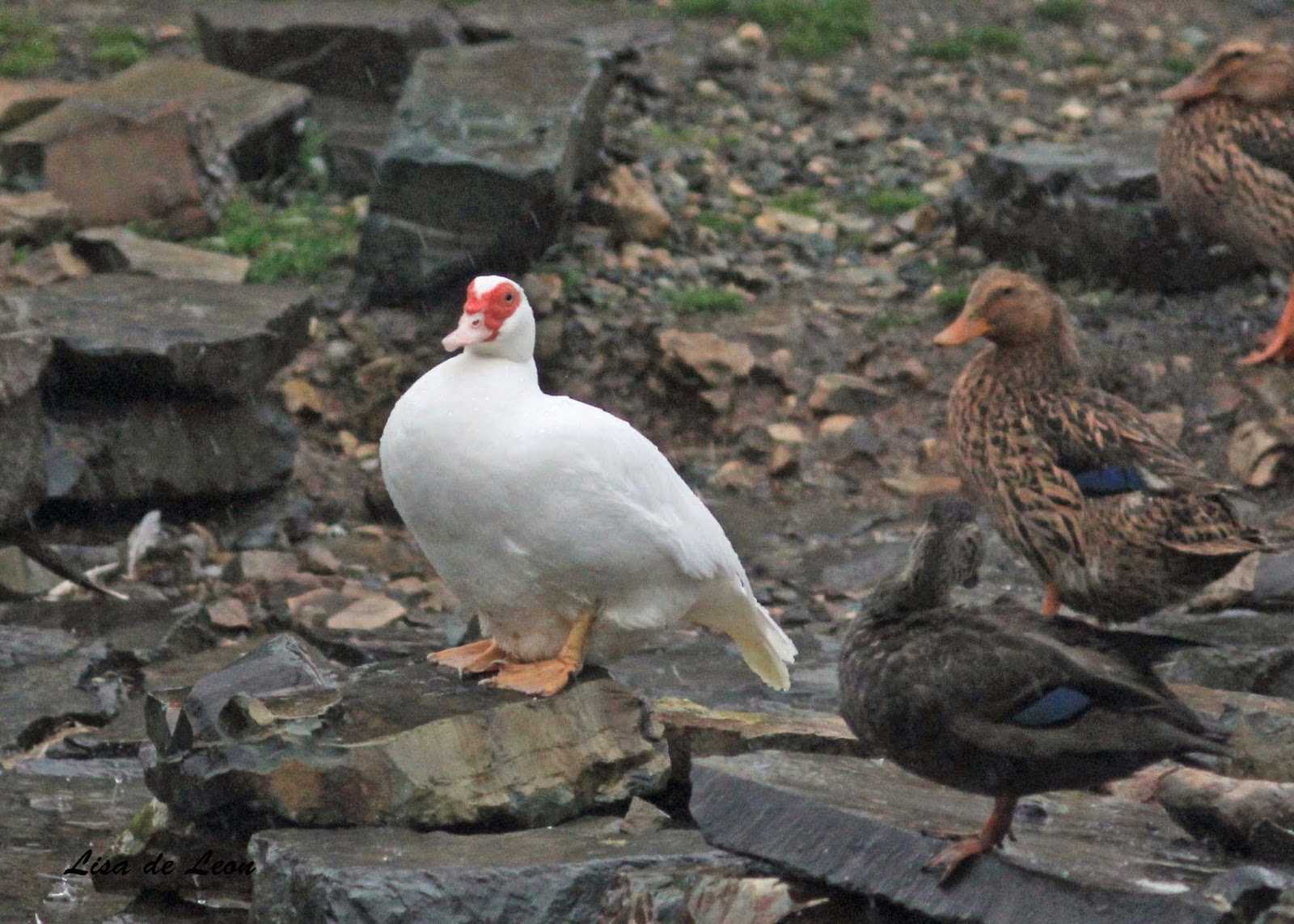 On rainy, cold or blustery days when it is not fit to get out of the car, I have several routes I travel to bird from the car. 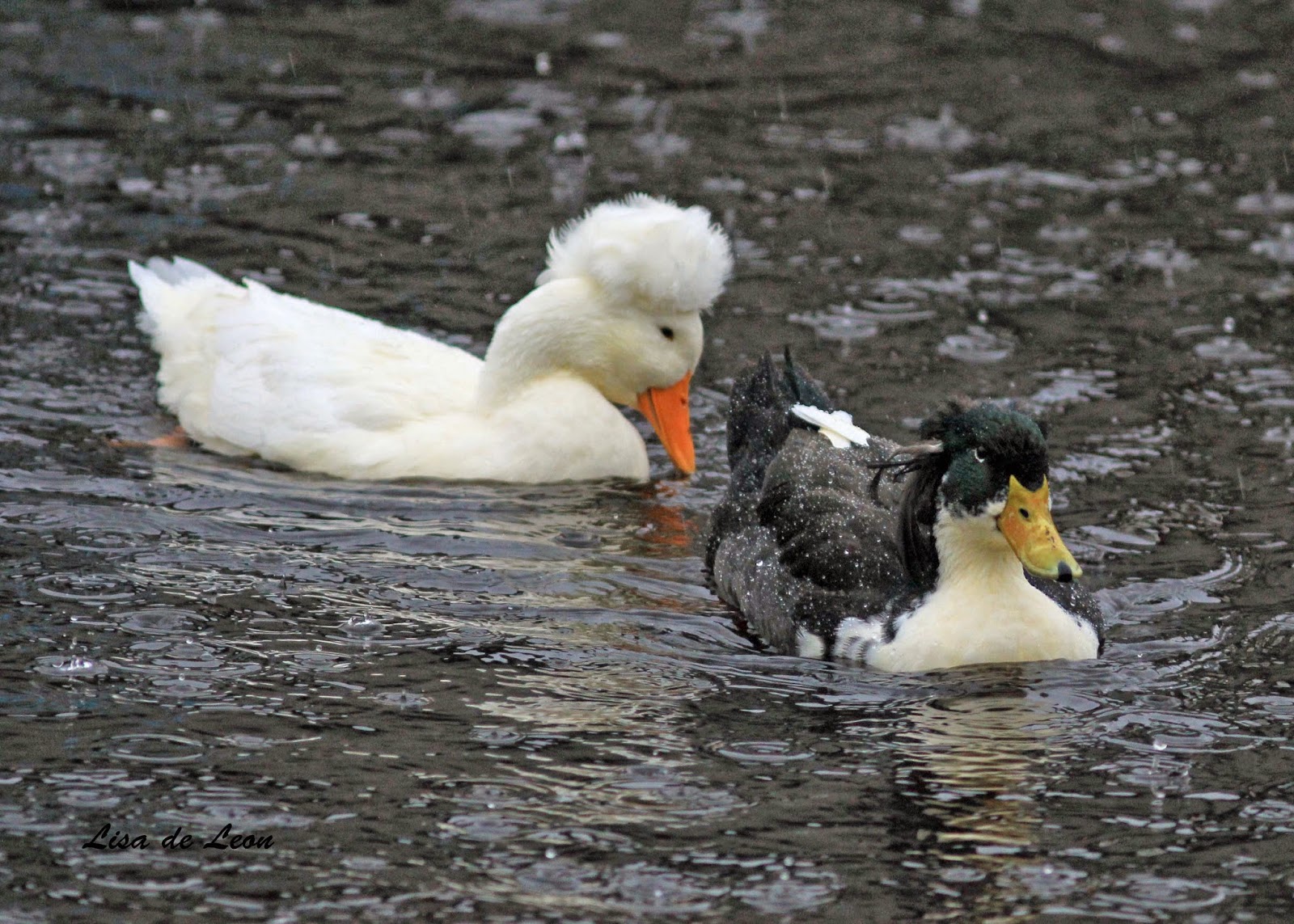 The northern loop from St. John's through Portugal Cove to Bauline to Pouch Cove to Torbay is one of those routes. 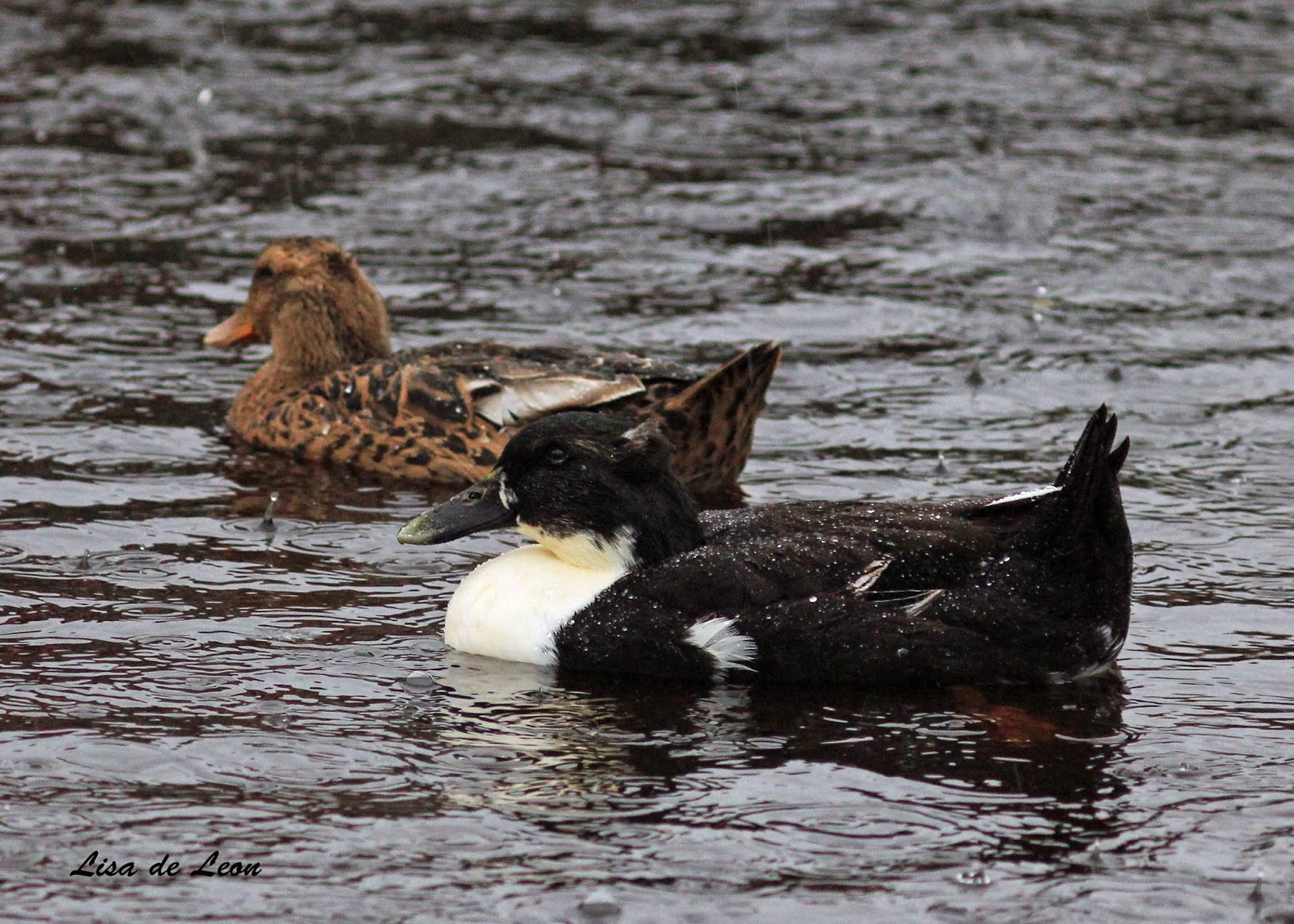 It was about a week ago when I made the drive and pickings were slim. I drove into Flatrock wondering what I might see there. Then, fantasy took over, and I thought wouldn't it be nice to see a big white bird...maybe a Great Egret or a wild swan of some sort. 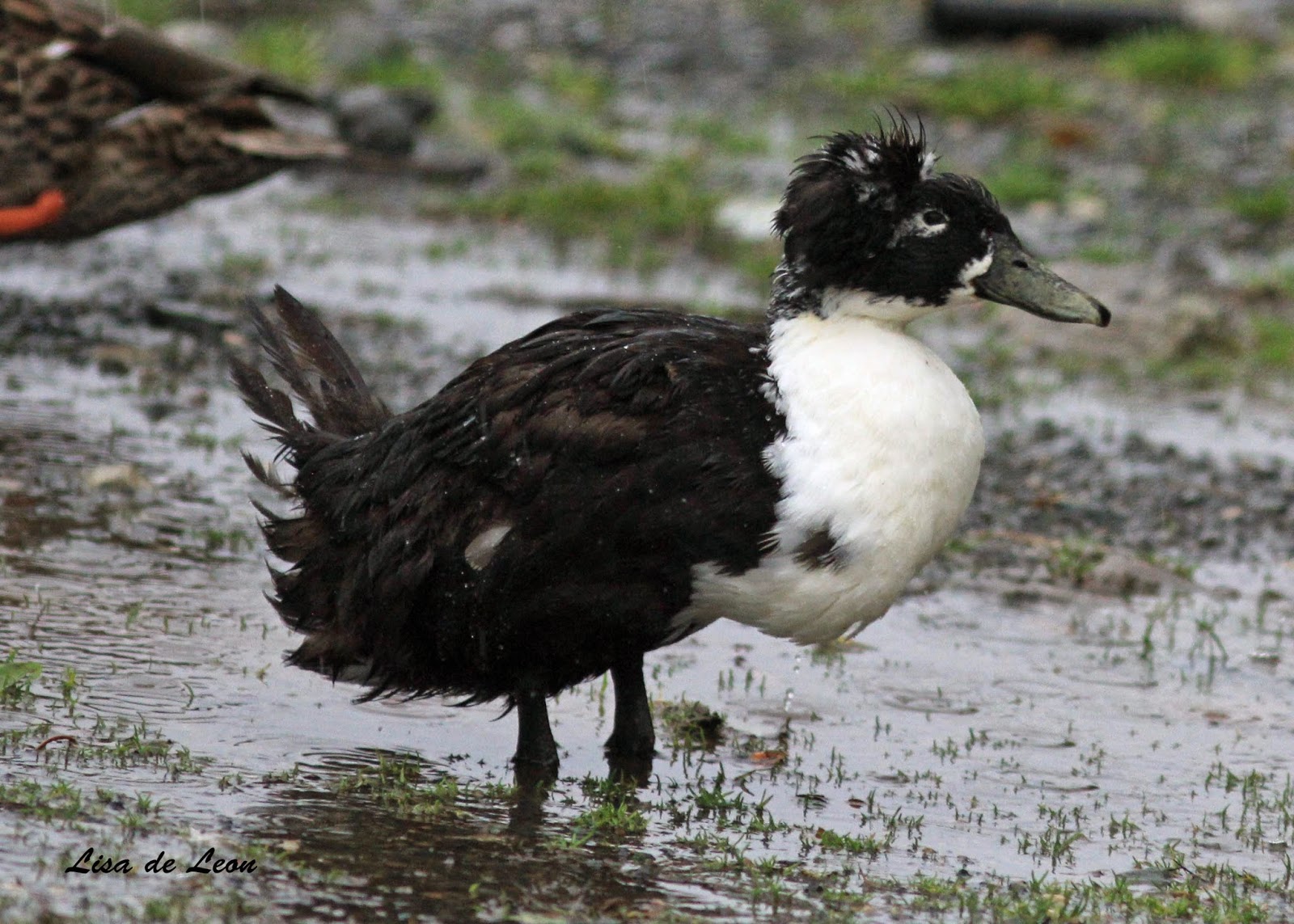 Then, out of the corner of my eye I caught a glimpse of two large white birds roaming around a front lawn. 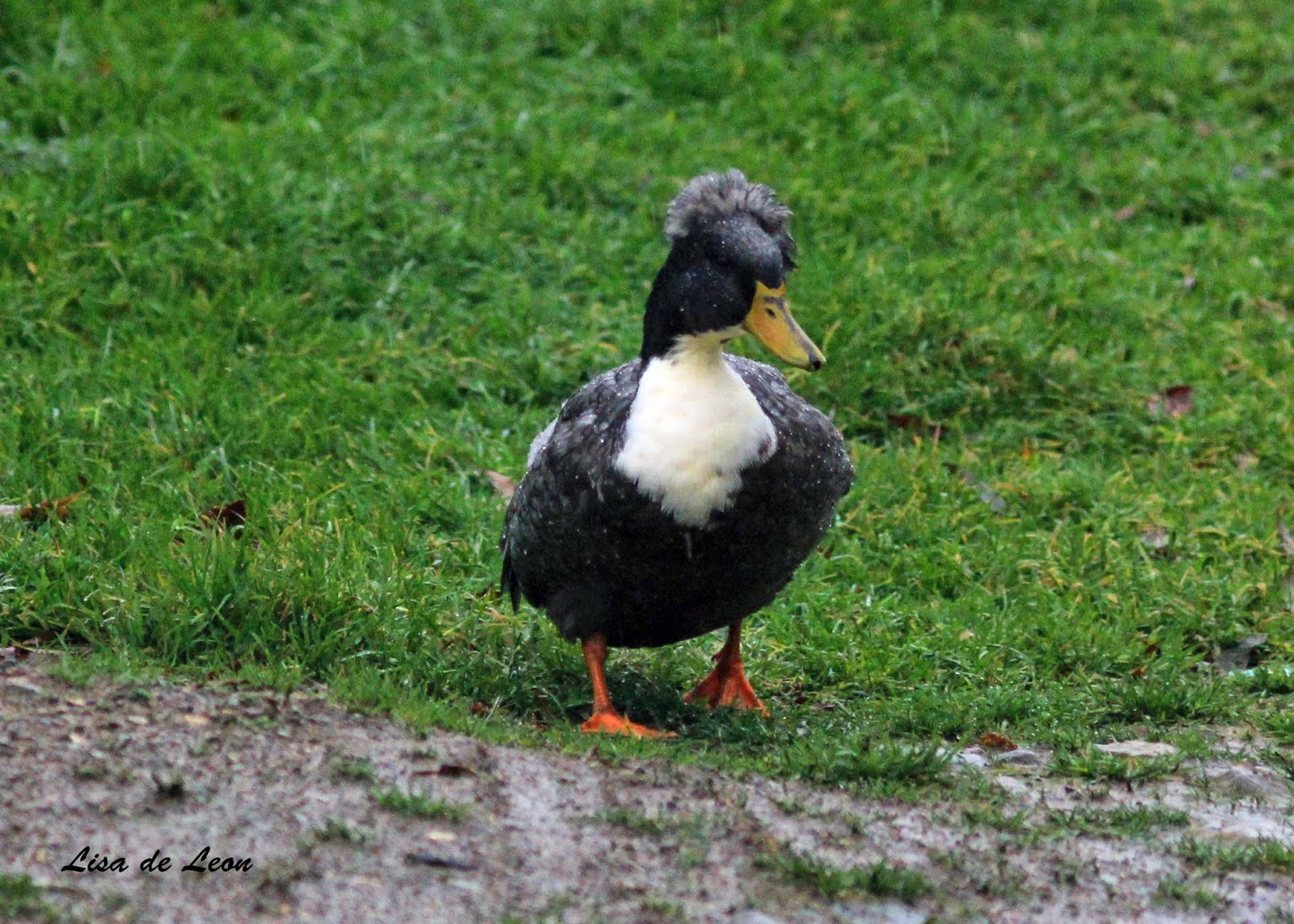 Hitting the brakes and making a U-turn, I headed back to see what they were. They were moving behind a house, out of sight. 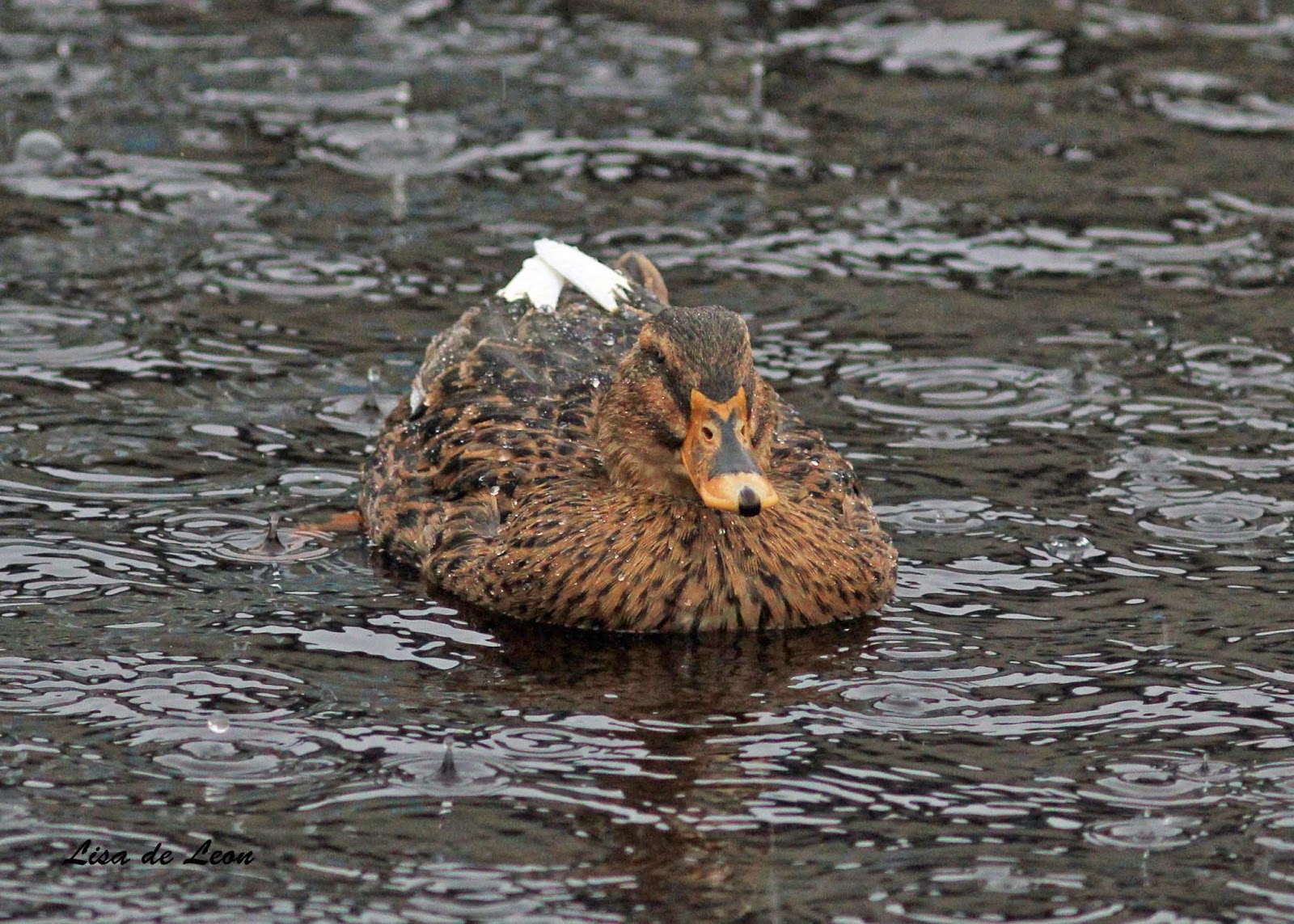 I turned into a side road where I immediately came upon a large flock of ducks including several large white Muscovy Ducks. Quite surprised, I also saw more than a dozen Crested Ducks. 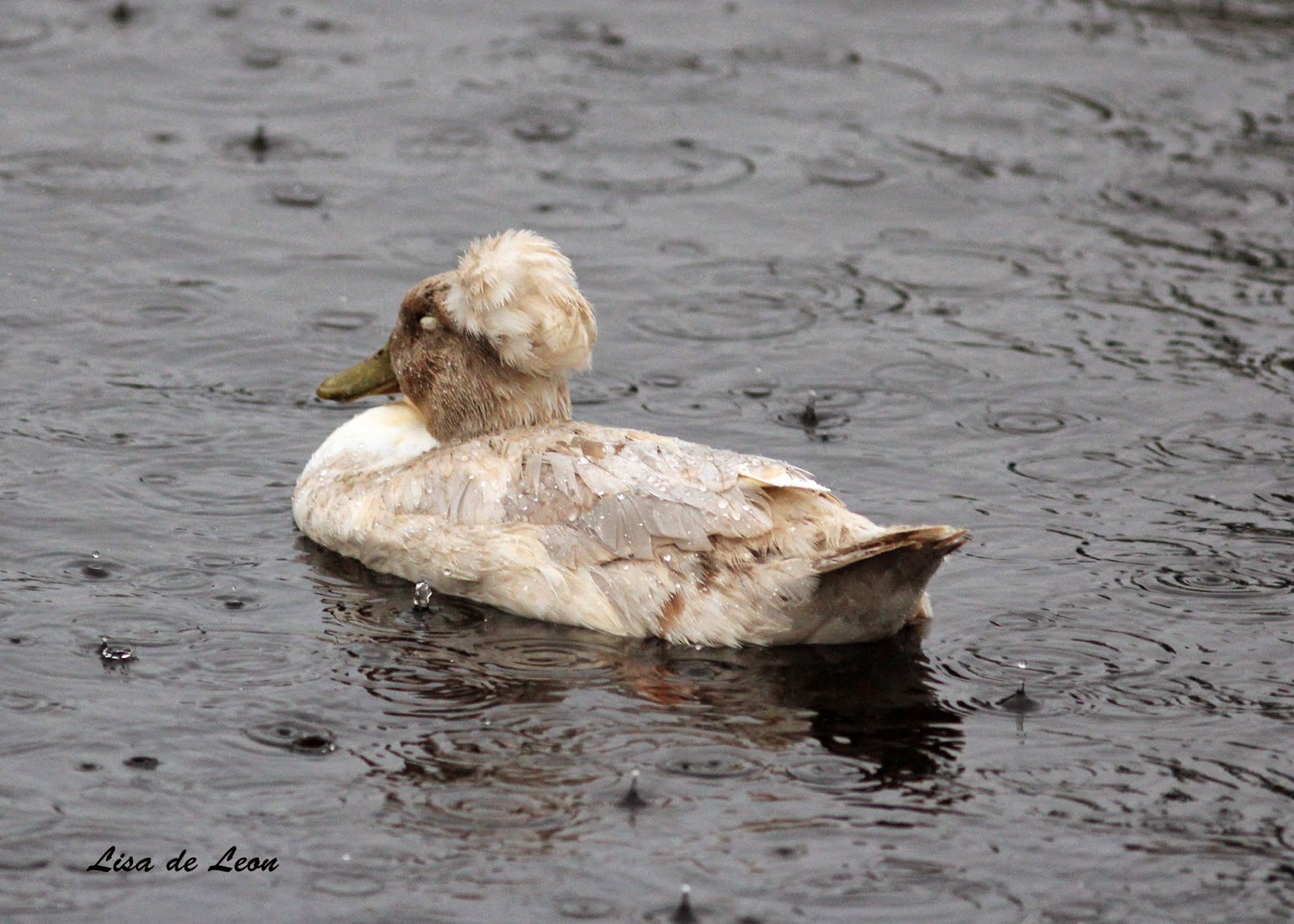 Of all the times I have driven this route, I never knew this was here. 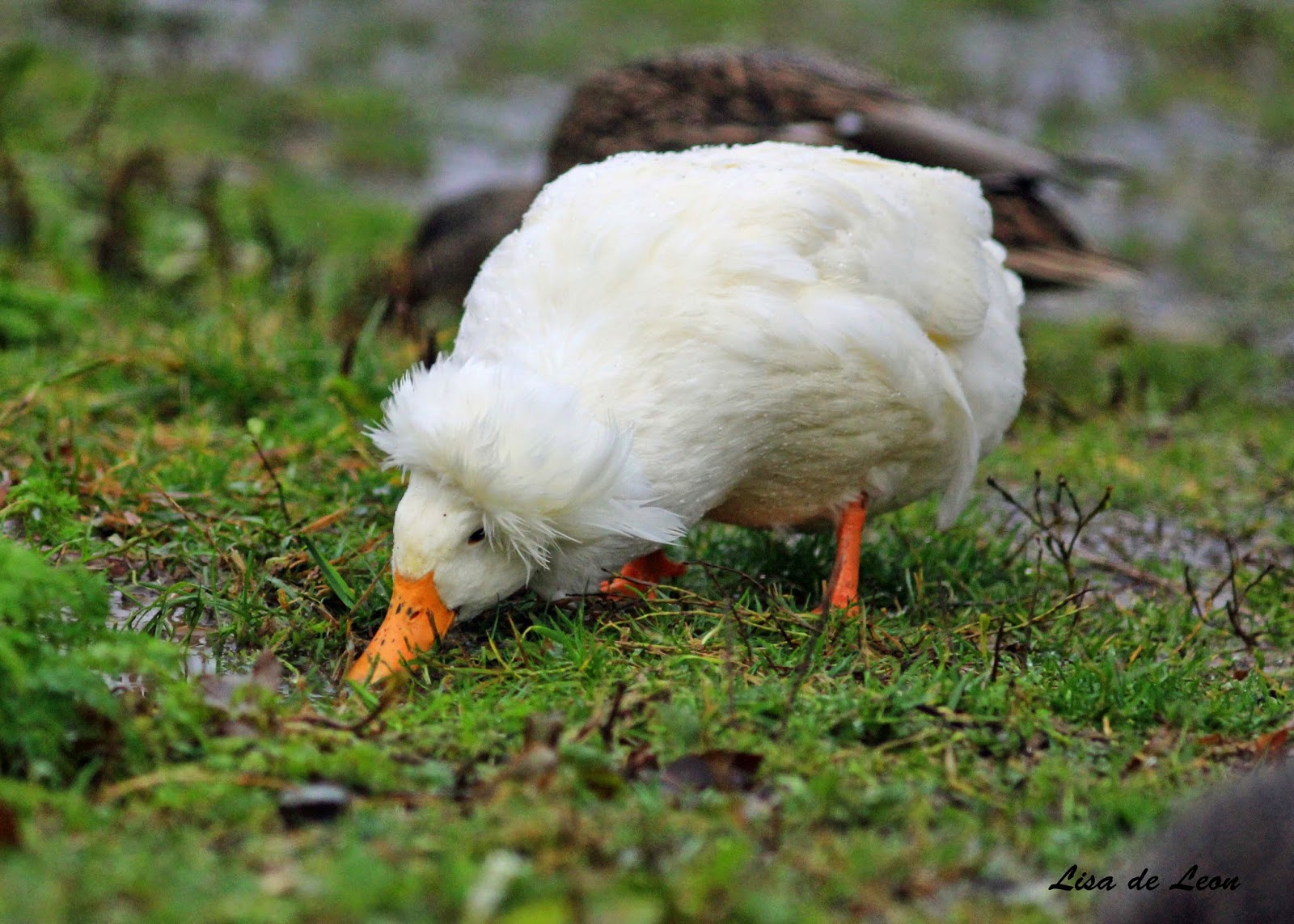 There was a great mix of colors of ducks wearing neat and mussed crests on their heads. 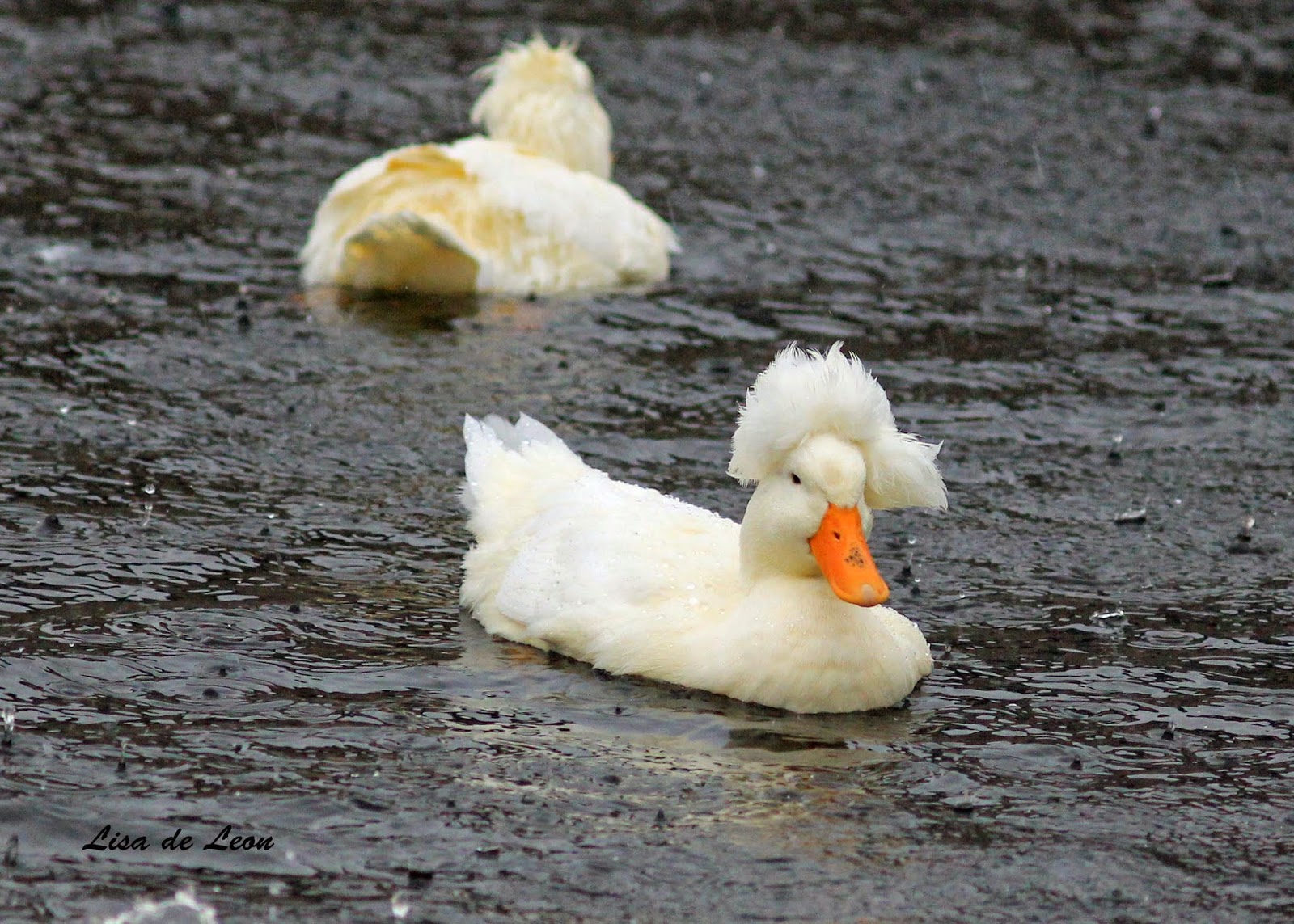 Amazed, I starting taking photos, from the car of course. Even then, the driving rain was getting my camera and me soaked. 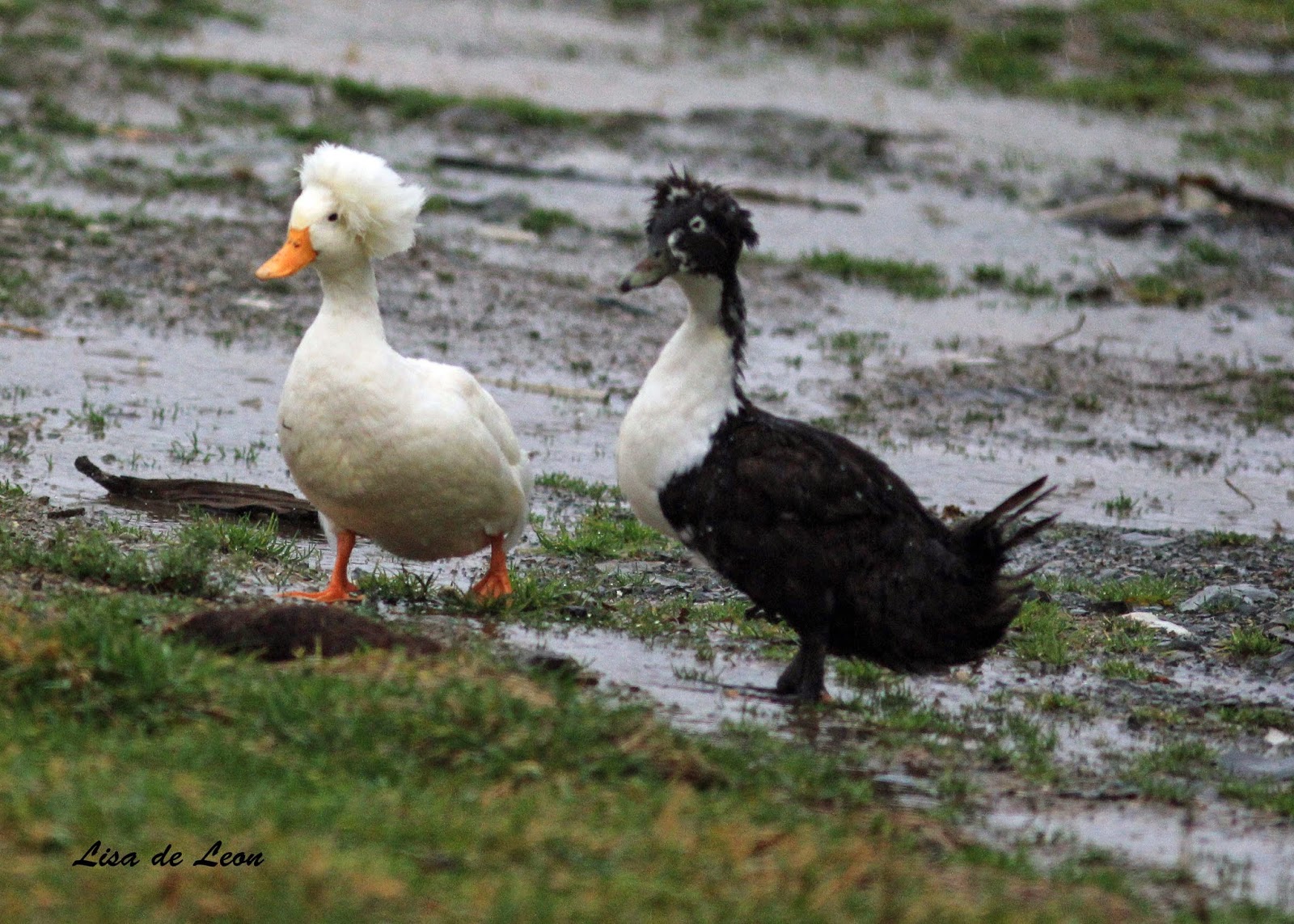 Once, I snapped out of my surprise, I began to look the flock of 40 to 50 ducks over very closely. I wondered if maybe a wild duck might have settled in to socialize and take advantage of free food. 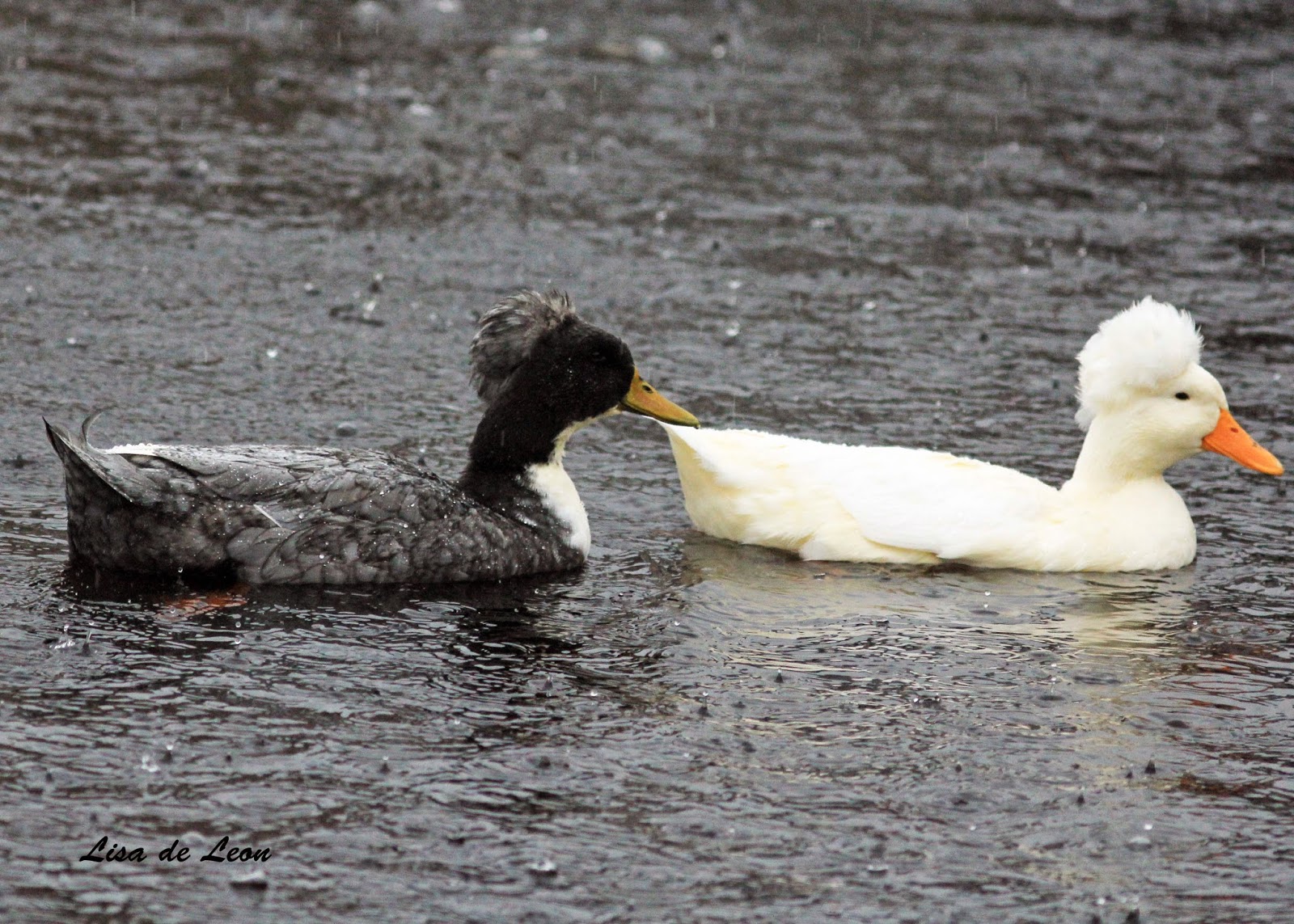 While I didn't see any wild birds, I did see evidence of wild behaviour...there were hybrids of all sorts among this flock. 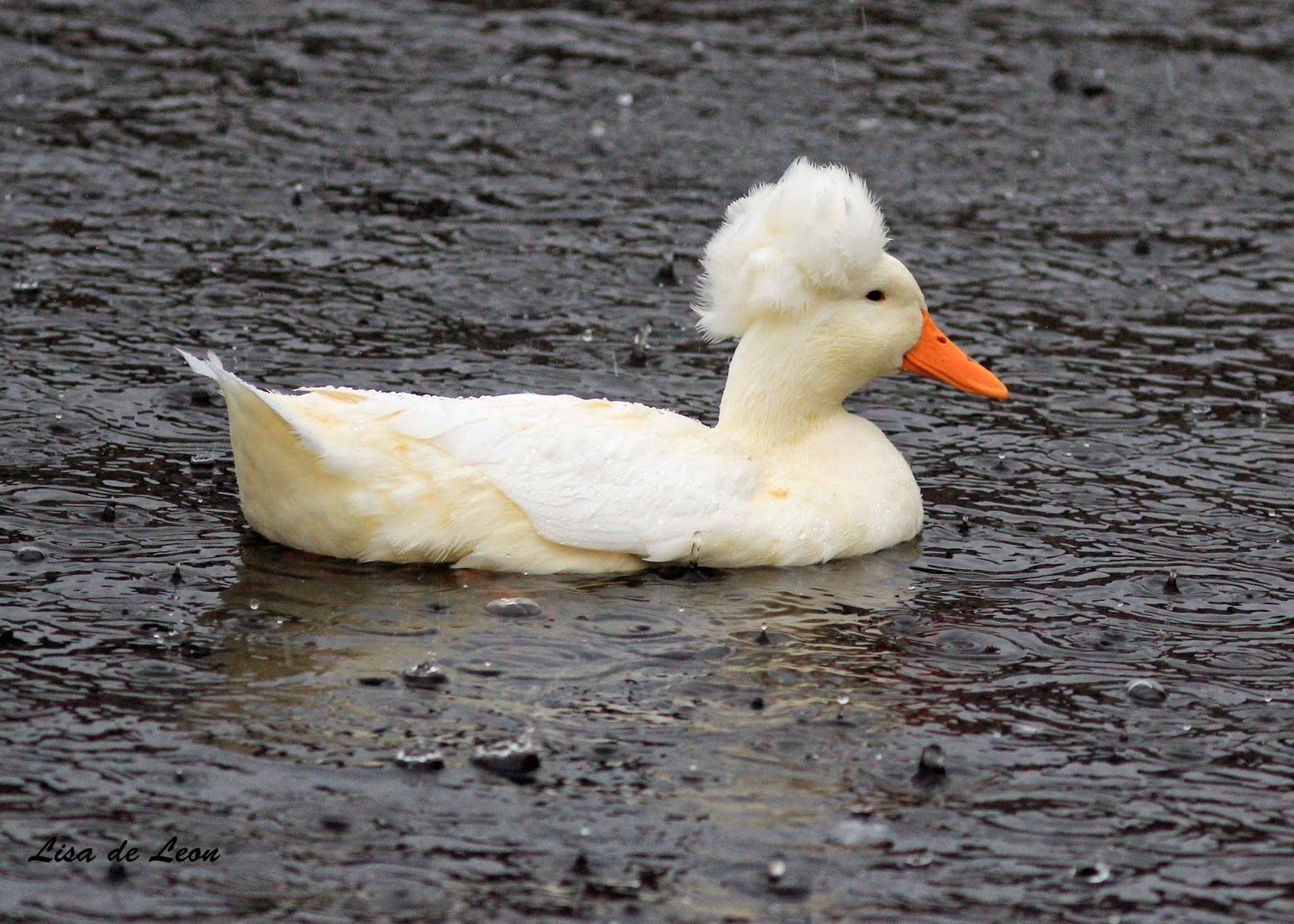 Other than the Baltimore Oriole I saw in Pouch Cove, this was the only bit of excitement on that morning. I will drop by there from time to time to see these lovely ducks and to check if anything new arrives.
Posted by Lisa de Leon at 6:35 AM