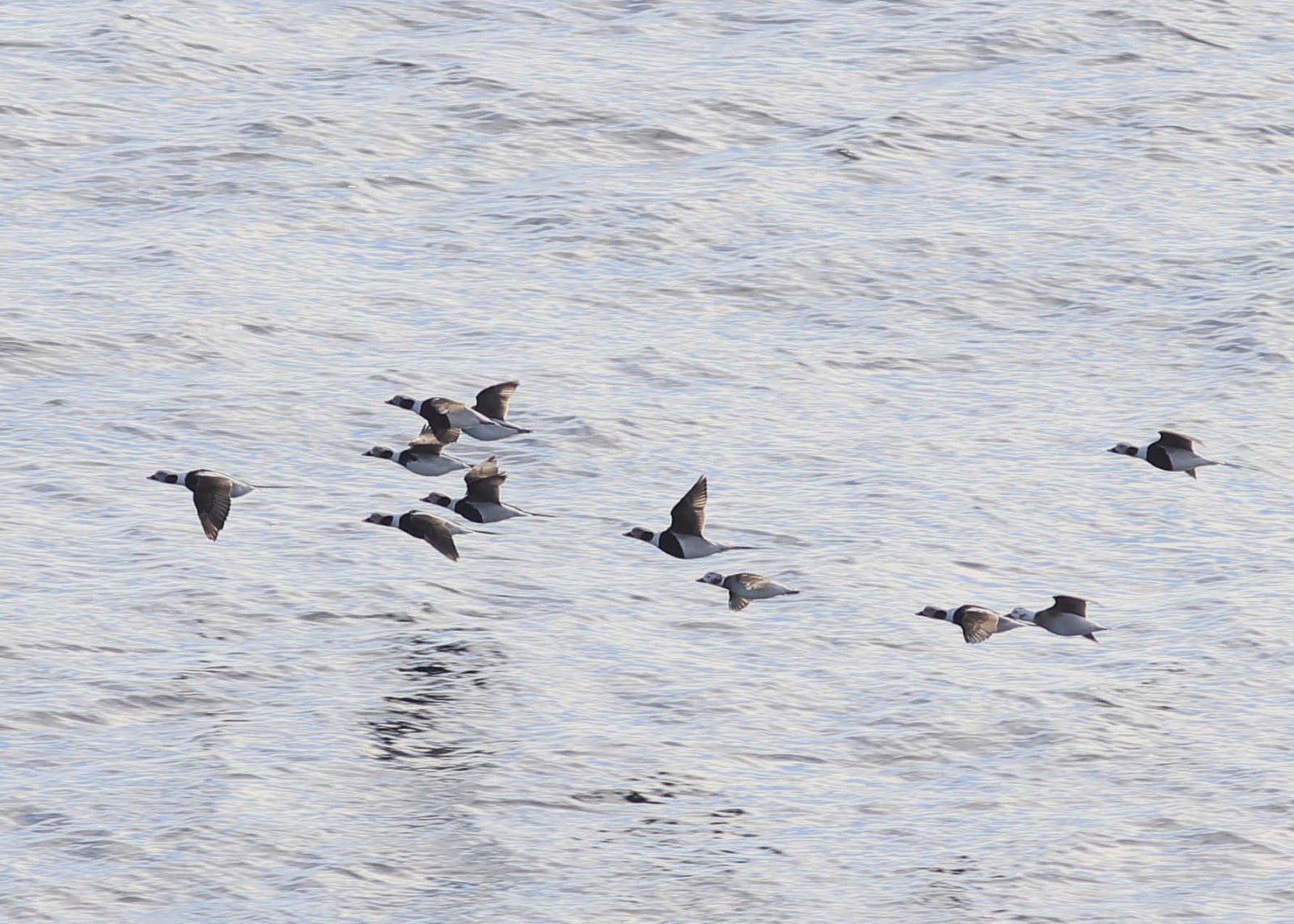 Cape Spear is one of the best places on the Avalon Peninsula to see sea birds. Among them are some pretty fancy ones. Unfortunately, getting a close and extended look at them is very difficult. Often, they just fly by and are gone again. 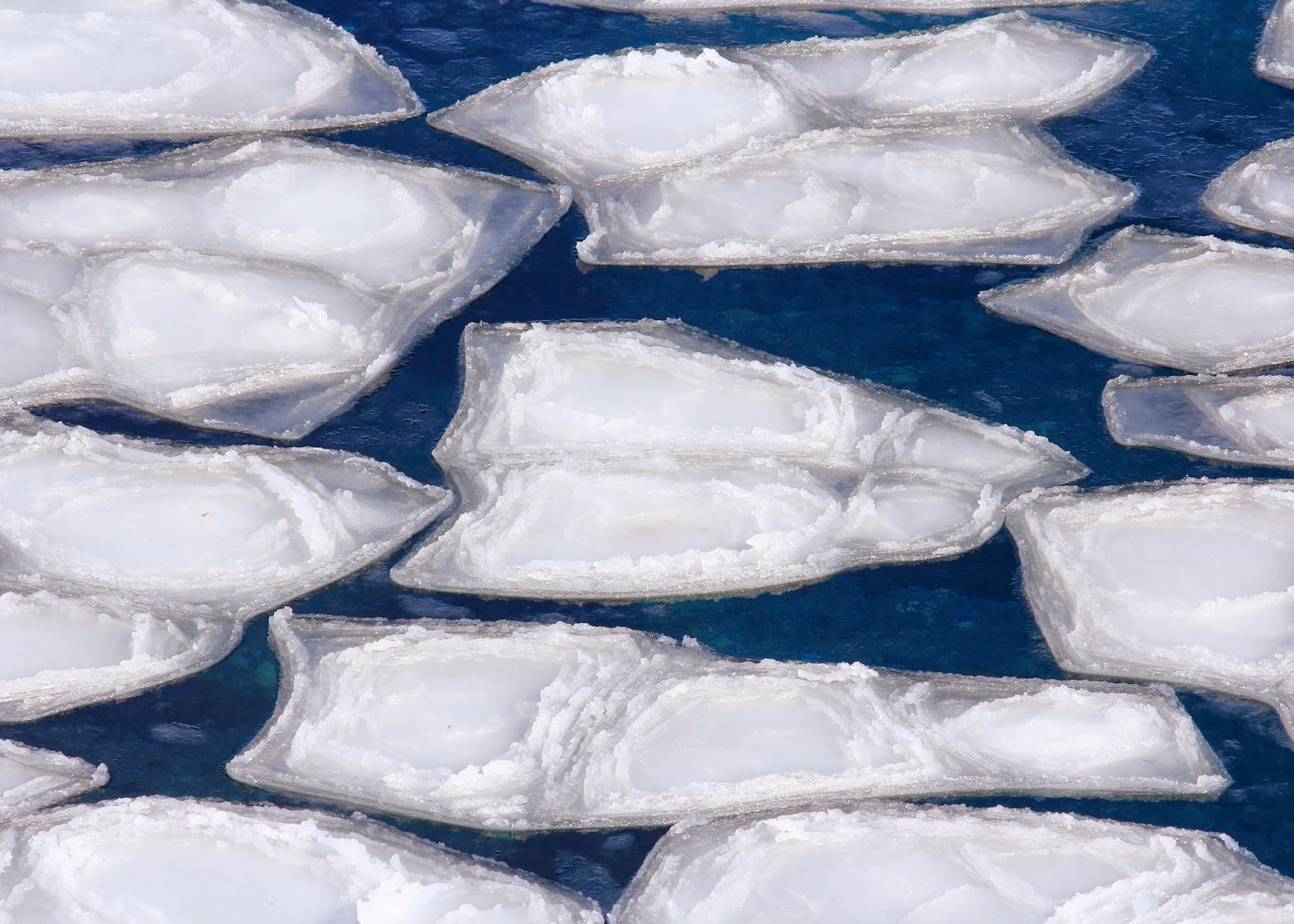 As the cold weather continues, high winds drive the ice ashore. This, in turn, often brings in the sea ducks. (These ice pans almost look like salted cod fish.) 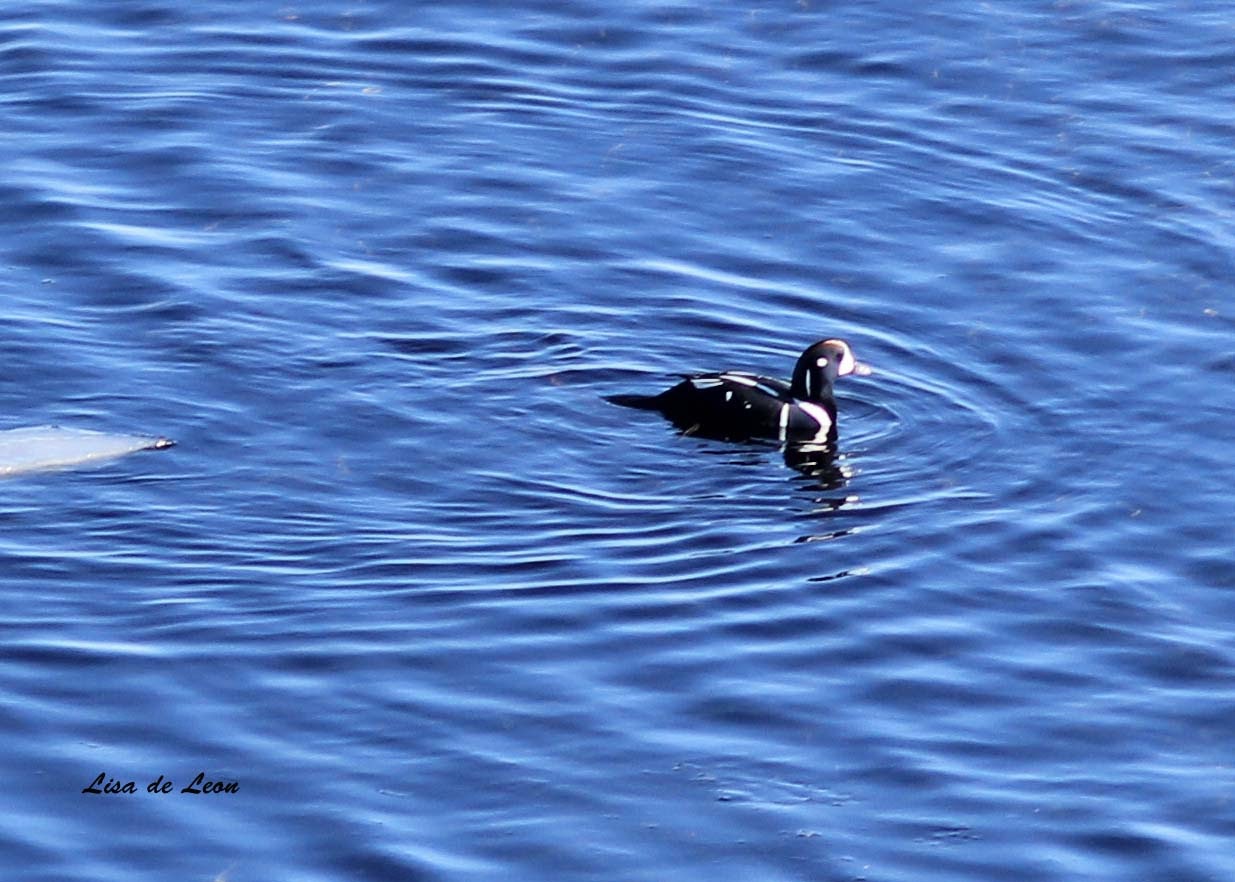 I was greeted with a nice surprise last week at Pouch Cove when I peered over the cliff. There below were two Harlequin Ducks. This is very uncommon for that area. 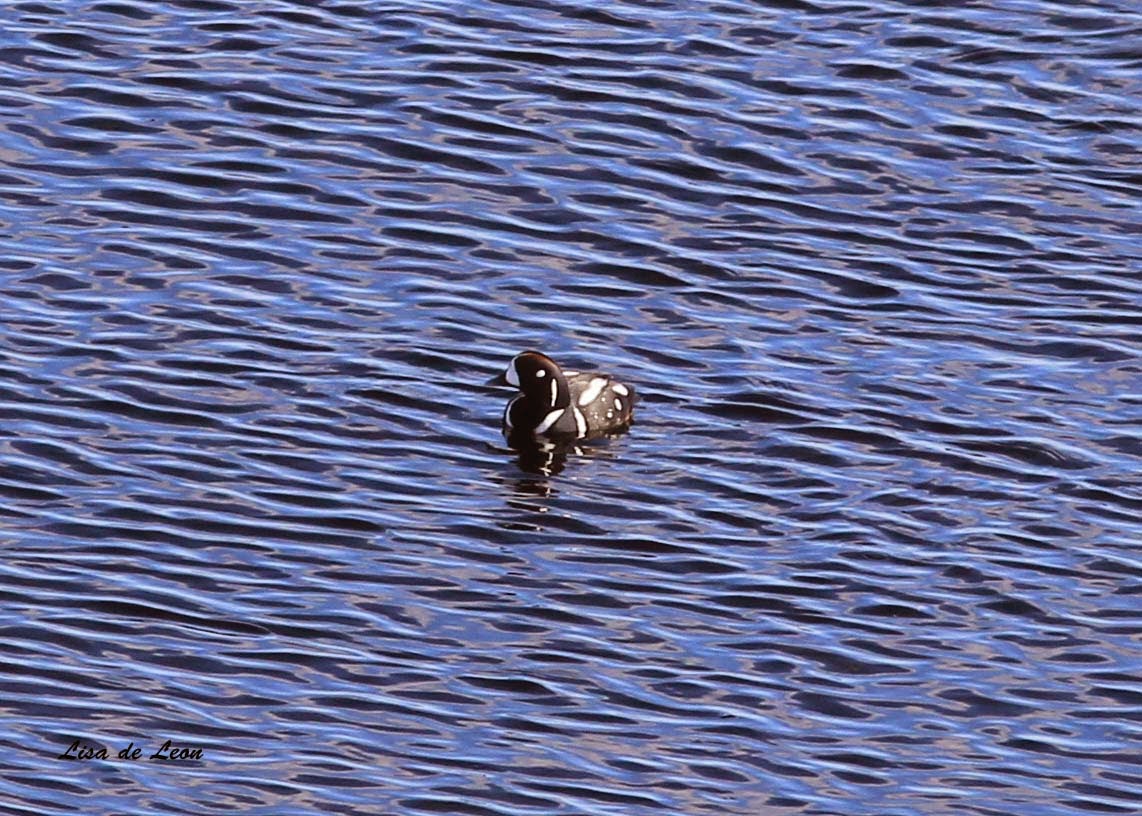 It is really strange how birding works out. For three years, I never saw a Harlequin. Now, in the last six months, I have seen three pair. 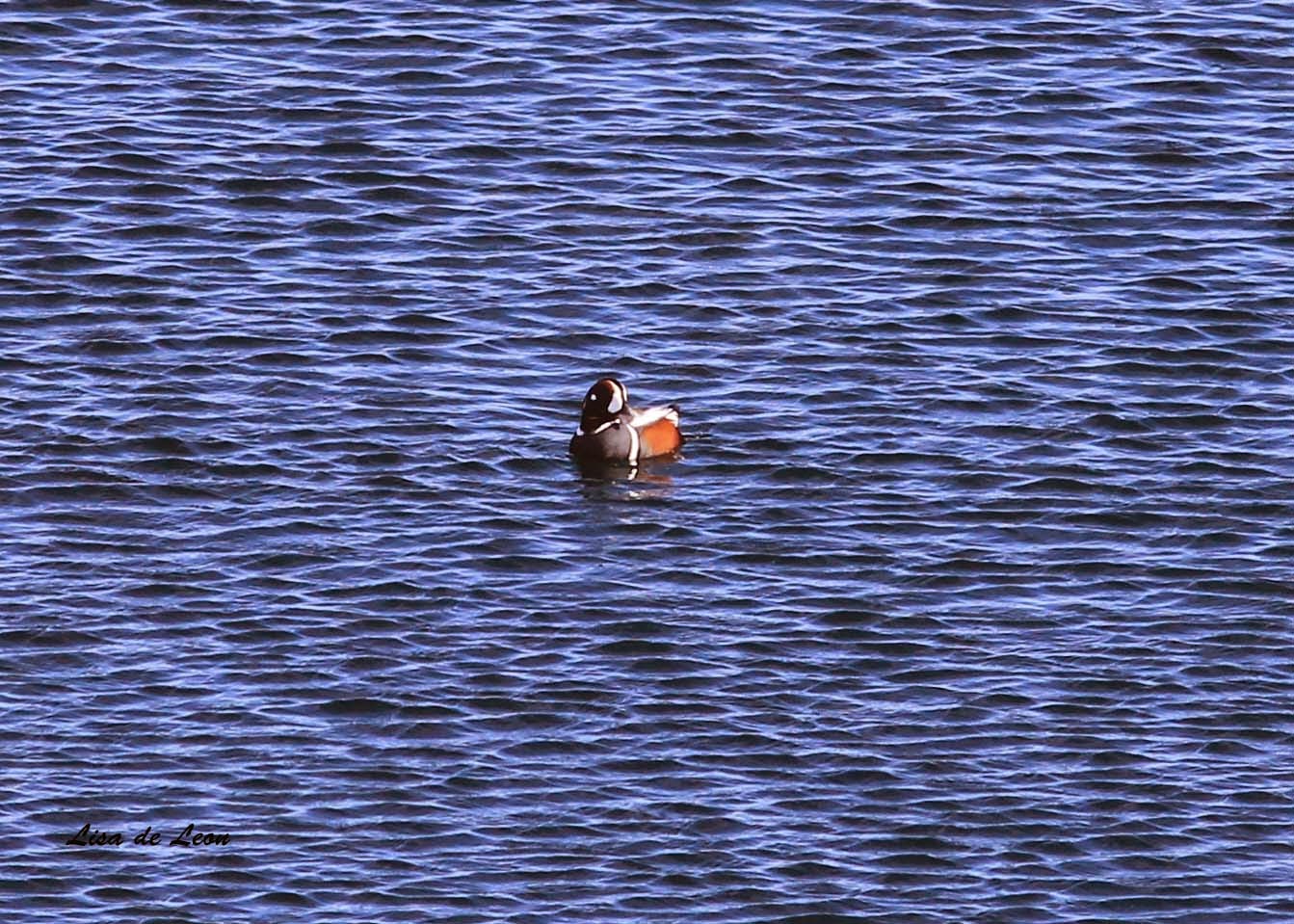 These birds were in close to shore, but the distance between me at the top of the cliff and these birds below was far...too far to generate any good pictures. The bonus on that day was the great sunshine made viewing these ducks through binoculars just perfect. 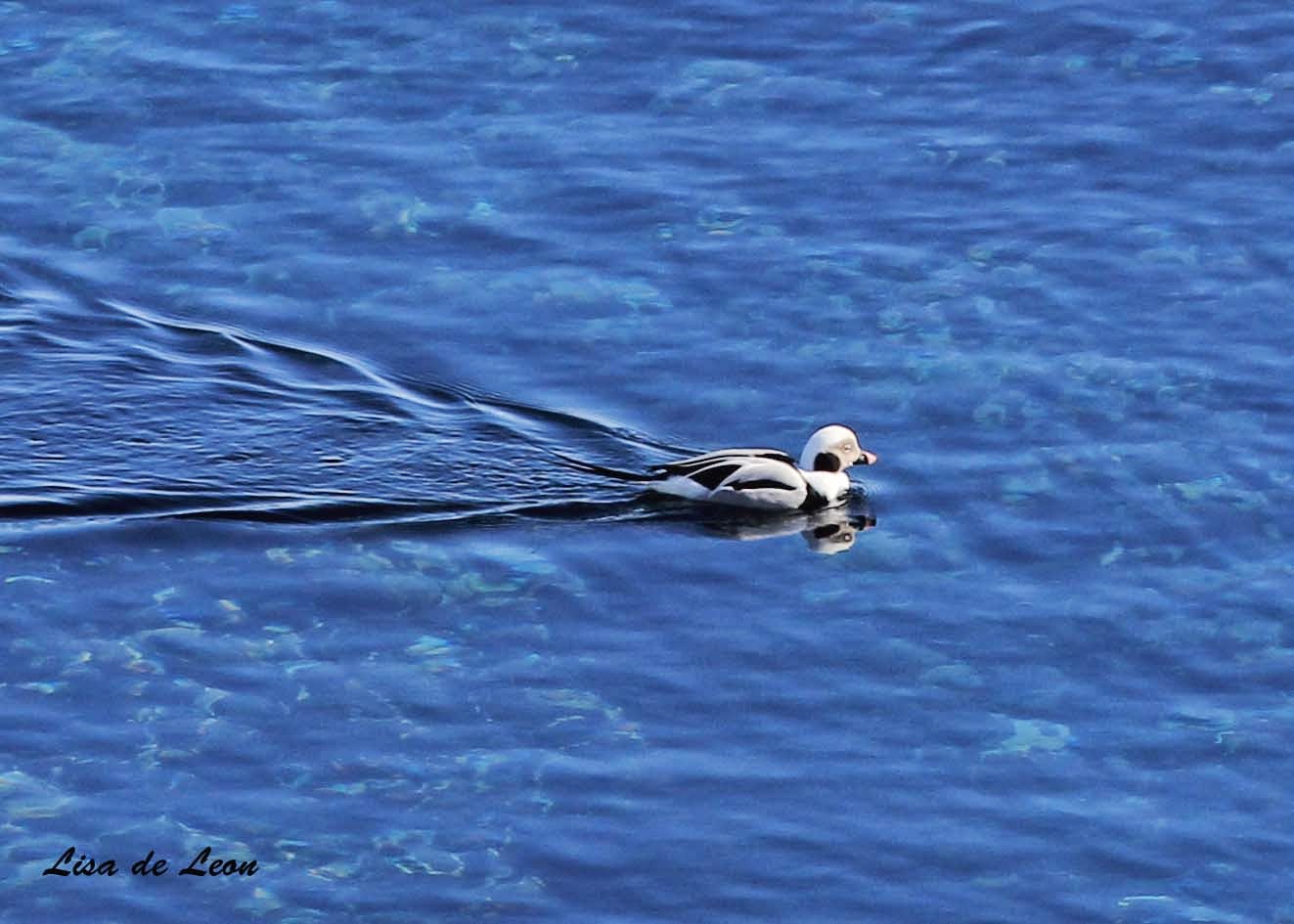 Also, hanging out with the Harlequins was this beautiful Long-tailed Duck. 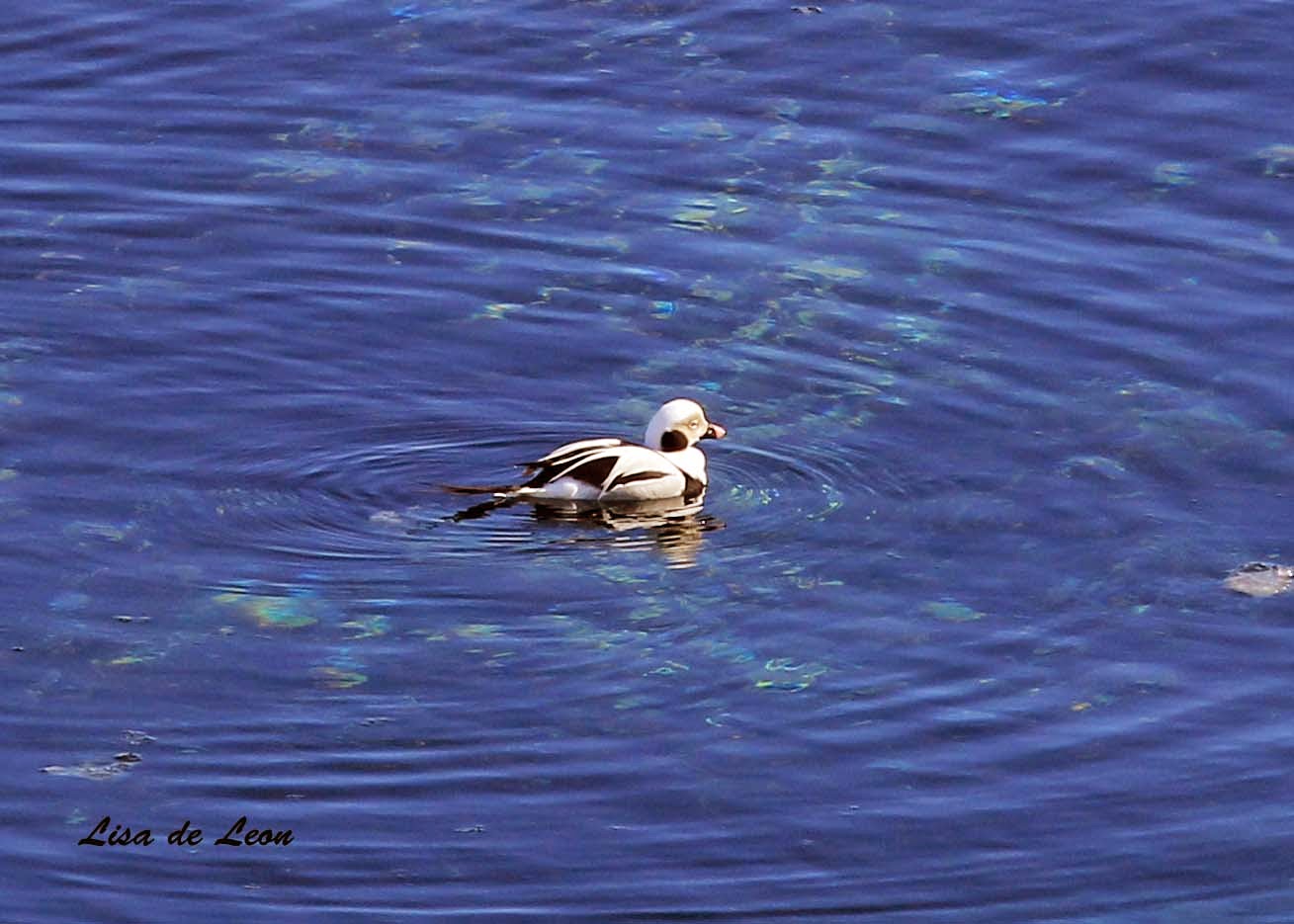 Providing my best look at this species, this male scooted around as it regularly dove to have breakfast. 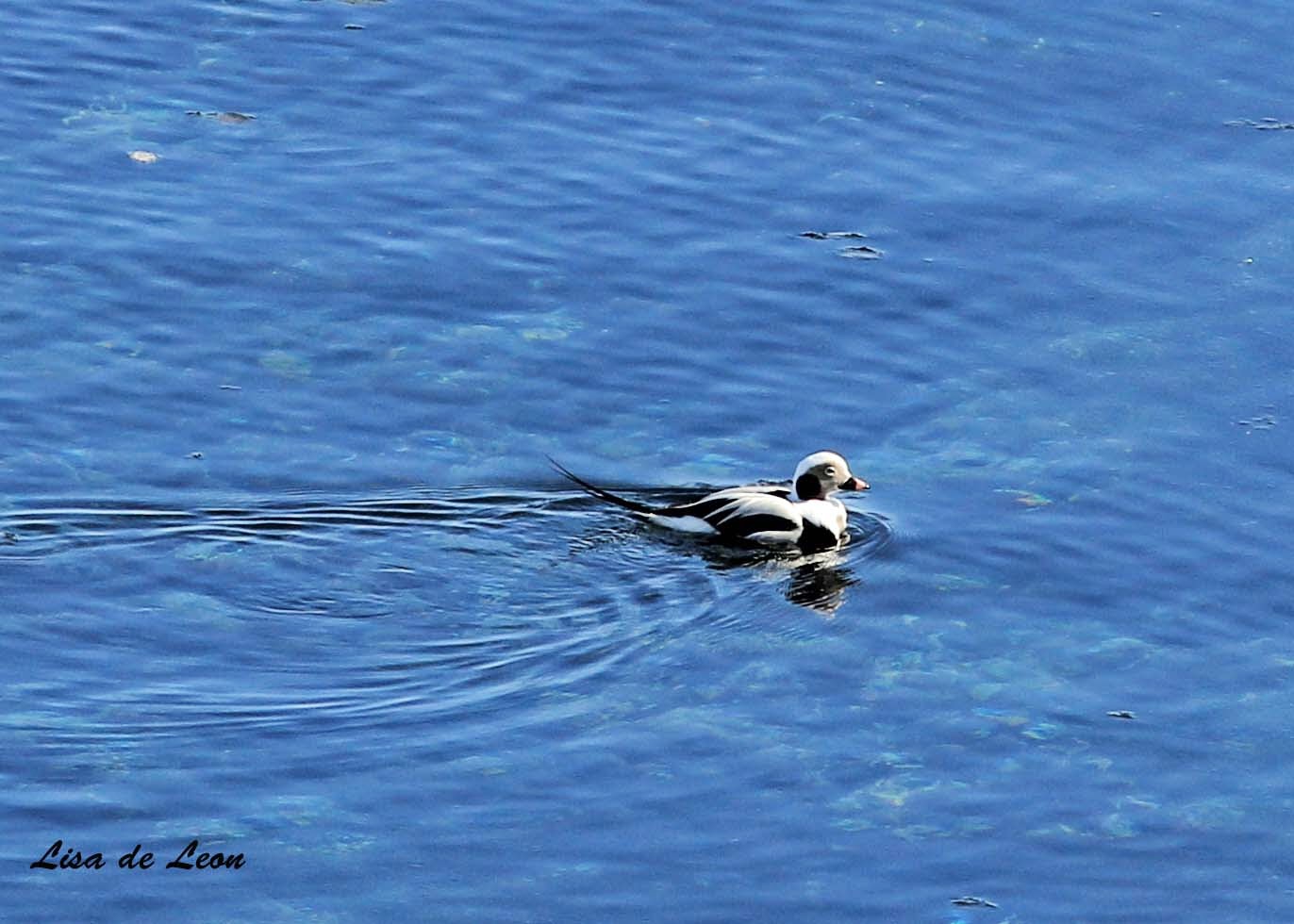 It was amazing how fast this duck could swim. It would often travel good distances in just seconds. 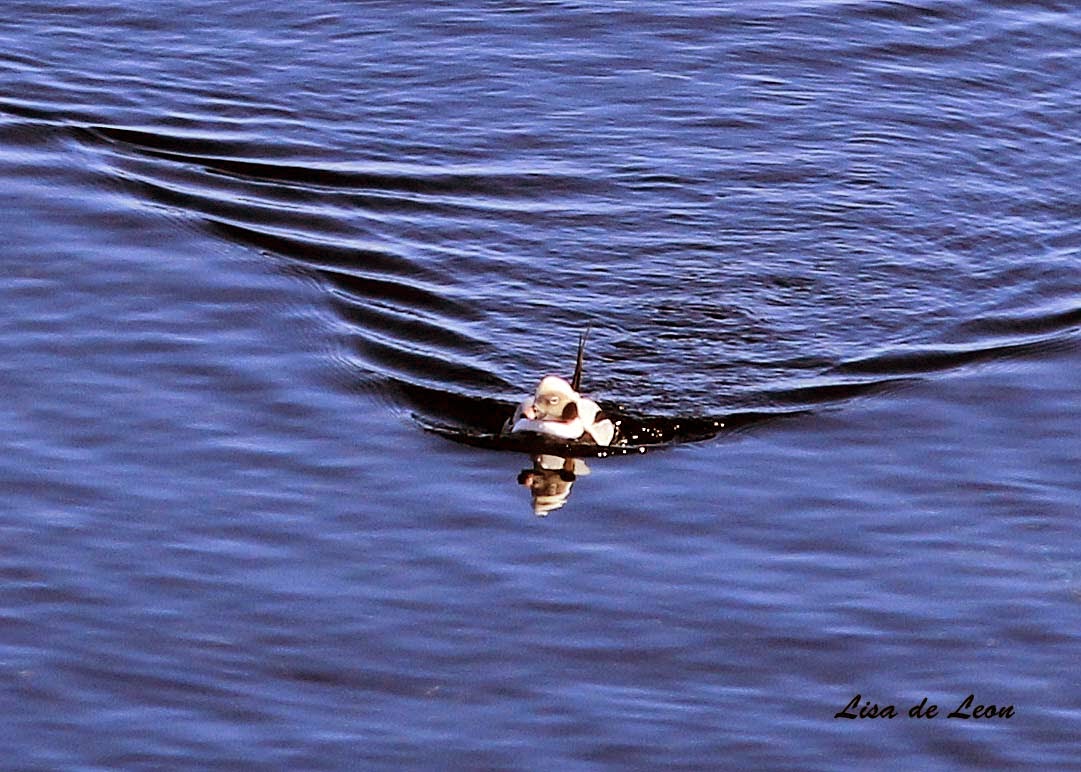 When watching these birds at Cape Spear, it is common to see three or four hundred one second and zero the next. They all seem to dive at the same time. 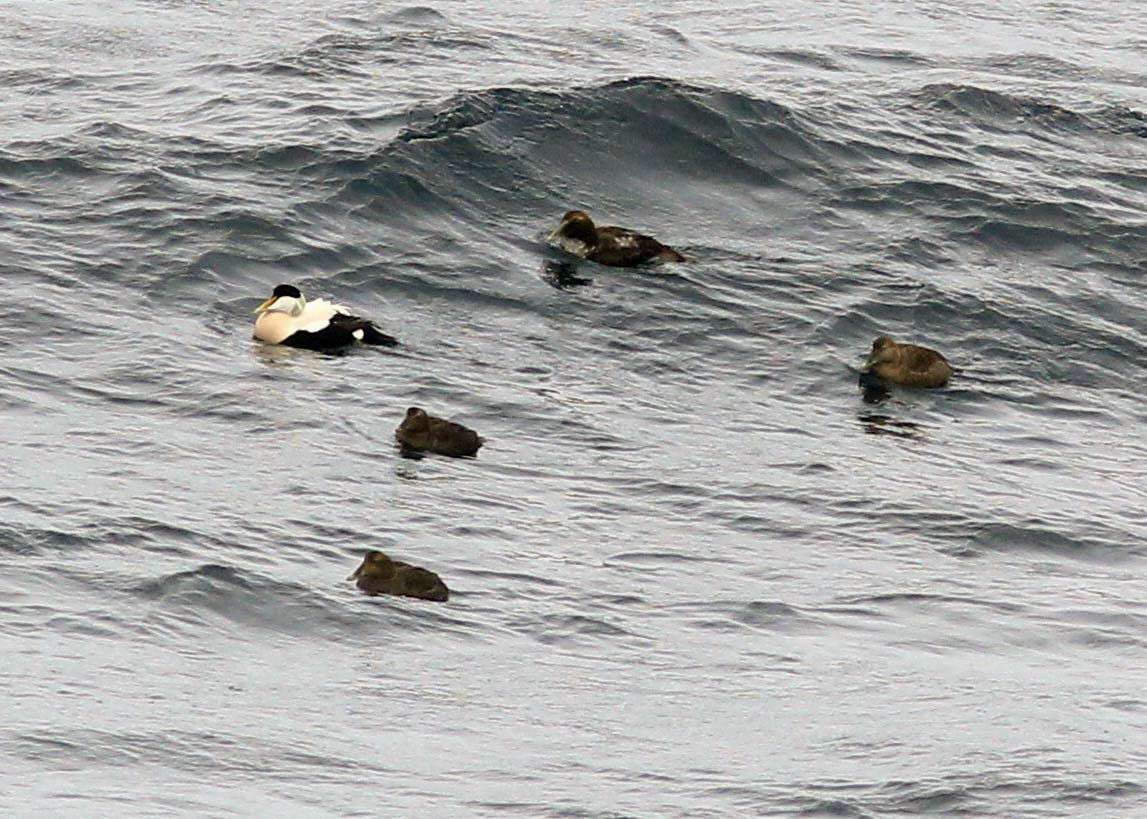 Getting a good look at Eider is also very difficult. They often stay far enough off-shore that it is really impossible to see the detail. This small group was hanging fairly close to shore in mid-January. When the opportunity arises, it is really amazing to see just how colorful the males of the species are. The most stunning of them all, the King Eider, has evaded me so far this year. That, alone, keeps be "booting" it out to Cape Spear regularly in the hopes of finding a stray male mixing with the Common Eider.
Posted by Lisa de Leon at 8:16 AM