Distance and Light and Identification 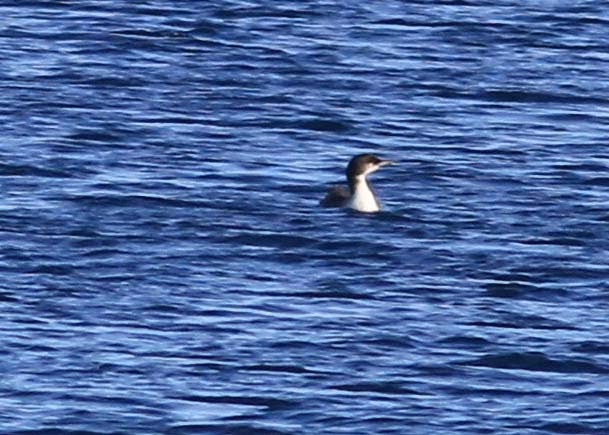 Despite the cold yesterday, it was a great day for a drive around the shoreline to check out the bays, coves and inlets. Some were surprisingly quiet, others surprisingly busy and others "chinched" with ice. 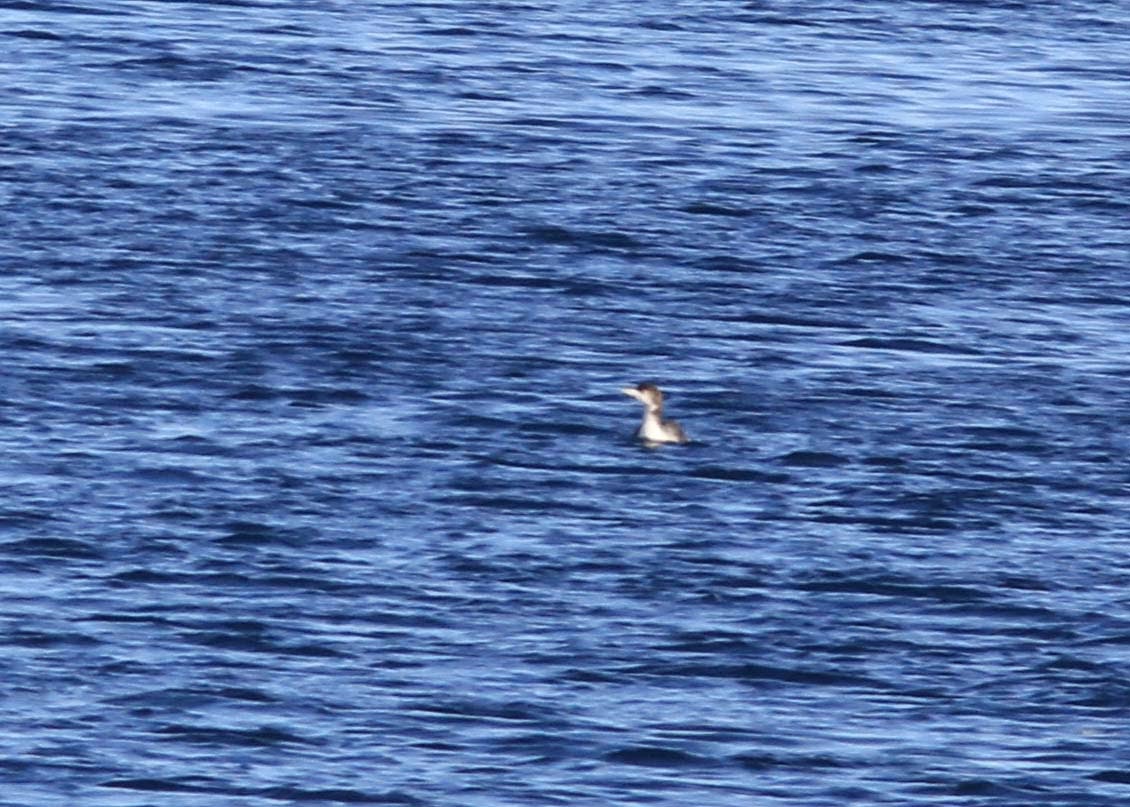 Checking out Middle Cove was on the list. There were a number of Red-breasted Mergansers in the area and one distant white spot bobbing in the calm waters. 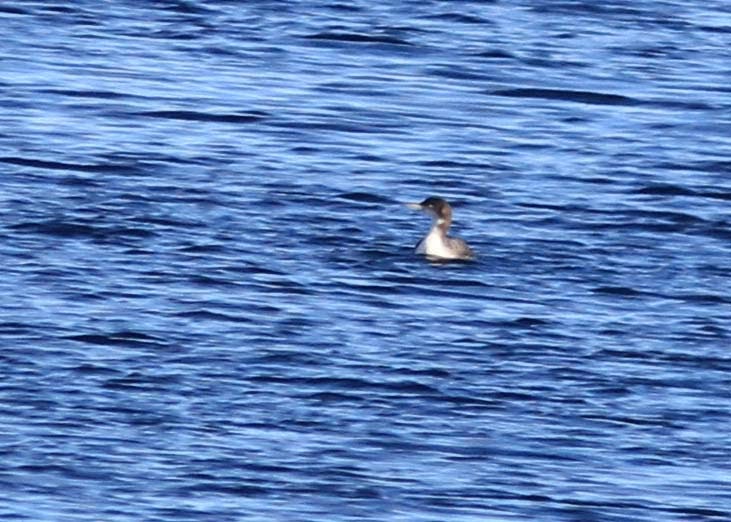 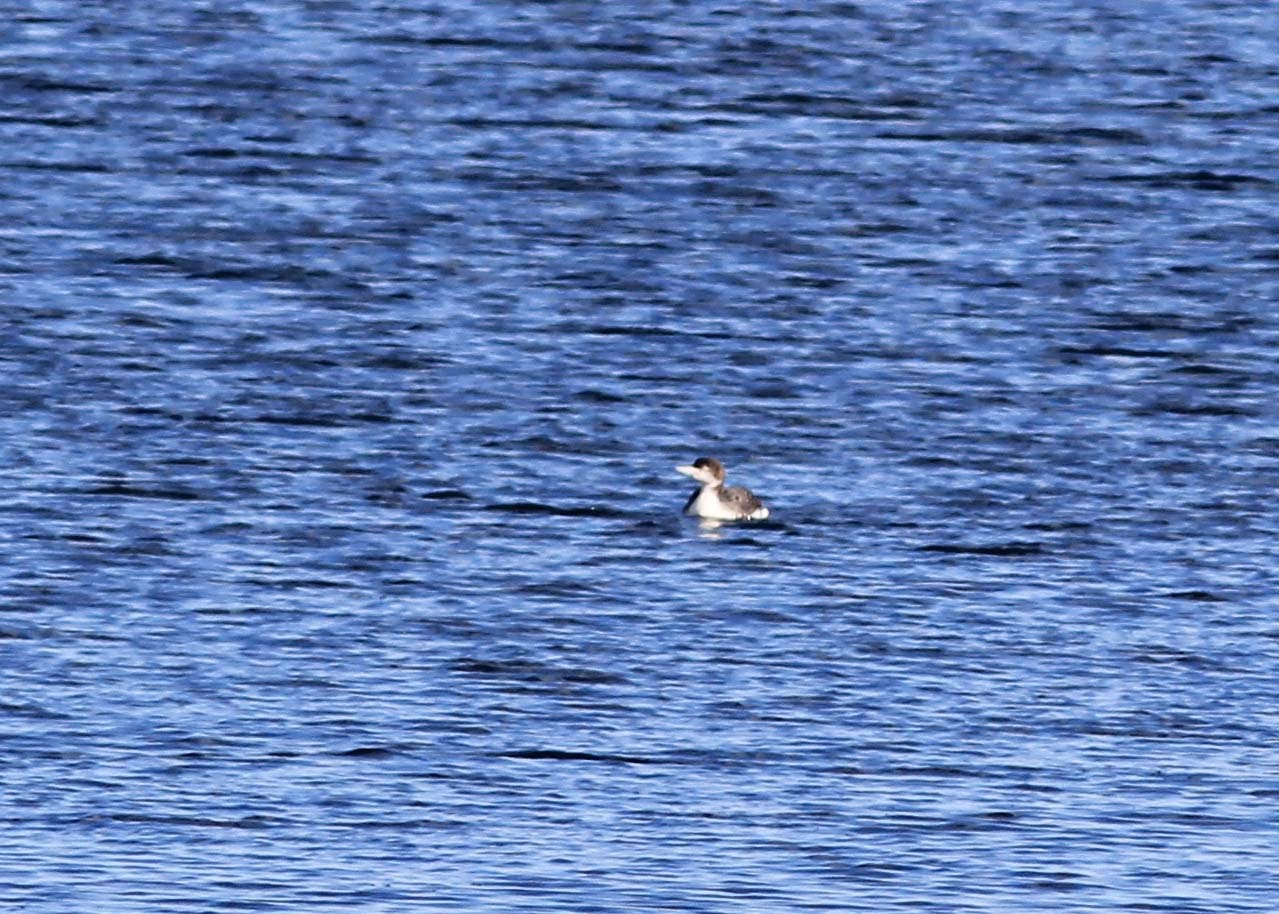 With that, Margie Macmillan and  I strained to look for other clues. It sat very high on the water, never dove, tilted its head upward, almost all the time. 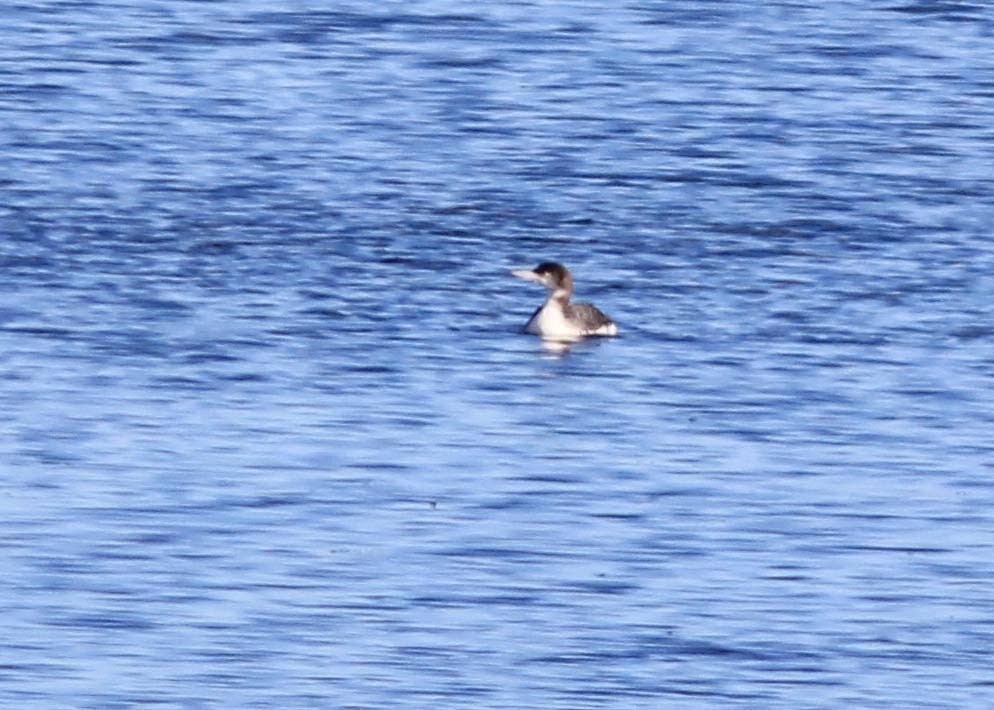 There were times when it even looked grebe-like. At times, the beak looked very short and yellow. These were pieces that just didn't fit any identification so I guess they could be called "false positives." 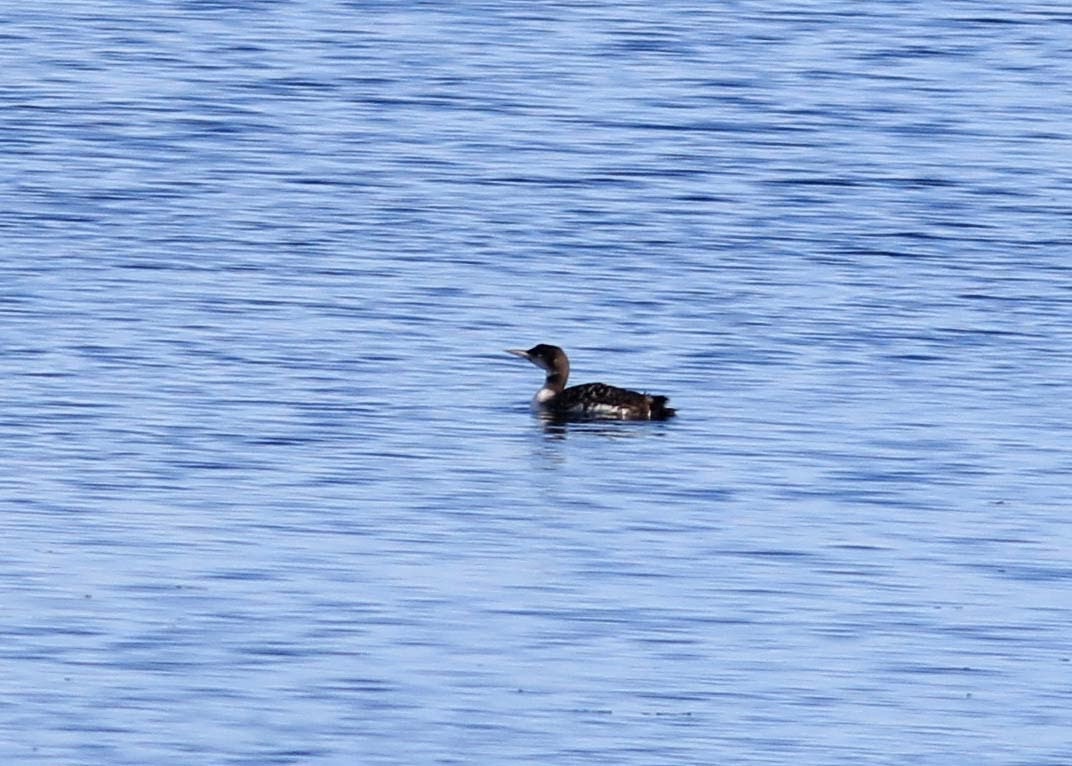 The bird finally moved in a little closer providing the best picture. It is with this shot, I was able to make a definitive ID of a Common Loon. The beak, the shape of the head and the neck band all pointed to the right bird. Perhaps I should keep this to myself, but I will tell you. We sat for nearly 30 minutes trying to make sense of this bird. What does that say about our level of engagement in an effort to make an ID? 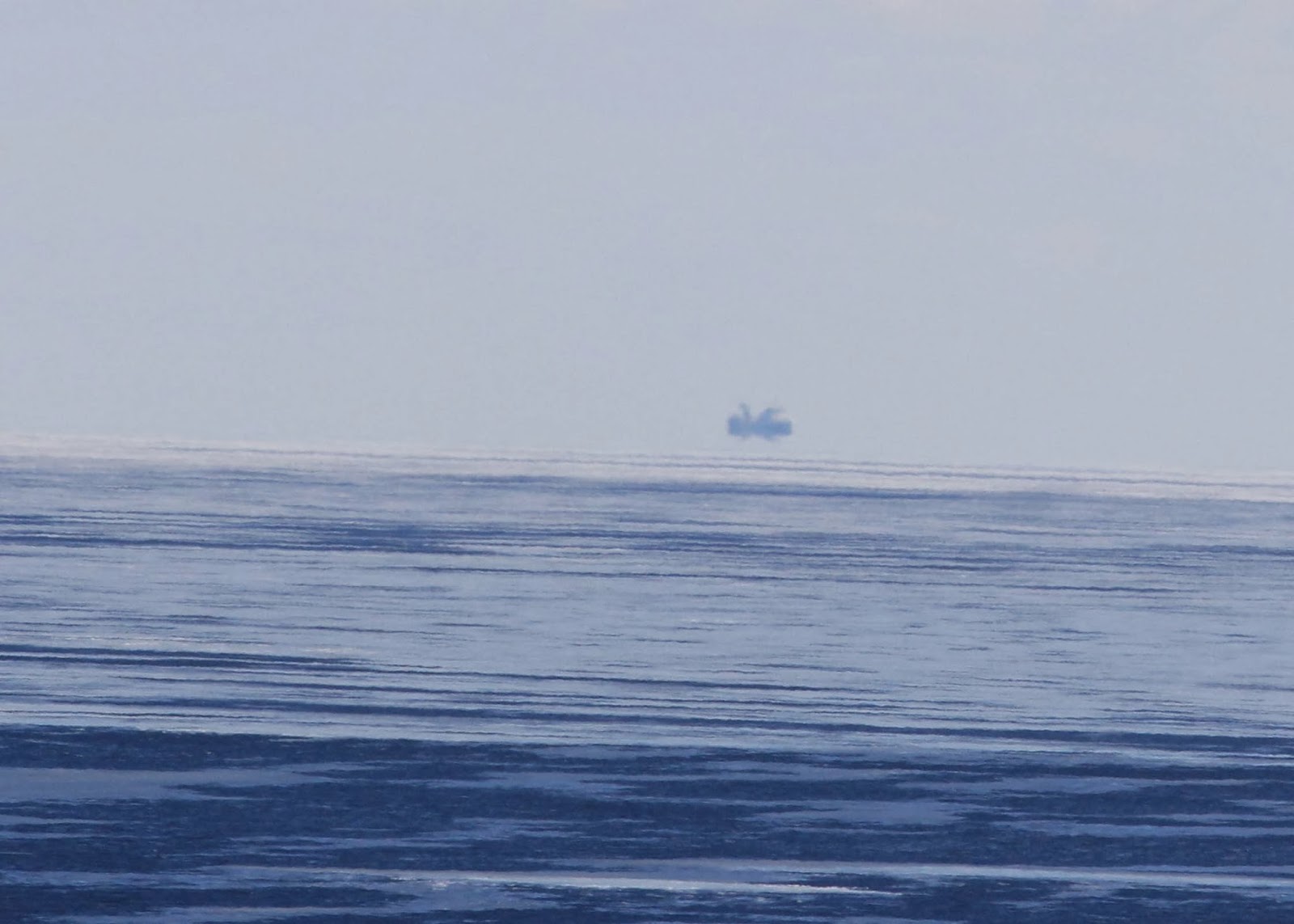 Along the way, we saw another image in the distance at Flatrock. Gazing from the grotto lookout, we saw this strange shadow that appeared to be suspended above the ice. The shape was odd, very odd. What did we conclude from this apparition? It had to be a boat!
Posted by Lisa de Leon at 8:06 AM