Black-headed Gull - One of my Favorites 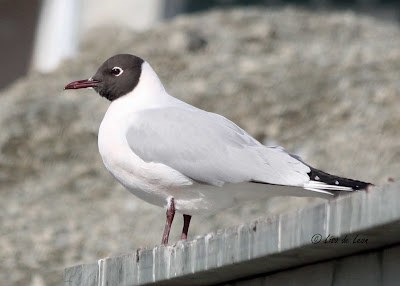 It has been a rare opportunity to be able to walk into the gated area at Pier 17 due to construction. For the last two days, the gate was open, and I ventured in with no difficulty. 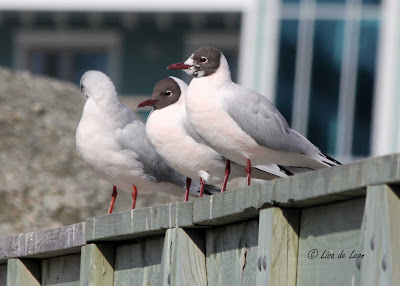 There sitting on the railing were the great little Black-headed Gulls already transitioning into their summer plumage. Some were much farther along in the process than others, and it was a great chance to compare the winter and summer bird. It seems that when the head changes, the beak and legs also become darker. 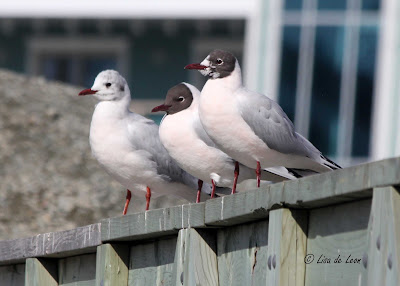 From my reading, I learned that the Black-headed Gull (really chocolate brown-headed) is a two-year gull.  I also found that this species can live to be up to 63 years old.  That is amazing!  I didn't see any decrepit ones among them either. 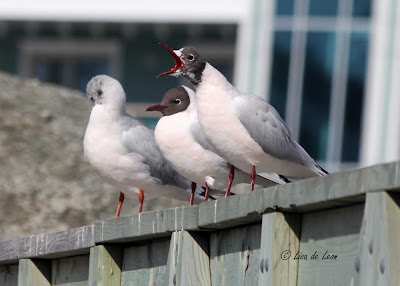 Each winter a small flock of these gulls come to St. John's to spend the winter. They are readily seen at the St. John's harbour and often at Quidi Vidi Lake.  I even found a small group of them in the soccer field on lower Rennie's River. They stay throughout the winter months and then, in March they return to their breeding grounds. These gulls will likely leave anytime. 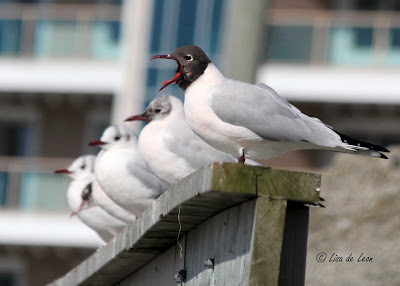 Despite their small size, this little gull is vocal and quite aggressive when it comes to feeding. It does not let the bigger gulls push it around. 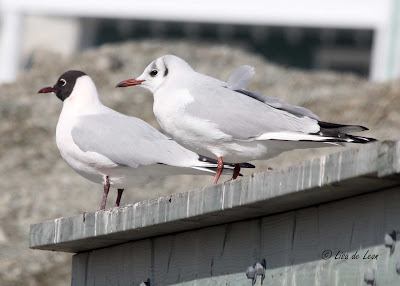 The Black-headed Gulls really keep to them selves. They will share an area but cluster away from the crowd. 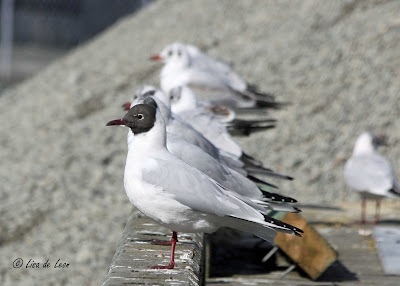 Although not easy to see in this picture, I think the second and third bird from the end are juveniles due to the brownish streaks on their backs. 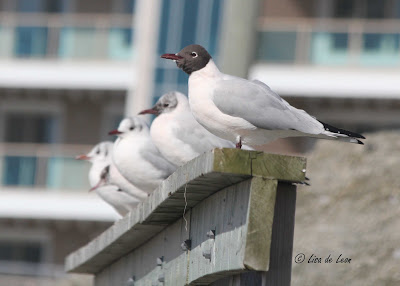 I did some searching to try to find why some of the birds appeared to be very pink. The only thing that I could find was that the birds from Norway often have a pinkish wash on their belly. It is also possible that the pink may be the result of diet.  Whatever the reason, it really adds to the striking appearance of this bird.﻿
Posted by Lisa de Leon at 8:24 AM