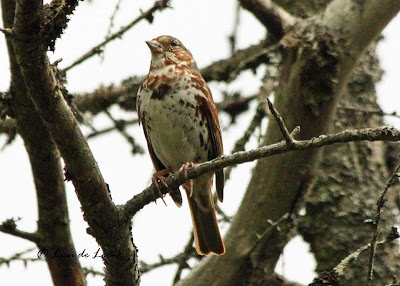 Long after the warblers have stopped singing, the Fox Sparrow can be heard throughout most wooded areas. The song of this sparrow is quite distinct, and I can recognize it from quite a distance.

While I have seen and heard this species often, it is most often high atop a tree in the distance. This photo represents one of the rare opportunities that I had this year to get up close. The markings on this bird are also easy to identify with its red-brown coloring, speckled breast and gray forehead. 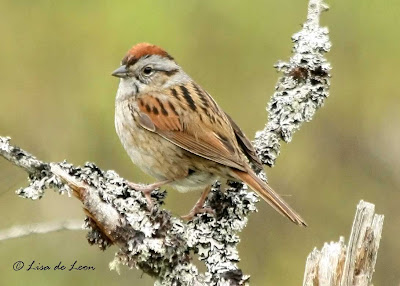 By far the Swamp Sparrow has been the most often seen sparrow of summer. They arrived early in Spring and can still be readily seen in marshy and boggy areas. They tend to stay low to the ground and will fly low and disappear into the tall plants. 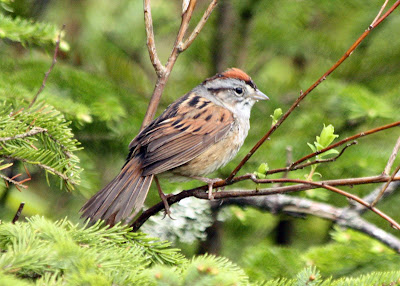 Its song is a slow, one-note trill, in some ways similar to the trill of a Dark-eyed Junco. However, the location of the song coming from low wetlands is a good indicator that the trill is from a Swamp Sparrow. 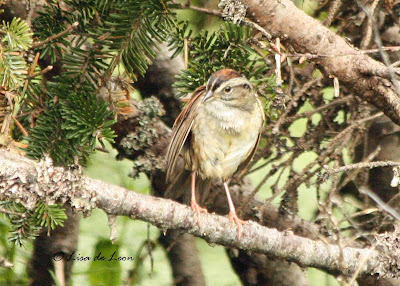 The Swamp Sparrow seems to have many faces depending on its profile and the light. Yet, there are many easily identifiable markings on this bird. The chest is plain gray; it has a rusty crown on its head that is often seen standing up; it has a dark malar line and it is only about half the size of the Fox Sparrow above. 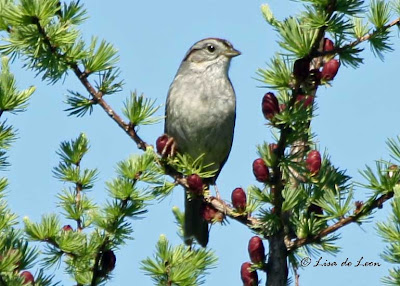 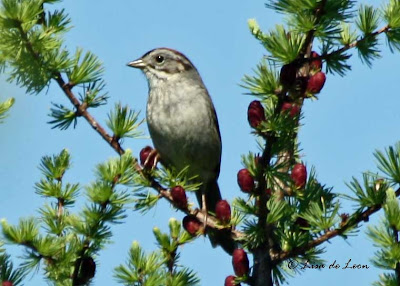 In these two pictures of the Swamp Sparrow, its red-brown streaking on the back and head are not visible. Yet, by listening to its song, noting the malar eye and the solid gray breast, it is still easy to identify. The white throat is also quite visible. 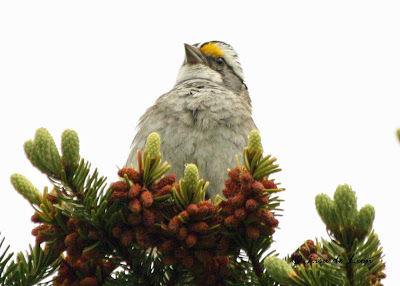 The White-throated Sparrow has been one of my favorites this year. The white and black stripes on the head, the pure white throat and the bright yellow patch just in front of and above the eye make this bird an easy one to identify.   Please note that like the Swamp Sparrow it has a plain breast. 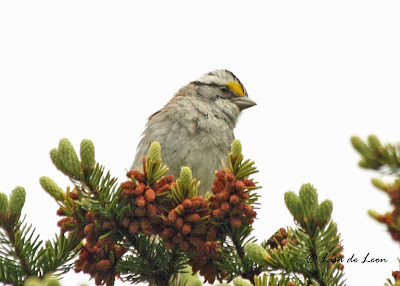 Its whistling call can also be heard from a long distance. I have seen this bird frequently in Goulds this year and saw one just yesterday enjoying the sunflower seeds fallen from a feeder in Torbay. 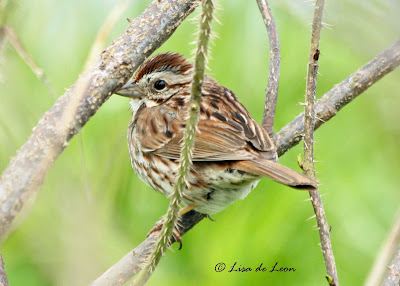 I have seen the Song Sparrow less often this year than the above species. This bird has little color with varying shades of brown and gray on its body.  I heard the Song Sparrow singing as recently as last week.  Some think the song of this sparrow is the sweetest of all. I'm not sure that I agree. 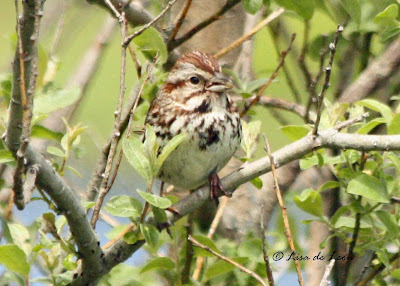 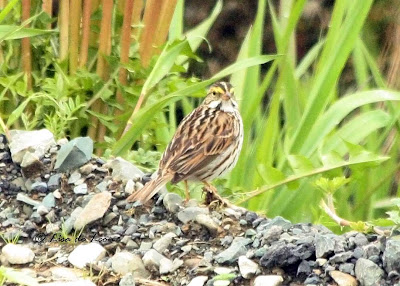 Seen much less often this year is the Savannah Sparrow. It is another of the streaked sparrows. Its head is tan and white with dark brown stripes on its head separated by a pale stripe down the middle. Its pale yellow eyebrow is one of the easiest marking for me to make the ID of this bird. 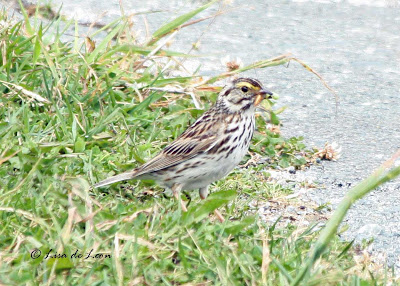 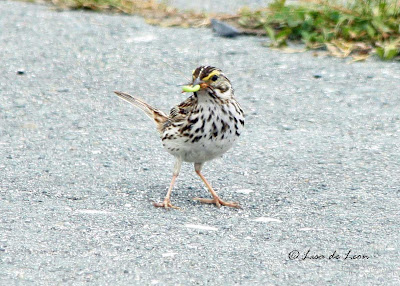 Like most sparrows the Savannah stays close to the ground and is known to be an able runner. It may disappear into a patch of tall grass and begin running through the growth and not be seen again. I have not knowingly heard this bird sing.

One thing that has been common among the sparrows has been their regular chipping. If not in song, they can often be detected by their chipping sound echoing through the woods.

So these are the only sparrows that I have seen this summer, totalling five. There have been other species located off the Avalon Peninsula but I haven't been so lucky, yet.

It is also interesting to note that the names of the sparrows are extremely fitting to their look or sound, all except the Savannah. It was so named because it was first identified in Savannah, Georgia.  There is still ample time to enjoy the Sparrows of the Avalon before the end of the summer. Last year, I had a number of sparrows visit my yard. So far this year, that has not happened. I shall keep watching for them.
Posted by Lisa de Leon at 7:06 AM