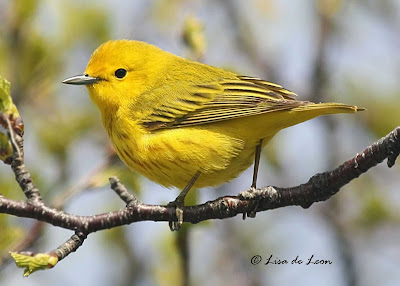 I was out for my morning walk yesterday when I came across a Yellow Warbler singing. This is becoming less and less common so I stopped for a moment to enjoy it. (This pic of a Yellow Warbler was taken on a previous outing.) 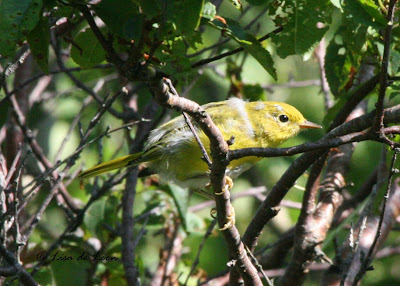 While standing and listening to this great little summer bird, in flew another bird that looked very different. It was yellow, had a distinct eye ring, a pinkish beak and plenty of gray on it. 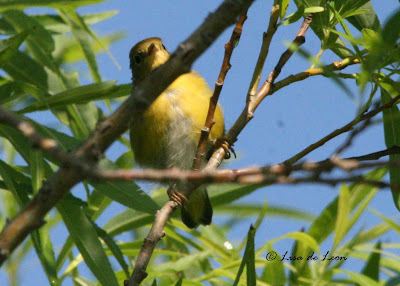 What could this be?  I took pictures of each angle so that I could look it up when I got home. There were similarities between this bird and the Tennessee Warbler and the Nashville Warbler but there were just as many differences. Searching through several bird guides, I couldn't find a bird that looked like this. 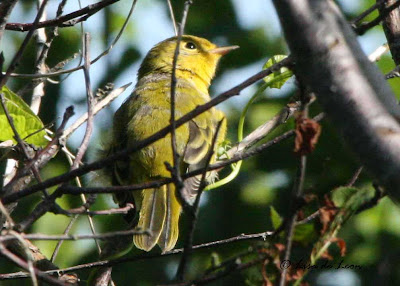 Well, as the saying goes...."Fool me once......" I will surely be able to identify any immatures such as this one the next time I have an encounter.
Posted by Lisa de Leon at 10:19 AM