Started the day bird watching but ended up whale watching 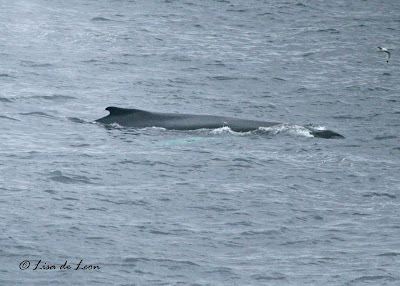 Early yesterday morning I headed out to Cape Spear in the hopes of seeing some sea birds, namely shearwaters. Then, if I saw them I hoped that I would know what I was seeing. It wasn't a hot day by any means but it was comfortable enough and there was very little wind. These days, I just have to "settle" and go out "like" it is a hot summer's day. 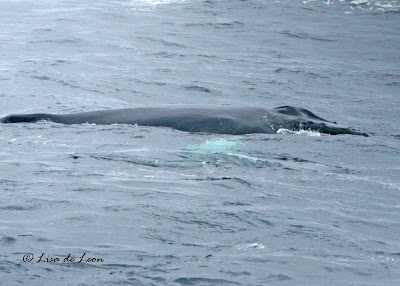 When I got to the cape I headed down to the point and began scanning for birds. All of a sudden I heard a bit "blow" and looked over to see a humpback whale moving quickly around the point. I watched and tried to take a few pictures but it was not close and it would go under for long periods of time and then come up even farther away. 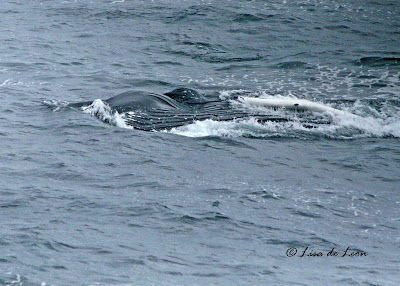 From the point I walked up to the lighthouse where others had been watching the whale as it disappeared into the fog.  On my way down from the lighthouses, I noticed an adult whale and a small whale feeding in the cove. I hurried down over the many steps and took up a viewing spot on a rock. Again, they were quite far away but with binoculars I enjoyed the show. 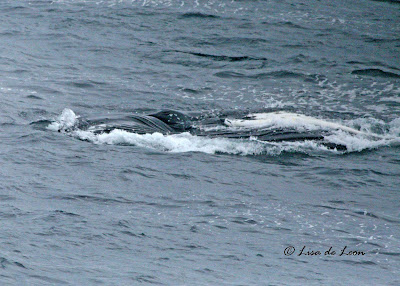 After about half an hour the pair started to move along shore toward the lookout. I hurried along the coast line and was able to get a shot or two as they moved quickly on their way. I got to the viewing area where many others, tourists included were watching the movement. 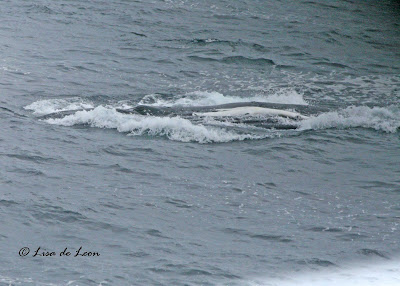 Right on cue just below the viewing stand, the adult Humpback Whale turned over in the water. There were many "ah's" and "ooo's" from the onlookers. 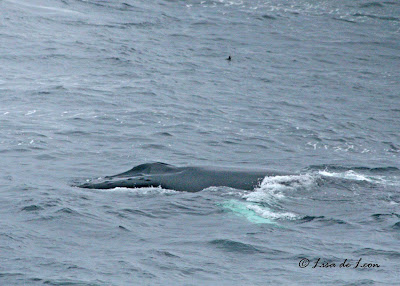 I watched and photographed the event and then began to think that the little whale was not keeping up with the adult. I think the adult made a quick turn to go back and get the little one. 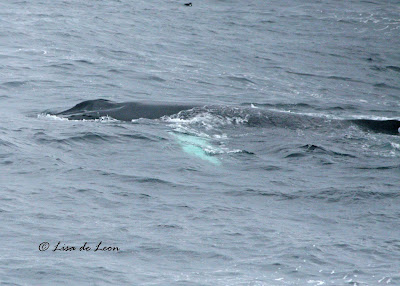 She hurried along with clear purpose going back in the same direction from which she had come. 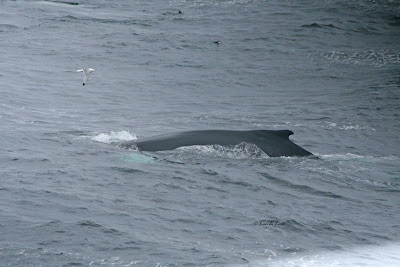 All of the spectators were really enjoying the unexpected detour that kept them around a little longer. 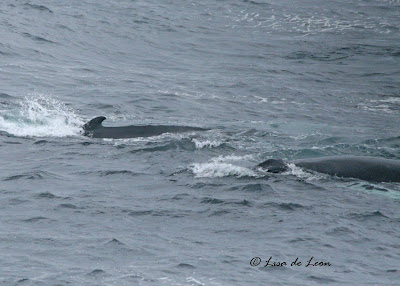 Within moments she caught up with the little one and they surfaced together heading back toward the feeding ground in the cove. 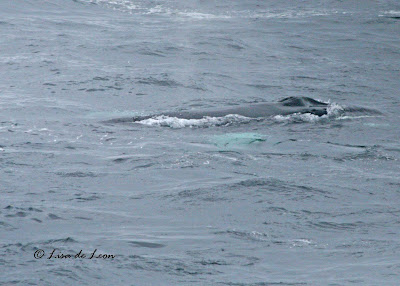 They disappeared for a few moments and then resurfaced facing the other direction once again moving around the point. They must have made the turn deep under water this time because there was no displaced water.  The adult surfaced first followed by the small whale. 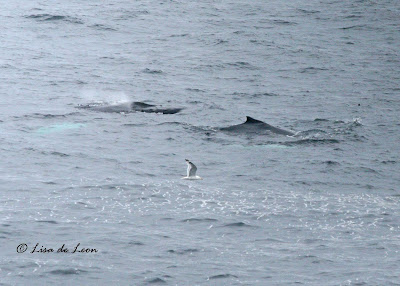 In no time they were once again heading around the cape to disappear in the distance.

All in all I saw five whales yesterday morning. While I did see Northern Gannets, Atlantic Puffins, and Black Guillemots, I didn't see any shearwaters. Nevertheless, I was not disappointed with the morning's trip. Viewing whales in the wild is a spectacular event not to be taken for granted by us who can see them from most any shoreline these days.
Posted by Lisa de Leon at 1:41 PM