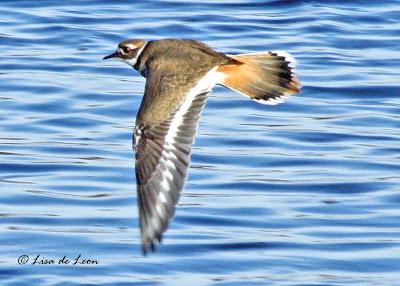 When in Arkansas in July, I came across a group of Killdeer near the swamp. More than a dozen scurried around my feet blurring almost every image I tried to capture. I posted only two shots from that experience for that very reason.

On Saturday past I took an impromptu jaunt down the Irish Loop in search of birds; any birds please me. At my first stop, the beach in Renews, the first bird I came across was this Killdeer. It had the near beach to itself and didn't seem too bothered by my presence. 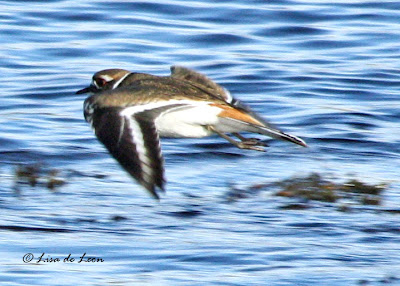 Every now and again it would take flight and land in another spot close by. The Killdeer is a resident of North America, including most of Canada. While Killdeer visit Newfoundland most often in the Fall and Spring, they are not a common bird in this area. This year, so far, I have heard of six to eight sightings. 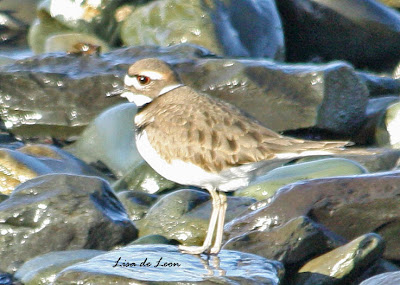 This shorebird is a member of the Plover family and is likely the only one that still has the summer-like plumage in the Winter. On the same day that I saw this bird, I also saw two Black-bellied Plovers (one small and one large) that have markings that look more like sandpipers than plovers. The Killdeer is easily distinguished by its two black breast bands. It also has a great rufous rump as the first picture shows. 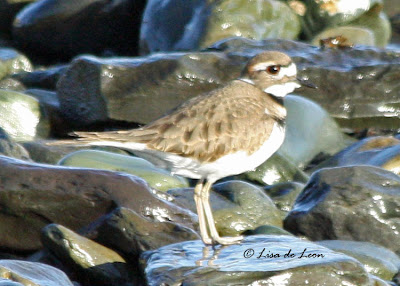 I recently added a link to the Newfoundland and Labrador Winter Bird List that is being compiled by Dr. Jared Clarke. It is really exciting to watch this list grow and the province-wide cooperation that goes into its development. Anyone considering a winter vacation in Newfoundland should certainly add some birdwatching to the agenda. There have already been several rarities posted and they are still sitting on the Rock.
Posted by Lisa de Leon at 9:30 AM