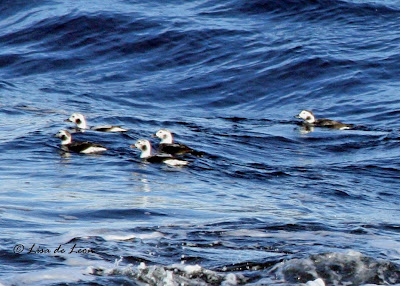 It was at this time last year that I saw my first Long-tailed Ducks. I think it may have even been in the same look-out on the Irish Loop. When I checked last year's posting, it was clear that these pictures were better than those so I decided to upload and share the slightly improved batch of pictures. 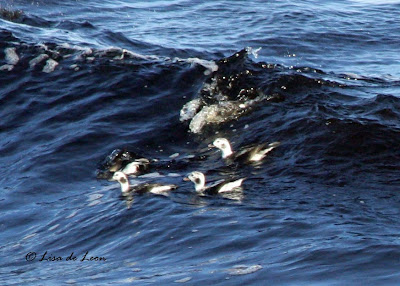 The series of pictures that I selected really tell the story of sea bird watching. First, typically with binoculars, I spot something in the water and stop the car.  From the car window, if possible, I watch and get a few pictures. These five LT Ducks were having a grand time riding the waves fairly close to shore. 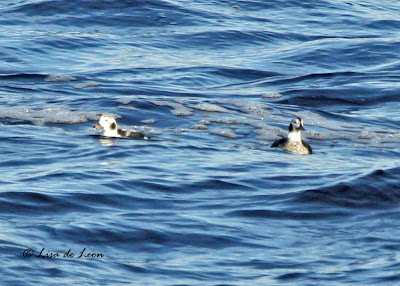 I watched and took pictures as usual. Then at some point, like they have a special people-sensor, they seem to notice that something is not right. They begin to look around. 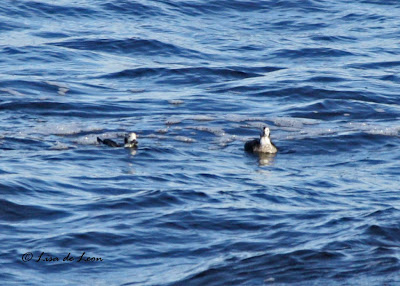 Within moments, they have spotted me and playtime is over. At this point I realize that if I am going to get any more pictures that I need to hop out of the car and get as close as possible because they are surely going to move off-shore. 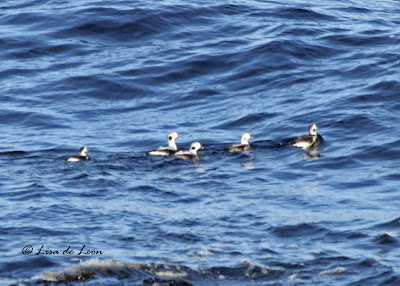 Predictably, they reunite in their small group and head off. They don't rush, but they effectively put distance between them and me. This is also very common with other sea birds such as the Loon, the Black Guillemot and the Common Eider. They just slowly drift against the tide to "higher ground."

I was happy to get a better look at this group and it was not until I was home with my guide book that I identified them. This group does not show the long tail.
Posted by Lisa de Leon at 7:02 AM